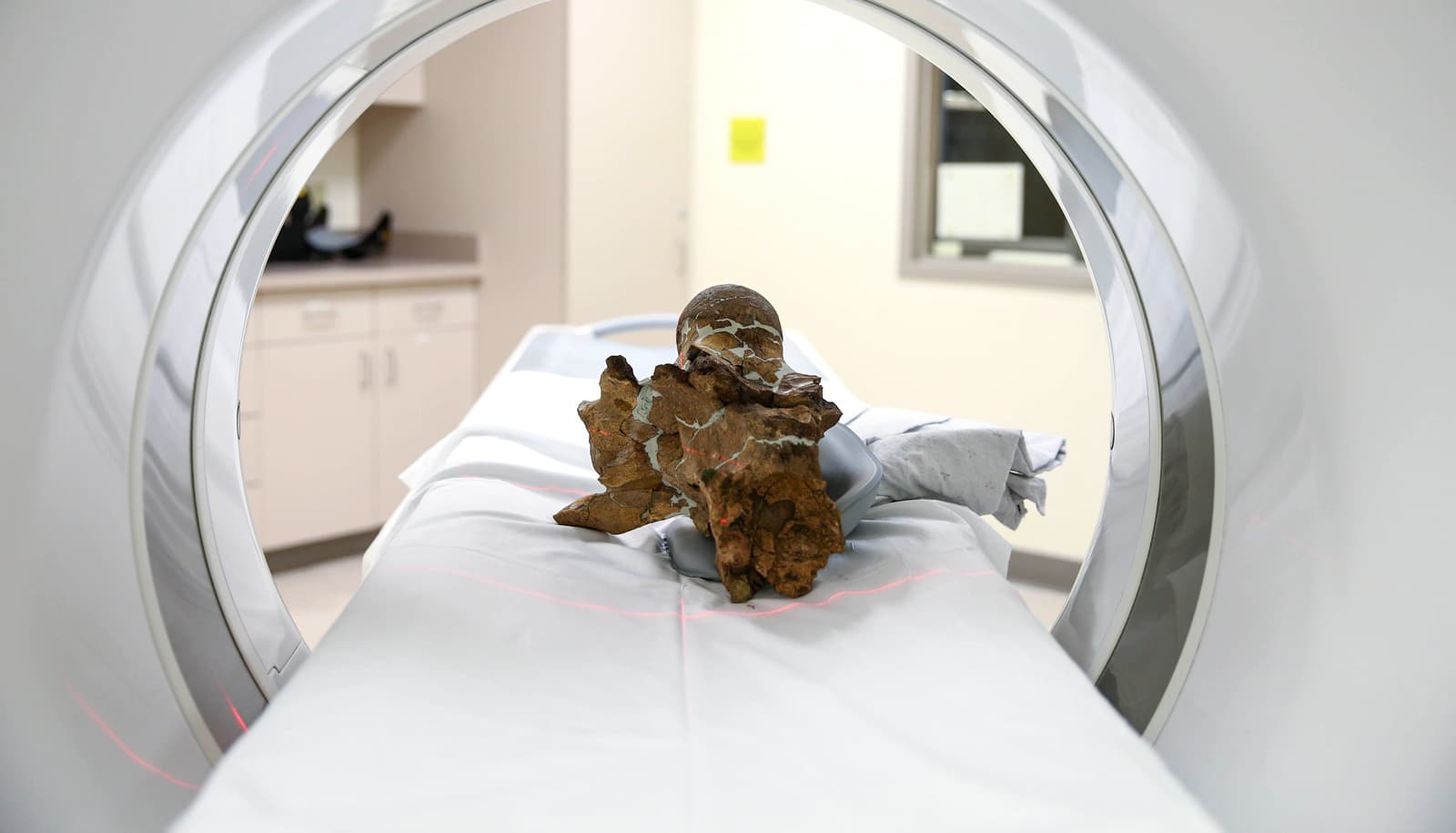 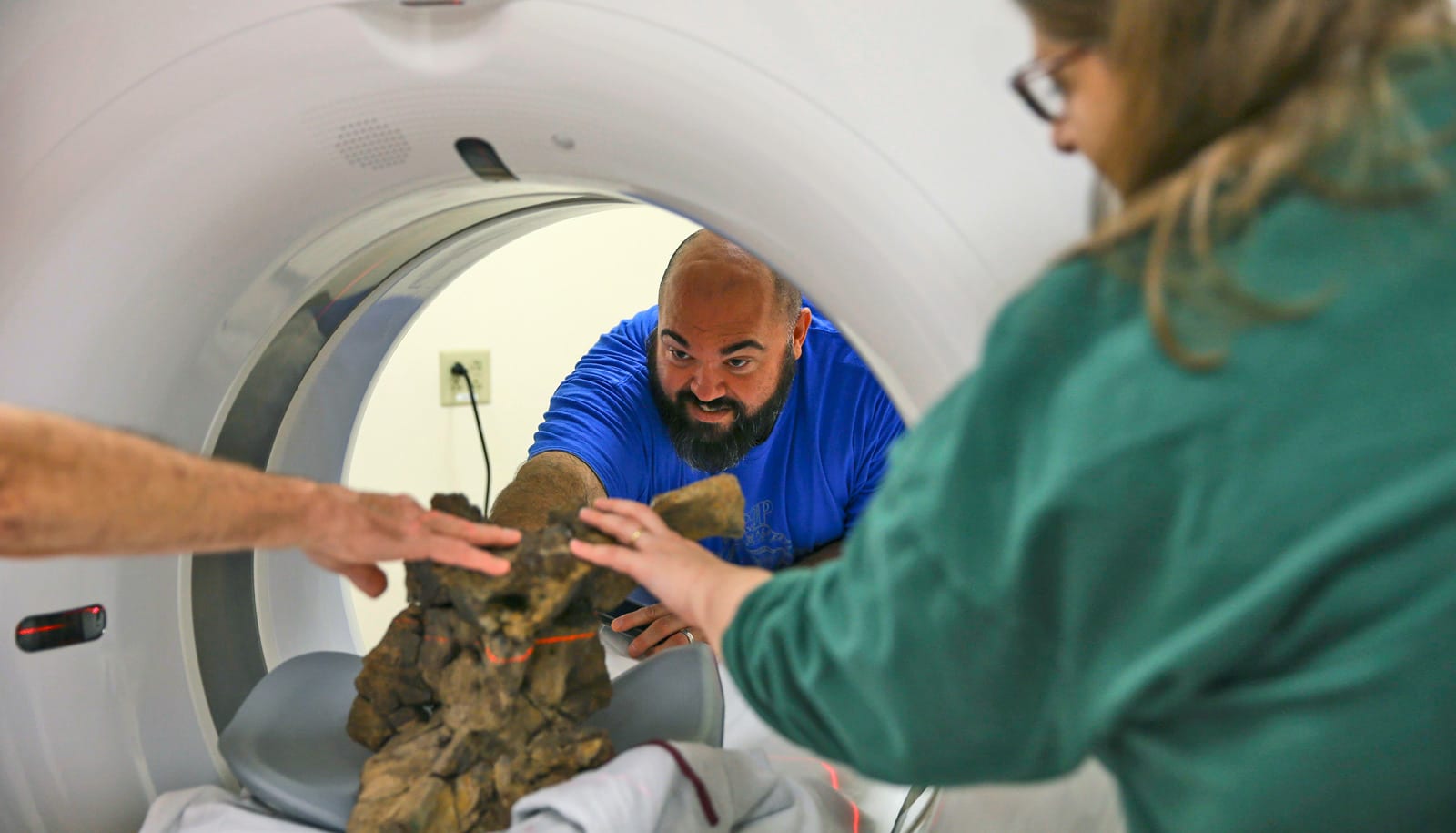 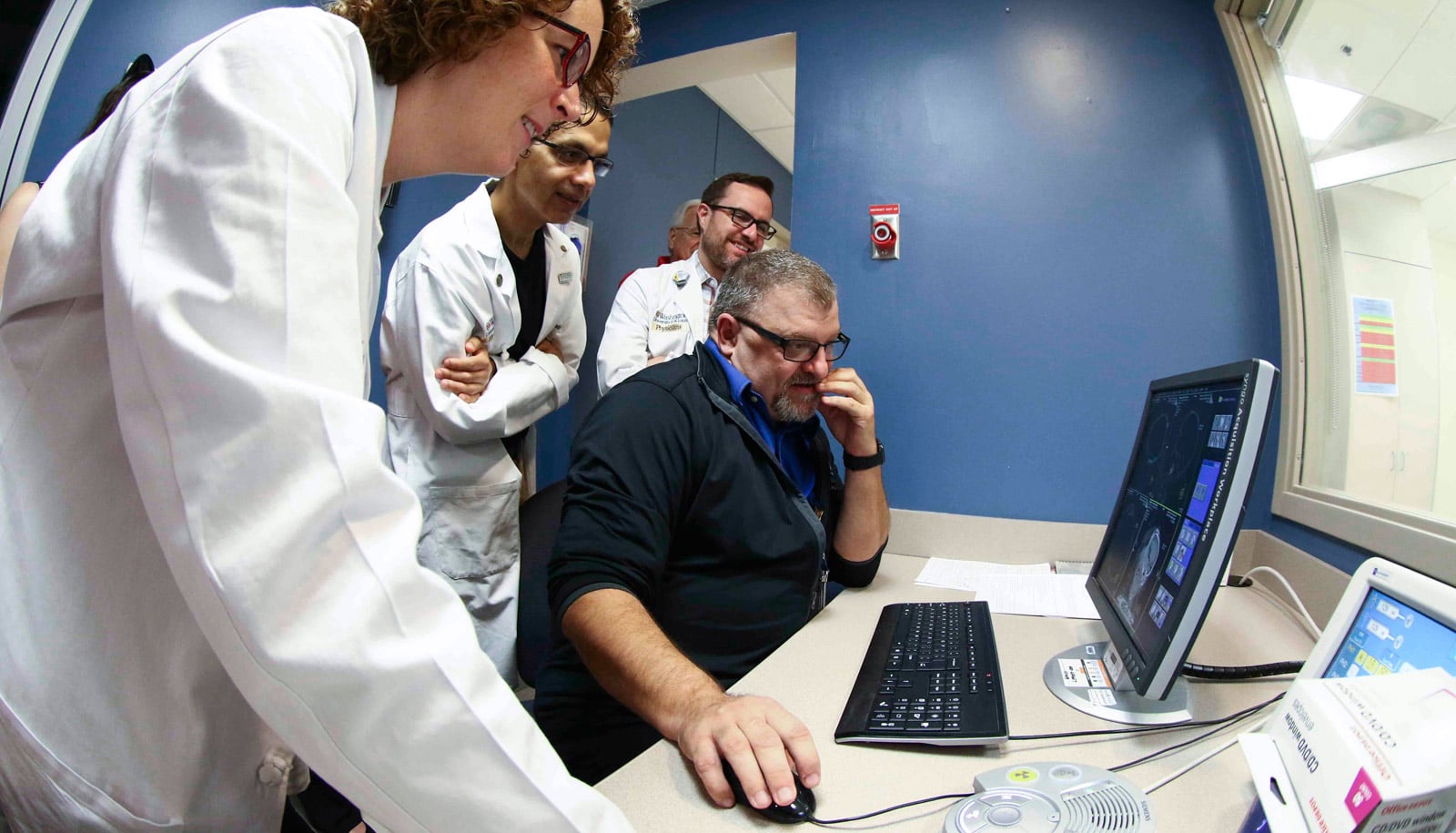 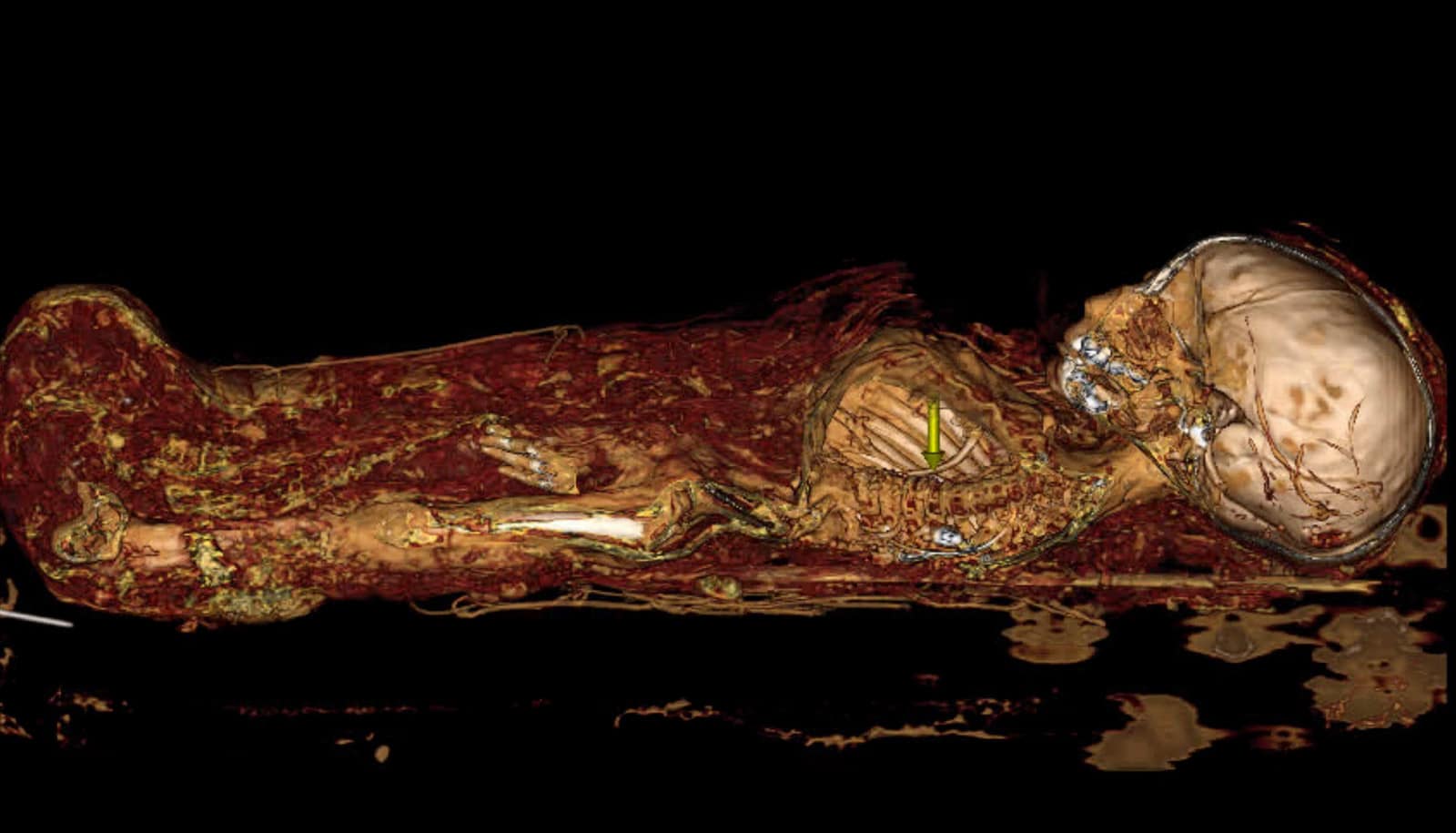 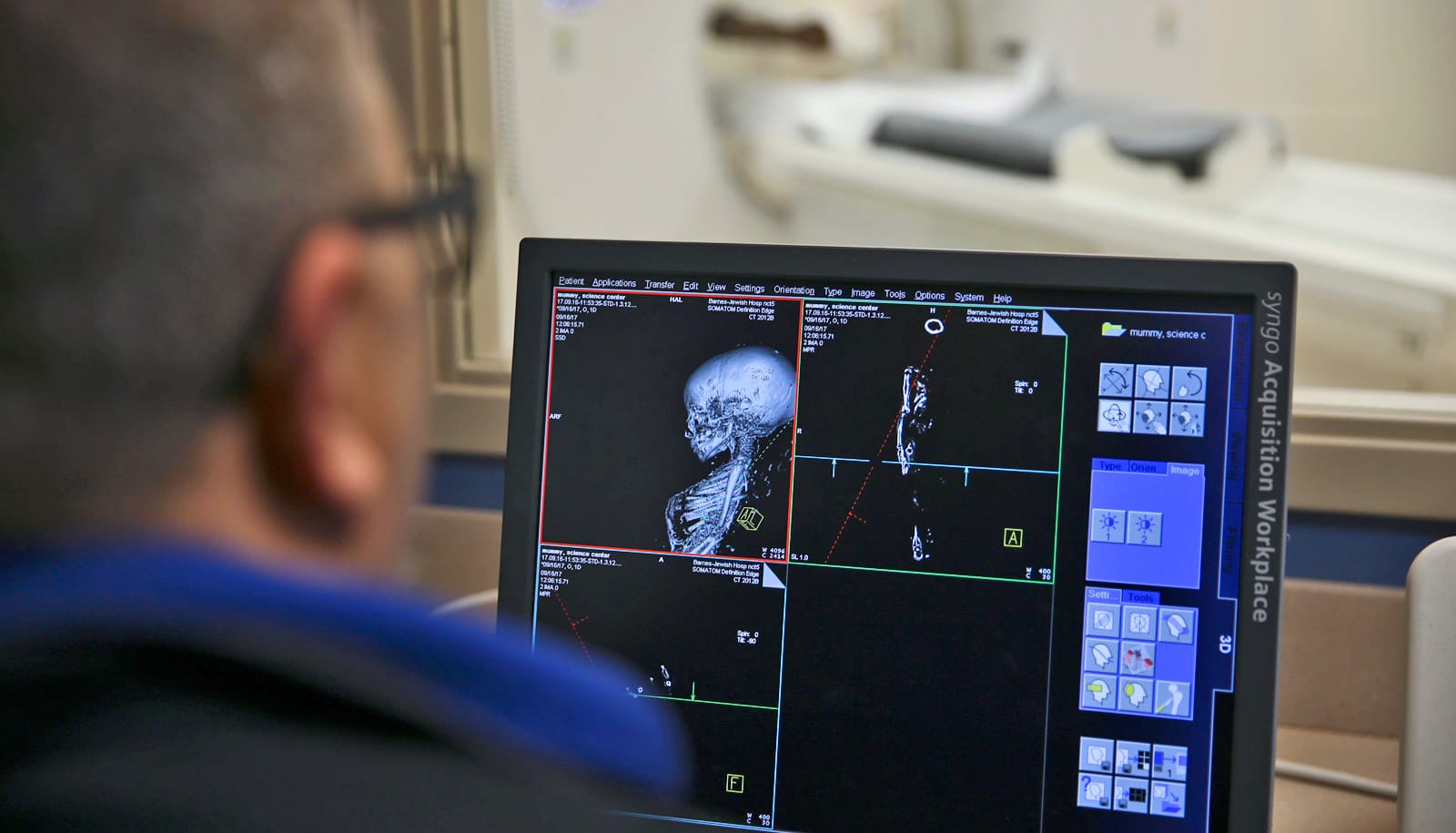 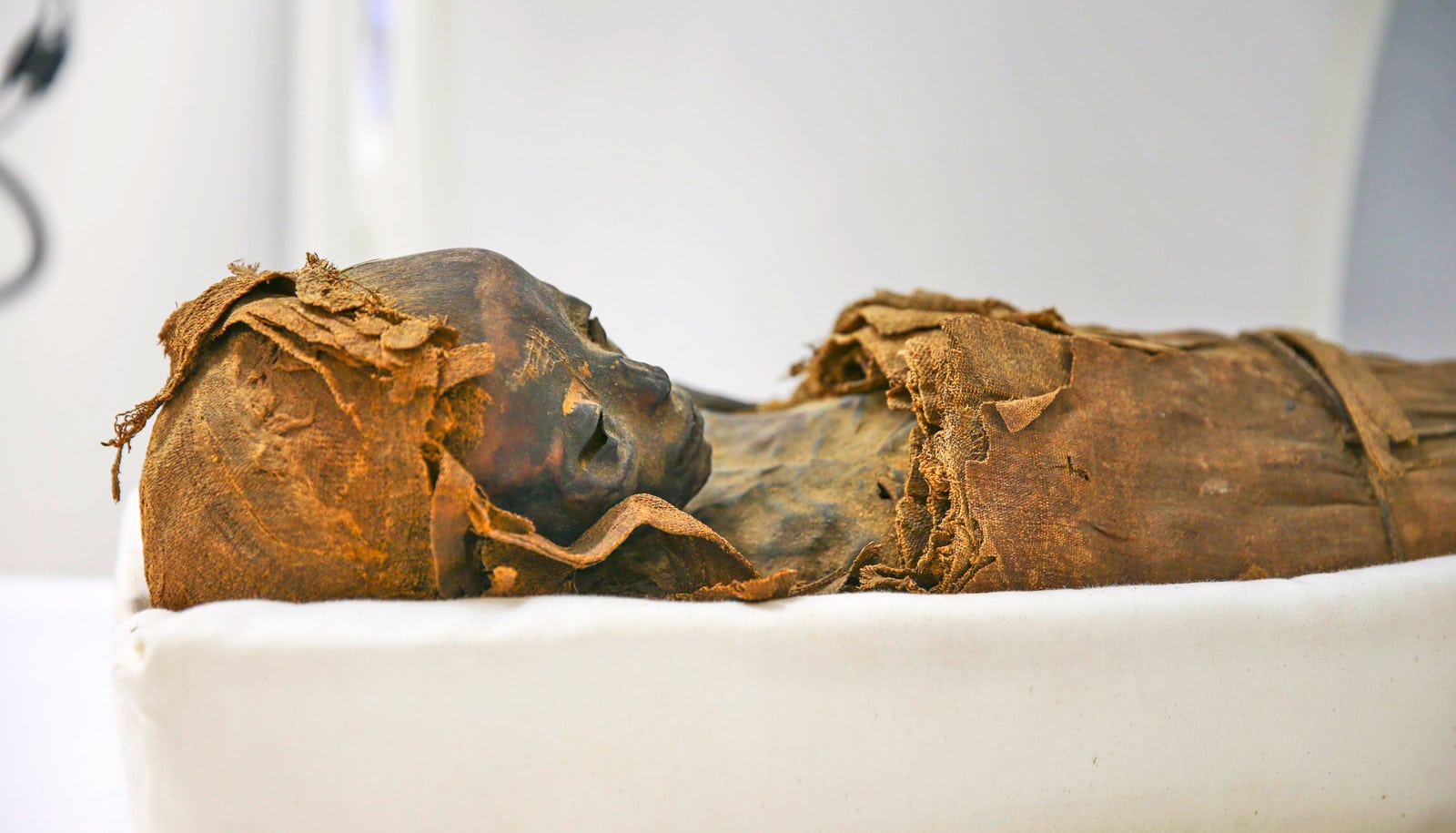 Scientists recently put a 2,000-year-old patient into a CT scanner: the mummified remains of a 7-month-old baby boy. Then they did the same with pieces of skull from two teenage Triceratops.

By scanning the child mummy, researchers hope to gain insight into the diet, lifestyle, habits, and physiology of people living in Egypt around 2,000 years ago, when the baby was mummified. They also are looking for clues to how the baby died.

They scanned the Triceratops to better understand how their brains developed over their lifetimes since dinosaur brain development is one part of a larger story of how the brain developed and evolved over the ages.

Their findings will be part of in an upcoming permanent exhibit at the museum that focuses on the art of ancient Egypt.

Now, they hope to apply the knowledge from that experience to the study of a rare baby mummy. Geetika Khanna, chief of pediatric radiology at Washington University in St. Louis, will help interpret the scans, which were taken at the Center for Advanced Medicine on the Medical Campus.

“Drs. Bhalla, Khanna, and I will be predominantly studying the scans of the body cavity to see if there are any recognizable tissues or any signs of disease,” Mellnick says. “But we may not be able to say how the baby died, unless it is something obvious like broken bones. Many of the internal organs are gone, which is what you need for diagnosis.”

The child mummy has been part of the Science Center’s collections since 1985, when it was donated by the relatives of a man who acquired it on a trip to Egypt in the late 19th or early 20th century. Decades ago, someone cut away the wrappings around the shoulders, leaving the mummified baby’s head exposed.

A previous scan performed about 10 years ago showed four amulets, or fragments of amulets, nestled deep within the wrappings, but with the technology at that time, it was impossible to see whether they bore any patterns or symbols.

The new scan of the child mummy took only a minute, and researchers crowded around computer monitors to see the initial results. To everyone’s surprise, a fifth amulet—possibly a heart scarab amulet—was visible inside the chest cavity near where the heart once was.

It was too early to say whether it had been placed inside the baby’s chest deliberately or had fallen into the body over the centuries. The team expects to learn more about the amulets and the skeleton as they study the images.

The mummy scan over, a small piece of Triceratops skull was delivered to the CT scanner next. The skull of an adult Triceratops can be up to 8 feet long, but the animal’s brain is only inches in length. The brain doesn’t fossilize, but the braincase contains a small cavern in the bone—the brain cavity—near where the skull meets the spine. Mapping indentations and ridges on the cavity’s inner walls can give clues to the structure of the brain.

Within a few minutes, the braincases of “Bruce,” a young Triceratops found in 2010, and “Lost Creek Trike,” found in 2016, were scanned. Both are from the Hell Creek Formation near Jordan, Montana, and date to 66 million to 67 million years ago.

Ashley Morhardt an assistant professor of neuroscience who studies dinosaur brain development and evolution, could barely contain herself. The scans look like high-resolution 3D photographs, every detail visible.

“Oh my gosh, let me at it!” Morhardt cried. “Look at that! That’s beautiful!”

“I can use the endocast as a road map for reconstructing the size and shape of the brain based on what we know about modern-day dinosaurs—aka birds—and their relatives, alligators, and crocodiles,” Morhardt says.

“From there, we can compare brain models across different life stages and species of dinosaurs to see through time how brain and brain regions evolved and what that might have implied for behavior.”

Why the US stands out for fatal police violence

Parents really do need sleep for their mental health