William Hartmann projecting photographic plates of the moon onto a white hemisphere to create the Rectified Lunar Atlas. (Credit: U. Arizona Lunar and Planetary Laboratory) 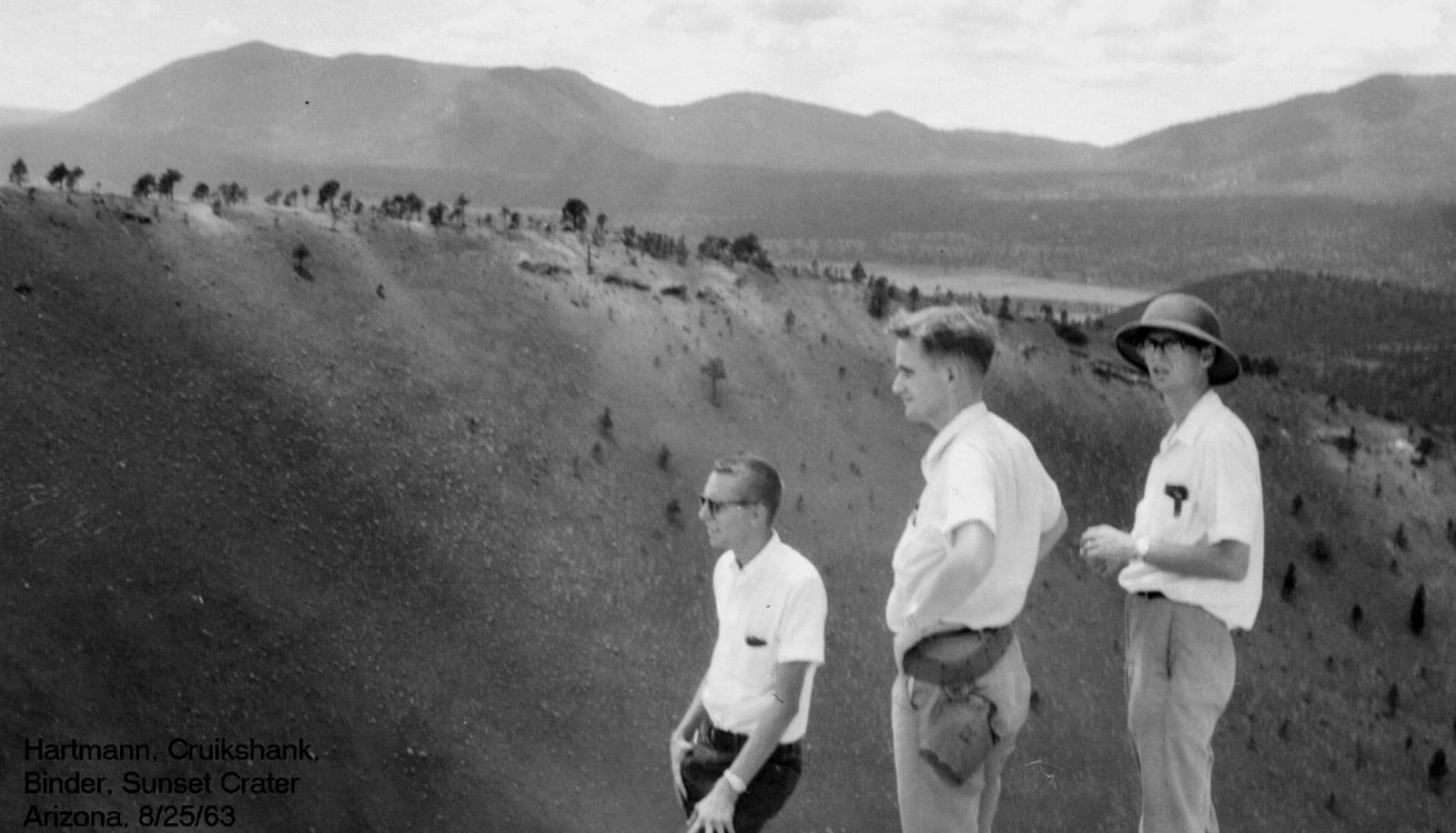 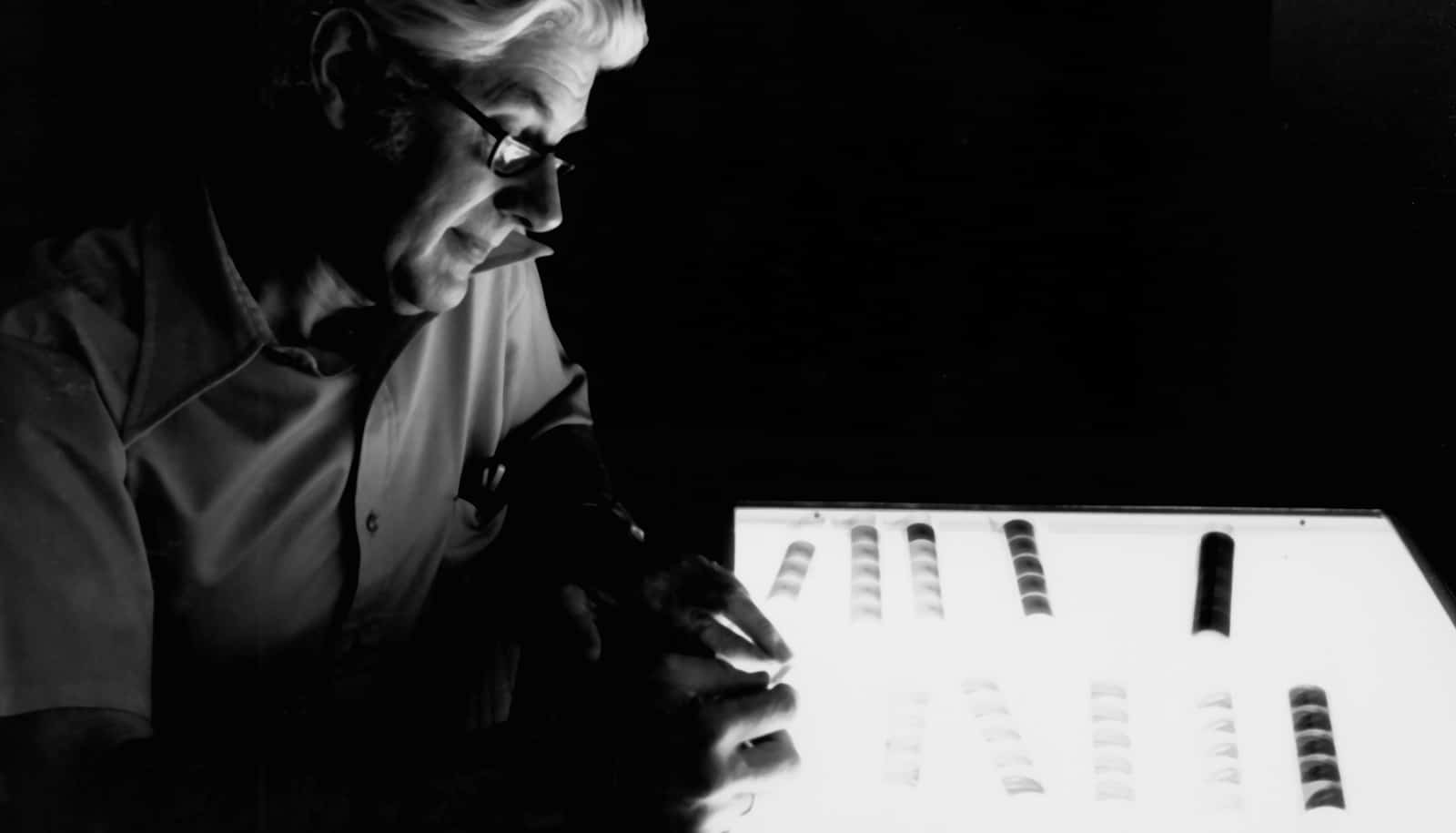 Ewen Whitaker with 35 mm negatives of the moon. (Credit: U. Arizona Lunar and Planetary Laboratory) 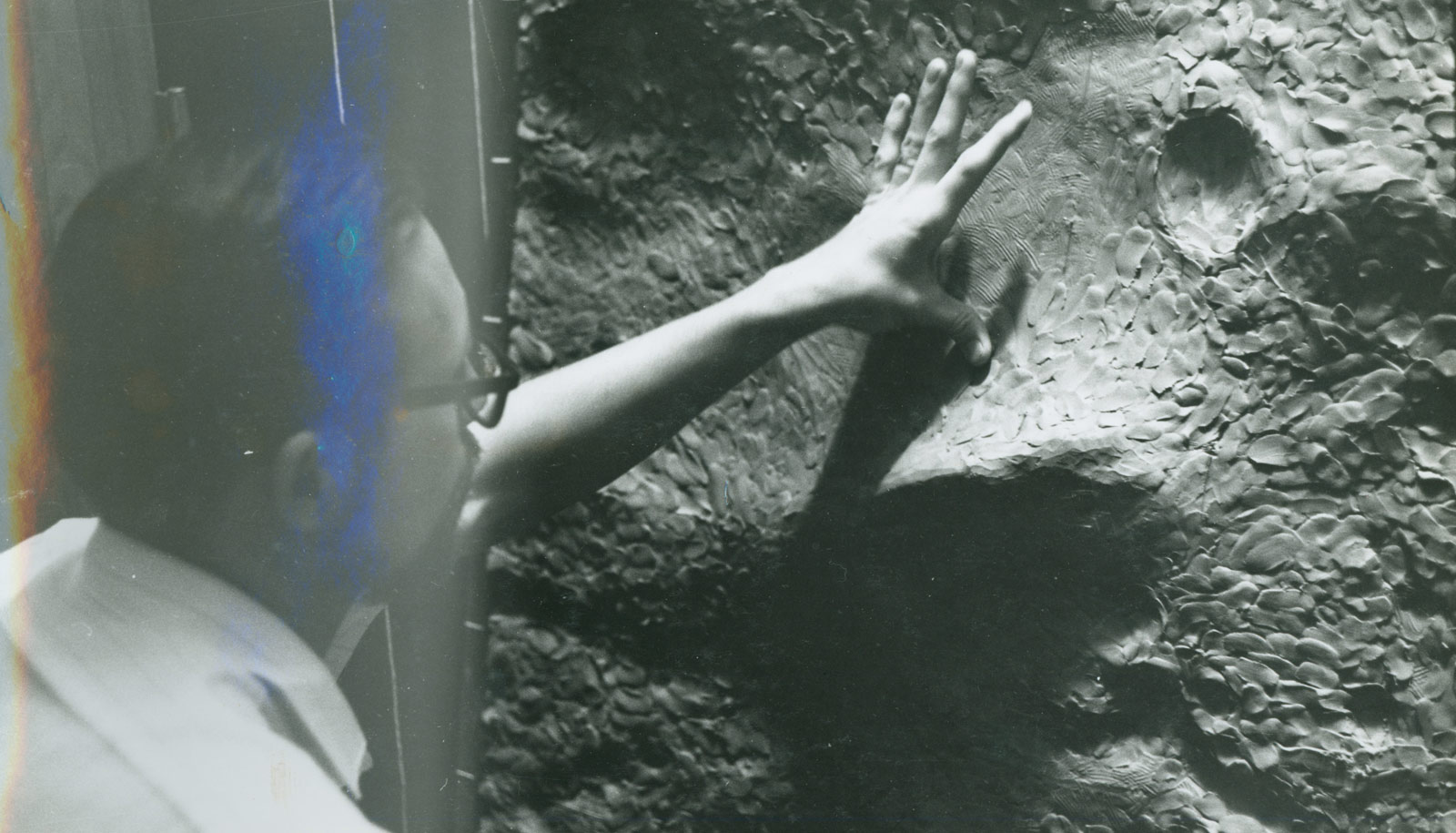 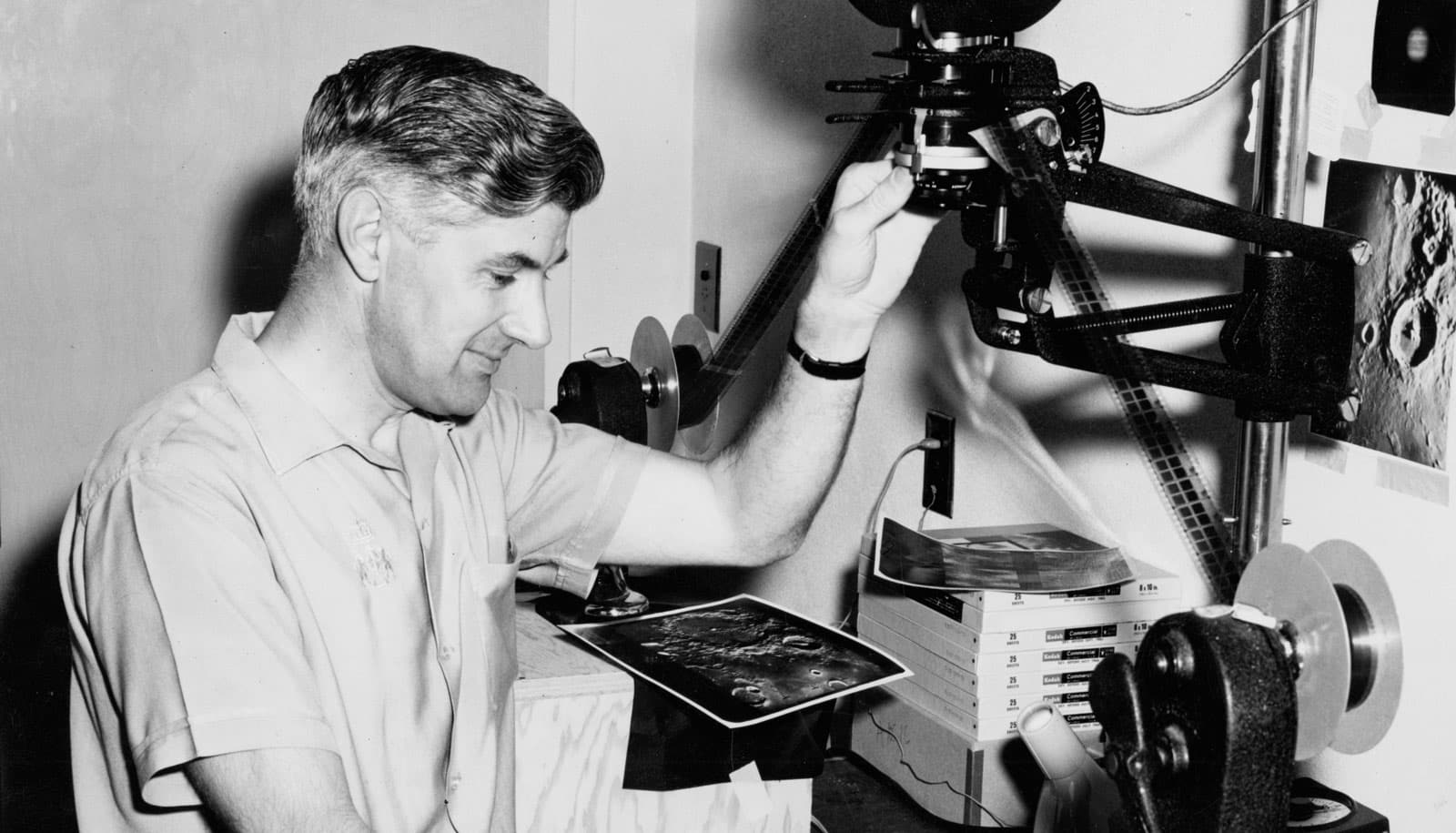 Ewen Whitaker making 8-inch by 10-inch prints of the Moon from Ranger 9 from 35 mm negatives. (Credit: U. Arizona Lunar and Planetary Laboratory) 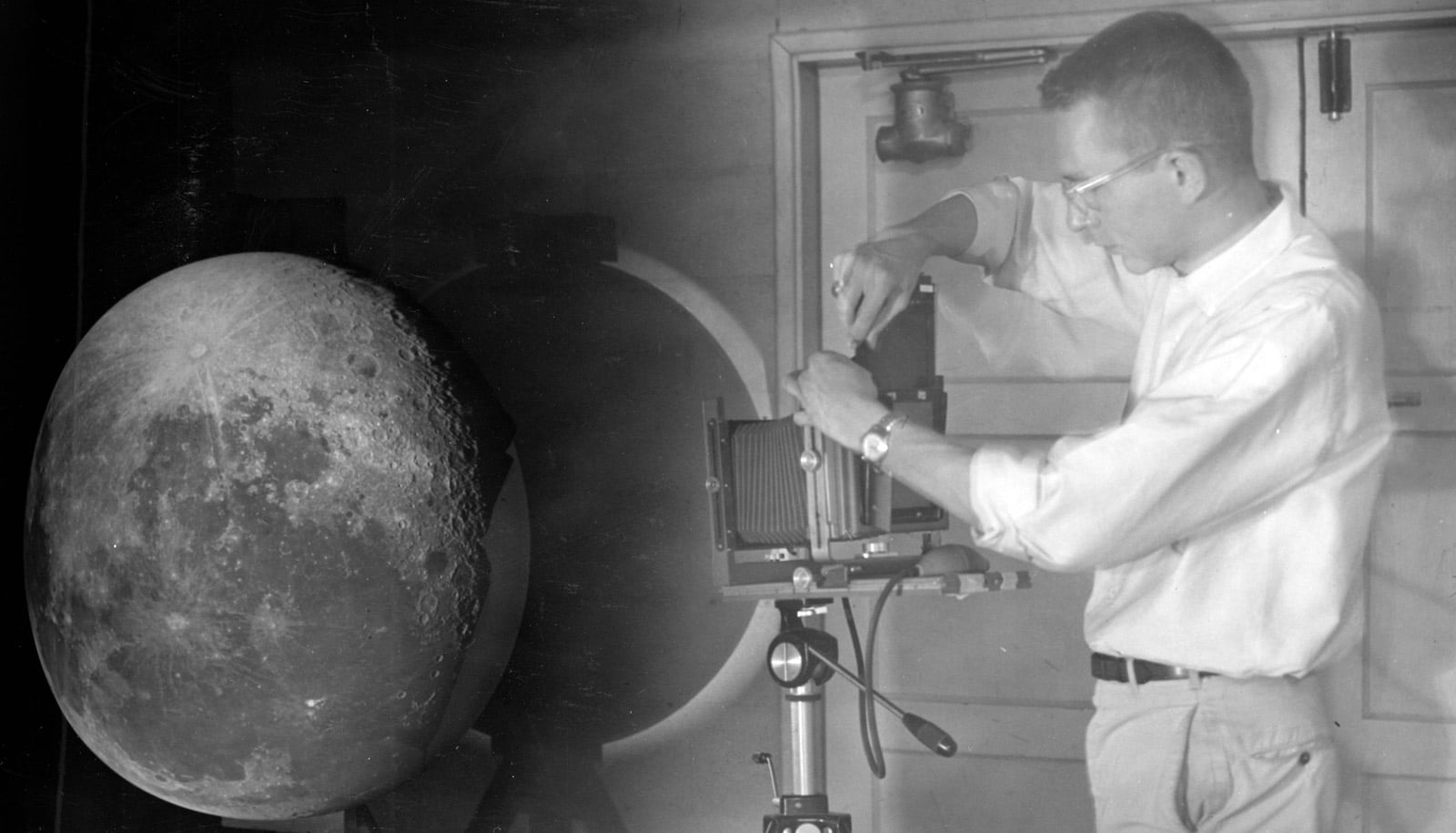 William Hartmann projecting photographic plates of the moon onto a white hemisphere to create the Rectified Lunar Atlas. (Credit: U. Arizona Lunar and Planetary Laboratory)
Previous Next

Before NASA sent Americans to the moon, researchers had to image and map the lunar surface.

The maps allowed them to understand the moon’s geology and let NASA choose landing sites for future robotic and Apollo missions.

Gerard Kuiper, the father of modern-day planetary sciences, led the team that published two atlases. The Rectified Lunar Atlas (1963) gave people a first look at what features on the moon’s edges looked like without distortion, as explained in this video.

The Consolidated Lunar Atlas (1967) was comprised of the highest resolution images taken from the ground, mostly from the Santa Catalina Mountains in Southern Arizona. These atlases not only paved the way to the moon, but also birthed the field of planetary science.

Here, Timothy Swindle, director of the Lunar & Planetary Lab at the University of Arizona, explains an innovative technique researchers used:

You can read more about the importance of the moon maps to lunar missions here. Today, researchers are busy mapping other parts of our solar system.

Why planting a flag on the moon was so hard

How the moon landing still shapes our lives