Fruit flies that can’t fly sleep more as they learn to adapt to their flightlessness, according to a new study.

The findings suggest sleep may be an evolutionary tool that helps animals adapt to challenging new situations.

“We know that sleep is involved in creativity and insight,” says senior author Paul Shaw, professor of neuroscience at Washington University in St. Louis.

“Have you ever slept on a problem, and when you wake up you’ve found the answer? Anxiety keeps people up at night, but if you find yourself in a dangerous environment, or in a situation that you don’t know how to deal with, sleep may be exactly what you need to respond to it effectively.” 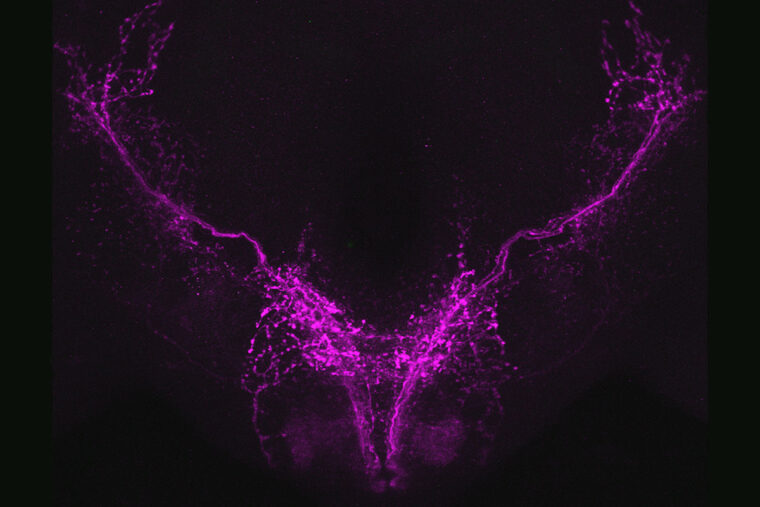 Fruit flies’ sleep looks a lot like people’s. Baby flies need a lot of sleep, but as they get older, their need for sleep diminishes. Flies become more alert with caffeine and drowsier with antihistamines. And if you keep a fly awake one day, it will sleep more the next.

These similarities suggest that fruit flies sleep habits might shed light on the sleep habits of people. To explore the relationship between challenging circumstances and sleep, Shaw and staff scientist and first author Krishna Melnattur, took away flies’ ability to fly.

Baby flies must expand their wings in the first half hour or so after emerging from pupal cases, or their wings will not develop properly. The researchers placed some newly emerged flies in tiny containers so they could not expand their wings, and they genetically modified other flies so that the insects’ wings failed to expand.

Both scenarios rendered the young flies permanently flightless. The researchers also disabled the wings of older flies to ground them. In all cases, faced with the inability to fly, the animals slept more than usual.

In subsequent experiments, the researchers traced the neurological circuit that signals to the brain that the wings aren’t functioning and triggers the impulse to sleep more.

“When we identified the neurons that were activated when we cut or glued the wings of adult flies, they turned out to be the same neurons involved in the normal developmental process of wing expansion after emergence,” Melnattur says.

The fact that wing injury and normal wing development link to sleep through the same neurological circuitry makes sense from an evolutionary standpoint, the researchers say. The circuit is active in young flies because their developing brains need sleep as the animals expand their wings, learn to fly, and begin to navigate the world around them.

“And then the whole circuit can get reactivated later in life when something happens that forces a fly to adapt to a new normal,” Shaw says.

“Suddenly, its brain needs to be as flexible as when it was young. It can no longer fly, but it still needs to get food, it needs to compete for mates, it needs to avoid dying. We think that sleep amplifies the brain plasticity the fly needs to survive.”

Shaw and Melnattur are planning experiments to determine whether increased sleep helps flightless flies survive. Their findings also may provide clues to why some people sleep more than others and why some sleep disorders arise.

“There’s huge variation in sleep time among people,” Shaw says. “Some people need five hours a night; some need nine. Sleep is an ancient process, and we’ve evolved mechanisms to change our sleep-wake balance to help us meet our needs.

“If these mechanisms get inappropriately activated, say by a traumatic event that triggers post-traumatic stress disorder, it can create a situation in which you’re sleeping too much or too little and it’s no longer matching up with your needs, and then you have a sleep disorder.”

The study appears in Science Advances. The National Institutes of Health supported the work.

Sleep is key for zebra finches learning to sing

Rewards improve visual learning, but only after sleep

Lost sleep could set you up for Alzheimer’s