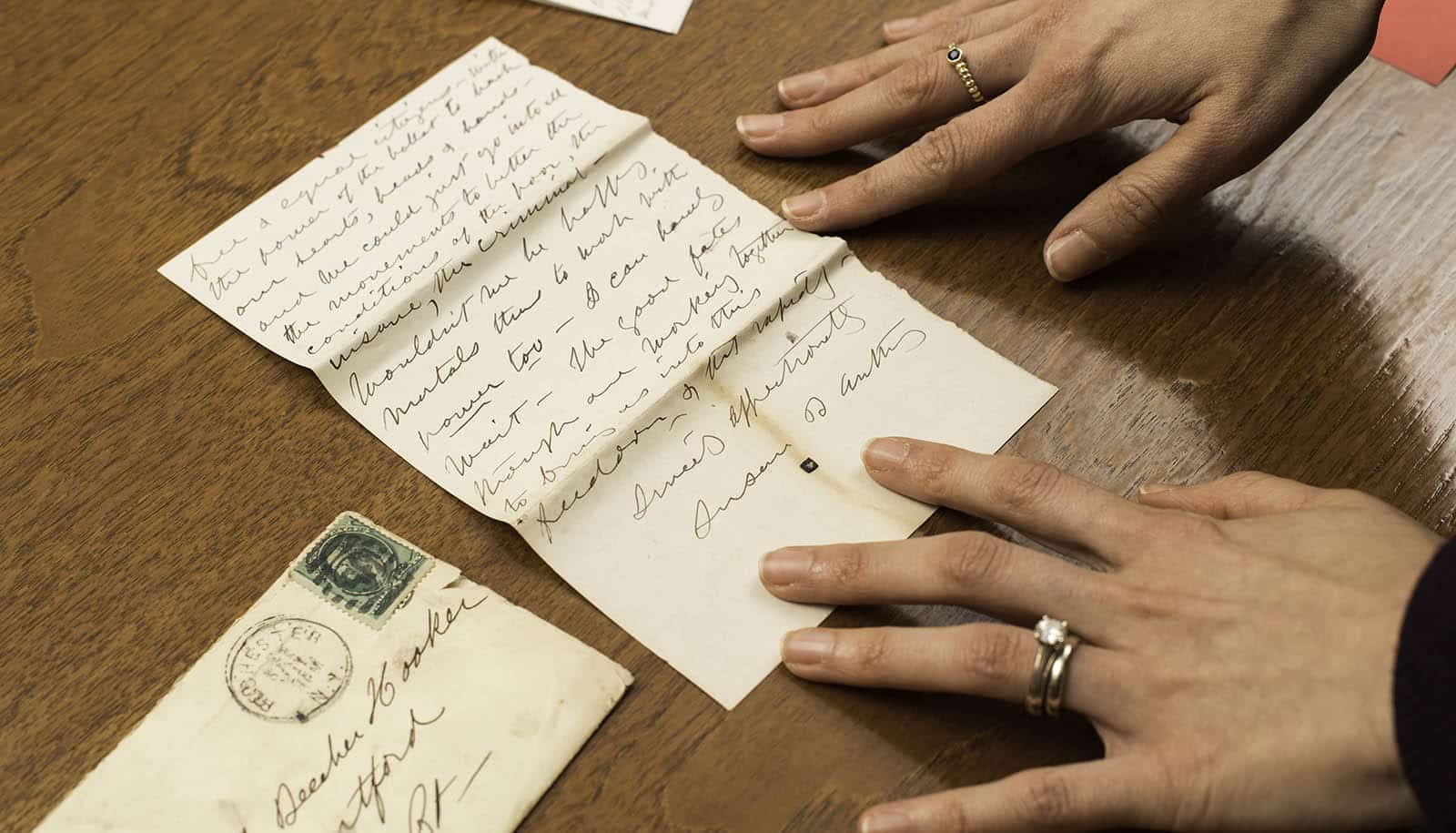 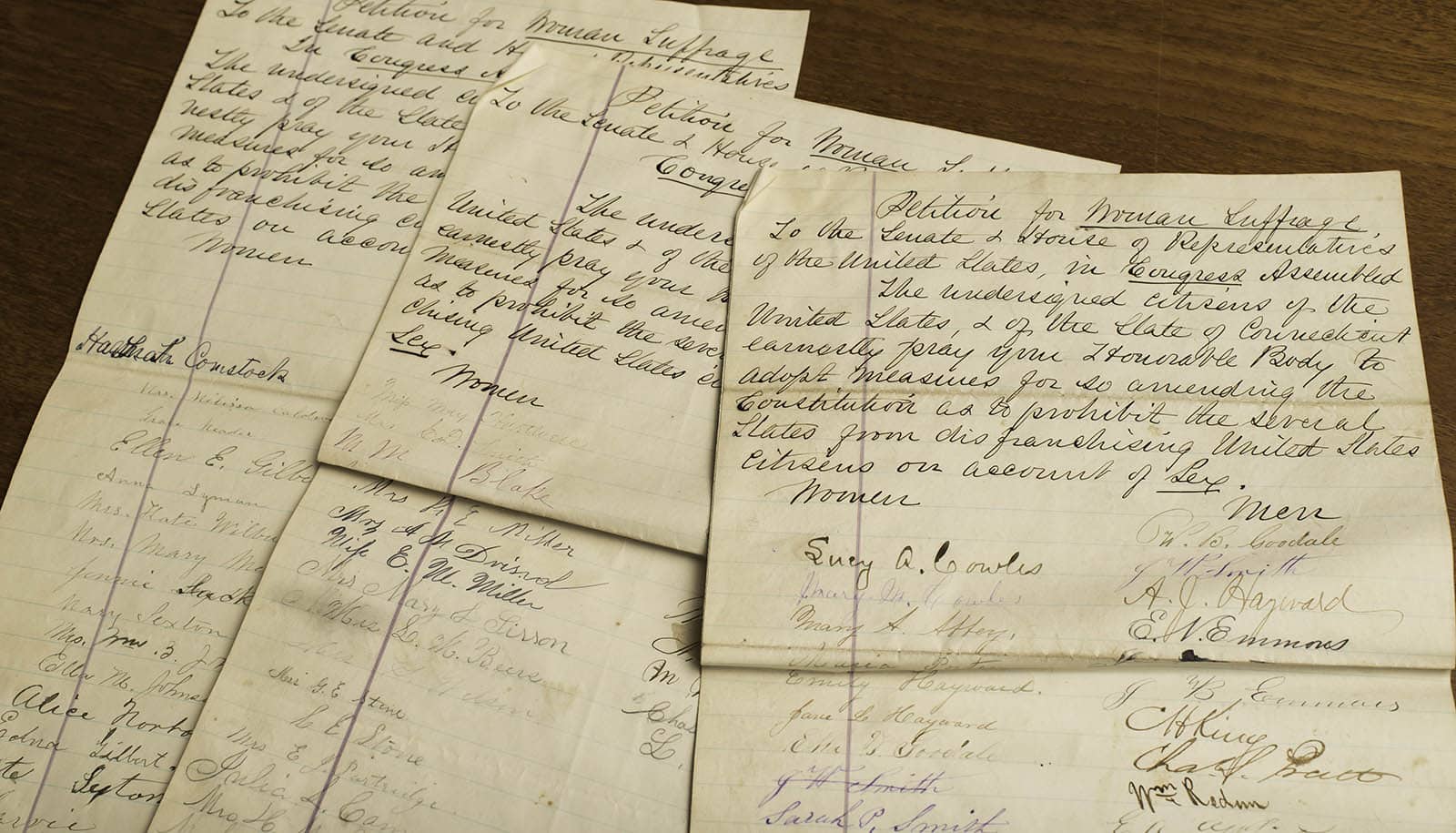 Petition for Woman Suffrage to the US Senate and House of Representatives in Congress Assembled, 1876-1878. (Credit: J. Adam Fenster/University of Rochester) 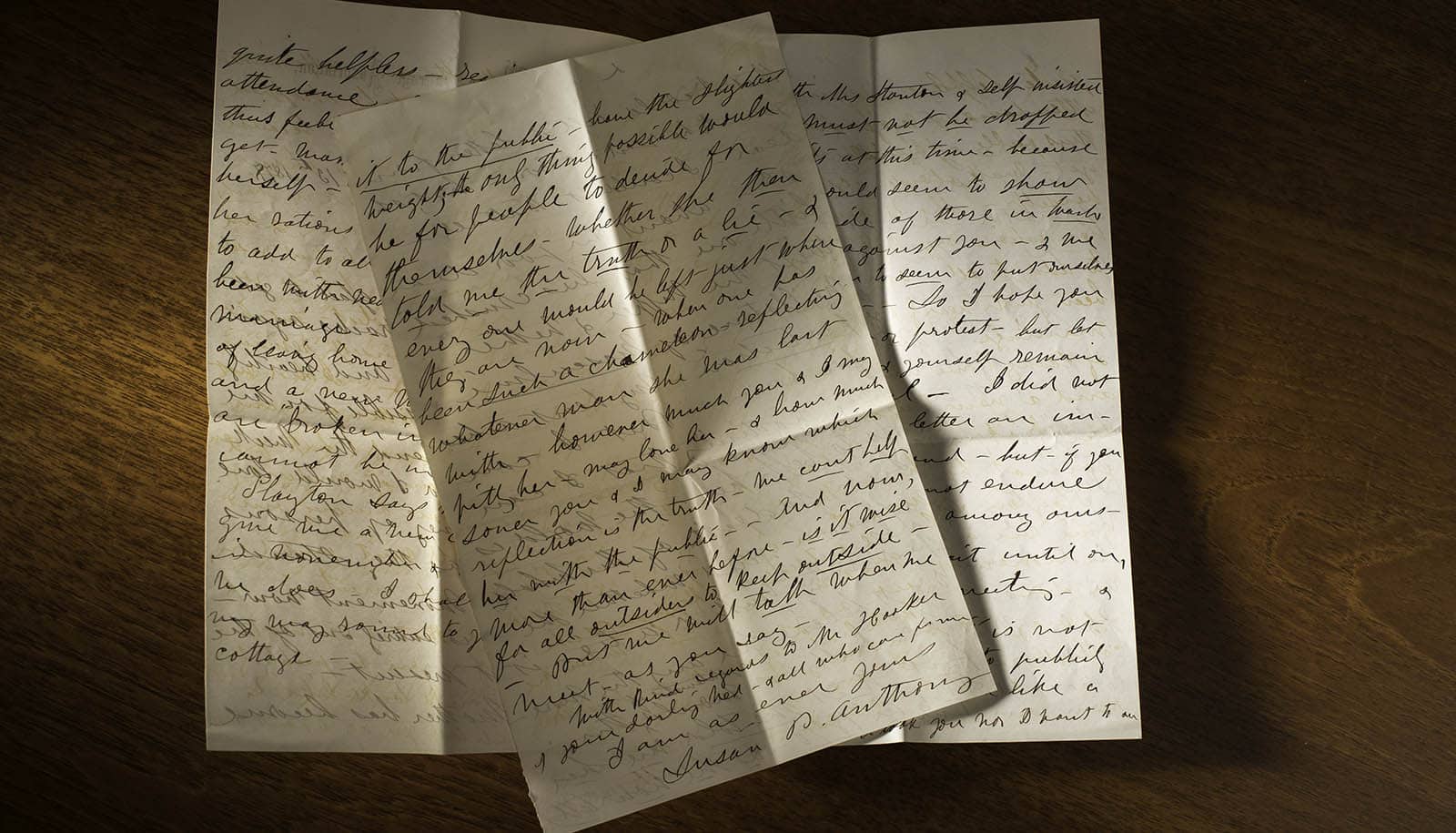 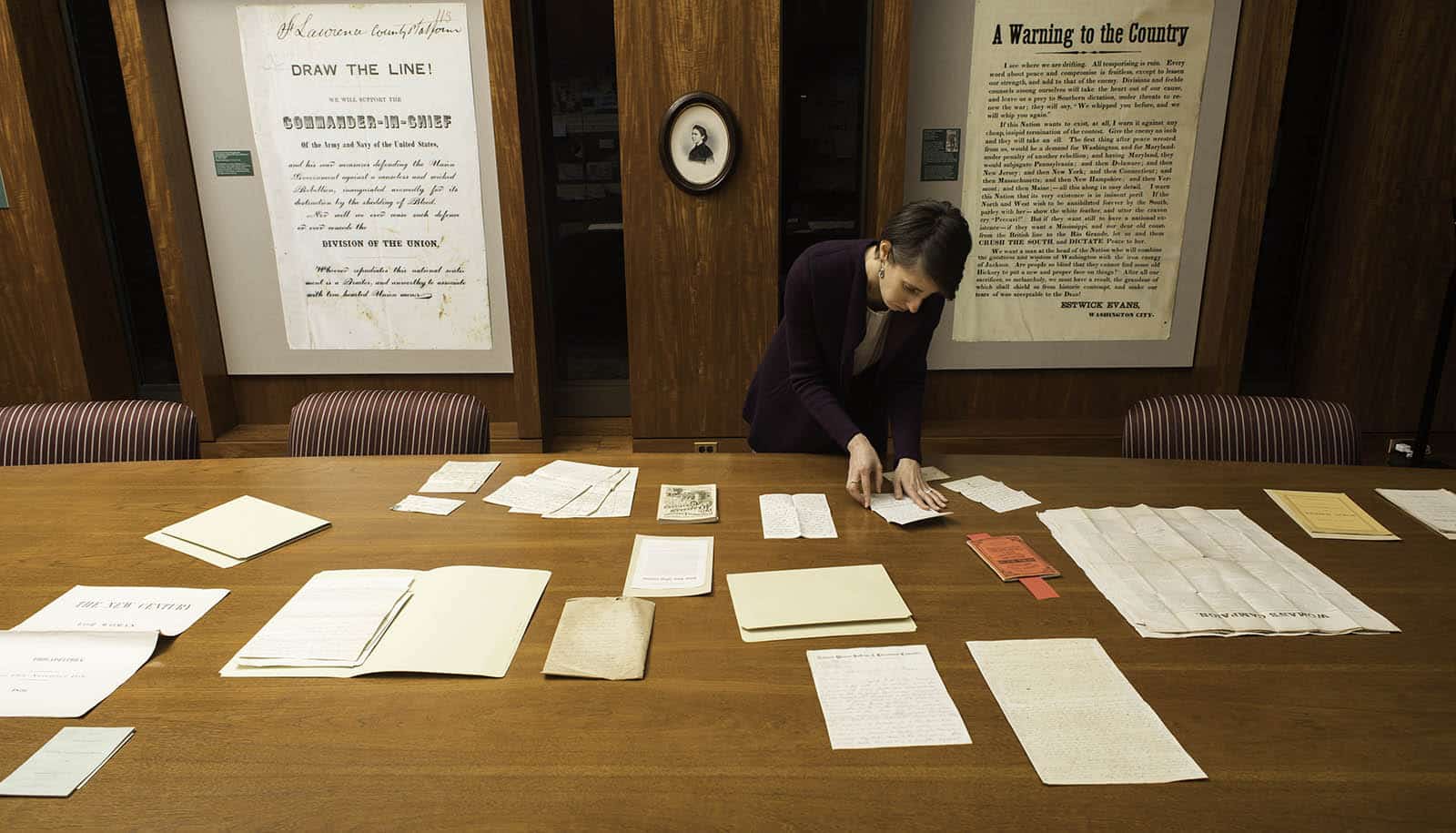 Lost letters found in an old wooden crate inside a Connecticut barn are changing our view of the women’s suffrage movement in America.

Originally owned by suffragist Isabella Beecher Hooker, the collection includes dozens of letters from fellow movement leaders Susan B. Anthony and Elizabeth Cady Stanton, along with photos, speeches, and pamphlets.

Part of a notable family of reformers, Hooker was the daughter of the Reverend Lyman Beecher and a half-sister of social reformer and abolitionist Henry Ward Beecher, educator Catharine Beecher, and novelist Harriet Beecher Stowe.

Written between 1869 and 1880 by suffragist luminaries to Hooker, the collection is staggering not just for its content but also its size, numbering more than a hundred letters and artifacts.

“Something that I’ve been really struck by is just how exhausting it must have been to try to keep going for this long,” says Lori Birrell, special collections librarian for historical manuscripts at the University of Rochester where the collection is now housed. According to Birrell, the fear of the women who saw their chances of being included in the 15th Amendment quickly slipping away is vividly present in their correspondence.

“You get to this period in the 1870s and they’ve tried everything – state, national, they tried voting and then got arrested for it in 1872. They’ve tried all of these things and they just kept at it. To read that year after year after year in these letters is simply amazing.”

The story of their discovery sounds straight out of PBS’s Antiques Roadshow. George and Libbie Merrow were cleaning out their Bloomfield, Connecticut, home last year when they came across an open wooden crate among family detritus and some antiques.

“It was just mixed in with old magazines, old funny tools, all sorts of things,” Libbie Merrow recalls.

Listen to Jessica Lacher-Feldman read two of the letters

Inside the roughly two-foot-by-one-and-a-half-foot box, the Merrows found stacks of letters, newspaper clippings, and photographs, all seasoned liberally with mouse droppings. Dusty and probably undisturbed for decades, the small crate had survived two prior moves over the span of about 70 years, having been passed down through the Merrow family twice.

In 1895, George Merrow’s grandfather had purchased the former Beecher Hooker house in Hartford, Connecticut. The Hookers had left personal papers behind in the attic when the big, elegant home they had built for themselves became too costly, forcing them to sell it. After the elder Merrow died in 1943, the papers moved with his son Paul Gurley Merrow to his farm in Mansfield, Connecticut. In 1973, his nephew– Libbie’s husband, George—inherited the property.

Hear the story behind the discovery

It wasn’t until 2015, that the couple started to clean out the last of the farm buildings—the big barn. Stuffed to the brim with old furniture, tools, two boats, wagons, farm equipment, strange contraptions, books and magazines, the barn unwittingly had played a natural hiding spot to the Beecher Hooker papers. They discovered a wooden crate with wedding invitations to the marriage of the daughter of Mr. and Mrs. John Hooker. Nothing clicked. Nevertheless, the Merrows decided to keep the box.

“I don’t think that we attached anywhere near the significance to that collection at that time,” says George Merrow, “But we had so many things show up that might be of interest, that we didn’t throw it away at that time.”

The Merrows took the musty crate to their home in Bloomfield where they left it—gasp—for about a year on their porch, covered only by a tarp. Finally, they reached out to rare book and manuscript dealers who painstakingly dusted, researched, and organized the jumbled contents over the span of months.

“I can’t tell you how thrilling it was to hold a letter that she had held more than a hundred years before,” recalls rare book dealer Adrienne Horowitz Kitts when she discovered the first letter signed “Susan B. Anthony.”

The letters show the methods and machinations of (mostly) women bent on changing the status quo that heretofore had relegated them to steerage. At times, they betray Anthony’s frustration over chronic funding problems, and with women who left the movement for marriage and children. At their rawest, they show her indignation at the general apathy for the cause of equality.

“Now wouldn’t it be splendid for us to be free & equal citizens–with the power of the ballot to back our hearts, heads & hands.”

In a letter to Hooker, dated March 19, 1873, Anthony’s impatience is palpable. She tells Hooker of her planning for the suffragists’ regular May meeting in New York City. Writing stream of consciousness, Anthony admonishes Hooker to show up:

The frequent laments of the suffragists for what was lost by excluding women from public discourse began to sound a newly auspicious note in a letter dated April 9, 1874.

“Now wouldn’t it be splendid for us to be free & equal citizens–with the power of the ballot to back our hearts, heads & hands–and we could just go into all the movements to better the conditions of the poor, the insane, the criminal– Wouldn’t we be happy mortals thus to work with power too,” Anthony muses to Hooker. “I can hardly wait– The good fates though are working together to bring us into this freedom & that rapidly.”

When did we start giving flowers for Mother’s Day?