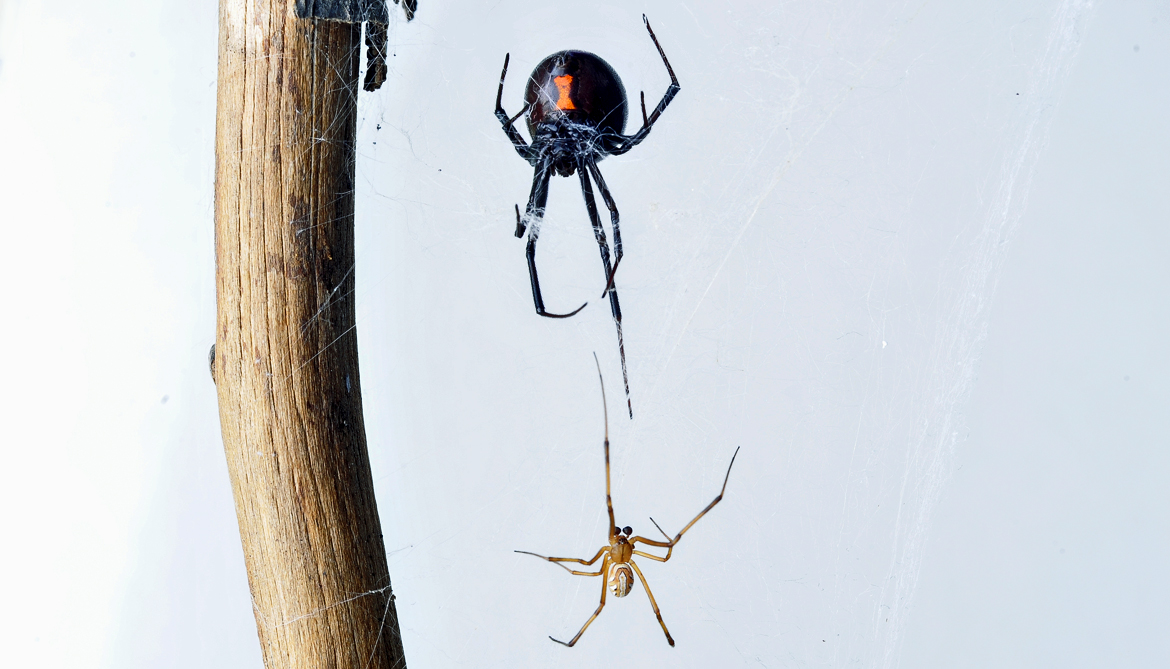 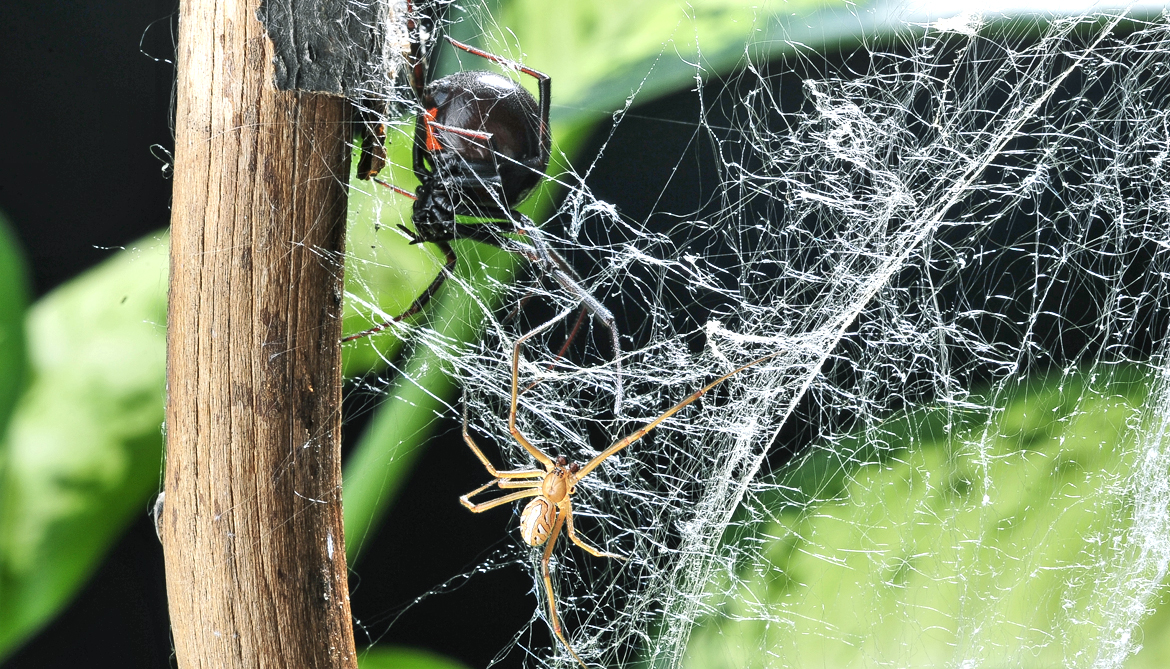 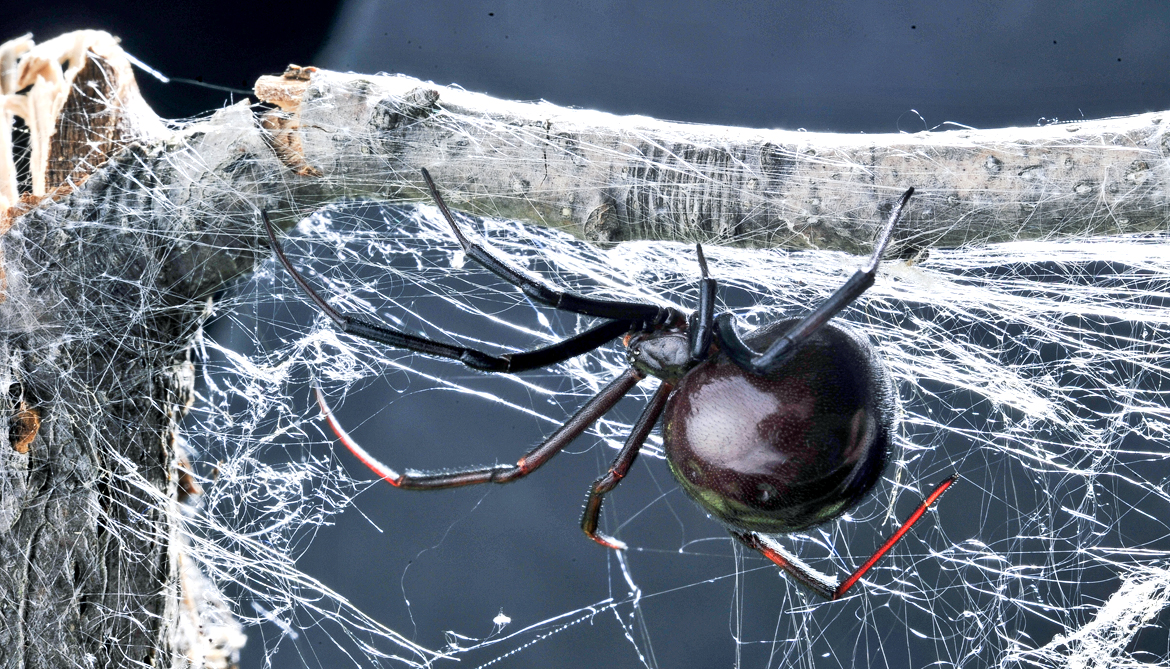 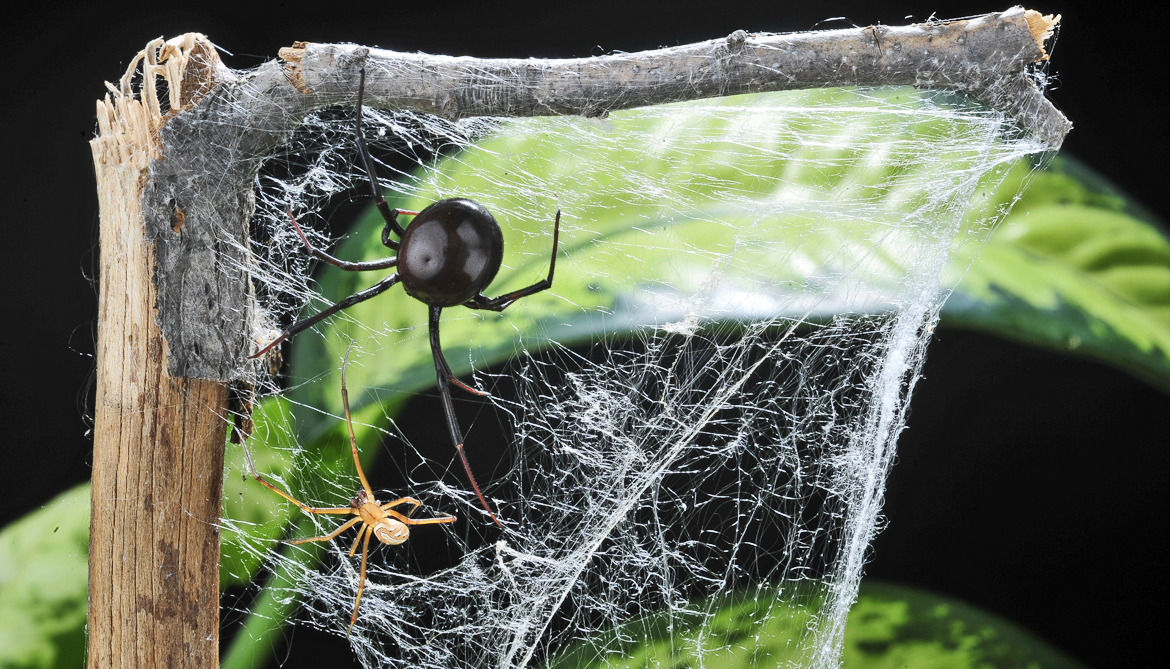 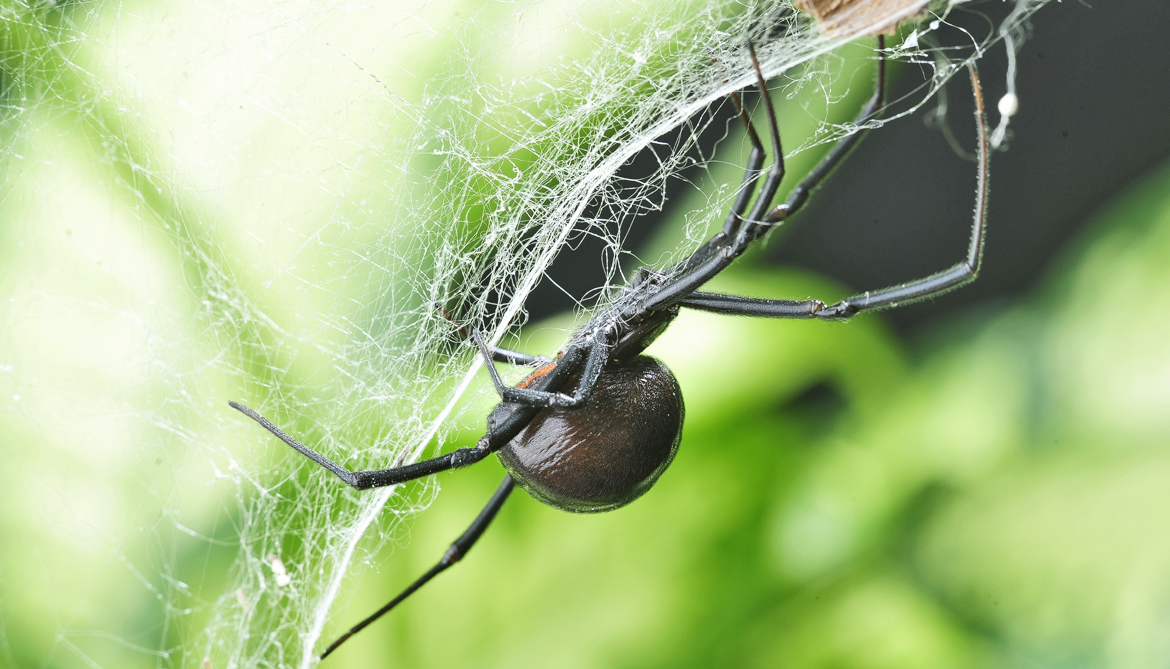 Male black widow spiders aren’t looking for mates with great personalities or senses of humor. For some, finding the right partner is a way to avoid being eaten alive.

The key for those male black widow spiders is to find well-fed female mates, according to new research by PhD student Luciana Baruffaldi and Professor Maydianne Andrade of University of Toronto Scarborough’s department of biological sciences.

“We knew male black widow spiders seek out well-fed females in nature, but we didn’t know if it was because they were looking for better quality mates or if it was to avoid being eaten,” says Andrade.

To test the theory, Baruffaldi and Andrade compared the response of males to female sex pheromones in two closely related species: the western black widow and the Australian redback.

The two species provide an ideal comparison because they share similar reproductive behaviors—except for some key differences. Even if female redbacks are hungry they will not eat males until after they’ve mated. In fact, male redbacks are complicit and do nothing to avoid being eaten because it does not prevent them from fathering offspring.

This isn’t the case for male black widow spiders, who will avoid hungry females because the females’ need to feed will trump any urge to mate.

“We found that male black widow spiders had a very strong sexual response to pheromones from well-fed females, but basically ignored pheromones from hungry females. On the other hand, redback males reacted strongly to both types of females,” says Baruffaldi.

“This tells us that in a species where there is no risk from sexual cannibalism, males are not choosy.”

The researchers extracted sex pheromones—chemical signals or “perfume” produced by females—located in their silk to test male responses.

They were able to determine pheromones contain information that males could use to tell whether a female has eaten recently or not—but only male black widows, under the threat of cannibalism, make use of this important information.

The research, which was supported by an NSERC Discovery Grant, will be published in the upcoming edition of the journal Animal Behaviour.