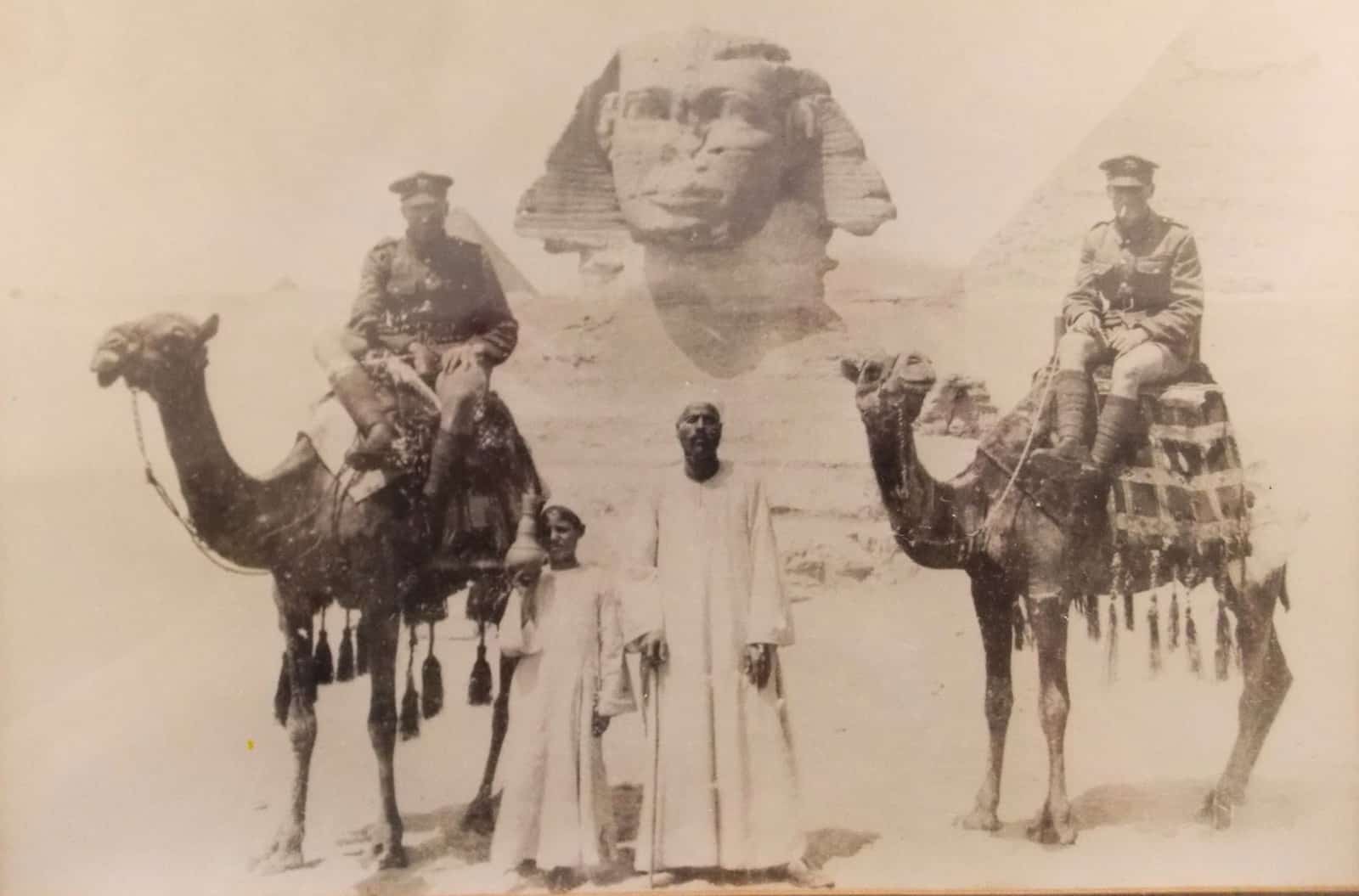 Postcard donated by the granddaughter of Lance Corporal Emlyn James of the 1st Battalion, Herefordshire Regiment (on the right). (Credit: WW1 Images of Egypt/Facebook) 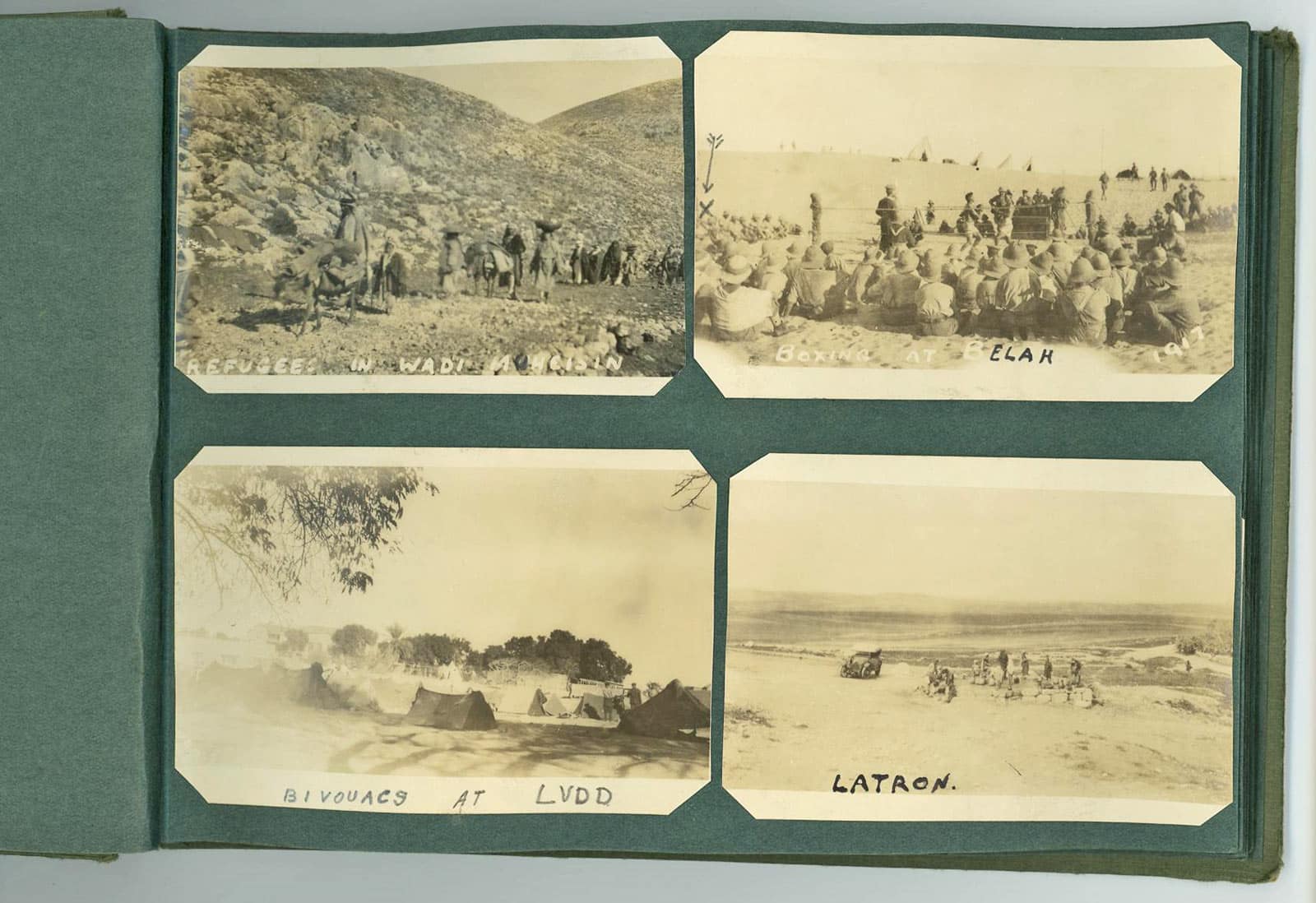 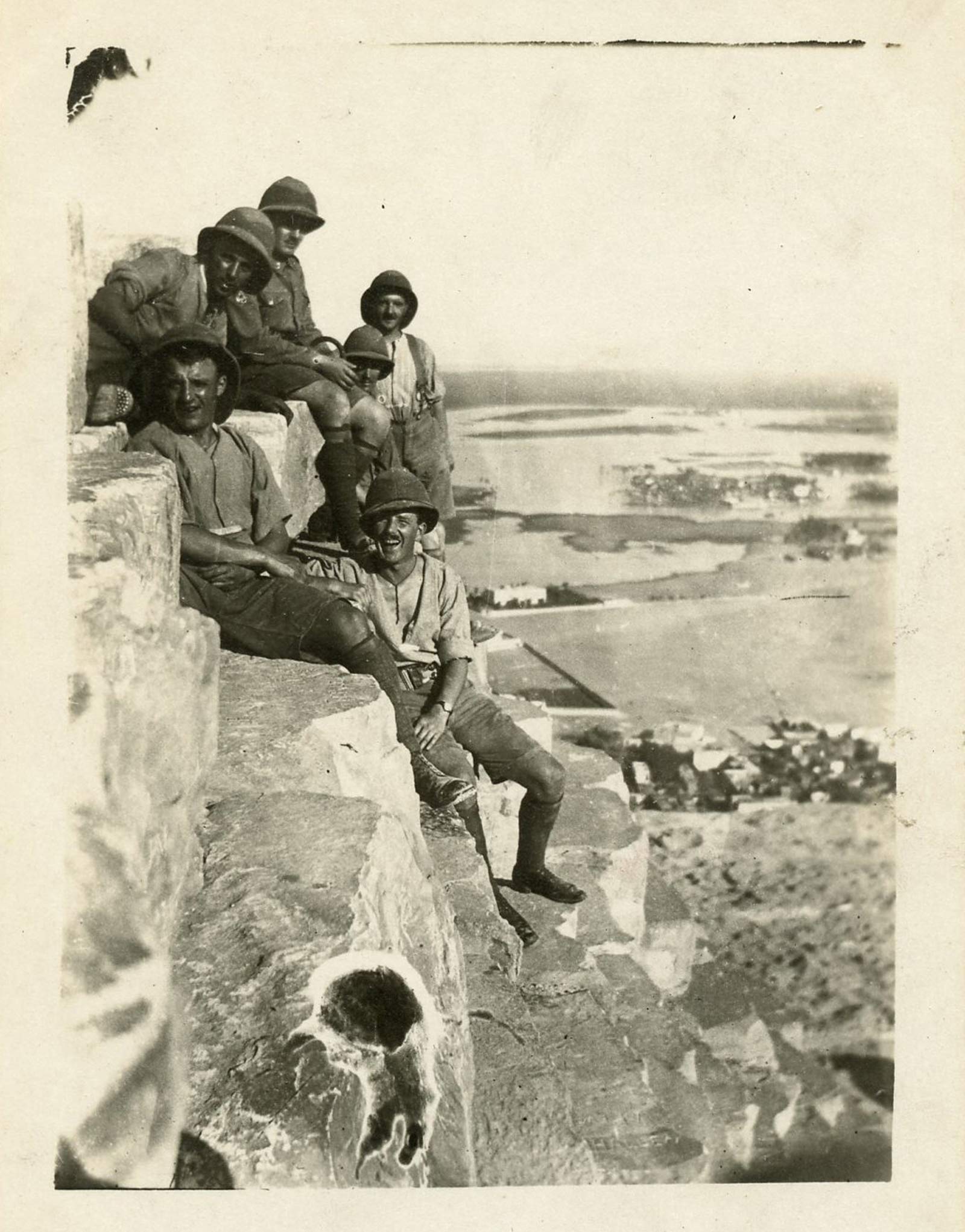 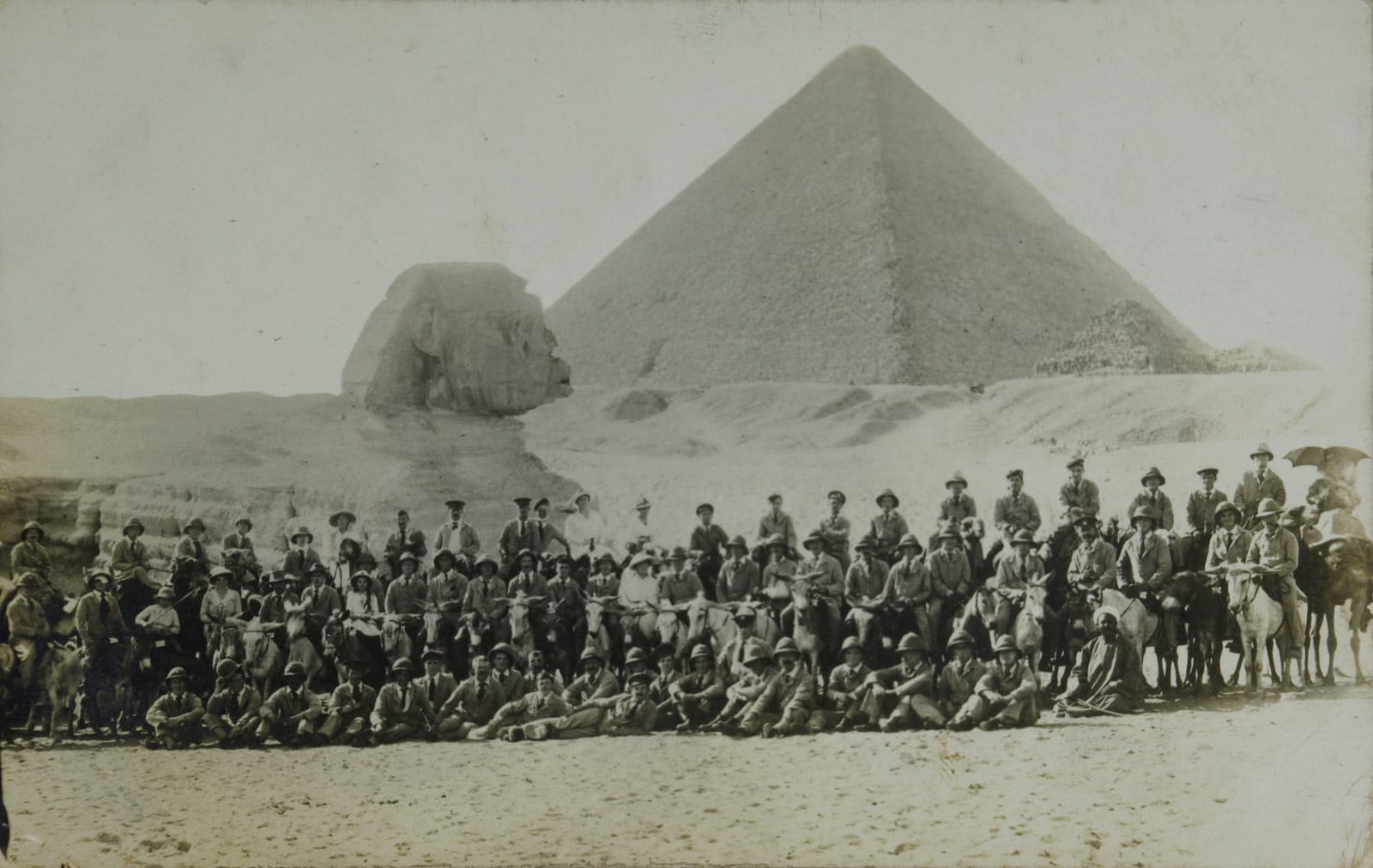 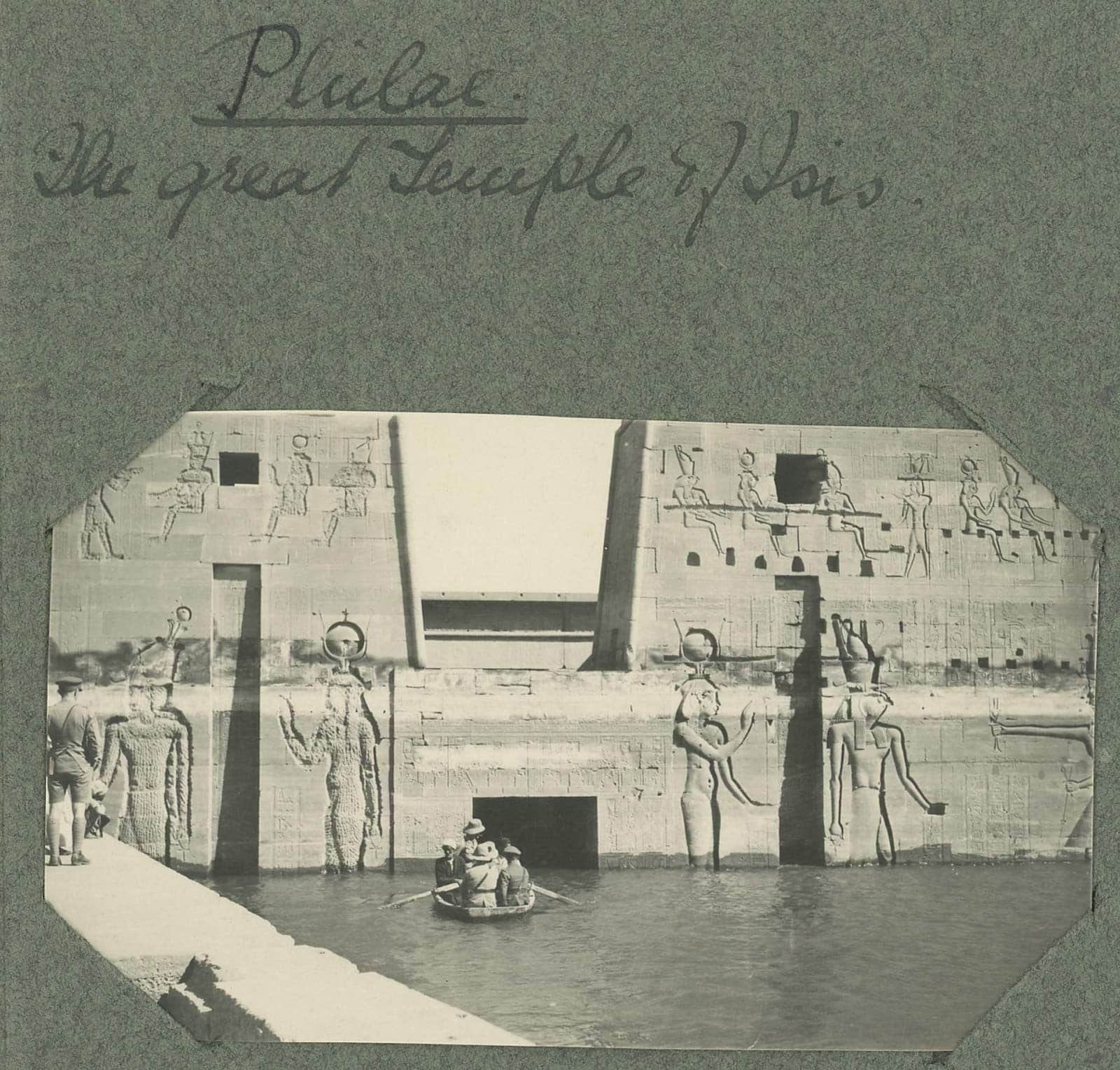 Officers viewing the Temple of Isis at Philae which was submerged for part of each year following the construction of the first Aswan dam. (Credit: Donor James Black) 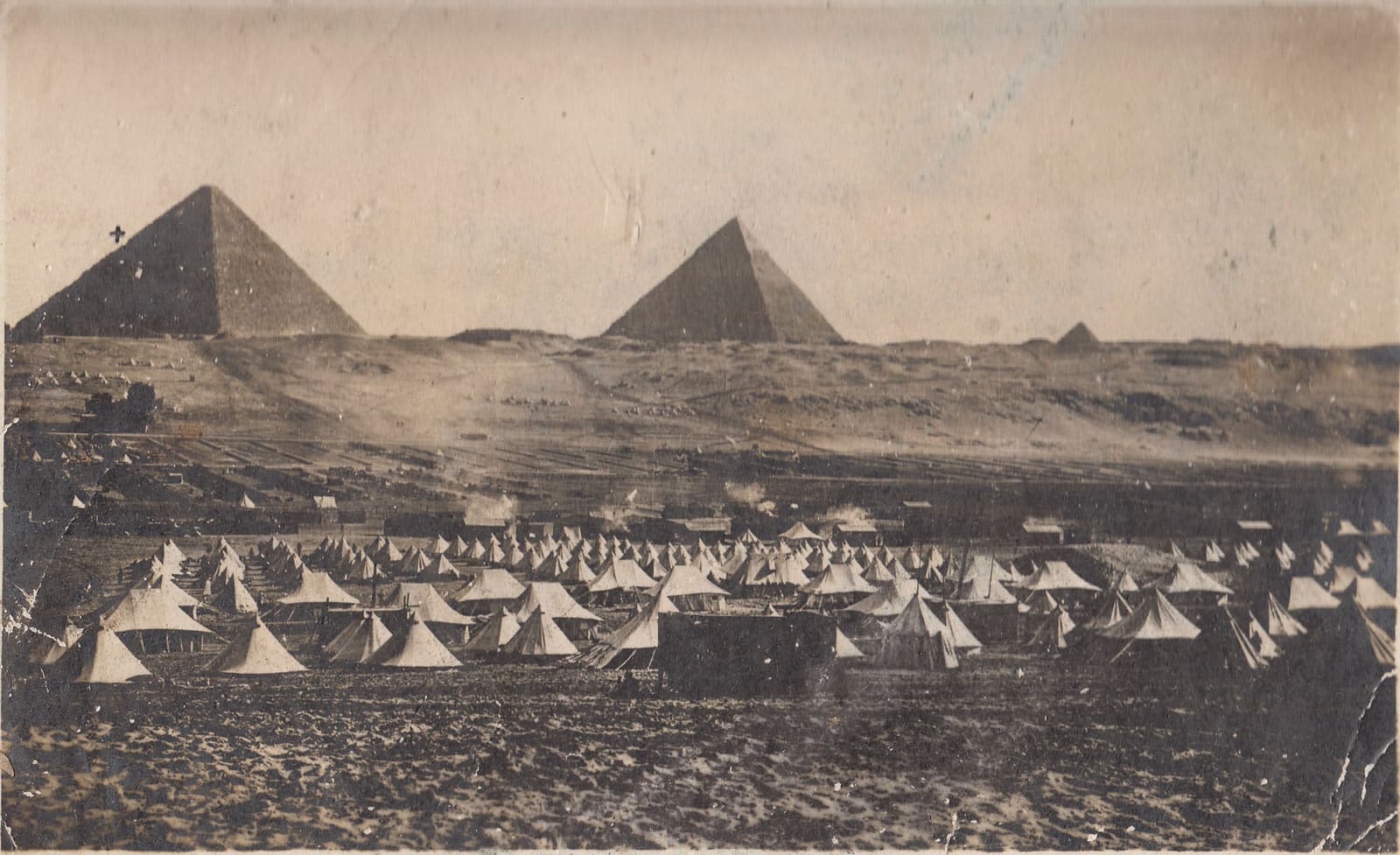 Looking east across Mena camp to the Great Pyramid. ‘+’ marks the position of a heliograph station on the pyramid. (Credit: Donor Sue Dalton)
Previous Next

More than 2,000 unseen images of Egypt and Palestine during World War I depict an often-overlooked theater of the war.

In a series of roadshows in Wales and England, members of the public shared photographs, postcards, and memories dating from the period of the First World War.

“The images…represent an otherwise unseen and unpublished resource,” says professor Paul Nicholson of Cardiff University. “Amongst the interesting discoveries have been images documenting the journeys of individuals through the conflict and their interaction with the ancient monuments of biblical lands.”

The images, which include photographs taken by servicemen and servicewomen, have been digitized and uploaded to a dedicated website, giving members of the public the chance to see what their ancestors saw, along with new views of archaeological sites, military installations, and cities as they appeared during the war.

Lost letters from Susan B Anthony found in old barn

Steve Mills of the School of History, Archaeology and Religion at Cardiff University also contributed to the project, which the Heritage Lottery Fund supported.

Racial wealth gap has roots in promises of land

Experts: Anti-Asian racism is snarled up with misogyny

Tool spots deepfake photos via light in the eyes