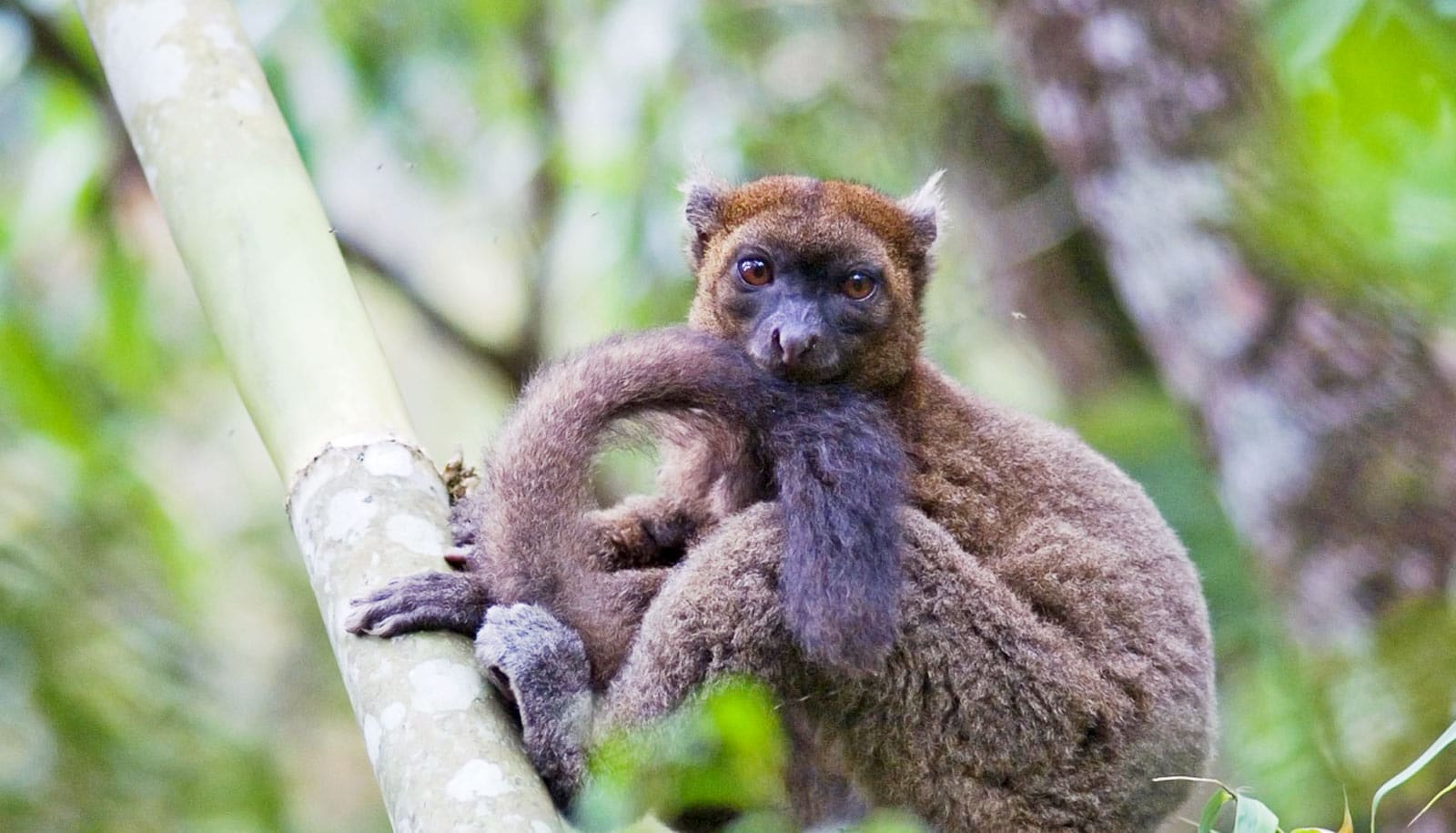 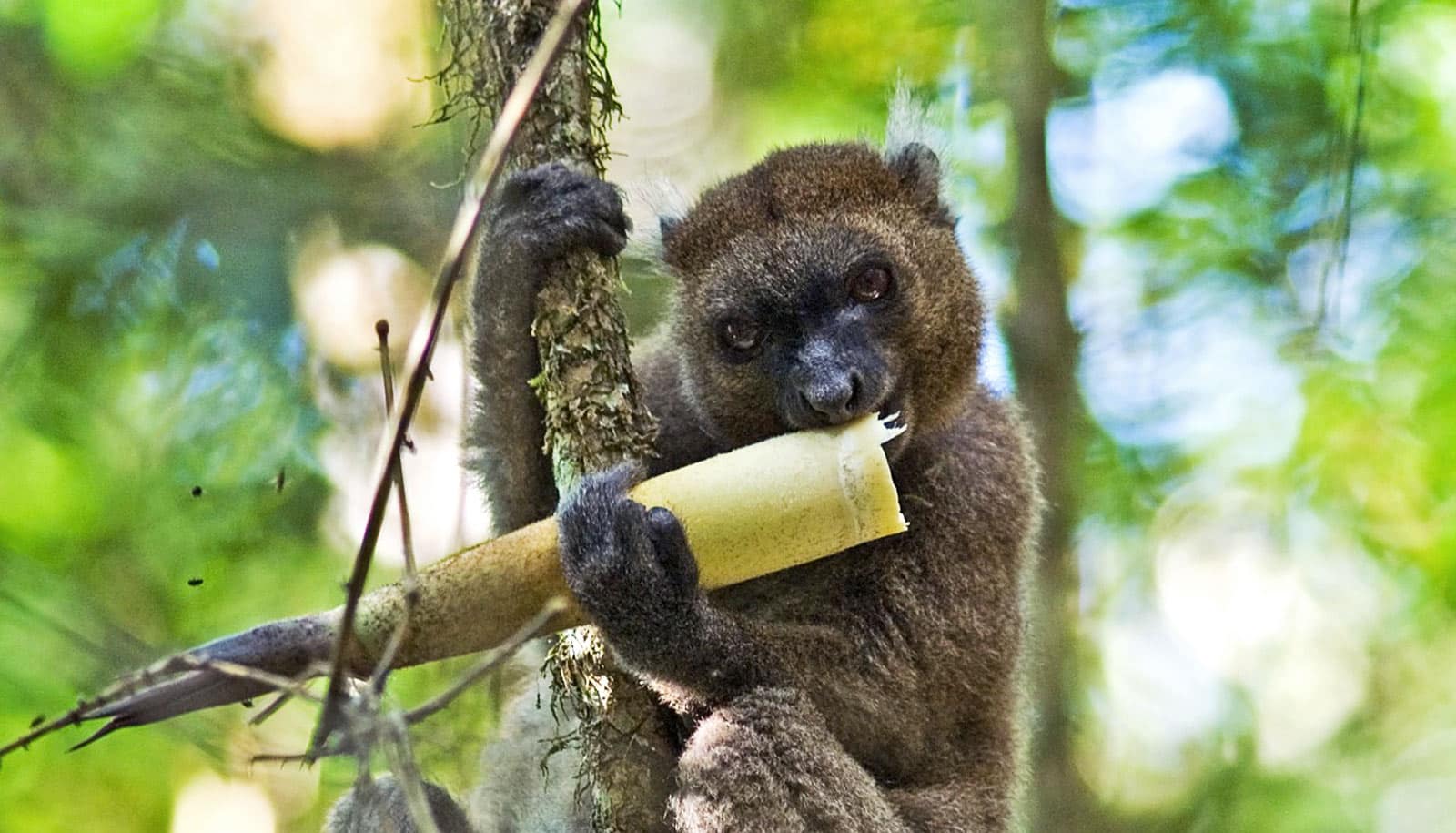 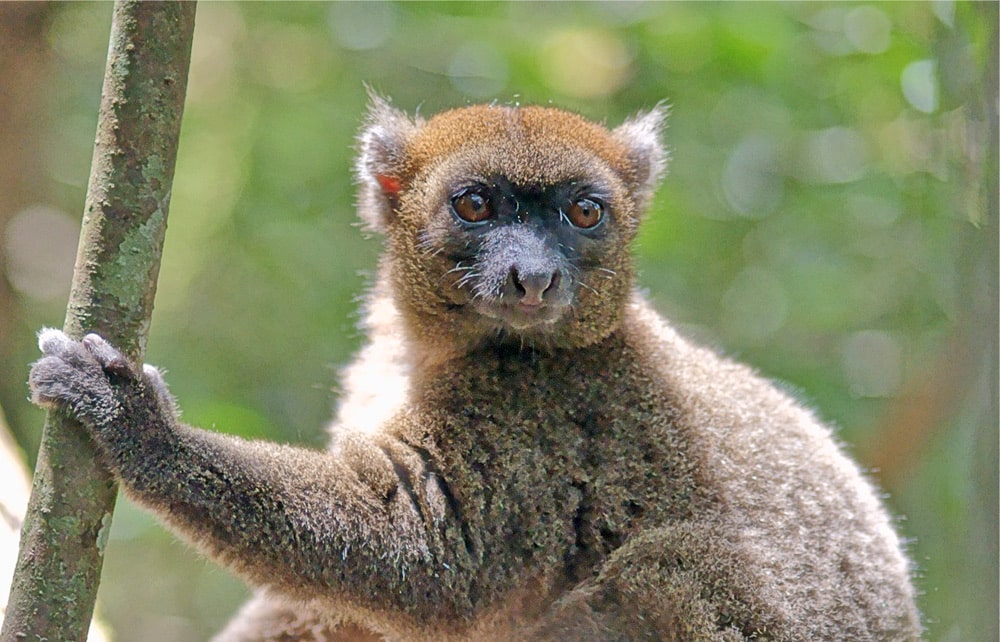 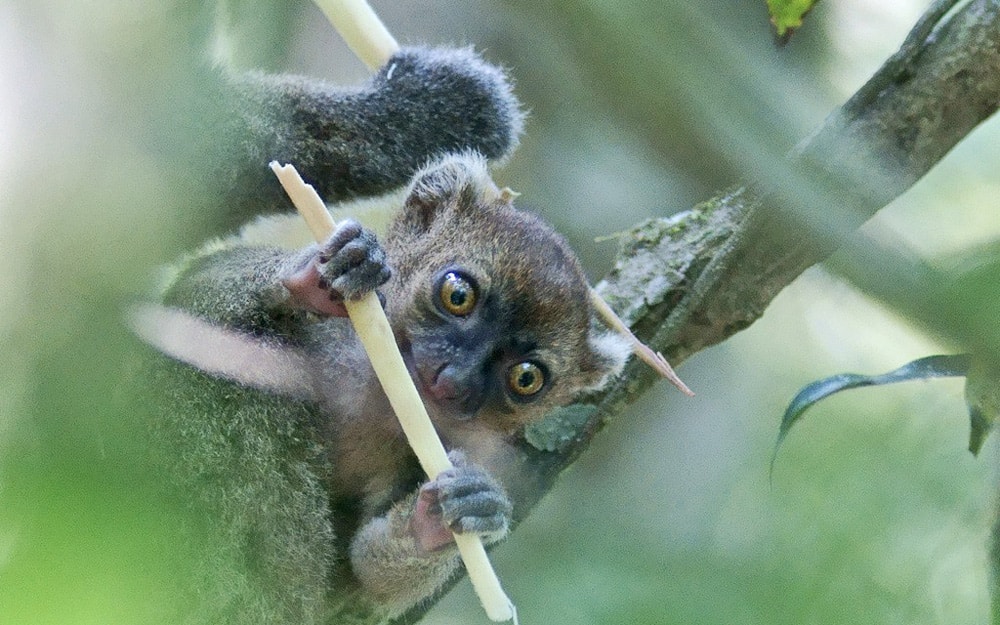 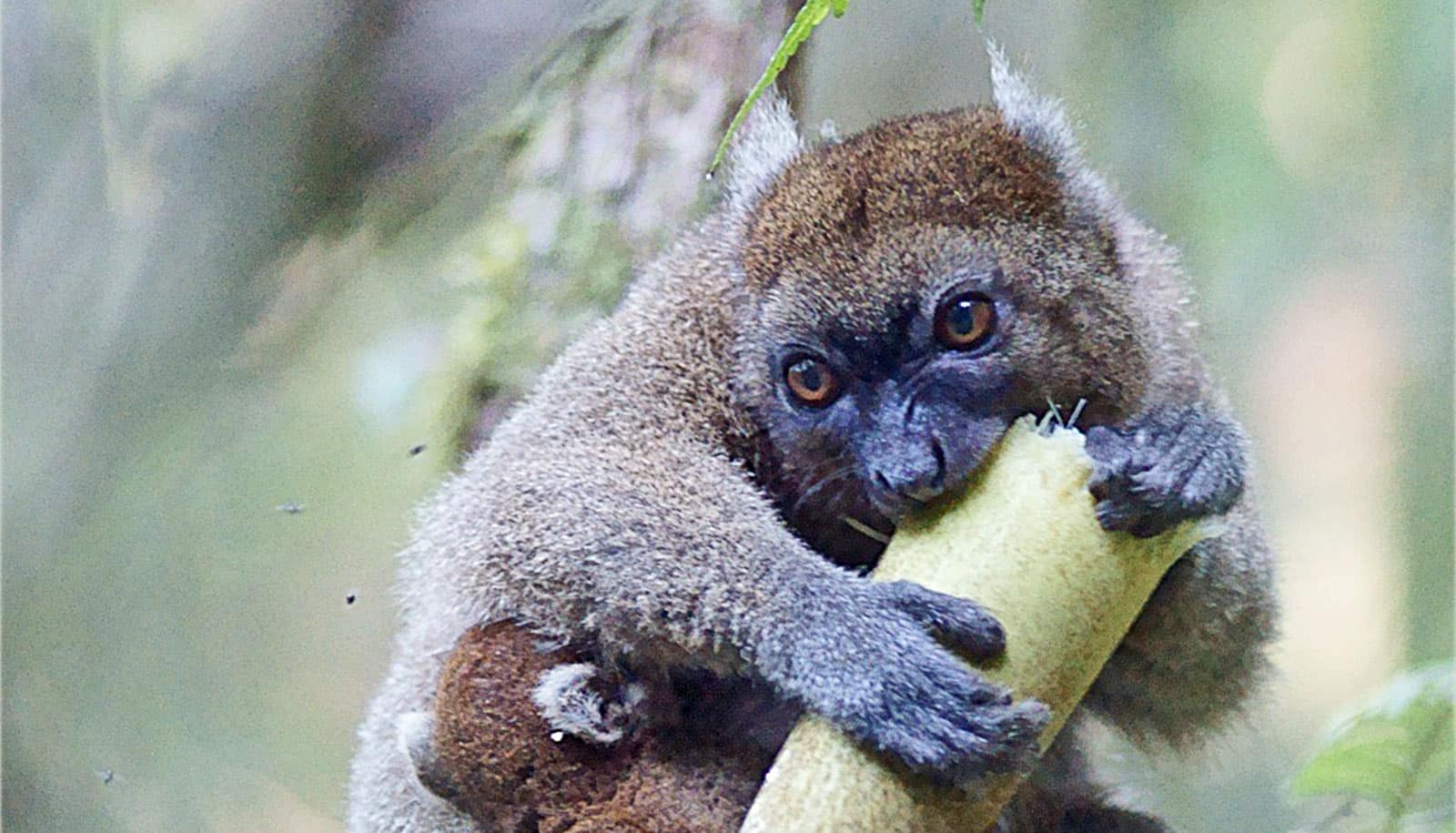 Human disturbance of tropical rainforests in Madagascar is changing the diets of critically endangered greater bamboo lemurs, report researchers. These lemurs are now eating culm, the woody trunk of the bamboo, for longer stretches of the year.

Ultimately, the researchers report, the dietary constraint will affect the lemurs’ ability to thrive and reproduce and could shorten their lifespan, further pushing them to the brink of extinction.

Researchers first showed that the greater bamboo lemurs are equipped with highly complex and specialized teeth, just as giant pandas are—the only other mammal capable of feeding on culm. Those teeth make it possible for them to consume and survive on woody culm for parts of the year.

A team of scientists spent hours watching them in their natural habitat in Madagascar’s Ranomafana National Park over a period of 18 months, collecting more than 2,000 feeding observation in all. Those data showed the lemurs spend 95 percent of their feeding time eating a single species of woody bamboo. But they only eat the culm from August to November, when dry conditions make tender shoots unavailable.

“…for extreme feeding specialists like the greater bamboo lemur, climate change can be a stealthy killer.”

Findings show rainfalls are changing annually. Over the past two years, there has been a three month delay in the rainy season and new tender shoots that great bamboo lemurs use for sustenance are appearing in January and February—14 days after the first rainfall, says Patricia Chapple Wright, a primatologist, anthropologist, and conservationist at Stony Brook University.

Since new offspring are born in November, the delayed rainy season is dangerously affecting the survival of the baby greater bamboo lemurs because of lack of nutrition available for both the mothers and offspring.

“This is why, for extreme feeding specialists like the greater bamboo lemur, climate change can be a stealthy killer,” Wright says. “Making the lemurs rely on a suboptimal part of their food for just a bit longer may be enough to tip the balance from existence to extinction.”

A characteristic of bamboo-feeding mammals is that most are considered threatened by extinction. In Asia, the geographical ranges of both giant and red pandas are diminished and similarly, in Madagascar, the two larger bamboo lemurs, the greater bamboo lemur and the golden bamboo lemur, have highly restricted distributions within the island.

In fact, once the most broadly distributed lemur in existence, the greater bamboo lemur is now one of the most critically endangered of all lemurs, with only an estimated 800 in the wild.

“By studying specialists like the greater bamboo lemur, we can identify the different ways that climate change can cause extinction,” says Jukka Jernvall, an evolutionary biologist at the University of Helsinki and coauthor of the paper in Current Biology.

“And if we do not study these endangered species now, they may go extinct before we know all the reasons why, and we’ll be less able to protect what remains.”

The findings also projected that the dry season on the island will lengthen, meaning less nutritious and more mechanically demanding bamboo for the lemurs to consume—a serious issue.

“Thirty years ago these new shoots would come in December; now they don’t start until February,” Wright says. “These challenges can translate to decreased life span, increased tooth wear, and decreased birth rate. All of this adds to the lemur’s already serious predicament: their population is in the hundreds and they’ve already suffered decades of poaching and habitat destruction due to human encroachment.”

Now, Wright and colleagues have begun a project to strategically reforest and rebamboo areas of the island. Because portions of the lemur population have been cut off from each other due to deforestation, they are planting corridors of bamboos hoping to connect the lemur’s isolated populations and expand their habitats.

They are also planting trees endemic to Madagascar and native species that are economically viable and important to the Malagasy people such as wild pepper, vanilla, chocolate and coffee in the shade under those trees.

“90 percent of Madagascar’s natural habitat is gone,” Wright says. “When it’s gone no one can live there—not animals or people. The most important thing we can do in this case is to stop the burning of the forests and also of the denuded areas.

Using the approach presented in the study, we are able to identify locations where this species may be viable if they are also protected from habitat loss and hunting.”

Can reflecting the sun’s heat cool the warming Earth?