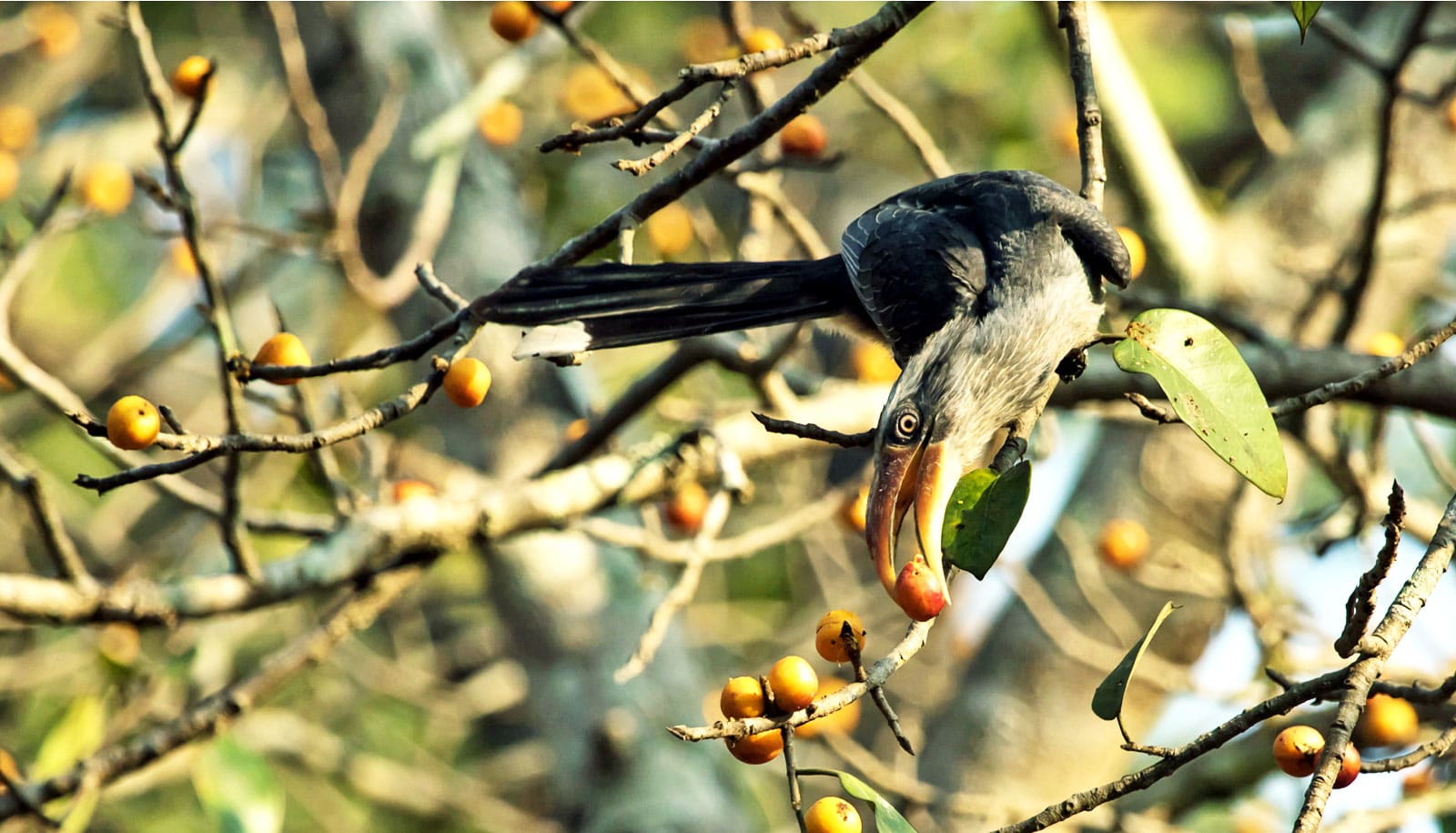 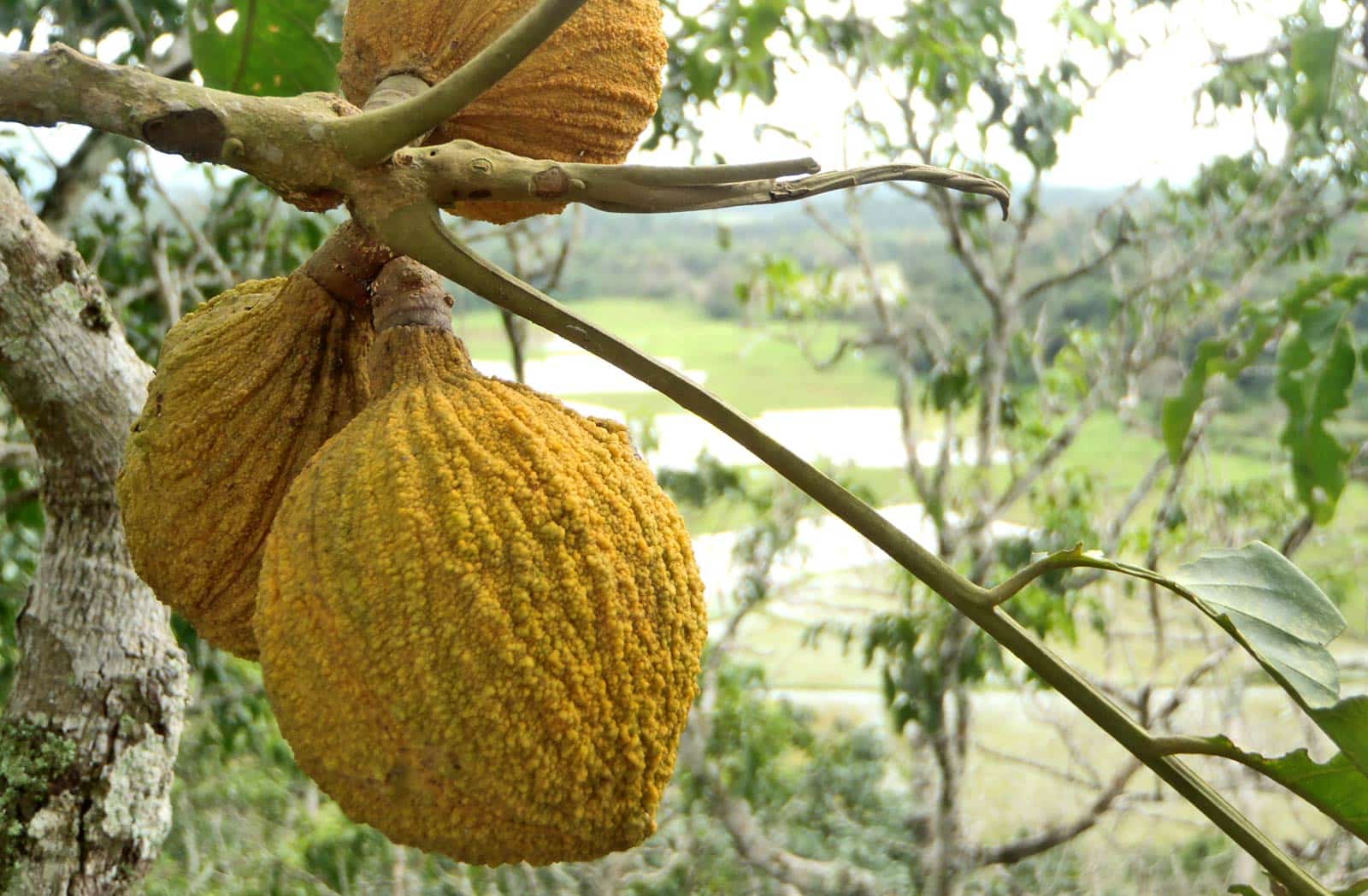 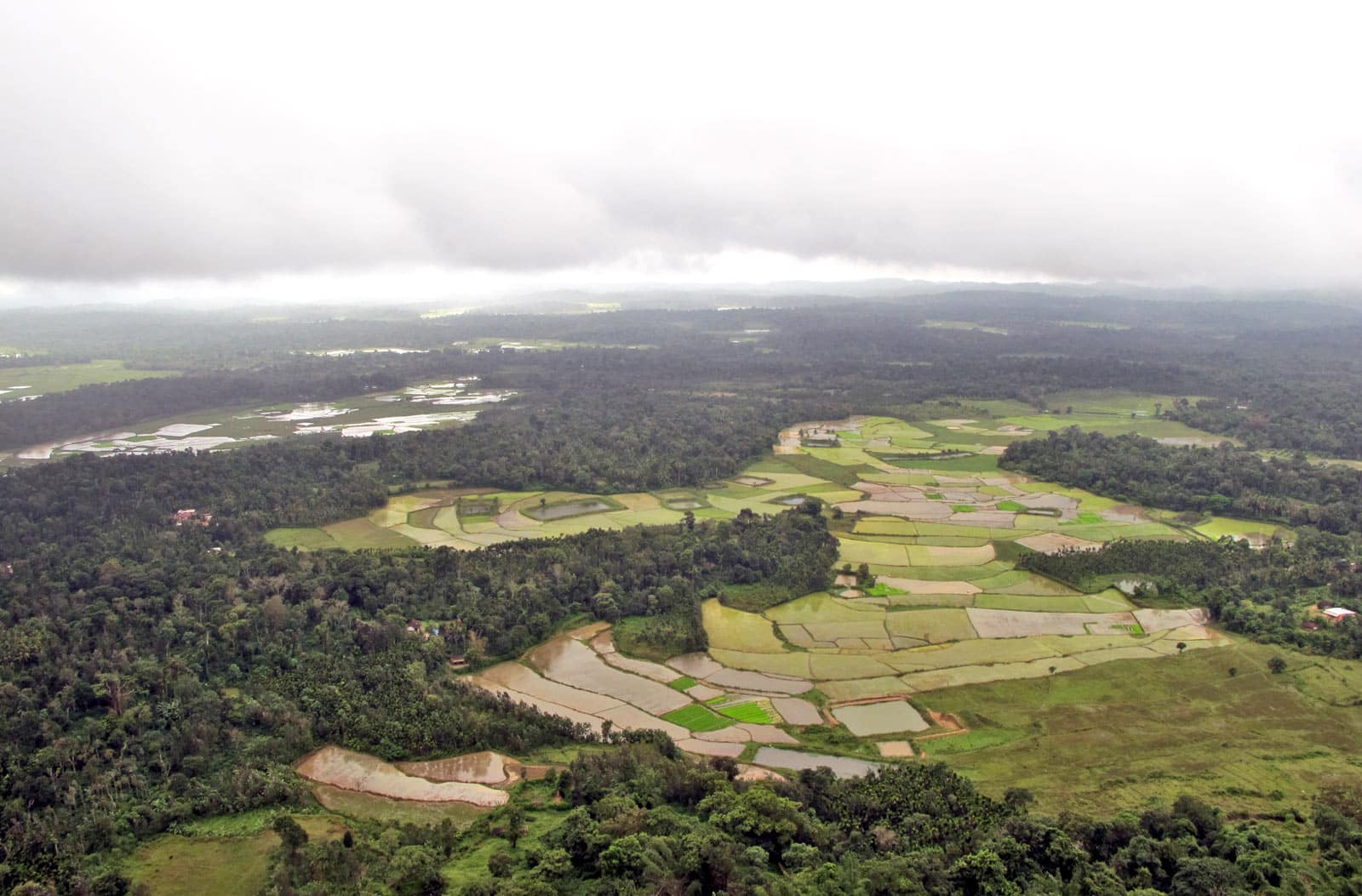 Some of the tallest trees of this rainforest fragment are white cedars. (Credit: Sascha Ismail/ETH Zurich) 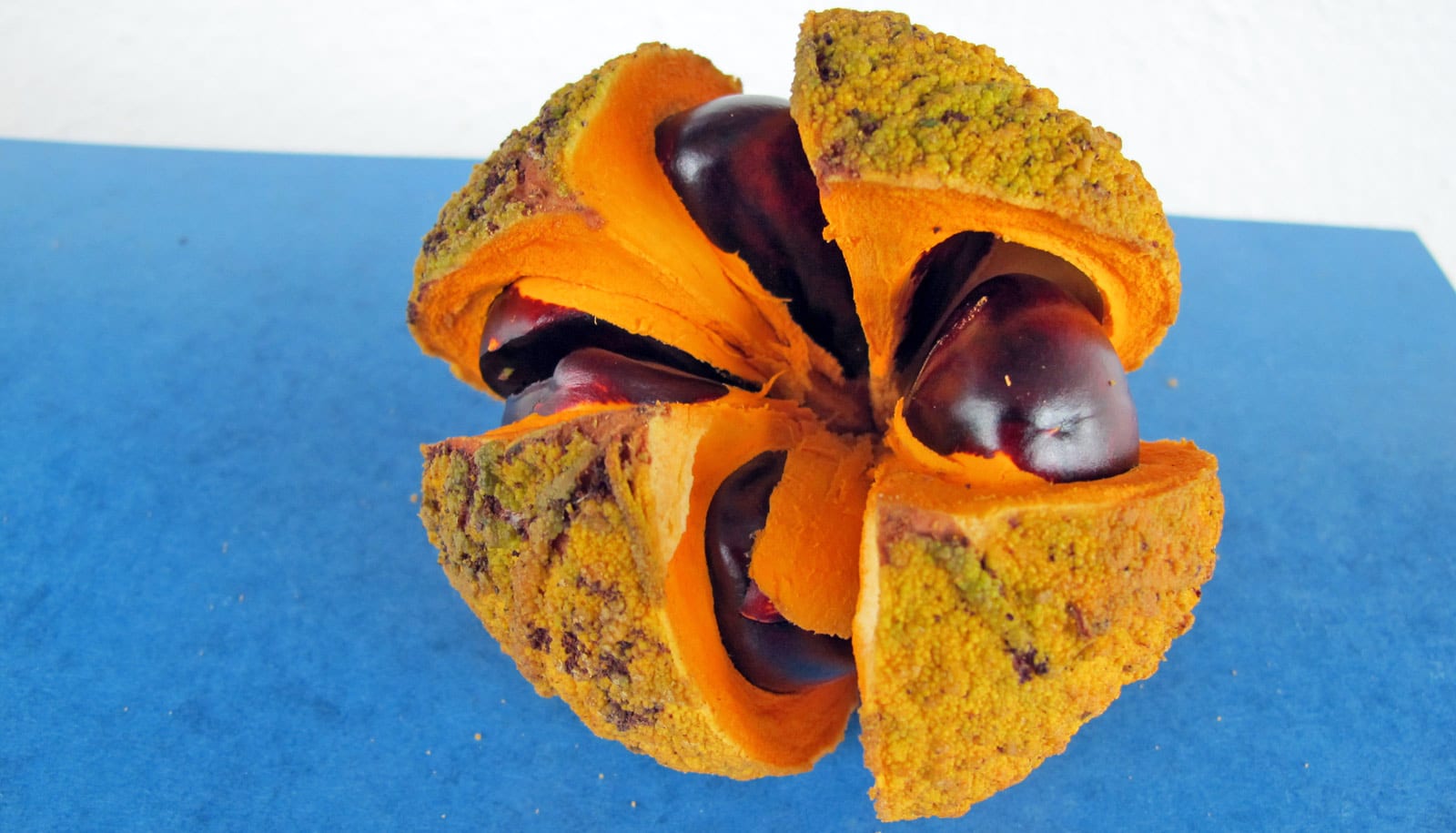 In order to restore tropical rainforests, it is not enough to simply set up protected areas and leave them alone, research in an Indian rainforest shows.

Leaving degraded and logged areas of tropical forests to nature doesn’t allow populations of certain endangered trees species to recover—particularly those that rely on birds to distribute the seeds of their large fruit.

Researchers from ETH Zurich conducted the large-scale study in the Western Ghats, the mountain range running along the western coast of India. Today, the rainforest there is highly fragmented. In the late 20th century in particular, large areas fell victim to intensive logging and commercial agriculture such as coffee and tea plantations.

“If you want to encourage them to spread, the only option is to collect their seeds, set up tree nurseries, and then actively plant out the saplings at a later stage.”

Working with Indian colleagues, the ETH researchers investigated how well trees from rainforest fragments could spread to areas that had previously been cleared or logged but are now back under forest cover. At the heart of their study was the white cedar (Dysoxylum malabaricum), a tropical species belonging to the mahogany family.

“These rainforest giants tower above the other trees and therefore occupy an important ecological niche,” says Chris Kettle, a scientist at ETH Zurich’s Institute of Terrestrial Ecosystems, who led the study.

The tree’s seeds are distributed primarily by a specific species of hornbill, the Malabar grey hornbill, which eats the fleshy, fig-sized fruit and then excretes the seeds. Until now, it was not known how far the hornbills carry the seeds in their bodies. Theoretically, as the birds cover long distances, they could contribute to a rapid distribution of the tree species over a large area.

This is not the case, however, as the researchers have now discovered. Through genetic maternity testing of seedlings and adult trees, they were able to show that generally the seedlings grow no more than 200 meters from the mother tree, and in many cases at a distance of just 40 to 100 meters.

“We suspect that the hornbills regurgitate the seeds relatively close to the tree from which they fed, so that they don’t have to fly with their stomachs full of heavy seeds,” says doctoral student Sascha Ismail, first author of the study in New Phytologist.

How birds evolved such crazy beaks

The results of the research have implications for the restoration of rainforests: “It is highly unlikely that the tree species we studied is able to recolonize cleared patches in a fragmented habitat by natural seed dispersal alone,” says Kettle. He adds that the same applies to other endangered species of tropical tree with large fruit and seeds dispersed by birds, as evidence from other fragmented tropical forests around the world shows that seeds of this kind are dispersed only locally.

“For rainforest restoration projects to be successful, you have to give special attention to these trees,” says Kettle. “If you want to encourage them to spread, the only option is to collect their seeds, set up tree nurseries, and then actively plant out the saplings at a later stage.”

For the parentage analysis, the researchers surveyed exhaustively an area covering 216 square kilometers. They analyzed the DNA of all 235 adult trees found there, as well as of 448 seedlings. “This is the largest study of its kind ever carried out in a fragmented tropical ecosystem,” says Kettle.