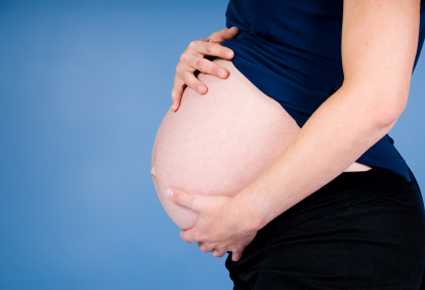 For the past decade, the rate of gestational diabetes as previously measured has soared as much as 50 percent. “We shouldn’t be surprised,” Boyd Metzger says. “The fact that we have a lot of gestational diabetes to deal with is consistent with the major impact that diabetes and obesity are having in our population at large. How could we expect pregnancy to escape that?”

“As a result of this study, more than 16 percent of the entire population of pregnant women qualified as having gestational diabetes,” says lead author Boyd Metzger, the Tom D. Spies Professor of Metabolism and Nutrition at Northwestern University’s Feinberg School of Medicine. “Before, between 5 to 8 percent of pregnant women were diagnosed with this.”

Blood sugar levels that were once considered in the normal range are now seen as causing a sharp increase in the occurrence of overweight babies with high insulin levels, early deliveries, cesarean section deliveries, and potentially life-threatening preeclampsia, a condition in which the mother has high blood pressure that affects her and the baby.

Large babies, the result of fat accumulation, are defined as weighing in the upper 10 percent of babies in a particular ethnic group. Because large babies increase the risk of injury during vaginal delivery, many of the women in the study were more likely to have a cesarean section.

Previous guidelines to diagnose gestational diabetes were based on blood sugar levels that identified women at high risk for developing diabetes in the future. The guidelines weren’t related to risks to the baby or other risks to the mother.

The study, published in the March issue of Diabetes Care, included more than 23,000 women in nine countries.

The good news, Metzger notes, is recent studies show women with mild gestational diabetes, who were treated with lifestyle and diet changes as well as blood sugar monitoring, greatly reduced their risk of complications.

As a result of treatment, the women had smaller babies, fewer cesarean deliveries, and less preeclampsia, Metzger notes.

Previously, these levels had been considered in the safe, normal range, and two elevated levels were required for a diagnosis of gestational diabetes.

The researchers spent almost two years determining how to apply findings from a 2008 study, also led by Metzger, that found a much lower level of a pregnant woman’s blood sugar than previously believed increased the risk of serious complications.

The researchers set their new diagnosis and treatment criteria by determining the blood sugar level that nearly doubled the risks to the baby and mother.

“This study says these risks to pregnancy are like many things we deal with in medicine,” Metzger explains.

“The risk of having a stroke doesn’t begin when your blood pressure is 140 over 80. That’s when we say you have hypertension, but that’s not where the risk begins to affect your health. That starts sooner.

“A similar situation is how your cholesterol level relates to the risk of having heart disease.  It doesn’t begin at 200. That’s where it reaches the threshold where common treatments can reduce the risks.

“Our research represents an examination of risks and a consensus about how high a level the risk needs to reach before a diagnosis should be made and treatment should be considered,” Metzger says.

For the past decade, the rate of gestational diabetes as previously measured has soared as much as 50 percent.

“We shouldn’t be surprised,” Metzger says. “The fact that we have a lot of gestational diabetes to deal with is consistent with the major impact that diabetes and obesity are having in our population at large. How could we expect pregnancy to escape that?”

The 23,000 women were part of the Hyperglycemia and Adverse Pregnancy Outcomes (HAPO) project, which began in 1999 and was funded by the National Institutes of Health.