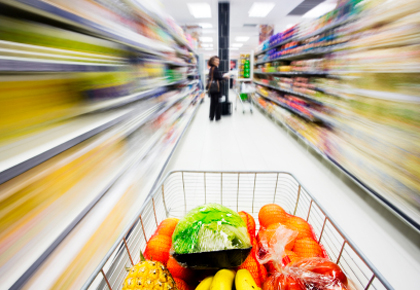 “Choosing from larger assortments tends to increase choice difficulty and, consequently, can cause consumers to rely more on accessible justifications when making their choice,” researchers report in their paper, published in the Journal of Consumer Research. “As a result, we argue that choosing from a larger assortment should lead consumers to select options that are easier to justify.”

U. PENN (US)—Variety may be the spice of life, but it also appears to encourage consumers to make reasonable—rather than indulgent—choices.

A recent study by researchers from the University of Pennsylvania, the University of California, Los Angeles, and Stanford University shows that increasing the number of goods or services available to consumers can lead them to make sensible choices, because they are easier to justify than more indulgent ones.

Conventional wisdom suggests that providing a larger selection of goods encourages consumers to make a purchase because they are more likely to find a product that suits them.

“Today, the consumer is confronted with many more options than ever before,” says marketing professor Jonah Berger from Penn’s Wharton School. While stores may once have stocked just two types of ketchup, there may now be 10—or 100 magazine titles when there were once 25.

Recent research by other academics, however, has shown that as the size of an assortment grows, consumers can become overwhelmed and often choose not to choose. According to Berger, the concept is known as the “paradox of choice.”

But there is a richer layer of complexity when consumers are in a situation where they have to make a choice. To explore that situation, Berger and his fellow researchers set up a series of experiments offering coupons or token amounts of cash to participants as a way to study how the number and variety of assortment determined what they purchased.

“Choosing from larger assortments tends to increase choice difficulty and, consequently, can cause consumers to rely more on accessible justifications when making their choice,” the authors note in their paper, which was published in the Journal of Consumer Research. “As a result, we argue that choosing from a larger assortment should lead consumers to select options that are easier to justify.”

The paper explores the process of how, in certain circumstances, consumers find it easier to justify less virtuous choices. For example, Berger says, someone who had just done charity work might find it easier to choose something that is fun even from a large number of choices. “If you are just coming out of the gym, you might feel justified to choose something to eat that is unhealthy,” he notes. “So while more options lead people to choose things that are easy to justify, what in particular is easy to justify may vary based on situational factors.”

The researchers concede that their study results have limitations: “An important boundary condition for these findings is the extent to which larger assortments actually increase choice difficulty. If choosing from larger assortments is not more difficult (e.g., when one option dominates or when consumers have well-defined preferences), then larger assortments should be less likely to influence the type of options consumers choose,” the paper states.

According to Berger, their findings show that when choice difficulty is present for consumers who are confronted with a larger assortment, they tend to choose a certain way.

The findings have particular marketing and managerial implications, says Berger. For example, manufacturers of healthy snacks might improve sales if they sell their products in venues with many other options.

In another example, the authors describe how a recruiter might react when sifting through a pile of job applications. The recruiter might be influenced by the number of candidates in the pool, the length of each application, and similarities among individual resumes.

“To the extent that these factors are associated with greater choice difficulty, they are likely to bias choice outcome in favor of choices that are easier to justify,” the researchers write. “This could potentially lead the recruiter to select participants of particular races, genders, or background characteristics.”

In-person ‘retail therapy’ may be gone for good

When stuff is scarce, people don’t judge quality by price

Consumer spending is down. Will we continue to buy less stuff?