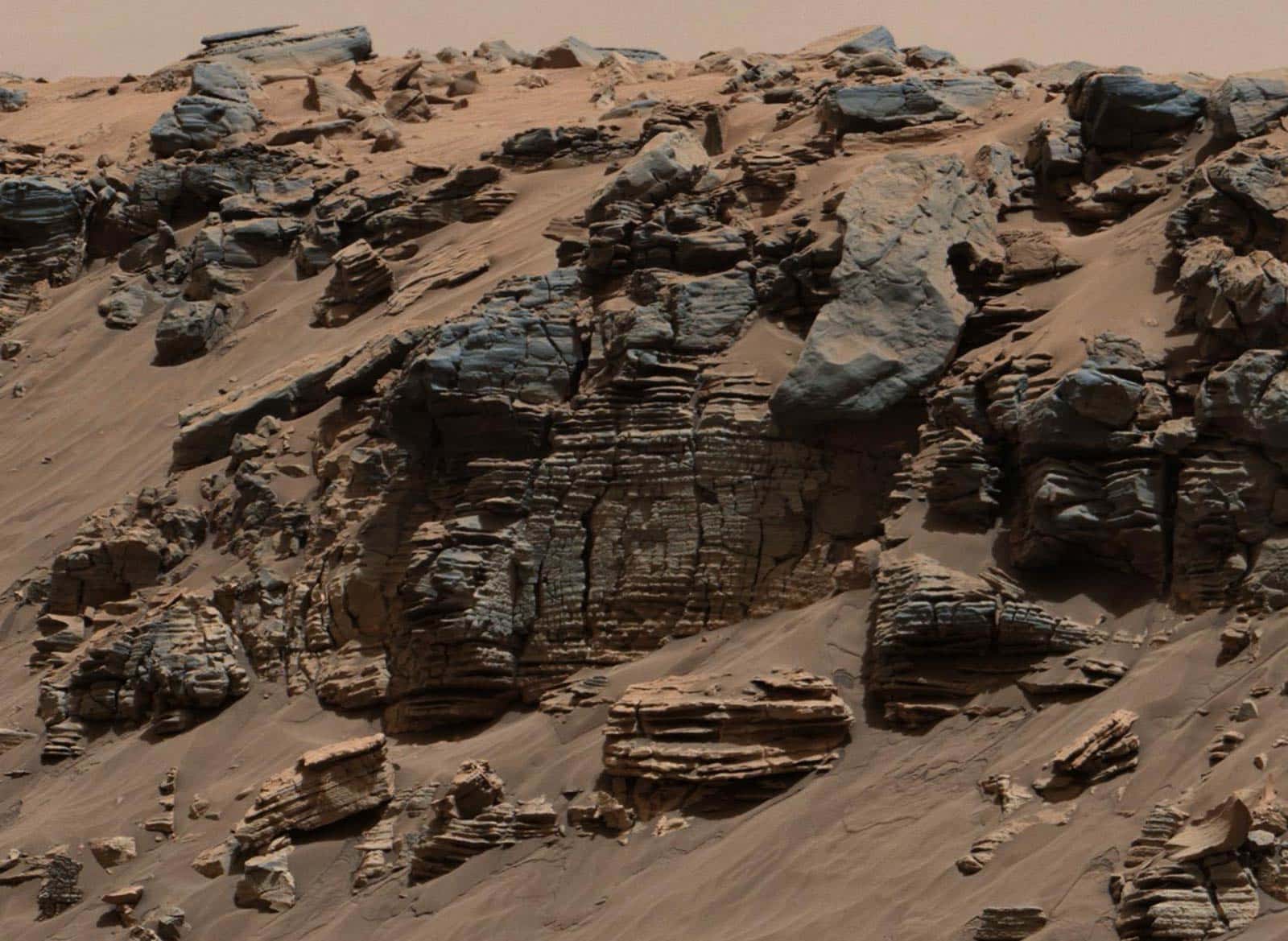 Sedimentary rocks from three locations on lower Mount Sharp on Mars examined by NASA’s Curiosity rover provide examples of different textures interpreted as sediments deposited at different depths within a long lived lake. This example exhibits thicker layers which occur at the edge of a lake where sediment-bearing water enters the lake, slows down and drops much of its sediment. (Credit: NASA/JPL-Caltech/MSSS) 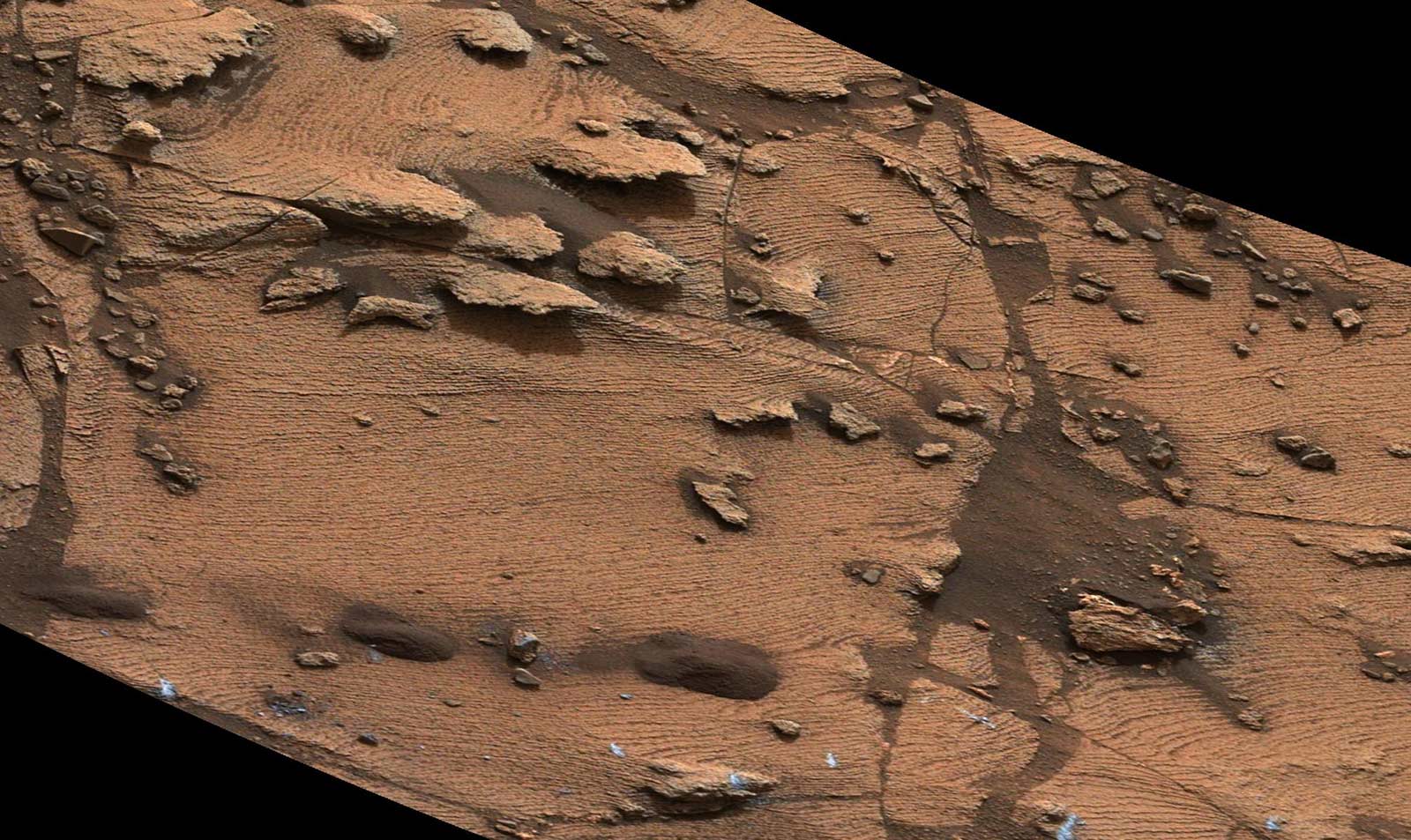 This example has thinner layers and is interpreted as deposition that occurred farther from the edge of the lake, in deeper water. (Credit: Stony Brook University) 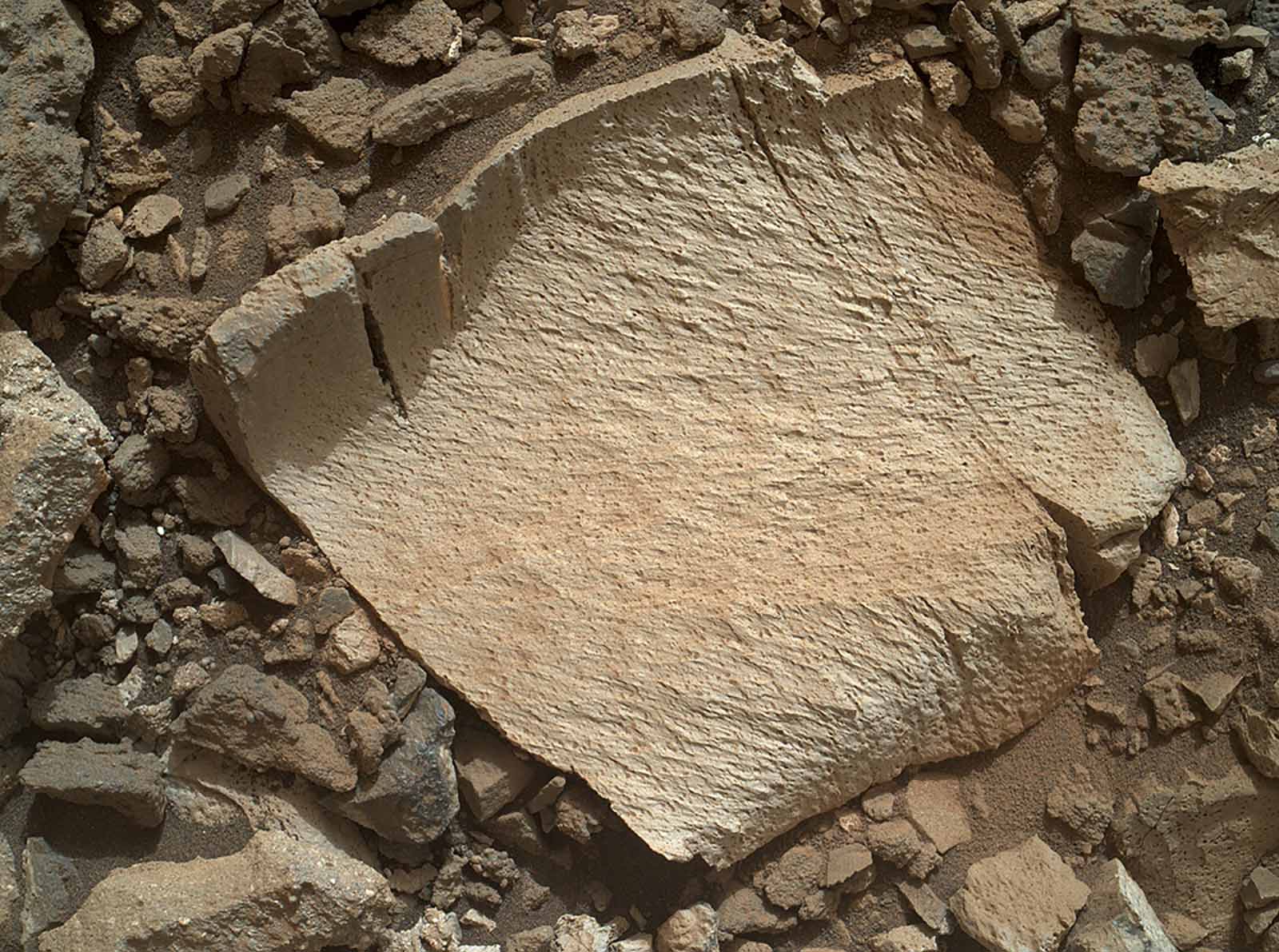 This example shows very thick laminations, characteristic of sediment deposition from water that has become quite still, in the deepest part of the lake. (Credit: Stony Brook University)
Previous Next

Information collected during NASA’s Curiosity rover mission suggests that an ancient, long-gone lake on Mars once had chemical and physical properties similar to those found in lakes on Earth.

The study provides evidence that there were multiple environments in the lake that could have supported life.

Previous work with the Curiosity rover revealed the presence of a lake more than three billion years old in Gale Crater. This study defines the chemical conditions that existed in the lake and uses Curiosity’s powerful payload to determine that the lake was stratified.

“These were different, coexisting environments in the same lake,” says Joel Hurowitz, an assistant professor in the department of geosciences at Stony Brook University and lead author of the paper. “This type of oxidant stratification is a common feature of lakes on Earth, and now we have found it on Mars.”

The researchers also document fluctuations in the climate of ancient Mars.

The method the team used for detecting changes in ancient climate conditions on Mars resembles how ice cores are used to study past temperatures on Earth. It is based on comparing differences in the chemical composition of layers of mud-rich sedimentary rock that were deposited in quiet waters of the lake.

These new results from Curiosity pave the way for future NASA rover missions to Mars, such as the Mars 2020 rover mission, which will find and explore the Martian rock record in search of possible signs of ancient life.

The study appears in the journal Science.