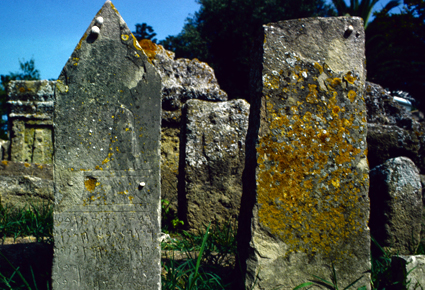 Stressing the need to consider all evidence when analyzing ancient social mores, researchers examined 348 burial urns to learn that about a fifth of the children were prenatal at death, indicating that young Carthaginian children were cremated and interred in ceremonial urns regardless of cause of death. The findings counters claims of systematic infant sacrifice at Carthage

U. PITTSBURGH (US)—New research refutes the millennia-old conjecture that the ancient empire of Carthage regularly sacrificed its youngest citizens.

An examination of the remains of Carthaginian children revealed that most infants perished prenatally or very shortly after birth and were unlikely to have lived long enough to be sacrificed, according to a report in Proceedings of the Library of Science (PLoS) ONE. 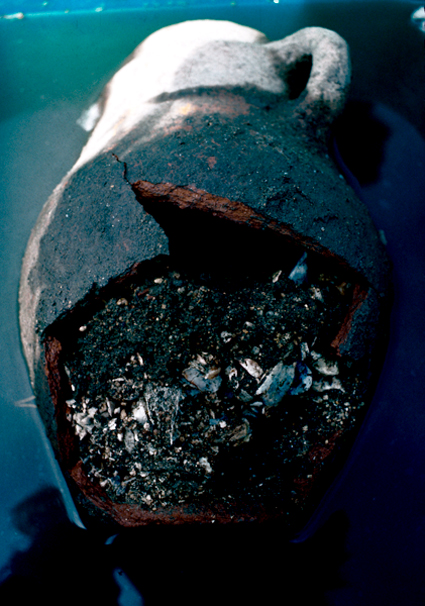 The findings—based on the first published analysis of the skeletal remains found in Carthaginian burial urns—counters claims from as early as the 3rd century BCE of systematic infant sacrifice at Carthage that remain a subject of debate among biblical scholars and archaeologists, says lead researcher Jeffrey Schwartz, a professor of anthropology and history and philosophy of science at the University of Pittsburgh and president of the World Academy of Art and Science.

Schwartz and his colleagues present the more benign interpretation that very young Punic children were cremated and interred in burial urns regardless of how they died.

“Our study emphasizes that historical scientists must consider all evidence when deciphering ancient societal behavior,” Schwartz says. “The idea of regular infant sacrifice in Carthage is not based on a study of the cremated remains, but on instances of human sacrifice reported by a few ancient chroniclers, inferred from ambiguous Carthaginian inscriptions, and referenced in the Old Testament. Our results show that some children were sacrificed, but they contradict the conclusion that Carthaginians were a brutal bunch who regularly sacrificed their own children.”

Schwartz worked with Frank Houghton of the Veterans Research Foundation of Pittsburgh, Roberto Macchiarelli of the National Museum of Natural History in Paris, and Luca Bondioli of the National Museum of Prehistory and Ethnography in Rome to inspect the remains of children found in Tophets, burial sites peripheral to conventional Carthaginian cemeteries for older children and adults. Tophets housed urns containing the cremated remains of young children and animals, which led to the theory that they were reserved for victims of sacrifice.

Schwartz and his coauthors tested the all-sacrifice claim by examining the skeletal remains from 348 urns for developmental markers that would determine the children’s age at death. Schwartz and Houghton recorded skull, hip, long bone, and tooth measurements that indicated most of the children died in their first year with a sizeable number aged only two to five months, and that at least 20 percent of the sample was prenatal.

Schwartz and Houghton then selected teeth from 50 individuals they concluded had died before or shortly after birth and sent them to Macchiarelli and Bondioli, who examined the samples for a neonatal line. This opaque band forms in human teeth between the interruption of enamel production at birth and its resumption within two weeks of life. Identification of this line is commonly used to determine an infant’s age at death. Macchiarelli and Bondioli found a neonatal line in the teeth of 24 individuals, meaning that the remaining 26 individuals died prenatally or within two weeks of birth, the researchers reported.

The contents of the urns also dispel the possibility of mass infant sacrifice, Schwartz and Houghton noted. No urn contained enough skeletal material to suggest the presence of more than two complete individuals. Although many urns contained some superfluous fragments belonging to additional children, the researchers concluded that these bones remained from previous cremations and may have inadvertently been mixed with the ashes of subsequent cremations.

The team’s report also disputes the contention that Carthaginians specifically sacrificed first-born males. Schwartz and Houghton determined sex by measuring the sciatic notch—a crevice at the rear of the pelvis that’s wider in females—of 70 hipbones. They discovered that 38 pelvises came from females and 26 from males. Two others were likely female, one likely male, and three undetermined.

Schwartz and his colleagues conclude that the high incidence of prenate and infant mortality are consistent with modern data on stillbirths, miscarriages, and infant death. They write that if conditions in other ancient cities held in Carthage, young and unborn children could have easily succumbed to the diseases and sanitary shortcomings found in such cities as Rome and Pompeii.