Researchers are testing a way to use Xbox Kinect to check the lung function of people with cystic fibrosis and other respiratory conditions.

The system consists of four Kinect sensors that quickly create a 3D image of a patient’s torso. This enables physicians to measure and assess how a chest wall moves. Tests show the method is as accurate as breathing into a spirometer but it also provides additional information about chest movement, which could help in identifying numerous respiratory problems. 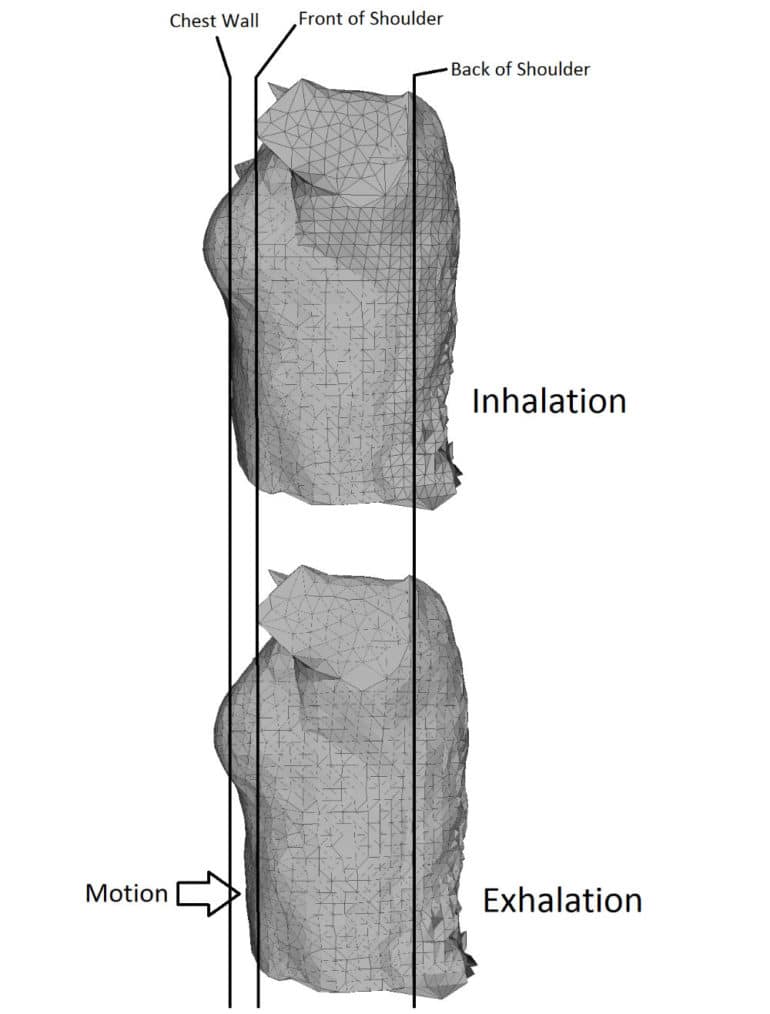 Their work is detailed in a paper published in Medical and Biological Engineering and Computing.

Spirometry is the technique most commonly used to treat lung diseases, including chronic bronchitis, emphysema, and chronic obstructive airways. It requires a patient to take the deepest breath they can, and then exhale into the sensor as hard as possible, for as long as possible.

However it has significant limitations as it doesn’t allow doctors to assess how different areas of each lung function. It can result in inaccurate readings of some patients’ breathing such as older people and children, and those with facial abnormalities or muscle weakness are often unable to form a tight seal around the mouthpiece.

“There are some conditions that doctors can’t detect or assess using spirometry such as collapsed lung segments or respiratory muscle weakness. However our prototype allows physicians to make accurate assessments,” says project lead Chris Golby at the Institute of Digital Healthcare at the University of Warwick.

“It is also potentially very useful in assessing changes in respiratory physiology that occur during exercise. This is in contrast with existing systems which rely on data from one viewpoint.”

Stretchy sensor works like a brain to process health data