MONASH U. (AUS) — Scientists are a bit closer to solving a puzzle of evolution: why some families of mammals evolved to be super-sized, while others have remained small.

In research published in Proceedings of the Royal Society B, researchers propose a new theory explaining the diversity of mammal sizes—from the Etruscan shrew, which weighs around two grams, to the blue whale, which clocks in at almost 200 tons. Surprisingly, baby weight relative to adult body mass is key.

Alistair Evans of the Monash University School of Biological Sciences says size affects all aspects of an animal’s physiology and anatomy, and the roles it can play in ecosystems.

“Size is fundamental to your life and your body—how fast your heart beats, how much food you need to eat, and how you move,” says Evans. 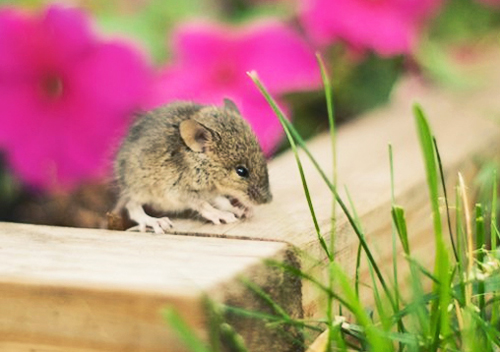 The findings hint at why many large animals went extinct after the last Ice Age, according to the researchers, who say the findings could help predict which species are most likely to survive climate change. (Credit: zoeymelf/Flickr)

Following the extinction of the dinosaurs, mammals flourished and their size increased dramatically. The study examines the maximum size of groups, including whales, elephants, primates, and rodents, over this period to analyze the constraints on size.

The researchers found that species that matured more quickly and produced a larger mass of young each year relative to body weight were able to evolve to a larger maximum size. Further, they are likely to reach that size in fewer generations.

This high rate of biological production is vital, regardless of whether many small young or just one large offspring are born in a year.

Evans says whales were an excellent example of the theory.

“The blue whale is the largest animal to have evolved, even larger than dinosaurs, and it reached this size at the fastest rates we recorded. Key to this success is that they produce large young that mature quickly, reaching around 30 meters in eight to 10 years,” says Evans.

Lead author of the study, Jordan Okie from Arizona State University, says primates were at the opposite end of the spectrum.

“Primates have a low production rate and have evolved very slowly. They have never got bigger than about 500 kilograms,” Okie says.

“This is a really surprising finding,” says Evans.

“It points to why many of the large animals went extinct after the last Ice Age, as changing climates probably increase mortality rates. Large animals are also at high risk of extinction in modern environments because it takes a long time for their population to rebound from disasters.”

In the future, this work will be extended to help explain how extinction risk may be reduced in the face of climate change.

What happened to megafauna when humans got to Madagascar?

More feverish babies in ER during COVID had serious infections