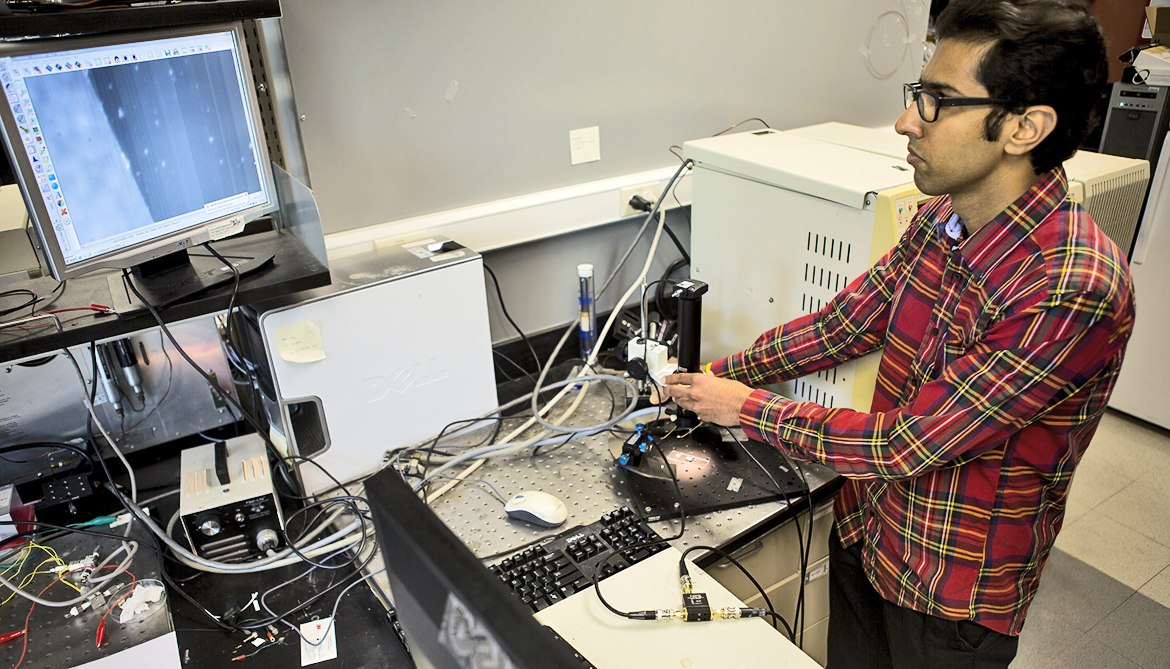 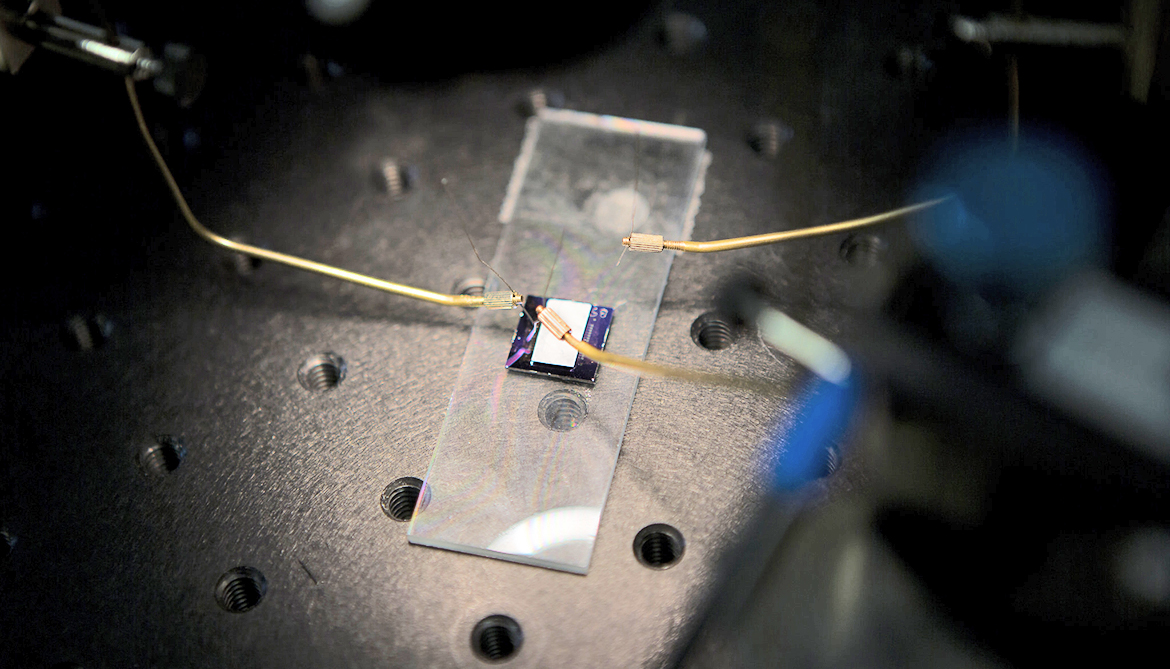 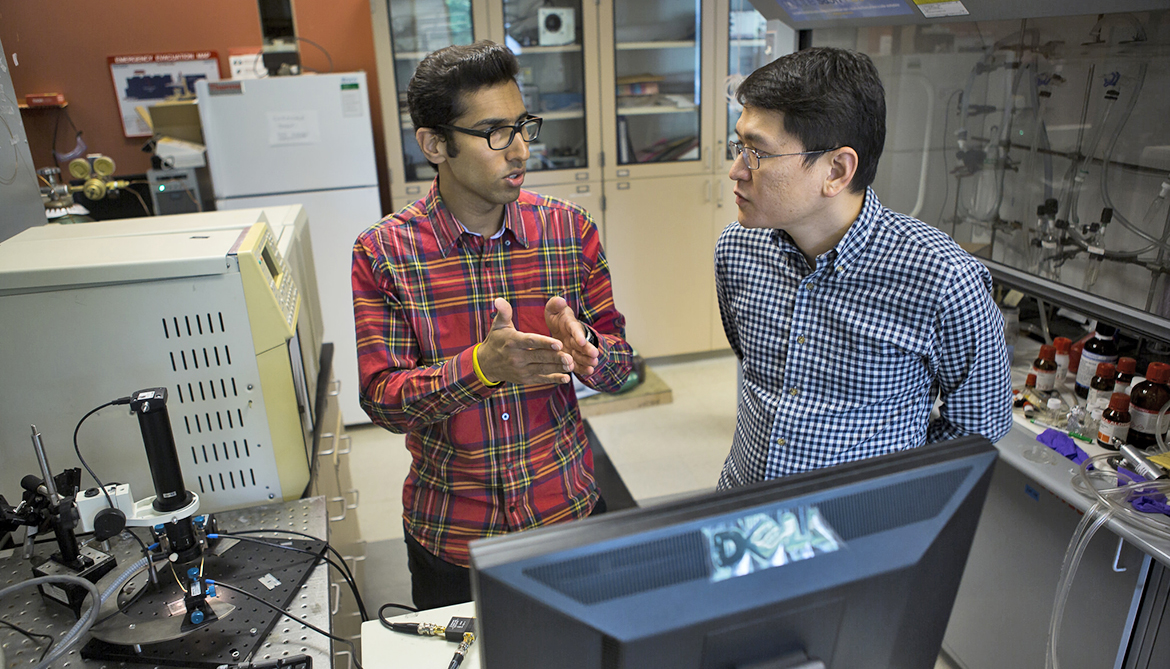 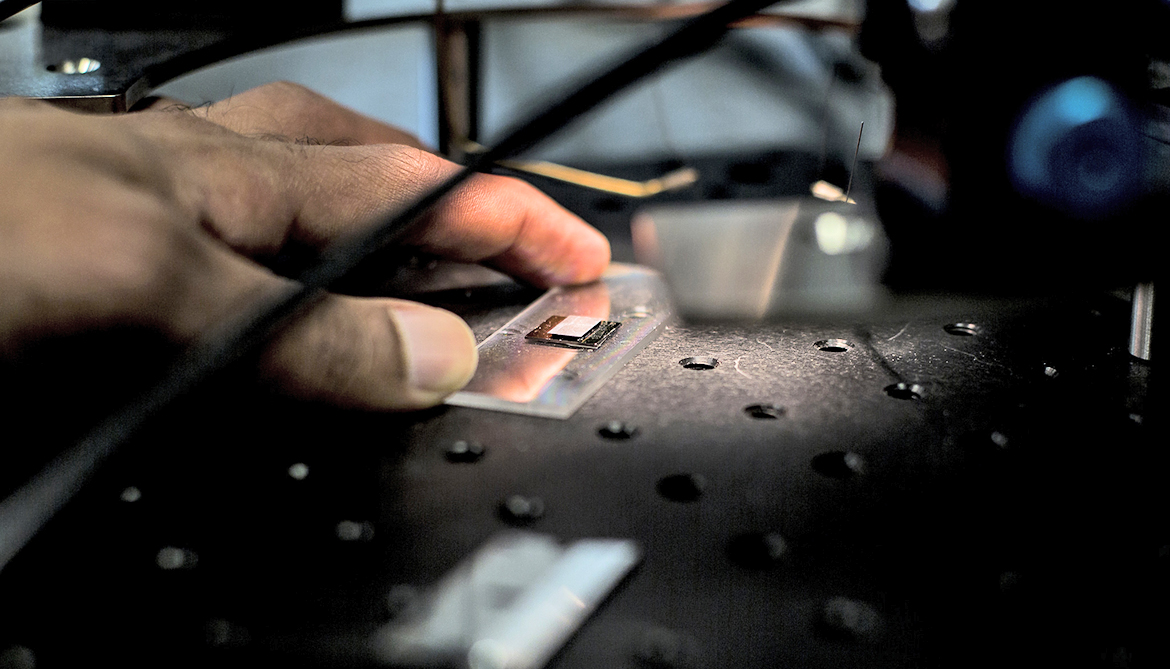 A wearable vapor sensor could monitor diseases such as diabetes and hypertension by picking up airborne biomarkers exhaled or released through the skin.

“Each of these diseases has its own biomarkers that the device would be able to sense,” says Sherman Fan, professor of biomedical engineering at University of Michigan. “For diabetes, acetone is a marker, for example.”

Other biomarkers it could detect include nitric oxide and oxygen, abnormal levels of which can point to conditions such as high blood pressure, anemia, or lung disease.

Fan is developing the sensor with Zhaohui Zhong, an associate professor of electrical and computer engineering, and Girish Kulkarni, a doctoral candidate in electrical engineering.

The device is faster, smaller, and more reliable than its counterparts, which today are too big to wear.

Beyond disease monitoring, the sensor has other applications. It would be able to register the presence of hazardous chemical leaks in a lab, or elsewhere, or provide data about air quality.

“With our platform technology, we can measure a variety of chemicals at the same time, or modify the device to target specific chemicals. There are limitless possibilities,” Zhong says.

To create their technology, the researchers took a unique approach to detecting molecules. “Nanoelectronic sensors typically depend on detecting charge transfer between the sensor and a molecule in air or in solution,” Kulkarni says.

However, these previous techniques typically led to strong bonds between the molecules being detected and the sensor itself. That binding leads to slow detection rates.

Response time: Tenths of a second

“Instead of detecting molecular charge, we use a technique called heterodyne mixing, in which we look at the interaction between the dipoles associated with these molecules and the nanosensor at high frequencies,” Kulkarni says.

This technique, made possible through the use of graphene, results in extremely fast response times of tenths of a second, as opposed to the tens or hundreds of seconds typical in existing technology. It also dramatically increases the device’s sensitivity. The sensor can detect molecules in sample sizes at a ratio of several parts per billion.

These nanoelectronic graphene vapor sensors can be completely embedded in a microgas chromatography system, which is the gold standard for vapor analysis, the researchers say.

The entire microgas chromatography system can be integrated on a single chip with low power operation, and embedded in a badge-sized device that can be worn on the body to provide noninvasive and continuous monitoring of specific health conditions.

“We believe this device can be extremely beneficial to society,” Fan says.

The researchers are working with the National Science Foundation’s Innovation Corps program to move the device from the lab to the marketplace.