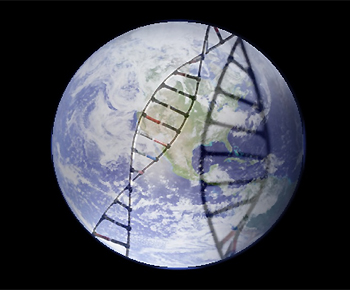 NORTHWESTERN (US)—A genetic vulnerability to depression is much more likely to be realized in cultures with a “me-first” attitude, like the United States and Europe, than in those that promote group cohesion and interdependence.

A study by researchers at Northwestern University took a global look at mental health across social groups and nations and found people across cultural groups differ markedly, in how they think of themselves.

“People from highly individualistic cultures like the United States and Western Europe are more likely to value uniqueness over harmony, expression over agreement, and to define themselves as unique or different from the group,” says Joan Chiao, the lead author of the study and assistant professor of psychology in the Weinberg College of Arts and Sciences at Northwestern.

Individuals in collectivist cultures who are genetically susceptible to depression receive a tacit or explicit expectation of social support. “Such support seems to buffer vulnerable individuals from the environmental risks or stressors that serve as triggers to depressive episodes,” Chiao says.

The serotonin transporter gene (STG) that the researchers studied has two variants: a short allele and a long allele. In Western populations, the short allele leads to a phenotype of major depressive episodes when people who carry it experience multiple life stressors.

Previous research shows that nations in the East Asian region have a disproportionate number of short allele carriers, and the Northwestern researchers replicated that finding. They also replicated cultural psychology research demonstrating that nations within East Asia are typically more collectivistic.

Chiao says the research strongly suggests that medical doctors need to work with basic scientists to better understand the complex dance that biology and culture play in both mitigating and causing mood disorders, such as depression.

These research findings suggest that culture-based treatments may be equally if not more effective at reducing the risk for depression.

Medical doctors who embrace scientific findings of global health trends and human cultures may gain invaluable insights about how our genetic heritage and cultural environments affect human behavior, she concludes.

“We need to move away from quick and dirty methods of treatment for depression,” she said, “especially for those genetically susceptible to developing mental illnesses.”