Varroa mites "are essentially getting through the door and reaching the inner sanctum by using bees' own complex communication codes against them," says Zachary Huang. (Credit: Zachary Huang) 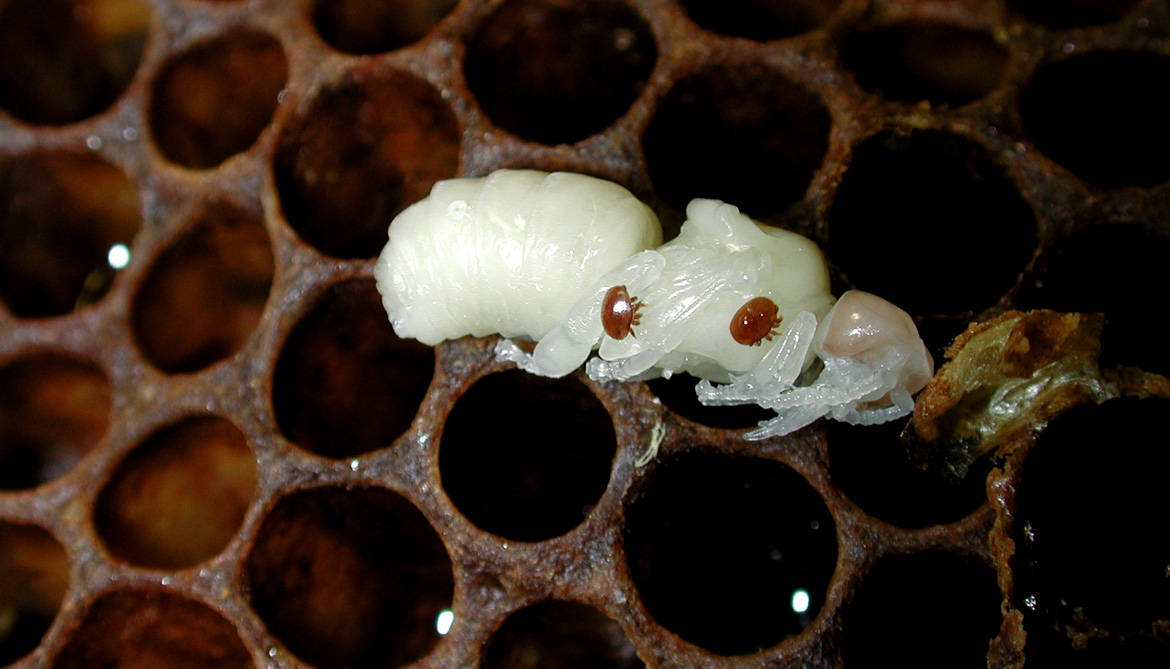 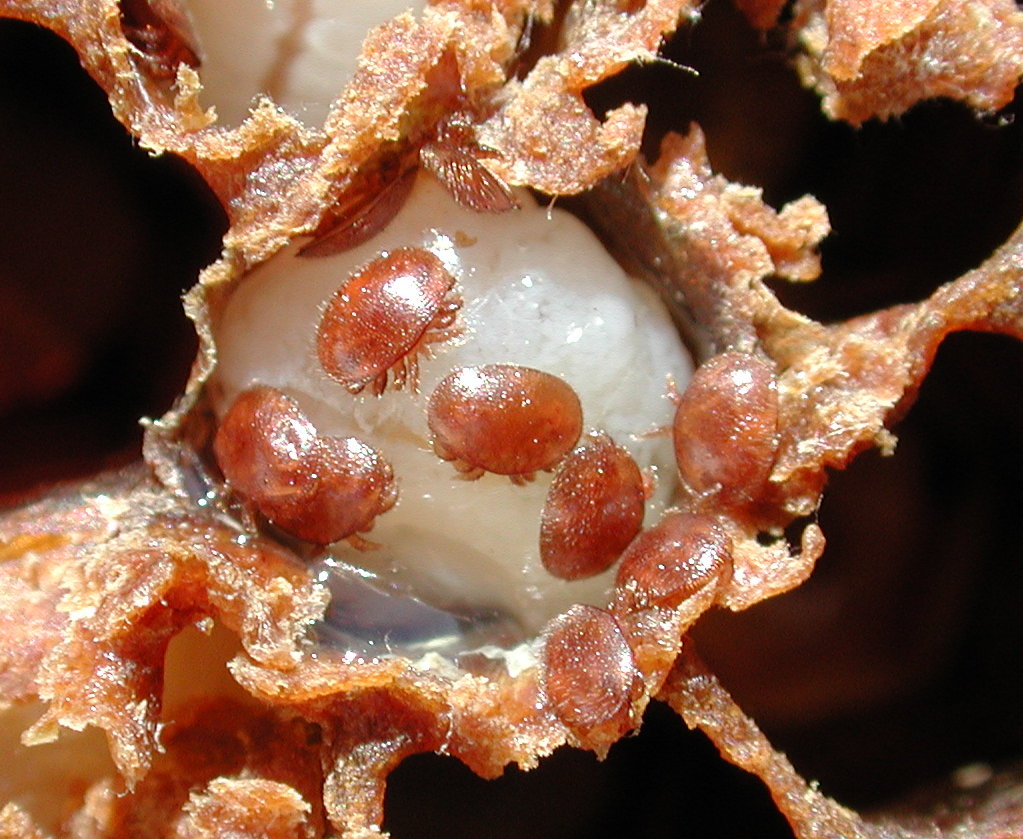 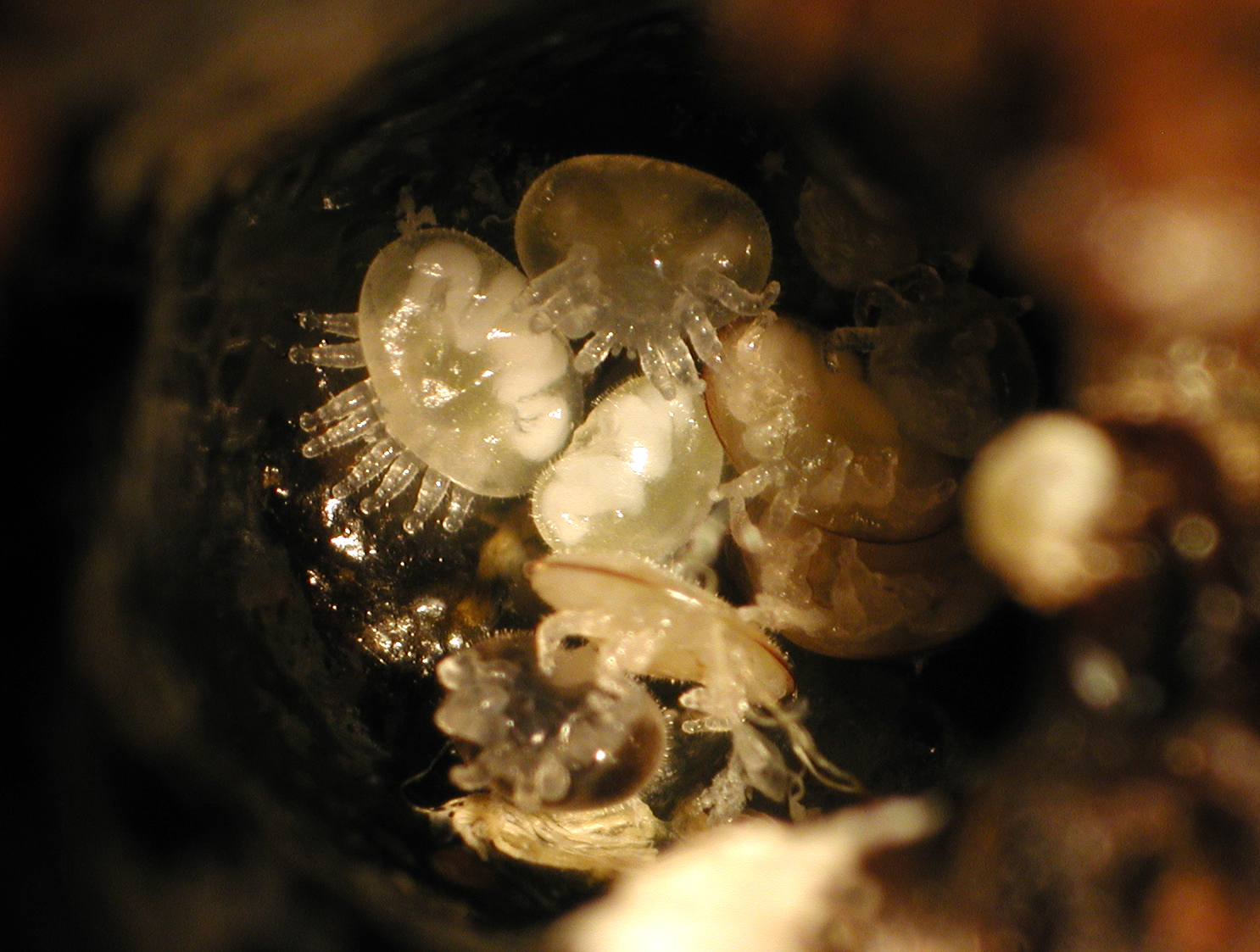 Varroa mites, the most serious threat to honeybees worldwide, are infiltrating hives by smelling like bees.

A new study in Biology Letters shows that being able to smell like their hostess reduces the chance that the parasite is found and killed.

The parasites were originally found on Asian honeybees. The invasive species, however, revealed their versatility when they began infesting and killing European honeybees.

“The mites from Asian honeybees, or the original host, are more efficient in mimicking both Asian and European honeybees,” says Zachary Huang, an entomologist at Michigan State University and one of the papers’ lead authors. “This remarkable adaptability may explain their relatively recent host shift from Asian to European honeybees.”

Chemical camouflage isn’t a new weapon in insects’ arsenals. Bolas spiders, for example, emit not one but three chemicals to emulate a sex pheromone to attract moths to eat. However, fooling socially sophisticated insects, such as honeybees, requires the faux scents to be spot-on.

That’s because the complex society of bees comprises tens of thousands of individuals divided by a sophisticated caste system. So, the mites aren’t simply tricking a solitary bee collecting pollen from a flower; they’re fooling an entire society. The stealthy mites do this by not only by being able to smell like bees, but also by effectively emitting the specific scents of small, individual colonies.

“They are essentially getting through the door and reaching the inner sanctum by using bees’ own complex communication codes against them,” Huang says.

The codes in which they communicate are hydrocarbons, the simplest of organic compounds. By tweaking the proportions of these chemical colognes, the mites give off the correct scents to fool their enemies.

Huang and his team show that mites are able to change their surface chemicals to an entirely different species of honeybees. Further, they also revealed that the mites were able to make these changes rather quickly—adapting in days rather than evolving over generations.

“Our study challenged the mites’ ability to modify their hydrocarbons,” Huang says. “Conversely, bees are adapting to detect these invaders. Our results give a clear illustration of an arms race between the parasites and the host bees based on chemical mimicry and its detection.”

Smell of desert rainstorms may have health benefits