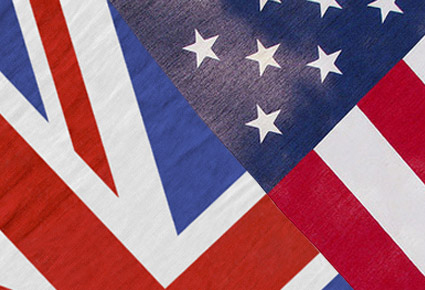 Seven in 10 respondents to a recent survey in the U.K. were opposed to military action as partners of the United States. However, a similar number felt such action would be acceptable if it were part of a United Nations operation, and just over two-thirds agreed with joining engagements led by NATO. (Courtesy: University of Leeds)

U. LEEDS (UK)—The majority of the British public prefer military coalitions and are opposed to taking military action either alone or alongside the USA and its partners, according to a major survey of public attitudes.

Seven in 10 respondents were opposed to military action as partners of the United States. However, a similar number felt such action would be acceptable if it were part of a United Nations operation, and just over two-thirds agreed with joining engagements led by NATO.

The online survey conducted by researchers at the University of Leeds and University of Strathclyde also found that 74 per cent of people also believe that too little is being spent on equipping the country’s armed forces. However, 68 per cent thought the U.K. was investing too much in supporting the military activities of the U.S.

A majority—53 per cent—also agreed or strongly agreed that Britain was too small a country to be “policing the world.” The study also found:

The results of the survey, conducted by YouGov and funded by the Economic and Social Research Council, follows the publication last week by the Ministry of Defence of a Green Paper identifying questions for the future of defence in advance of the Strategic Defence Review, which will take place after this year’s General Election.

“The surprising finding was that people would rather fight alongside their E.U. partners or alone than they would fight with the United States,” says Graeme Davies, a lecturer in the Department of Politics and International Studies at Leeds. “It seems that, since operations in Iraq and Afghanistan, the British public are far more reluctant to involve themselves in U.S.-led operations and even see E.U. military operations as a more appealing prospect.”

Robert Johns, a lecturer in Strathclyde’s Department of Government and co-director of the research, says: “We found significant support for a United Nations military operation, which would involve the US but which would also have the influence of many other nations. Conversely, participation in an operation with the U.S. and a far smaller group of nations faced equally significant opposition.

“There is disagreement within the public about the appropriate role for Britain in the world. This probably reflects a conflict between ambitions for Britain as a major player on the one hand, and the dangers of overstretching ourselves—especially given recent military action and the general financial situation—on the other.”

What exactly makes for an endangered species?