CORNELL (US) — Around the world, the day dawns full of promise. But moods go downhill during the day, finally rebounding at night, according to an analysis of 2.4 million tweets in 84 countries.

Equanimity perks up again on weekends—but later in the morning, suggesting mass sleeping-in.

Seasonal variations in day length and sleep cycles affect people in similar ways across cultures, report Cornell University researchers Scott Golder, a doctoral student in the field of sociology, and Michael Macy, professor of sociology, in a study published recently in the journal Science. 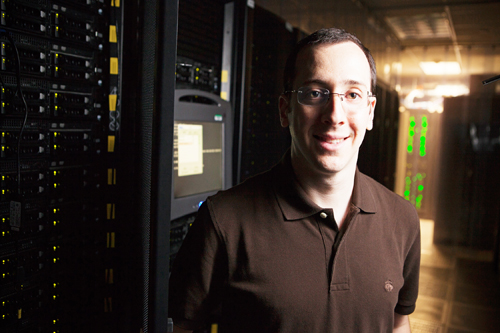 They discovered peaks in positive tweets in the early morning and late at night, on weekdays as well as weekends, across cultures.

“In some ways, the study confirms longstanding assumptions that people experience similar moods at similar times of the day,” Golder says.

The researchers also found people were generally in a better mood on weekends than on weekdays, regardless of the time of day, which points to the effects of work and commuting. In the United Arab Emirates, for example, the Sunday through Thursday workweek produces more positive tweets on Fridays and Saturdays.

“We saw the influence of something that’s biological- or sleep-based: Regardless of the day of the week, the shape of the mood rhythm is the same,” Golder says. “The difference between weekdays and weekends has to do with the average mood, which is higher on the weekends than the weekdays, but the shape was the same every day. Even in the face of different social and cultural demands, the results are consistent across days.”

Twitter made its data available to the researchers through a public interface, and processing the data at the Cornell Center for Advanced Computing’s Web Lab gave them a “huge efficiency gain,” Golder says.

“We started looking at how moods are distributed across the course of the day,” Golder says. “We’ve never had the opportunity to measure behavior in this way before. Digital traces of online activity let us to do social science in a new way, and to ask questions we’ve always wanted to ask. How do entire societies work? How are relationships patterned? We’re starting to get the data to answer these questions.”

The researchers associated the tweets with the length of the day. The study also addresses the possible influence of the sun—or lack of it—on seasonal affective disorder (aka “winter blues”). “Living in Ithaca, of course, we’re interested in how long, cold, dark winters affect people,” Golder says. The study finds, he adds, “It’s not how much daylight you’re getting, it’s the relative daylight—whether the days are getting longer or shorter—that makes a difference in positive mood.”

In conjunction with the paper, the researchers have developed the website http://timeu.se/ that allows users to enter keywords (e.g., breakfast, traffic, fishing) to see how behaviors are distributed throughout the day.