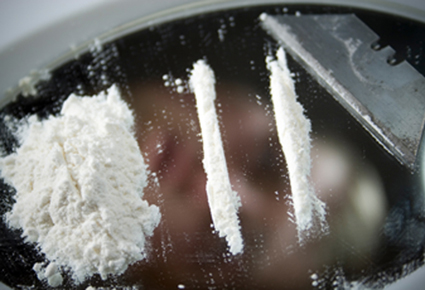 Adolescent and adult male mice given equal doses of the drugs showed marked differences in locomotor stimulation effects and in neural activity. “Figuring out what it is in the brain that allows adolescents to be less sensitive we think will be important for understanding the basic differences in the biology of adolescents versus adults,” says principal investigator Justin Rhodes. “Why they show different sensitivity to drugs, obviously, has long-term consequences.” (Credit: iStockphoto)

U. ILLINOIS (US)—Adolescent brains respond differently to cocaine and methamphetamine when compared to adults given the same dose, according to a new study.

Researchers at the University of Illinois have shown for the first time that in a part of the brain that plays a role in addiction adolescent and adult male mice given equal doses of the drugs showed marked differences in locomotor stimulation effects and in neural activity.

According to the researchers, adolescents displayed “dramatically reduced sensitivity to the acute locomotor stimulating effects of cocaine and methamphetamine,” and greater neural activity compared to adults given the same dose.

The findings—reported in a paper in Neuroscience—have implications for understanding the neural mechanisms underlying addiction, especially for those who experiment with drugs at an early age.

Other studies have shown that reduced sensitivity is a predictor of future addiction. By revealing the locale and the differing effects of the drugs on the brains of these two groups, the research is a step toward describing the workings of those mechanisms, according to principal investigator Justin Rhodes of Illinois’s Beckman Institute.

“Figuring out what it is in the brain that allows adolescents to be less sensitive we think will be important for understanding the basic differences in the biology of adolescents versus adults,” Rhodes says. “Why they show different sensitivity to drugs, obviously, has long-term consequences.”

One of the study’s biggest findings is the locale of the neural activity produced by the drugs. Developing brains have more dopamine receptors—key in the body’s system of rewards—than those of adults; those receptors project from the ventral mid-brain to nerve cells in the striatum.

“The striatum is kind of an intersection between this rewards system and this system that is involved in motivating behavior, motivating activity,” Rhodes says. “The surprise here is really that adolescents show greater neural activity in this part of the brain with the same dose of the drug.”

And that has implications for drug use in humans. The fact the adolescent mice displayed greater neural activity and less sensitivity to the effects of the drugs is important, Rhodes said, because less sensitivity in an adolescent human brain means there is less chance of an aversive reaction the first time they try a drug like cocaine.

“There’s a lot of data in humans that show a relationship between how your initial response predicts your later use,” he adds. “If you have a very strong reaction to something, then you are less likely to do it again.”

Rhodes says studies have also shown that the earlier in life that an individual starts taking drugs plays a role in their future chances at becoming addicted.

“If you take any drug for the first time during an adolescent period, especially your early teenage years, it is much more likely that you are going to continue taking that drug in adulthood than if you took it for the very first time in adulthood,” he notes.

The marked differences shown by adolescent and adult mice in the study can start to explain some of the biological reasons behind those numbers.

“The drug in adult mice causes great stimulation. Whereas with the adolescents it was like they didn’t even get the drug,” Rhodes says. “That is surprising and it suggests there is something different in the brain about how they are processing that drug.”
Lead author Jonathan Zombeck says the results have implications for drug abuse intervention strategies.

“If we can identify in the brain the mechanisms that make people more vulnerable to drug addiction, that’s useful for being able to tell them ‘look here’s the data that shows you are more likely to become addicted if you do choose to take these drugs and this is why,” he says. “You may want to take extra precautions here.”
And the results pave the way for future research into the effects of these drugs and the neural mechanisms involved with their use.

“We know then that in response to this drug there is actually heightened activity there; now the question is which cells are they and how does heightened firing actually cause less sensitivity,” adds Rhodes. “We have a hypothesis about that and we’re testing it now.”

Addiction and the ‘rush’ may keep men cooking meth

Official drug death stats are off by half