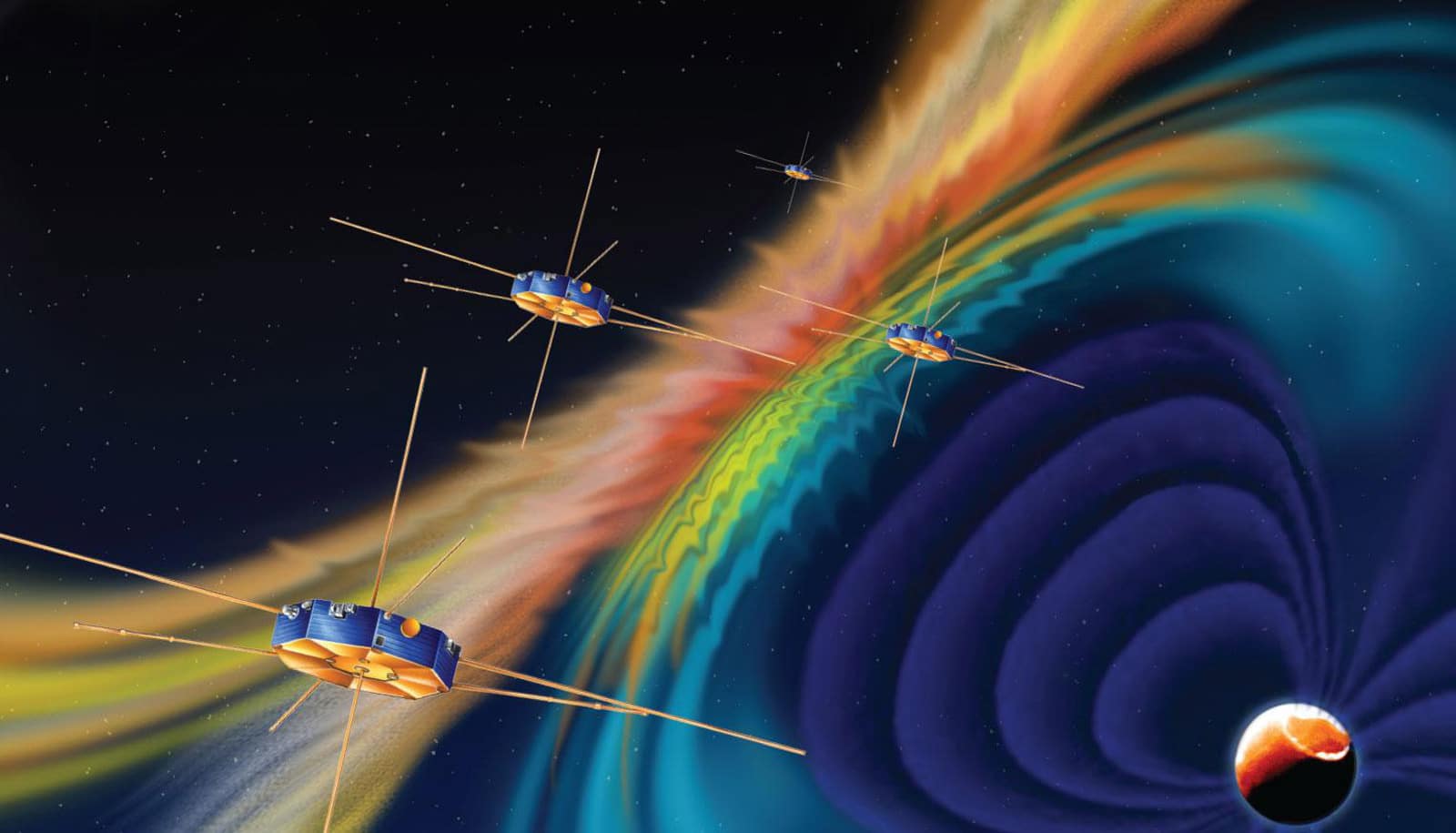 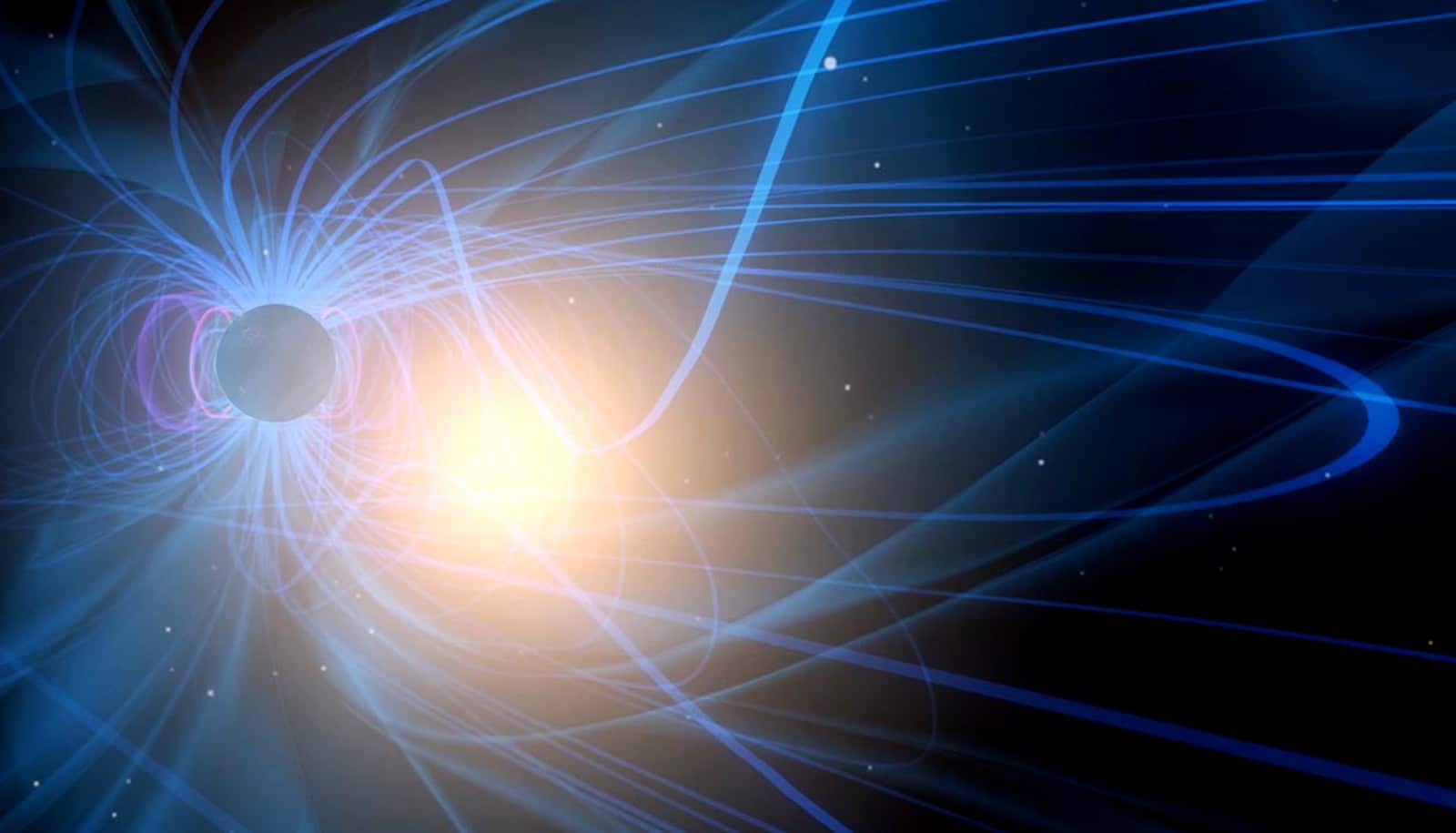 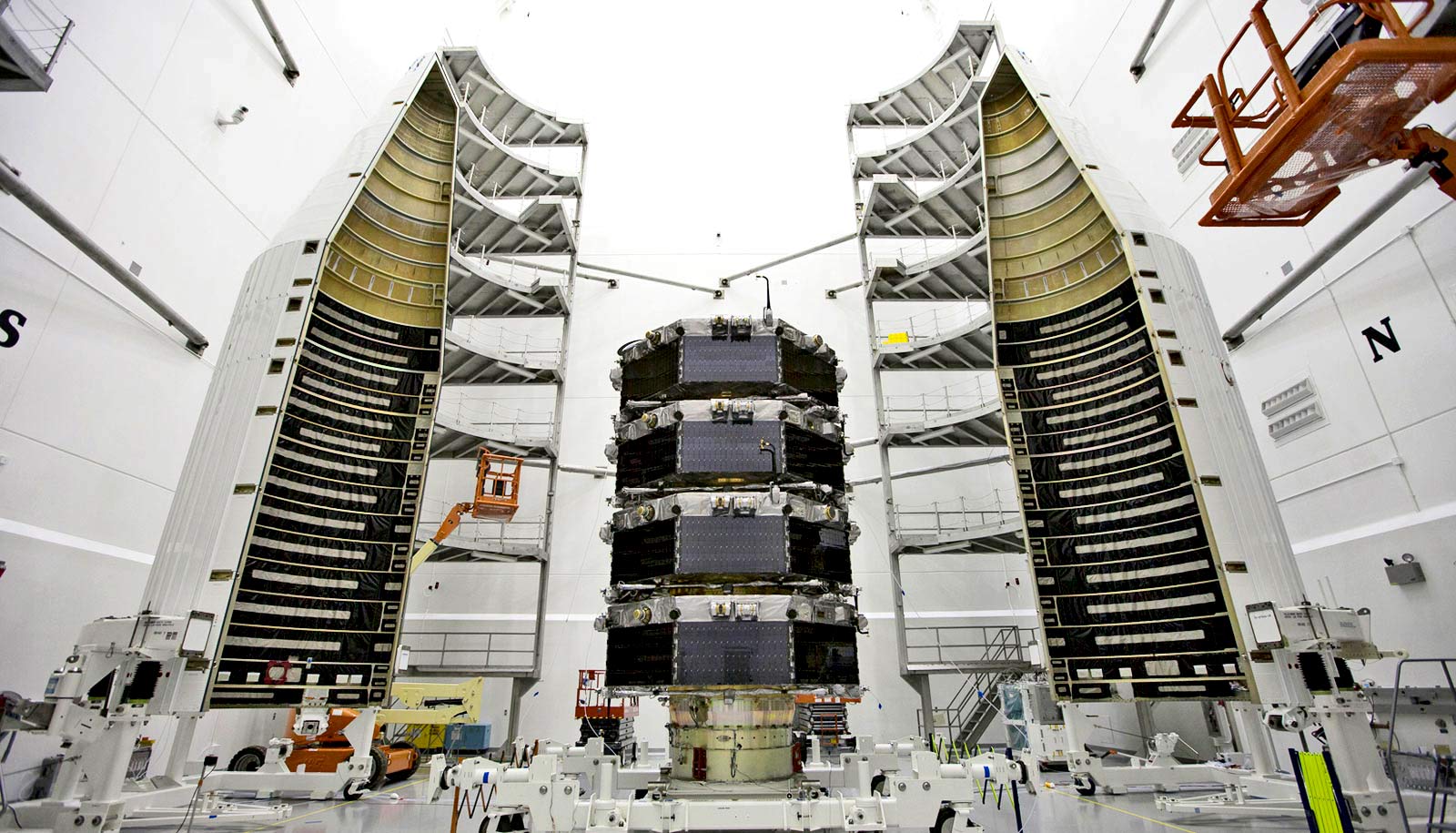 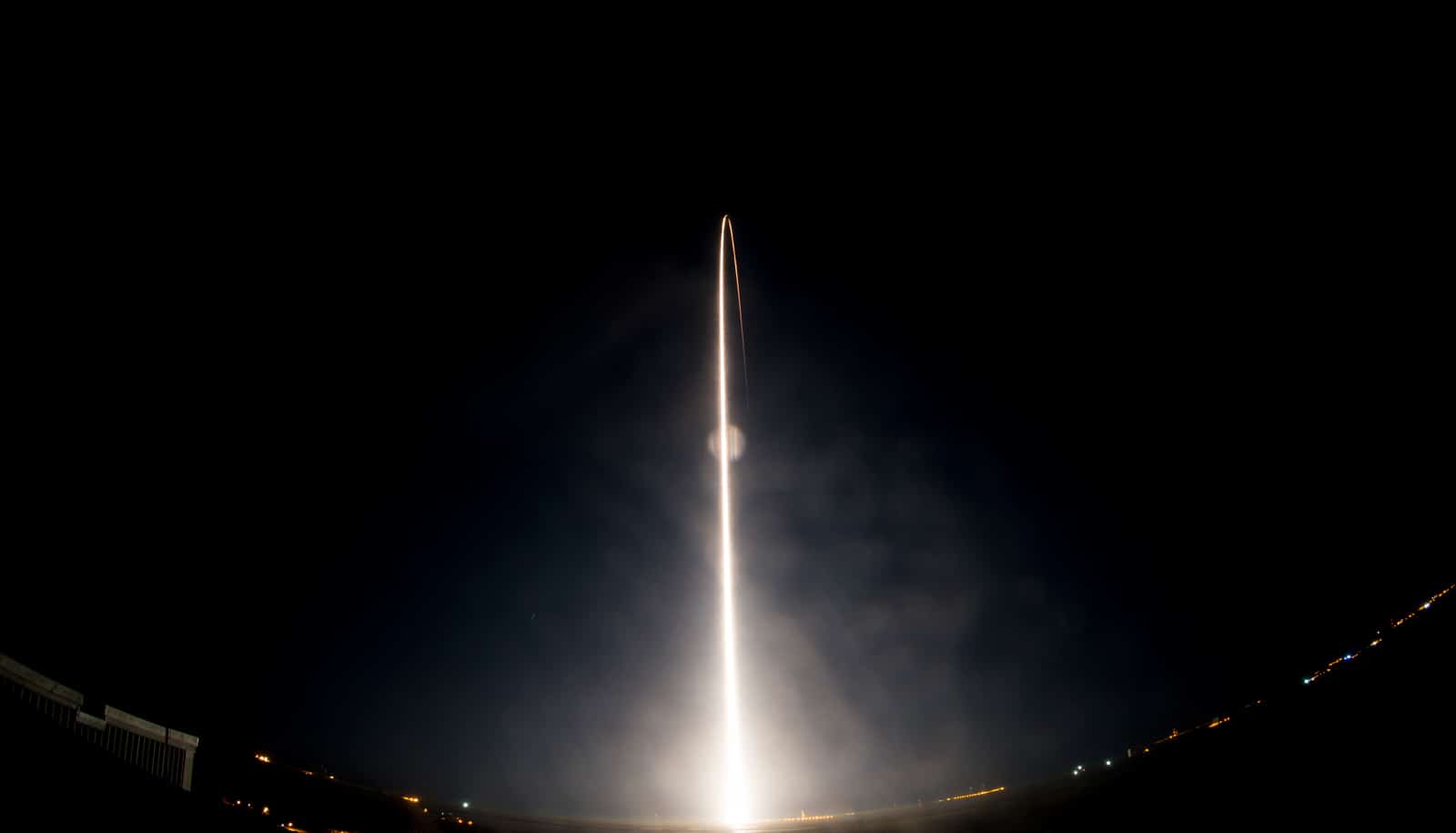 “Space weather is driven by the interactions between the solar wind and Earth’s magnetic field, and one of the most important of these interactions is ‘magnetic reconnection,’ a fundamental process that occurs when magnetic fields interact with plasmas,” says Rice University physicist Patricia Reiff, coauthor of a new paper about MMS results in the journal Science.

Reiff says MMS, a collection of four identical spacecraft that orbit in a pyramid-shaped formation about 6 miles wide, is specifically designed to study region of space tens of thousands of miles above Earth’s surface that is a prime location for magnetic reconnection. This region, known as the “magnetopause,” is where the solar wind—a plasma of positive ions and negative electrons that stream continuously outward from the sun—comes in contact with Earth’s magnetosphere, the region of space dominated by Earth’s magnetic field.

“Magnetic reconnection is a fundamental process that’s responsible for the aurora borealis and australis and space storms here on Earth, as well as for solar flares on our own sun and analogous stellar flares elsewhere in the universe,” says Reiff, a professor of physics and astronomy who began studying Earth’s magnetosphere more than 45 years ago with instruments left on the moon by Apollo astronauts.

“When two magnets come together, reconnection is the process whereby the magnetic field rearranges itself to link the north pole of one magnet with the south pole of the other,” she says.

Reconnection occurs when the two magnets are not exactly co-aligned. If reconnection occurs in a vacuum or an electrically non-conducting medium like Earth’s lower atmosphere, the process occurs at the speed of light and has no effect on the surrounding medium.

But each medium of space measured by MMS—the solar wind and the magnetosphere—contain a fully ionized plasma that is an excellent electrical conductor. The plasma’s negatively charged electrons and positively charged ions orbit in opposite directions about a given magnetic field line.

“When the field lines of two different magnetic fields meet in space—as they do at the magnetopause—and try to reconnect, these gyrating particles initially resist,” Reiff says. “Each field line tends to retain its own distinct set of orbiting charged particles. Reconnection occurs when the field lines draw nearer one another than the distance of the ions or electrons orbiting them, and when it occurs, the energy released by the merger is transferred to the particles, which accelerate rapidly, sometimes at nearly light speed.”

This critical distance, known as the diffusion region, is considerably larger for ions than it is for electrons, and MMS is the first spacecraft designed to probe the much smaller “electron diffusion region” where the electrons become decoupled and reconnection actually occurs. The MMS plasma instruments are much faster than any previously deployed to measure the magnetosphere, and are thus designed to catch reconnection “in the act” on its most microscopic scale.

Reiff says physicists have built theoretical pictures of the particle interactions that occur in reconnection, but it’s not possible to test such theories in terrestrial laboratories. The new results from MMS offer the first direct physical evidence of what happens to individual electrons when reconnection occurs.

The initial results confirm many of the theoretical predictions related to reconnection and provide physicists with a much clearer picture of the processes that are involved at the single-particle level. She says the results will help scientists refine the computer simulations that attempt to model and predict space storms, and will also help astrophysicists better understand processes that occur during the birth and death of stars.

“Our results may also be useful to physicists who are trying to harness nuclear fusion power—the same process that occurs at the center of the sun—as a source of clean energy on Earth,” Reiff says. “Reconnection is a major obstacle in fusion research laboratories because the magnetic fields that physicists use to try to confine hot plasma tend to reconnect in unpredictable ways and allow the plasma to escape the confinement device.”