UC DAVIS (US) — Western scrub jays summon others to screech over the body of a dead jay in cacophonous “funerals” that can last for up to half an hour.

Anecdotal reports have suggested that other animals, including elephants, chimpanzees, and birds in the crow family, react to dead of their species, says Teresa Iglesias, the University of California, Davis, graduate student who carried out the work. But few experimental studies have explored this behavior.

The new research by Iglesias and her colleagues appears in the August 27 issue of the journal Animal Behaviour. 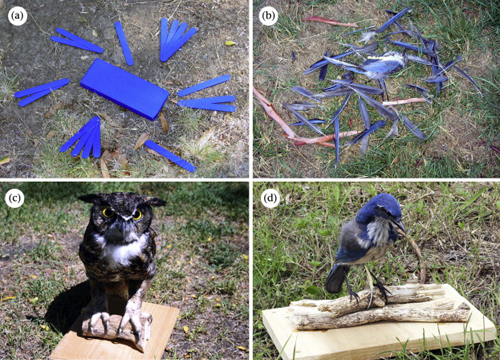 Western scrub jays live in breeding pairs and are not particularly social birds. “They’re really territorial and not at all friendly with other scrub-jays,” Iglesias said.

Working in the backyards of homes in Davis, California, Iglesias set up feeding tables to encourage visits from the jays. Then she videotaped their behavior when she placed a dead jay on the ground. She compared these reactions with the birds’ behavior when confronted with a dead jay that had been stuffed and mounted on a perch, a stuffed horned owl, and wood painted to represent jay feathers.

On encountering a dead jay, prostrate on the ground, jays flew into a tree and began a series of loud, screeching calls that attracted other jays. The summoned birds perched on trees and fences around the body and joined in the calling. These cacophonous gatherings could last from a few seconds to as long as 30 minutes.

Jays formed similar cacophonous gatherings in response to a mounted owl, but ignored painted wood. When confronted with a mounted jay, the birds swooped in on it as if it were an intruder.

Jays typically gathered within seconds of the first bird calling, Iglesias says. If they did not, the first jay would often fly higher into a tree, apparently to call more widely.

“It looked like they were actively trying to attract attention,” she says.

The purpose of the calls seems to be to alert other birds of danger, Iglesias says. But why the calls summon others, rather than warning them off, is unclear. Having more jays present might mean more eyes to locate a predator, or more numbers to drive it away, she speculates.

There might also be a learning component to the gatherings, if they help teach young jays about dangers in the environment, Iglesias says.

While reactions of animals to their dead are sometimes called “funerals,” that does not imply that there is an emotional or ritual element to the behavior, Iglesias says. We simply don’t know enough about the emotional life of animals to understand that.

But Iglesias isn’t ruling it out. “I think there’s a huge possibility that there is much more to learn about the social and emotional lives of birds,” she says.

Co-authors of the paper are UC Davis scientists Gail Patricelli, a professor of evolution and ecology, and Richard McElreath, an associate professor of anthropology. 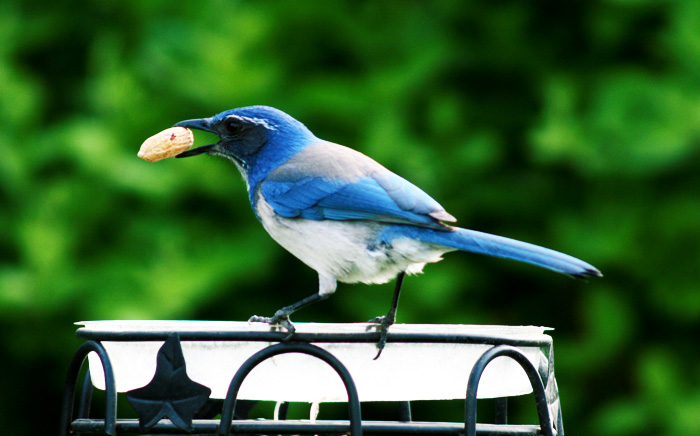