"On a broader scale, our research reveals one mechanism through which cooperation between individuals for communal tasks is achieved, but there may be other solutions to the same problem that we see in other animals, including humans, says Rene van Dijk. (Credit: Mario R/Flickr) 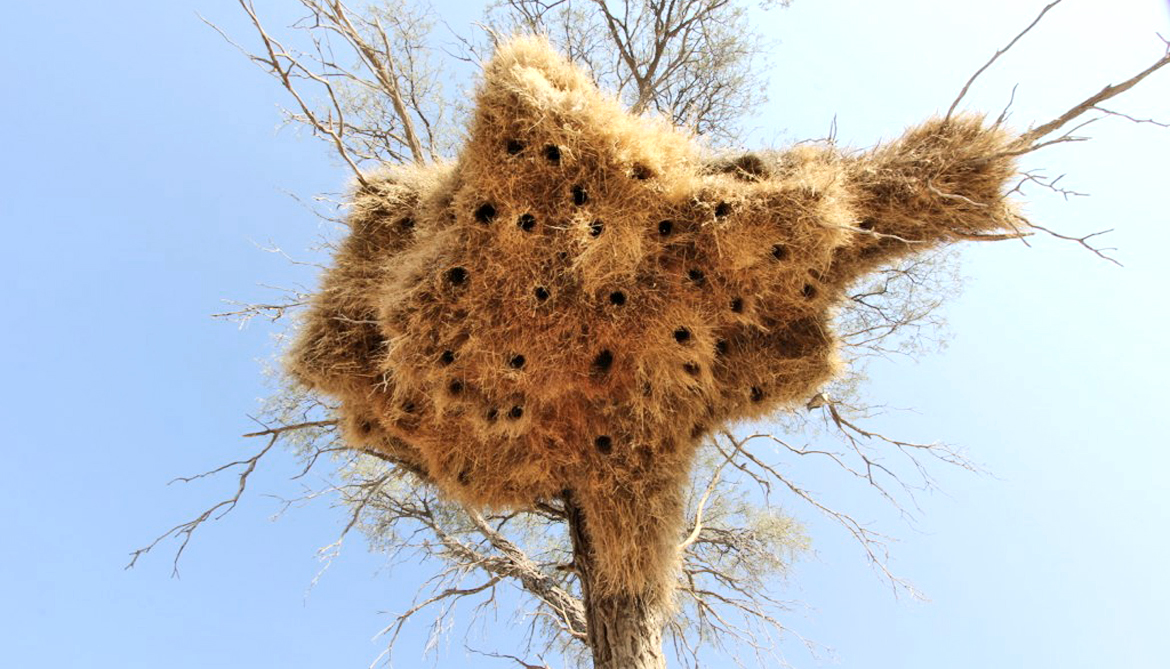 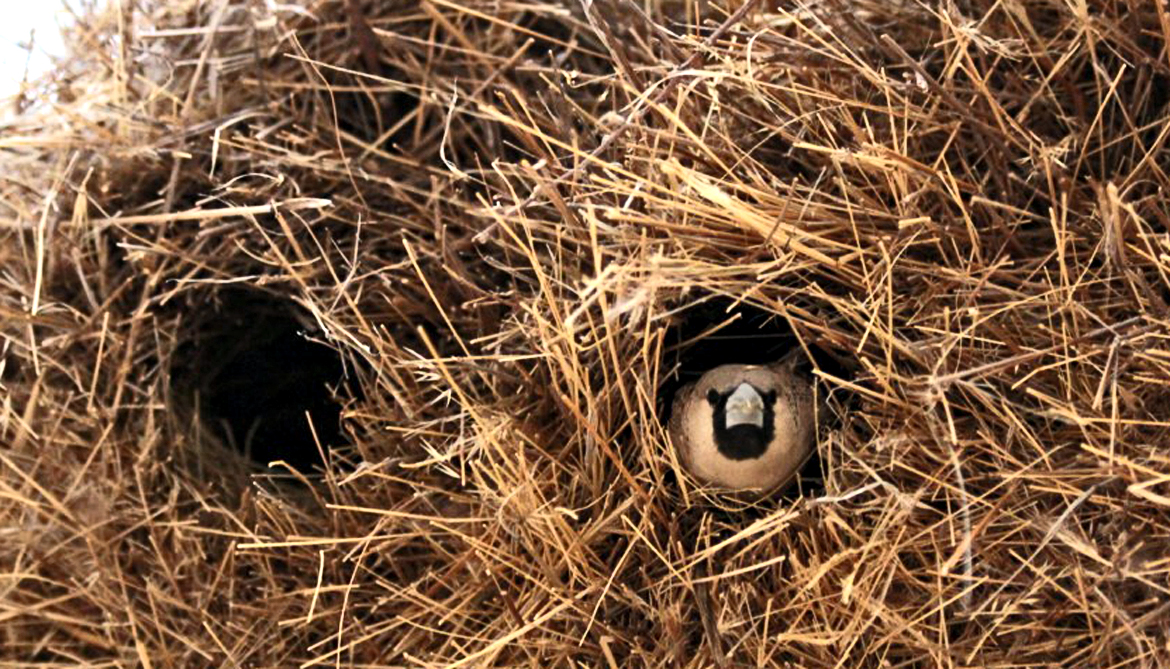 New research with sociable weavers, a cooperative breeding bird from the savannahs of southern Africa, suggests how some animals—including humans—can work together for the common good.

Sociable weavers build the largest nests of any bird. The structures house colonies of up to several hundred birds that can often weigh thousands of pounds and last for decades.

The thatch covering the nest doesn’t originate from individual chamber building but requires separate investment from colony members to build and maintain it.

As such it provides a public good from which all colony members benefit in terms of buffering extremes of temperature, supporting individual nest chambers, and protecting from predators.

A new study looks at how sociable weavers work together to successfully build and maintain this public good, while keeping freeloaders at bay. There are several potential solutions to this problem, one of which is that cooperative behavior is directed toward relatives.

“Our study shows that relatedness between colony members is low, on average, but co-operation over thatch-building is kin-directed due to the positioning of relatives within nests,” says Rene van Dijk of the University of Sheffield research team.

“Sociable weavers do not contribute to thatch building equally, but those that do contribute to it are more closely related to their neighbors within the colony than are non-builders.

“Crucially, related birds are positioned close to one another within nests, so that thatch building investment also benefits their relatives. Additionally, relatives visit each other’s nest chambers suggesting again that the communal benefits are shared among kin.

The study not only demonstrates that the influence of kin selection may stretch beyond that of nuclear and extended family groups thus promoting co-operation in large social groups, but it is also the first study to show that kin selection may promote the communal construction and maintenance of an animal-built physical structure. Such structures include nests, mounds, and burrows.

“This cooperation is similar to how human families may decide to accept a lodger into their home. If the lodger isn’t related to the family, he or she may pay rent but otherwise they will not care too much about the upkeep of the house.

“However, if the lodger is a known family member, then you would expect them to maintain the house which he or she may stay in for a longer period and possibly inherit. It may seem like a small difference, but it tips the balance towards a more cooperative society,” he says.

Understanding how individuals resolve conflicts over contributions to, or exploitation of, common resources remains a major challenge in ecological research as well as in social sciences.

The dilemma of payoffs from social benefits being generally higher when individuals cooperate, while selfish individuals do better than cooperators within groups, presents a temptation to defect and hence an evolutionary paradox.

“On a broader scale, our research reveals one mechanism through which cooperation between individuals for communal tasks is achieved, but there may be other solutions to the same problem that we see in other animals, including humans,” van Dijk adds.

“For example, cooperative behavior may be enforced by social conventions or laws and failure to comply with these may result in collapse of the public good.

“In terms of humans, global fish stocks are an example of a communal resource and if fishermen and their governments don’t work together to agree on policies that are enforced, then global fish stocks will be exhausted and the industry will collapse resulting in the loss of a common good.”

The research appears in Ecology Letters.