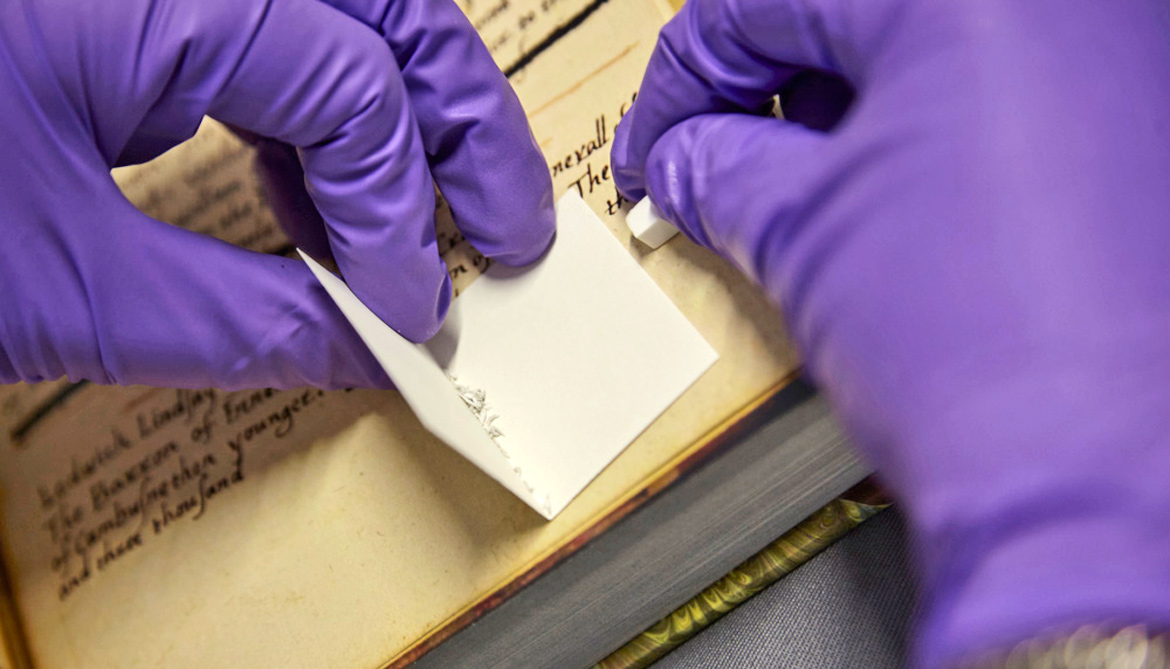 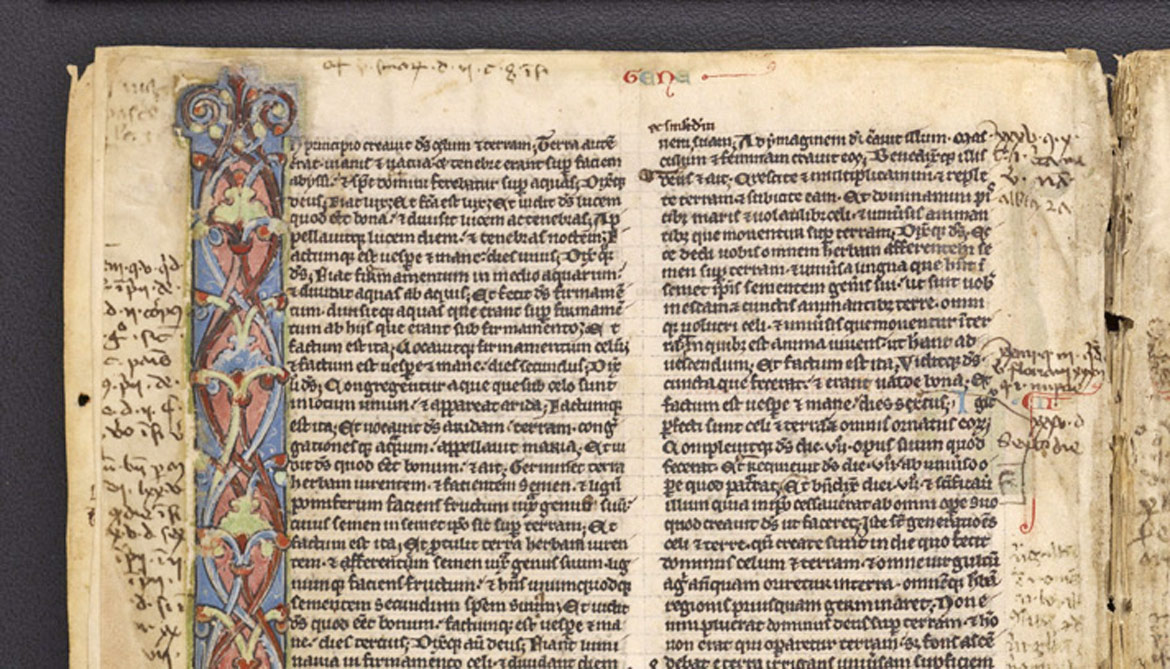 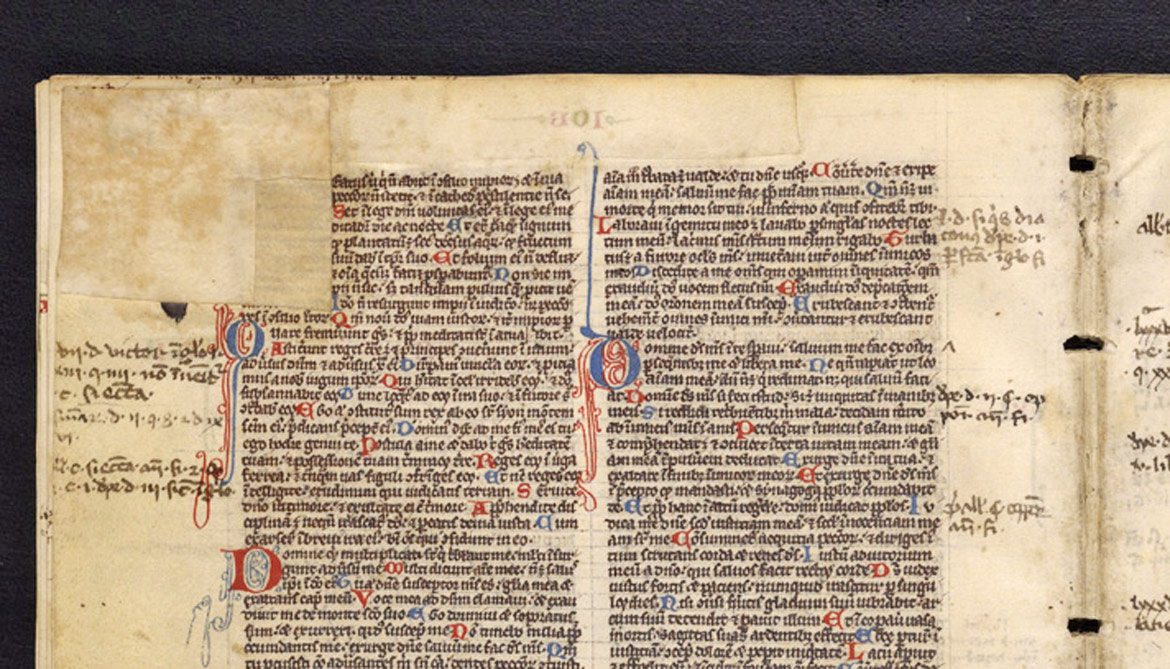 The first pocket Bibles were made in the 13th century, principally in France but also in England, Italy, and Spain. But the origin of tissue-thin parchment—often called “uterine vellum”—has been a source of longstanding controversy.

A simple PVC eraser has helped a team of scientists resolve the mystery.

Use of the Latin term abortivum in many sources has led some scholars to suggest that the skin of fetal calves was used to produce the vellum. Others have discounted that theory, arguing that it would not have been possible to sustain livestock herds if so much vellum was produced from fetal skins.

Older scholarship even argued that unexpected alternatives such as rabbit or squirrel, while some medieval sources suggest that hides must have been split by hand through use of a lost technology.

The team of researchers, led by Sarah Fiddyment and Professor Matthew Collins of the BioArCh research facility in the University of York’s archeology department, developed a simple and objective technique to identify the animal origin of parchment.

The non-invasive method is a variant on ZooMS (ZooArchaeology by Mass Spectrometry) peptide mass fingerprinting but extracts protein from the parchment surface simply by using electrostatic charge generated by gentle rubbing of a PVC eraser on the membrane surface.

The research, which appears in the Proceedings of the National Academy of Sciences, involved scientists and scholars from France, Belgium, Denmark, Ireland, the US, and the UK. They analyzed 72 pocket bibles originating in France, England, and Italy, and 293 further parchment samples from the 13th century. The parchment samples ranged in thickness from 0.03 – 0.28 mm.

“We found no evidence for the use of unexpected animals,” says Fiddyment. “However, we did identify the use of more than one mammal species in a single manuscript, consistent with the local availability of hides.

[Engineer decodes cryptic notes in 1504 edition of ‘The Odyssey’]

“Our results suggest that ultrafine vellum does not necessarily derive from the use of abortive or newborn animals with ultra-thin skin, but could equally reflect a production process that allowed the skins of maturing animals of several species to be rendered into vellum of equal quality and fineness.”

The research marks the first use of triboelectric extraction of protein from parchment. The method is non-invasive and requires no specialist equipment or storage. Samples can be collected without need to transport the artifacts—researchers can sample when and where possible and analyze when required.

The Bible made portable

“The bibles produced on a vast scale throughout the 13th century established the contents and appearance of the Christian Bible familiar to us today,” says Alexander Devine of the Schoenberg Institute for Manuscript Studies at the University of Pennsylvania.

“Their importance and influence stem directly from their format as portable one-volume books, made possible by the innovative combination of strategies of miniaturization and compression achieved through the use of extremely thin parchment.”

Since finishing the work, parchment conservator Jiří Vnouček, a coauthor of the paper, has used this knowledge to recreate parchment similar to “uterine vellum” from old skins. “It is more a question of using the right parchment-making technology than using uterine skin,” he says.

“Skins from younger animal are of course optimal for production of thin parchment but I can imagine that every skin was collected, nothing wasted.”