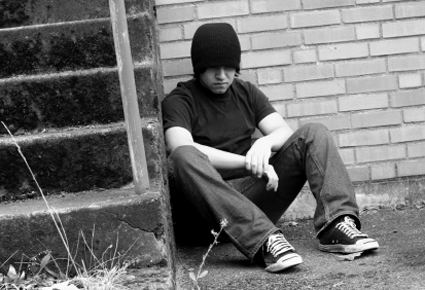 Knowing more about the early clues to schizophrenia could lead to better studies of possible cognitive interventions, says study coauthor Richard Keefe. The findings suggest that adult psychosis doesn’t just emerge fully-formed. It probably comes from a developmental process. “What we think of as adult psychiatric disorders have their roots much earlier in life,” coauthor Avshalom Caspi adds.

A team of researchers from Duke University used a long-term study of 1,000 New Zealanders born from 1972 to 1973 and found a consistent pattern of developmental difficulties that first appeared when the adults were 7 years old. The difficulties included problems with verbal reasoning, working memory, attention, and processing speed.

The article will appear in the February issue of the American Journal of Psychiatry.

“The proportion of kids who don’t score well on these tests is big, and the number of kids who develop schizophrenia is tiny,” says study coauthor Terrie Moffitt, the Knut Schmidt Nielsen professor of psychology and neuroscience.

“We looked backwards to understand more about how schizophrenia may develop.”

The research team found that by age 32, 1 percent of the study participants met the formal criteria for schizophrenia and had been hospitalized and put on antipsychotic medication. Another 2.5 percent met the diagnostic criteria for the disorder, but hadn’t received treatment.

Knowing what they know now, the researchers were able to track the progress of these cognitive deficits as the subjects went through testing at ages 3, 5, 7, 9, 11, and 13 as part of the Dunedin Multidisciplinary Health and Development Study.

“These kids are lagging behind to begin with and they continue to fall behind,” says study coauthor Richard Keefe, director of Duke’s Schizophrenia Research Group.

Keefe says the subjects’ verbal skills are initially poor, and then they develop other problems along the way, including difficulties with memory and verbal processing, key factors in learning.

For each year between the ages of 7 and 13, the children who later received a diagnosis of schizophrenia lost between 0.17 and 0.26 years in mental age when compared with the other children.

Two patterns emerged: The children who developed adult schizophrenia had early deficits in verbal and visual learning, reasoning, and conceptualization that remained with them as they grew.

The researchers stress that the minds of these children did grow, they just didn’t grow as well.

Adults with schizophrenia have been known to lag about 8 points behind the average person in IQ tests, but this study puts a finer point on where and how they might differ.

How or why schizophrenia later develops is still a mystery, but this new evidence provides some valuable clues, says coauthor Avshalom Caspi, the Edward M. Arnett Professor of psychology and neuroscience.

It’s possible that a child who struggles to make sense of the world becomes more socially isolated or more delusional, Caspi explains. “How does a brain that’s ill-equipped to deal with novel sensations deal with the stresses of adolescence?”

“Of course, eventually we hope we’d be able to intervene, maybe even without drugs,” Keefe says. Knowing more about the early clues to schizophrenia could lead to better studies of possible cognitive interventions, he says.

The findings suggest that adult psychosis doesn’t just emerge fully-formed. It probably comes from a developmental process. “What we think of as adult psychiatric disorders have their roots much earlier in life,” Casper concludes.

What you should know about the COVID vax for young kids