"If a robot gets stuck in the sand, that's a problem, especially if that sand happens to be on another planet," says Joe Mendelson. "Sidewinders never get stuck in the sand, so they are helping us create robots that can avoid getting stuck in the sand. These venomous snakes are offering something to humanity." (Credit: Rob Felt) 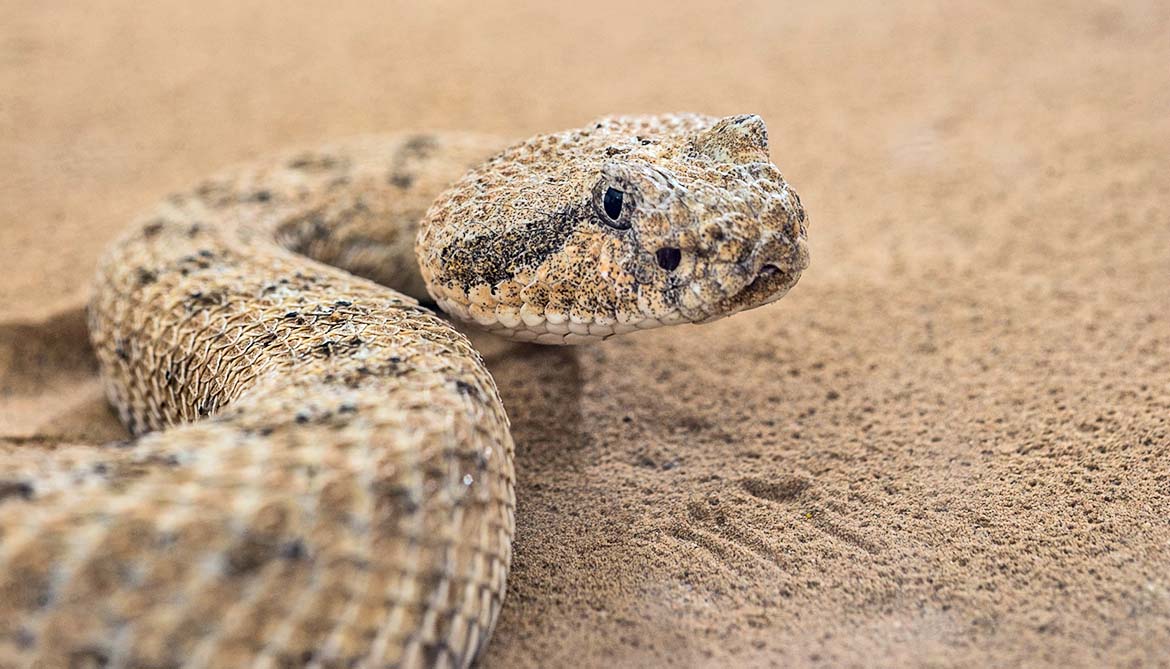 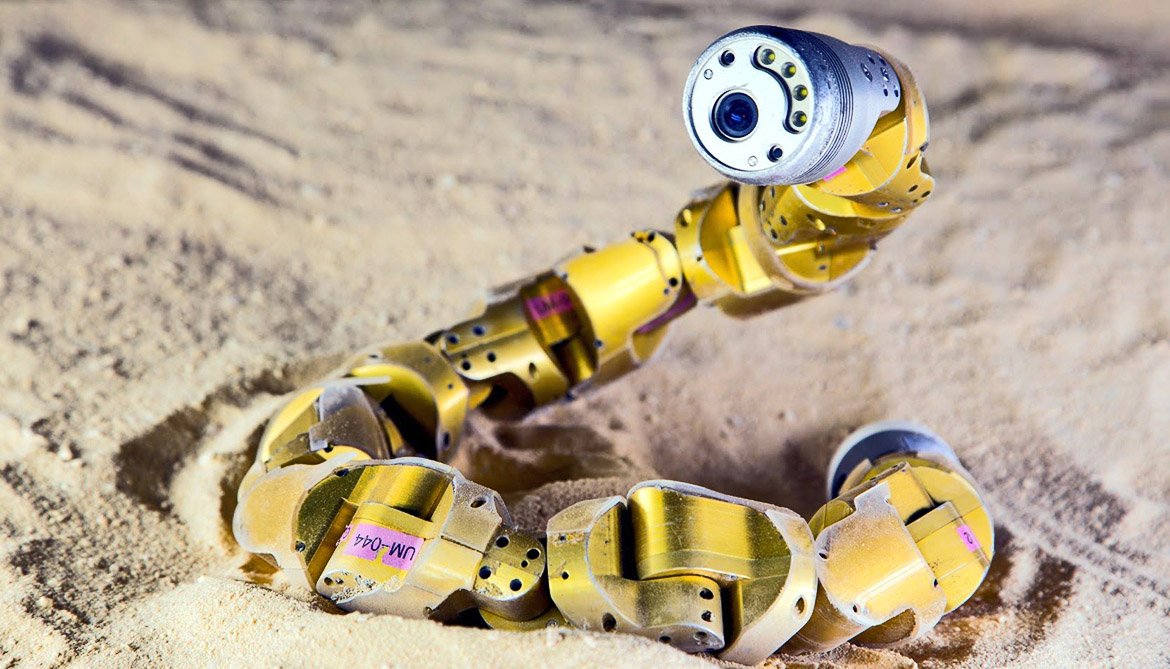 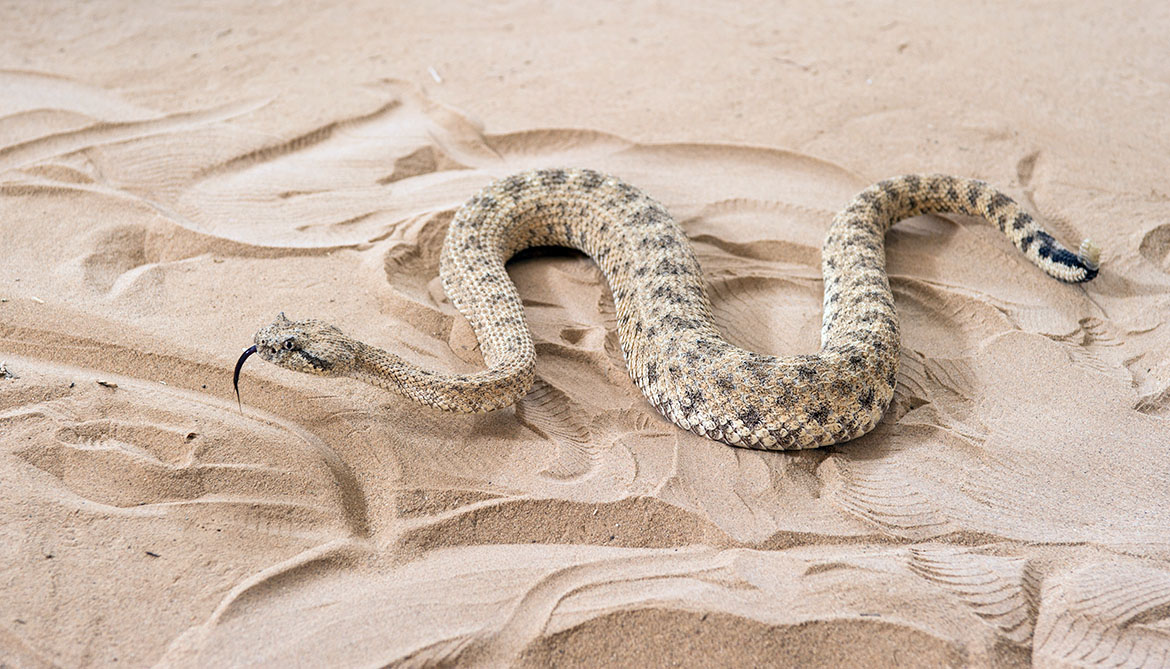 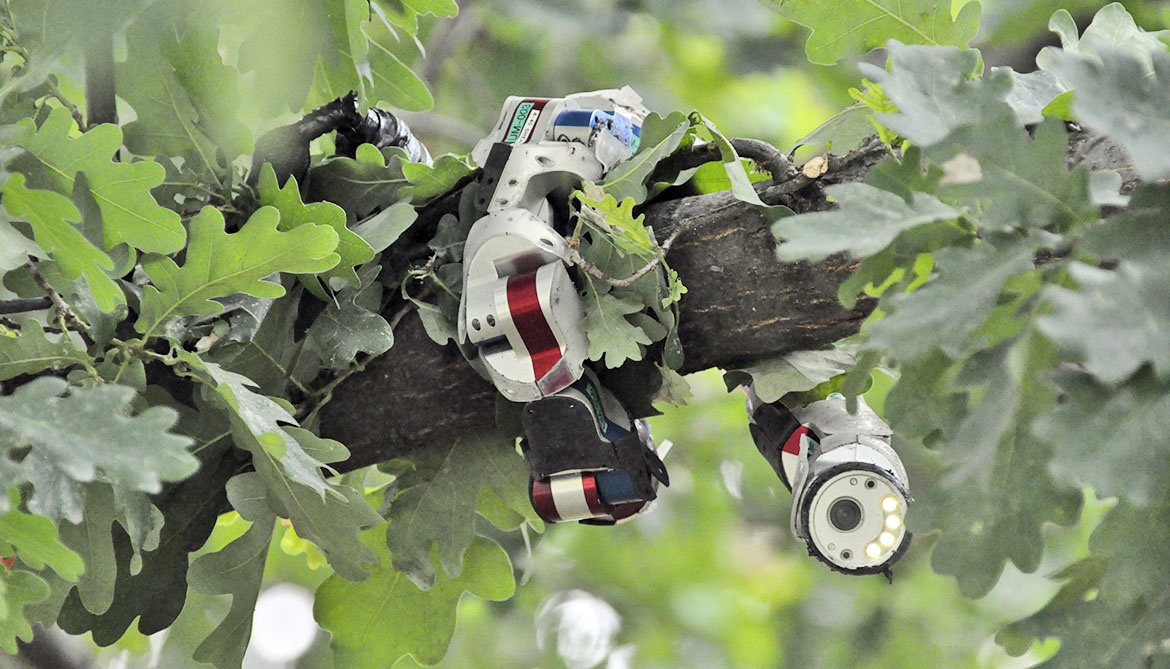 A snake-like robot struggled to climb up sandy slopes until scientists took a closer look at how sidewinder snakes move in the real world.

Before the study, the snake robot could use one component of sidewinding motion to move across level ground, but was unable to climb like real snakes. Sandy inclines were especially challenging to the robot.

However, when the robot was programmed with the unique wave motion discovered in the sidewinders, it was able to climb slopes that had previously been unattainable.

“Our initial idea was to use the robot as a physical model to learn what the snakes experienced,” says Daniel Goldman, associate professor of physics at Georgia Institute of Technology (Georgia Tech).

“By studying the animal and the physical model simultaneously, we learned important general principles that allowed us to not only understand the animal, but also to improve the robot.”

Published in the journal Science, the study shows that both horizontal and vertical motion has to be understood and then replicated on the snake-like robot for it to be useful on sloping sand.

“Think of the motion as an elliptical cylinder enveloped by a revolving tread, similar to that of a tank,” says Howie Choset, professor of robotics at Carnegie Mellon University.

“As the tread circulates around the cylinder, it is constantly placing itself down in front of the direction of motion and picking itself up in the back. The snake lifts some body segments while others remain on the ground, and as the slope increases, the cross section of the cylinder flattens.”

At Zoo Atlanta, researchers observed several sidewinders as they moved in a large enclosure containing sand from the Arizona desert where the snakes live. The enclosure could be raised to create different angles in the sand, and air could be blown into the chamber from below, smoothing the sand after each snake was studied. Motion of the snakes was recorded using high-speed video cameras, which helped the researchers understand how the animals were moving their bodies.

“We realized that the sidewinder snakes use a template for climbing on sand, two orthogonal waves that they can control independently,” says Hamid Marvi, a postdoctoral fellow at Carnegie Mellon who conducted the experiments while he was a graduate student in the laboratory of David Hu, an associate professor in Georgia Tech’s School of Mechanical Engineering.

“We used the snake robot to systematically study the failure modes in sidewinding. We learned there are three different failure regimes, which we can avoid by carefully adjusting the aspect ratio of the two waves, thus controlling the area of the body in contact with the sand.”

Limbless animals like snakes can readily move through a broad range of surfaces, making them attractive to robot designers.

“The snake is one of the most versatile of all land animals, and we want to capture what they can do,” says Ross Hatton, assistant professor of mechanical engineering at Oregon State University who has studied the mathematical complexities of snake motion, and how they might be applied to robots. “The desert sidewinder is really extraordinary, with perhaps the fastest and most efficient natural motion we’ve ever observed for a snake.”

The venomous animals are easy study subjects that provide knowledge that may one day benefit humans, says Joe Mendelson, director of research at Zoo Atlanta.

The modular snake robot used in this study was specifically designed to pass horizontal and vertical waves through its body to move in three-dimensional spaces.  The robot is two inches in diameter and 37 inches long; its body consists of 16 joints, each joint arranged perpendicular to the previous one.  That allows it to assume a number of configurations and to move using a variety of gaits—some similar to those of a biological snake.

“This type of robot often is described as biologically inspired, but too often the inspiration doesn’t extend beyond a casual observation of the biological system,” Choset says. “In this study, we got biology and robotics, mediated by physics, to work together in a way not previously seen.”

Choset’s robots appear well suited for urban search-and-rescue operations in which robots need to make their way through the rubble of collapsed structures, as well as archaeological explorations. Able to readily move through pipes, the robots also have been tested to evaluate their potential for inspecting nuclear power plants from the inside out.

For Goldman’s team, the work builds on earlier research studying how turtle hatchlings, crabs, sandfish lizards, and other animals move about on complex surfaces such as sand, leaves, and loose material. The team tests what it learns from the animals on robots, often gaining additional insights into how the animals move.

“We are interested in how animals move on different types of granular and complex surfaces,” Goldman says. “The idea of moving on flowing materials like sand can be useful in a broad sense. This is one of the nicest examples of collaboration between biology and robotics.”

Gummy robot does ‘the worm’ when temps change

Polar bear paws could lead to shoes with better traction