U. ILLINOIS—What we learn from our siblings when we grow up has—for better or for worse—a considerable influence on our social and emotional development as adults.

Laurie Kramer, a professor of applied family studies in the department of human and community development at the University of Illinois, says that although a parent’s influence on a child’s development shouldn’t be underestimated, neither should a sibling’s.

Parents are better at teaching the social niceties of more formal settings—how to act in public, how not to embarrass oneself at the dinner table, for example. But siblings are better role models of the more informal behaviors—how to act at school or on the street, or, most important, how to act cool around friends—that constitute the bulk of a child’s everyday experiences. 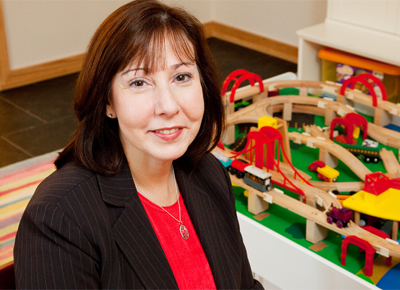 “Siblings are closer to the social environments that children find themselves in during the majority of their day, which is why it’s important not to overlook the contributions that they make on who we end up being,” Kramer says.

Kramer, who along with Katherine Conger of the University of California at Davis, co-edited a volume on this topic for a recent issue of the journal New Directions for Child and Adolescent Development, says a clearer understanding of how siblings function as “agents of socialization” will help answer critical societal questions such as why some children pursue antisocial behavior.

“We know that having a positive relationship with siblings is related to a whole host of better outcomes for teenagers and adults,” Kramer says. “A lot of current research looks at how children learn undesirable behaviors like smoking, drinking and other delinquent acts, from exposure to an older sibling’s antisocial behaviors as well as that of their sibling’s friends. For example, a female teen is at higher risk for getting pregnant if her older sister was a teenage mother. Developing a better understanding of sibling influences can help us design effective strategies for protecting younger children in families.”

According to Kramer, in order to maximize an older sibling’s positive influence, one of the most important things parents can do is to help foster a supportive relationship between the siblings from the very beginning.

“We know from longitudinal studies that if kids start off their relationship with a sibling on a positive note, it’s more likely to continue positively over time,” she says.

Variables such as gender and age difference don’t make much of a difference between siblings.

“It’s not all that important whether you’re spaced closer together or farther apart, or if you have a brother or a sister,” Kramer says. “What’s really much more important are the social behaviors that children learn in their early years that they can use to develop a positive relationship with a sibling. That’s why it’s important for parents to encourage siblings to be engaged with one another and develop a relationship where there is mutual respect, cooperation, and the ability to manage problems.”

“Growing up just with parents is a different environment for young people,” she adds. “Parents of only children might want to think about how they can help their child have social experiences with other children, whether that’s through childcare, preschool or play dates.”

Do single children establish surrogate siblings with cousins and friends?

“They may be encouraged by parents to develop deeper relationships, and that’s a good thing because it provides them an opportunity to develop some of these social competencies that they probably won’t acquire if they’re limited to interacting with their parents and teachers,” Kramer says.

Parents who have children who are spaced closely together in age may not see much of a need to have children over to the house once a week because their children are already having significant social experiences within the family unit, Kramer notes.

But children whose siblings are spaced further apart in age are most likely to have different sets of friends and different social experiences because they may be in distinct school contexts or involved in unique activities. “It’s possible that siblings who are spaced further apart are very connected within the home, but their social experiences outside the family may be pretty different,” Kramer adds.

And, Kramer notes, having Wally Cleaver for an older brother doesn’t necessarily mean the younger sibling will turn out like Wally—they may end up like Beaver.

“We know that not all younger children turn out like their older siblings,” Kramer says. “There are many cases where younger siblings work very hard to carve out their own unique path and be different from their brothers and sisters, a process researchers refer to as ‘de-identification.’

They may choose a different path in which to excel or make their mark to base their own identity on. That child may choose to focus on sports, the arts or being the social one. It relieves them from the pressure to be seen or compared to their elder sibling, particularly if they’re afraid that they won’t be able to measure up.

“So they figure out who they are, what they believe in and what’s important to them, in reaction to how they perceive their siblings.”

Kramer cautions that while we don’t know all of the implications of sibling influence, “we do know that growing up in a family where there is another child makes it a very different environment socially, cognitively, and emotionally,” she says.

“Children learn things through growing up with other children in the house, just as they learn things growing up in a more adult-oriented environment if they’re a single child. We need to understand that better so that we can form a more realistic understanding of child and family development.”

The work was supported by the U.S. Department of Agriculture.

Your parenting style can indicate your politics

How death is changing in the United States