During the transition from female to male, sheephead change color as shown by this "transitional" individual. (Credit: Scott Hamilton) 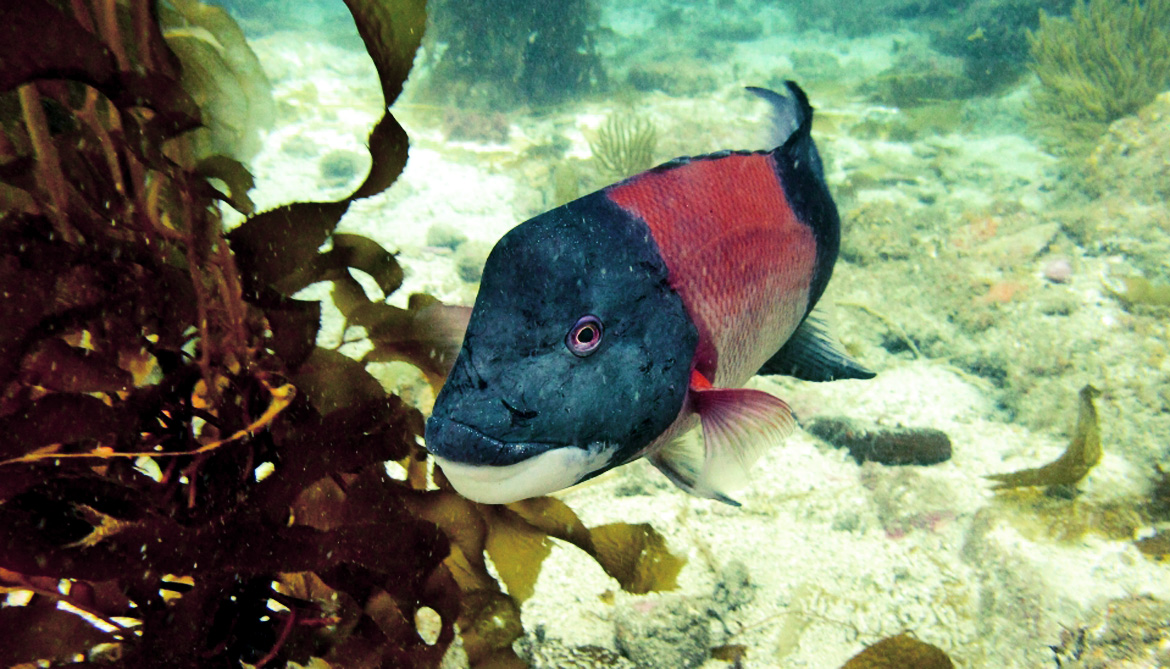 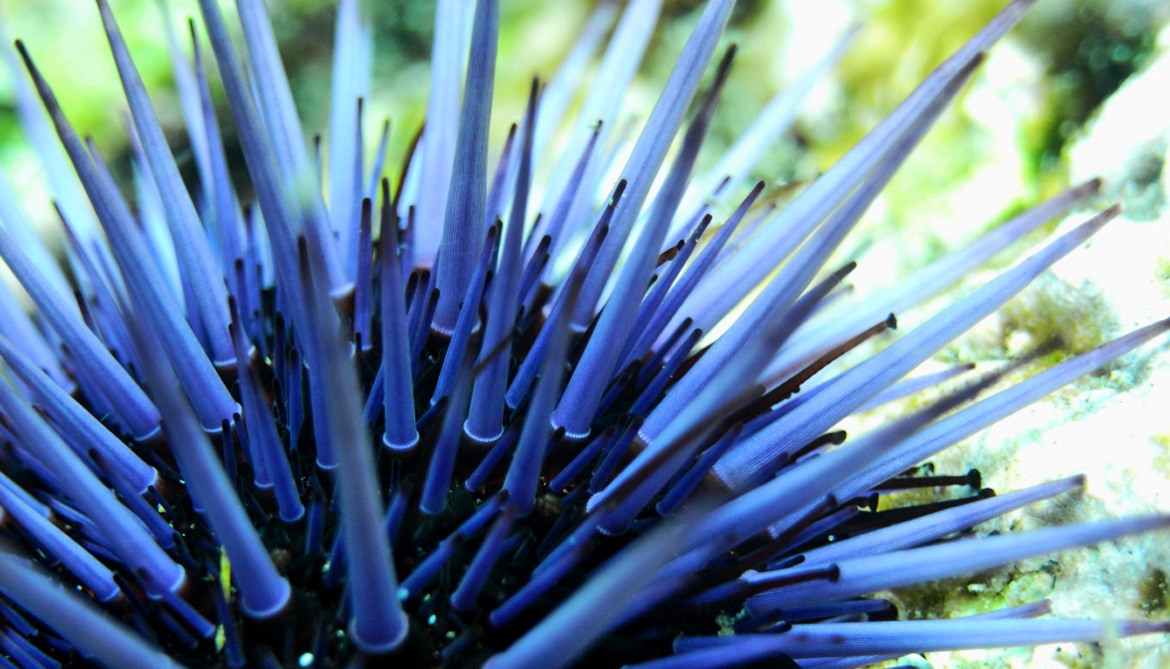 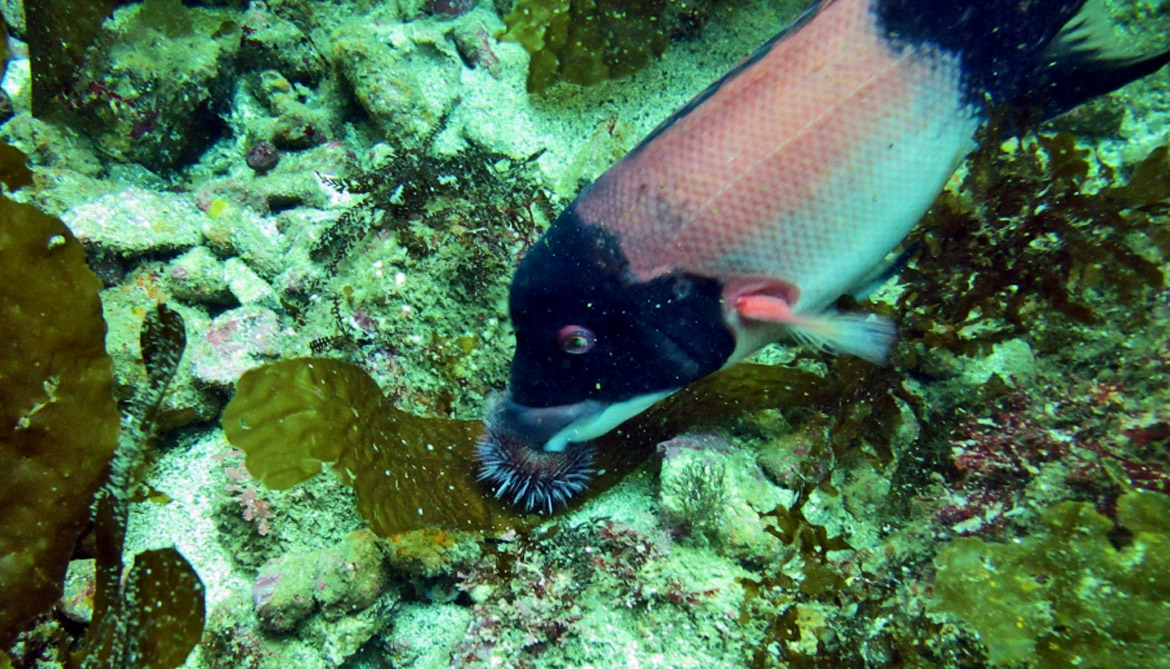 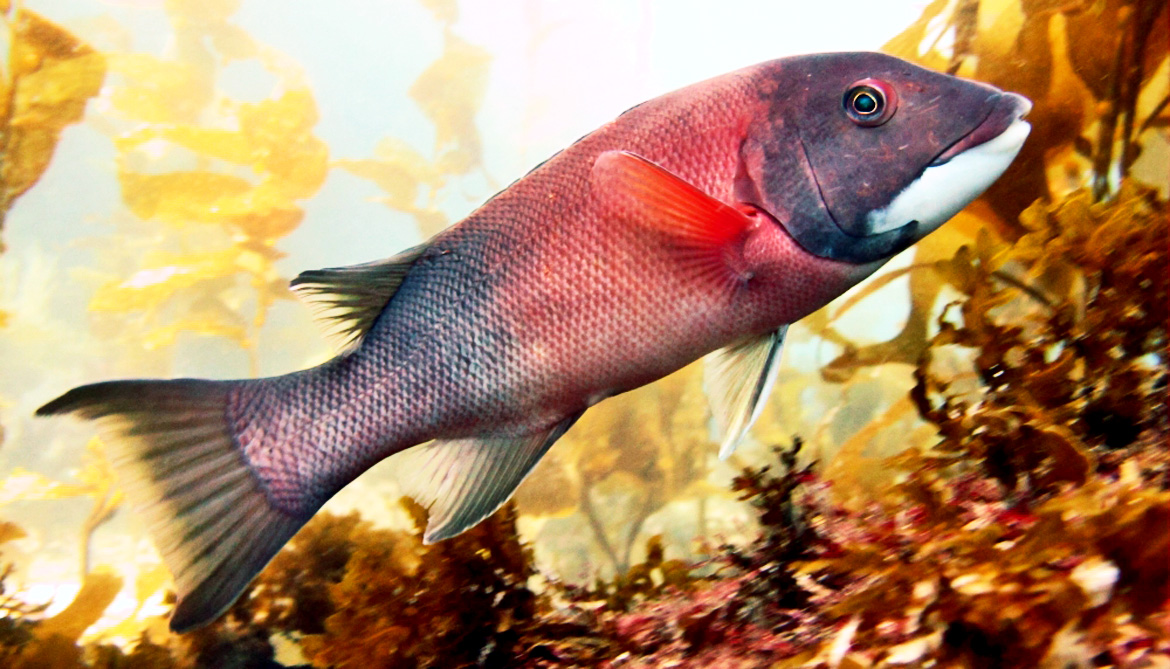 A new study uses data from three decades of research to document differential exploitation and recovery of sheephead populations in the Santa Barbara Channel in response to marine reserves and fishing regulations.

“It’s a really iconic species in our local kelp forests and it’s fascinating because it’s big, it’s beautiful, and it changes sex,” says Jenn Caselle, a research biologist at the University of California, Santa Barbara. Her research on sheephead appears in the Proceedings of the Royal Society B: Biological Sciences.

Born female, sheephead morph into males at various stages in the lifecycle as determined by environmental conditions and pressures. “There’s a lot going on with this species, and its effect on the kelp forest food web is essential,” she adds.

Caselle and lead author Scott Hamilton, previously a postdoctoral researcher at UC Santa Barbara and now a faculty member at Moss Landing Marine Laboratories, show that as sheephead increase in size—particularly when they surpass the minimum size limit of the fishery—they are able to eat bigger urchins, and more of them, as revealed by analysis of their gut content.

“That’s probably because large sheephead can physically handle the urchins,” Caselle says. “We call it gape size, meaning their mouth is big enough to get around them.”

The researchers began their work in 2007 by investigating sheephead population dynamics and life histories in response to fishing pressure. They also have done studies on species’ movements and whether marine protected areas could help sheephead recover from overfishing.

The current paper combines previous findings with new work using visual surveys and path analysis to quantify the direct and indirect effects of sheephead on sea urchins and macroalgal assemblages.

Looking at size, not numbers

The research illustrates the context-dependent ecological role of sheephead in Southern California kelp forests. When predators such as sheephead are fished, not only does abundance diminish, Caselle notes, but size structure is also reduced because fisheries usually target bigger individuals.

“The main point of our work is not necessarily about fishing reducing abundance; it’s about how fishing reduces size structure,” she says. “If you have a species whose predation rate depends on that size, you can have strong trophic effects without even thinking about abundance changes.”

The way in which fishing alters size-structured food web interactions has implications for the structure and function of kelp forest ecosystems.

“The reduction in size structure can have important effects on prey structure as well, apart from reductions in numbers,” she adds. “Sheephead are very important players in the kelp forest. By keeping urchins in check, they maintain healthy kelp, which in turn provides habitat for many, many other species.”

The California Ocean Protection Council and California Sea Grant, a program of the National Oceanic and Atmospheric Administration, as well as the David and Lucille Packard Foundation, supported the work.