A sand tiger shark swims through a school of round scad fish. (Credit: Erik Rebeck) 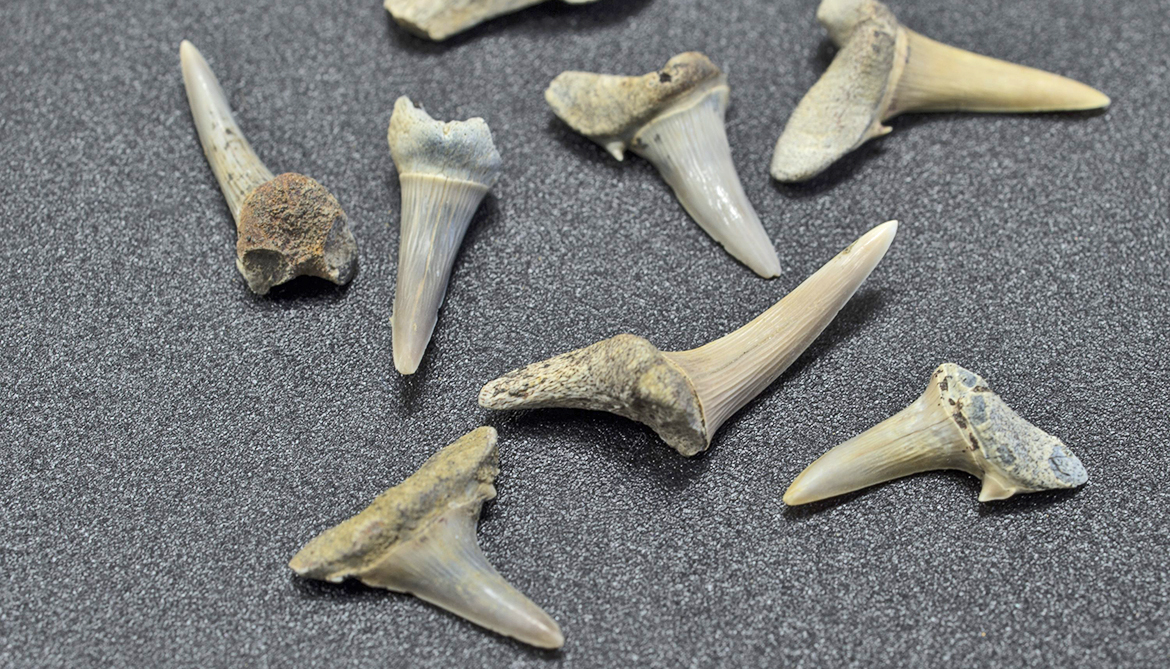 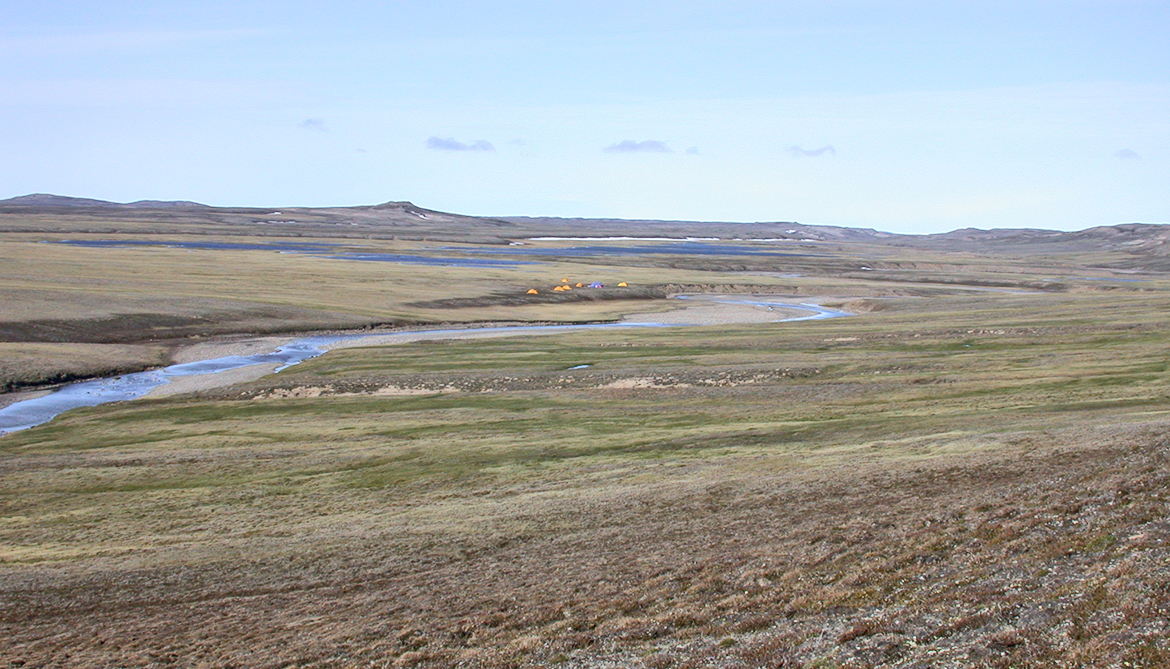 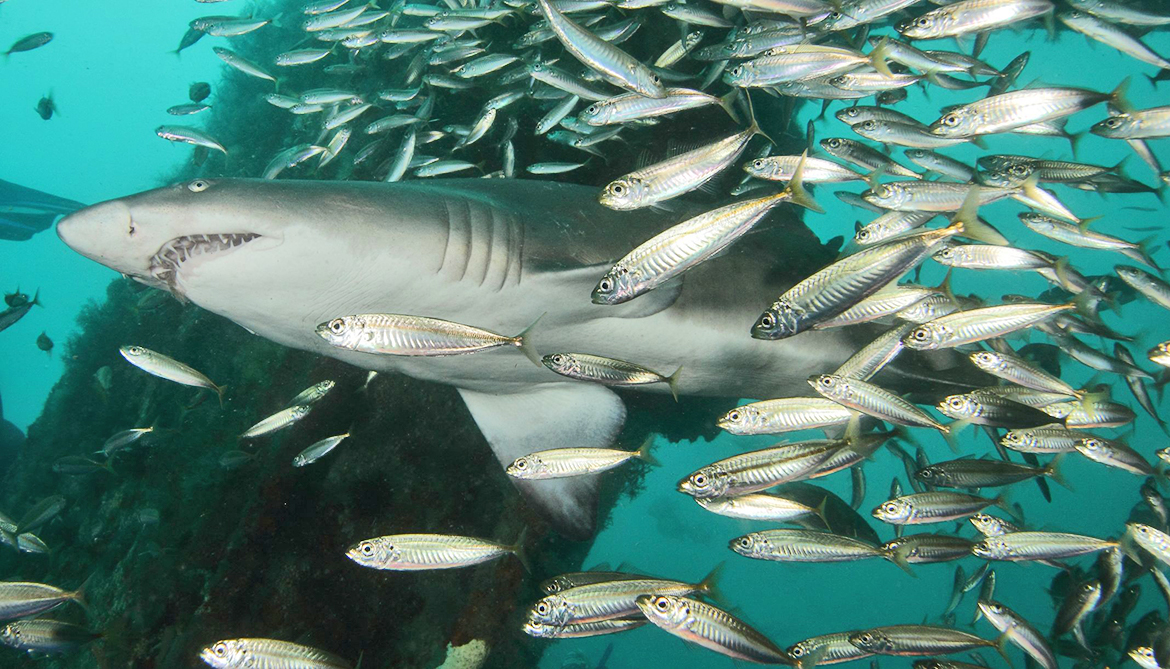 A new study of shark teeth taken from a coastal Arctic Ocean site could offer insight into Arctic marine life about 50 million years ago, say scientists.

Much warmer then, the Arctic was a forest filled will all kinds of animals, including crocodiles and giant tortoises.

This time period roughly 38 to 53 million years ago, known as the Eocene epoch, is like a “deep-time analogue for what’s going to happen if we don’t curb CO2 emissions today, and potentially what a runaway greenhouse effect looks like,” says Kim, a postdoctoral fellow at the University of Chicago.

This allowed them to better understand the changes in ocean water salinity across a broader geographic area during a time of elevated global temperatures.

Shark teeth are one of the few available vertebrate marine fossils for this time period. They preserve well and are incredibly abundant.

Kim isolated and measured the mass ratio of oxygen isotopes 18 to 16 found in the prepared enameloid (somewhat different from human tooth enamel) of the shark teeth. Sharks constantly exchange water with their environment, so the isotopic oxygen ratio found in the teeth is directly regulated by water temperature and salinity. With assumptions made about temperatures, the group was able to focus on extrapolating salinity levels of the water.

The results were surprising. “The numbers I got back were really weird,” Kim says. “They looked like fresh water.”

The sand tiger sharks she was studying are part of a group called lamniform sharks, which prefer to stay in areas of high salinity.

“As more freshwater flows into the Arctic Ocean due to global warming, I think we are going to see it become more brackish,” says Eberle of the University of Colorado, Boulder. “Maybe the fossil record can shed some light on how the groups of sharks that are with us today may fare in a warming world.”

Because the teeth are 40 to 50 million years old, many tests were run to eliminate any possible contaminates, but the results were still the same. These findings suggest that sharks may be able to cope with rises in temperature and the subsequent decrease of water salinity.

It has long been known that sharks are hardy creatures. They have fossil records dating back some 400 million years, surviving multiple mass extinctions, and have shown great ecological plasticity thus far.

Additionally, these results provide supporting evidence for the idea that the Arctic Ocean was most likely isolated from global waters.

“Through an analysis of fossil sand tiger shark teeth from the western Arctic Ocean, this study offers new evidence for a less salty Arctic Ocean during an ancient ‘greenhouse period,'” says Yusheng (Chris) Liu, program director in the National Science Foundation’s Division of Earth Sciences, which co-funded the research with NSF’s Division of Polar Programs. “The results also confirm that the Arctic Ocean was isolated during that long-ago time.”

While Kim has hopes to expand her research both geographically and in geologic time in an effort to better understand the ecology and evolution of sharks, she remarks that “working with fossils is tricky because you have to work within the localities that are preserved. “You can’t always design the perfect experiment.”

Their findings were published in the journal Geology.