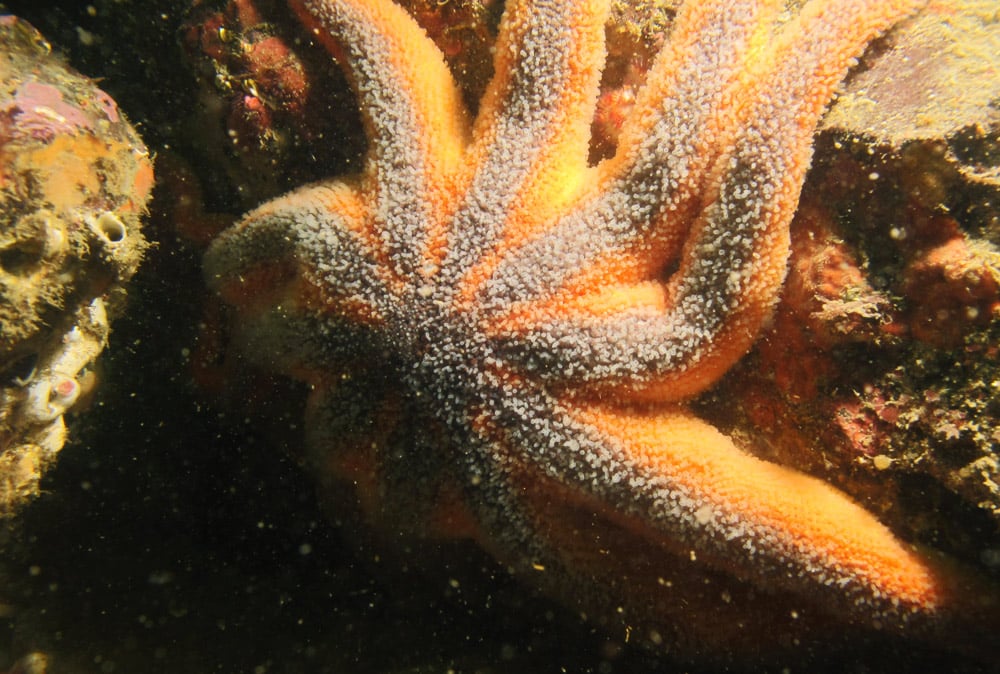 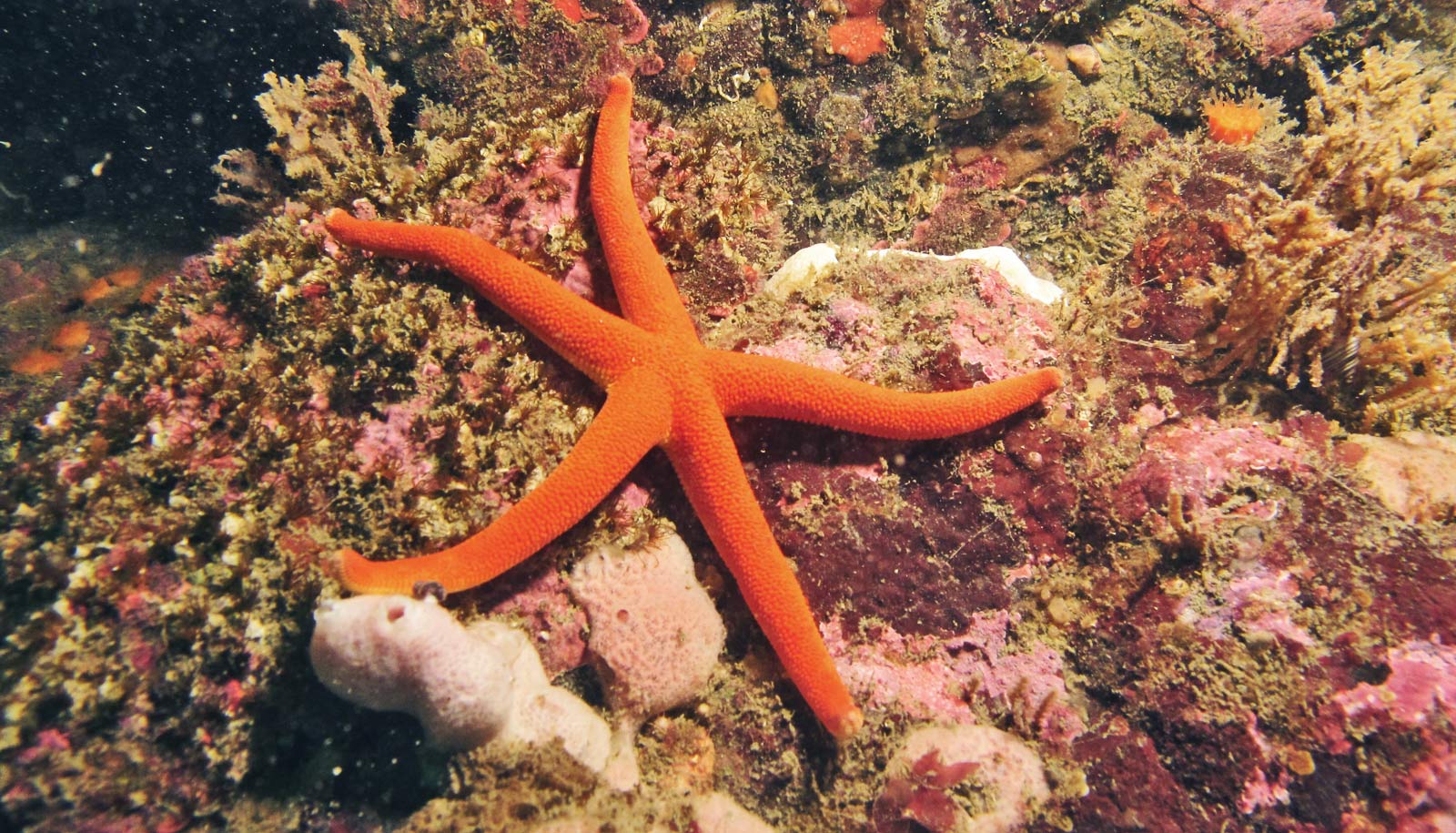 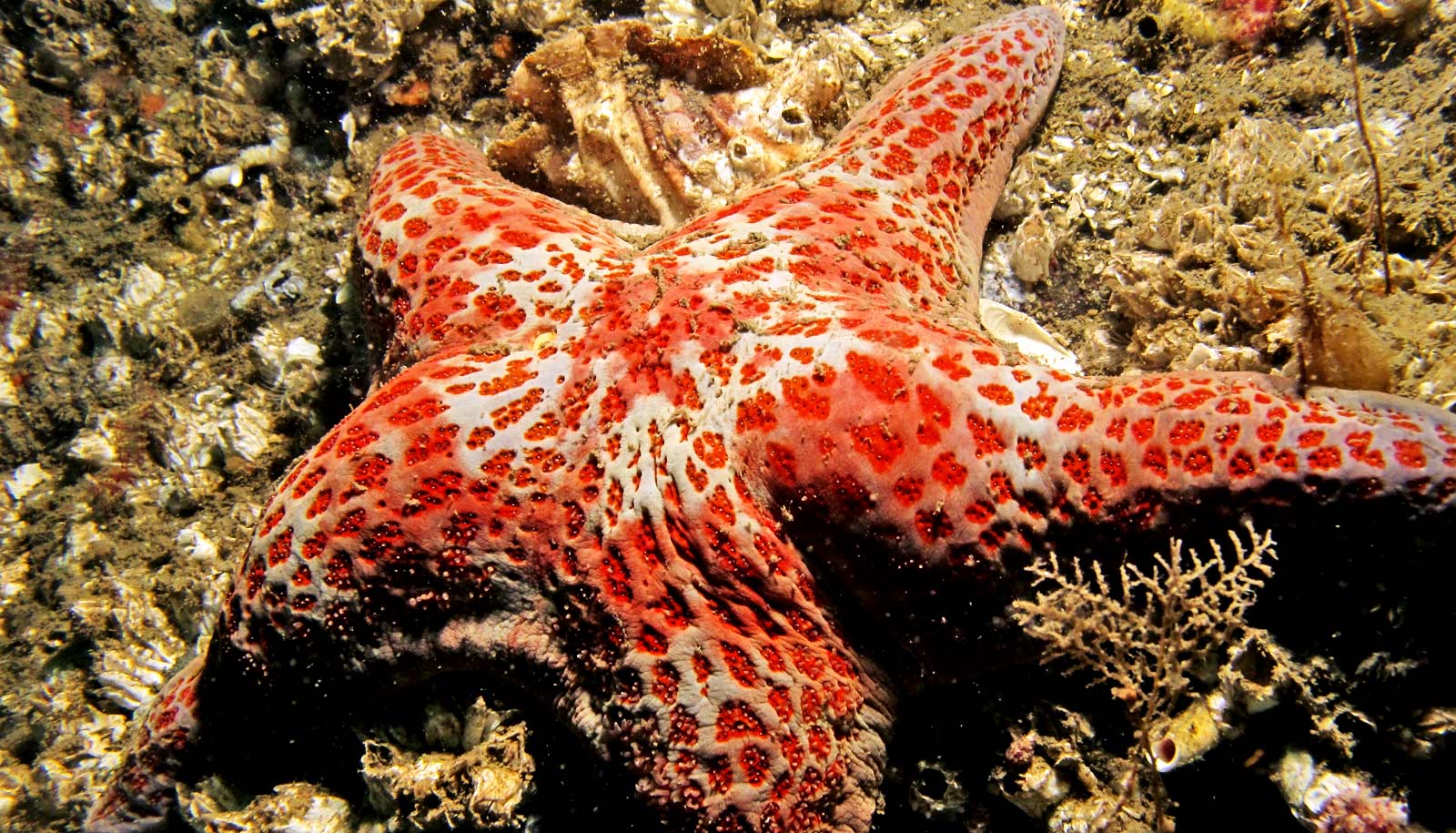 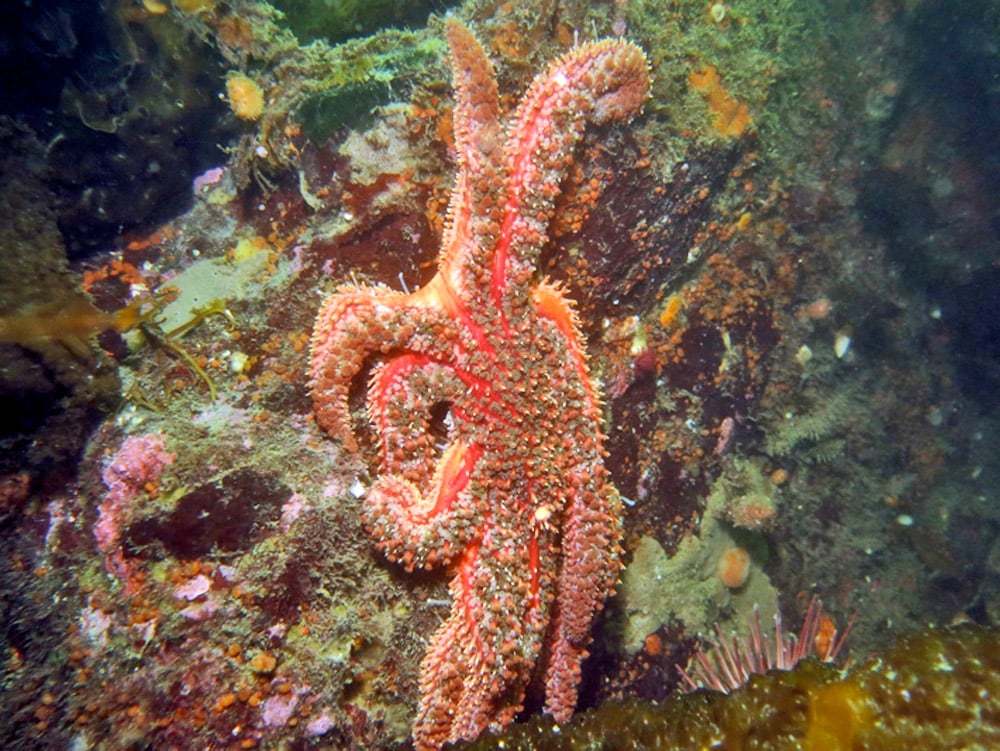 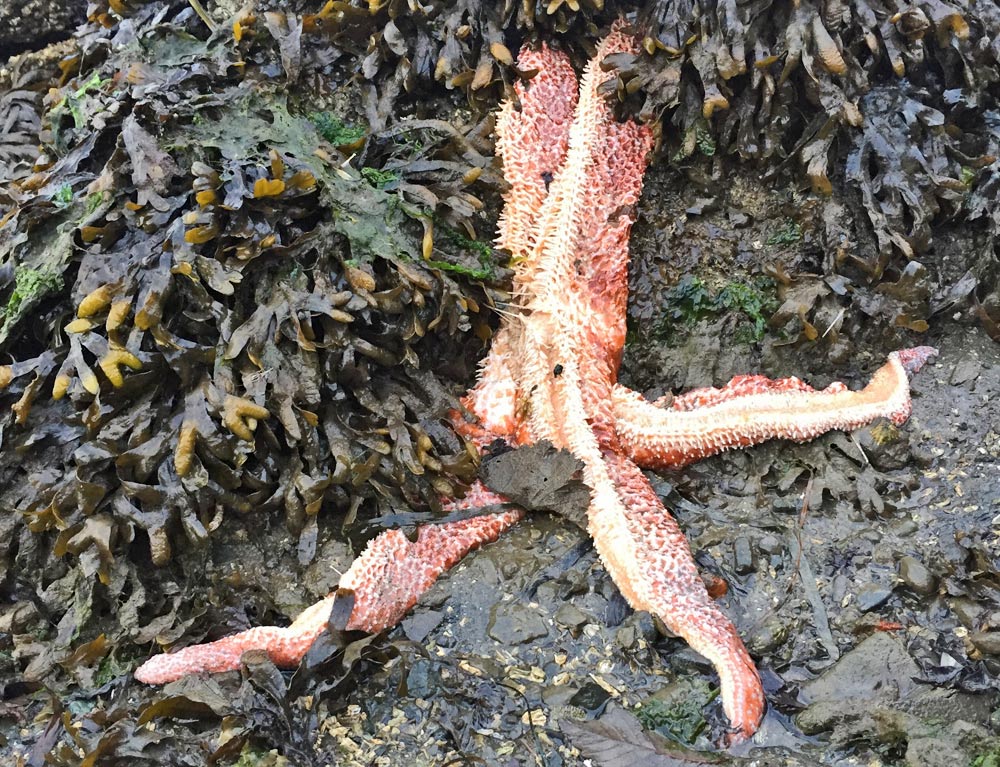 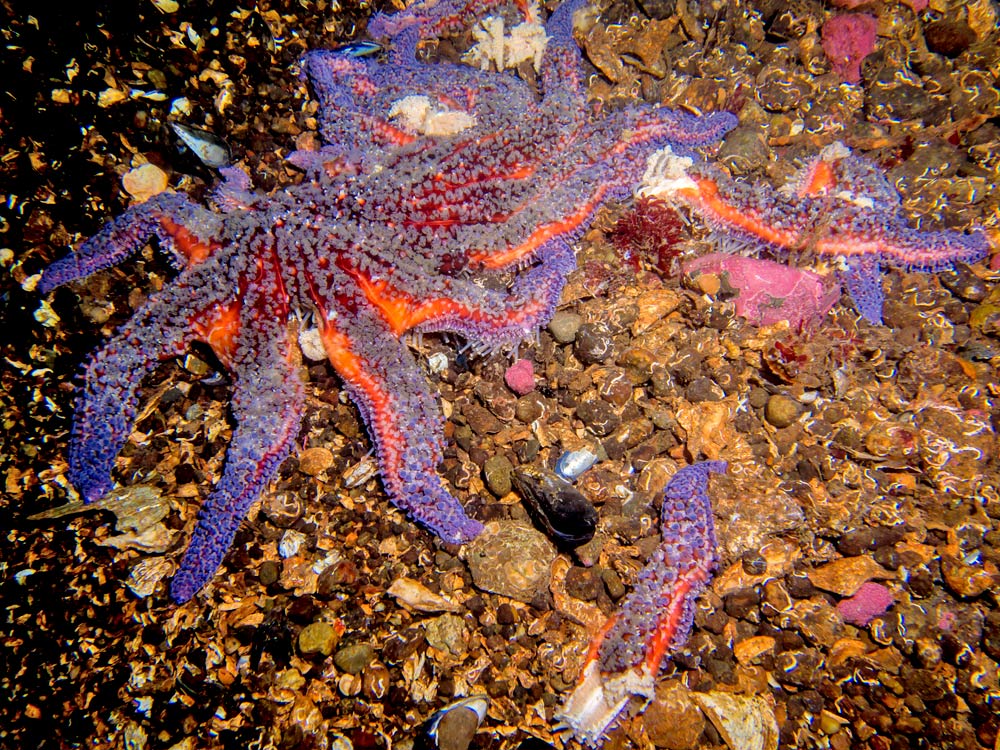 Sea star wasting disease has devastated intertidal populations of the animals on the West coast from Mexico to Alaska. But what about sea stars that live below the low tide line, mostly out of sight?

An analysis of data collected by divers in the Salish Sea shows severe impacts on some species, especially the sunflower sea star, Pycnopodia helianthoides.

“Sunflower stars are major predators. This is probably going to change the shape of the ecosystem,” says Joe Gaydos, wildlife veterinarian and chief scientist with the UC Davis School of Veterinary Medicine’s SeaDoc Society, which carried out the analysis with colleagues from Cornell University. The findings, published in PLOS ONE, reflect anecdotal reports from elsewhere on the West Coast, he says.

Sea star wasting disease broke out in 2013, causing massive death of several species of sea stars. Infected animals develop lesions that eat away tissue, with limbs dropping off as the animals die. The disease has been linked to a virus, although environmental factors may also be involved.

“The sunflower star is the most susceptible species, so we were concerned that it could be driven way down by this nonspecific virus,” says coauthor Drew Harvell, professor of ecology and evolutionary biology at Cornell University.

In the Salish Sea

The Salish Sea, which straddles the US/Canadian border and includes Puget Sound and the waters east of Vancouver Island, is home to a diverse population of sea stars. The animals are important predators, eating urchins and other animals.

Slideshow: Meet the unfamiliar fish of the Salish Sea

“The Salish Sea is known worldwide for sea star diversity, so we wanted to know, What is the impact on different species?” Gaydos says.

The researchers used a combination of data collected by scientific divers during 2014-15 and long-term data collected by trained recreational scuba divers through the Reef Environmental Education Foundation, or REEF.

“The REEF data were amazing. We were able to compare eight years of pre-epidemic data to the outbreak to show how devastating declines were for the sunflower stars,” says Diego Montecino-Latorre, UC Davis graduate student, veterinarian, and lead author of the study.

The results showed some species were hit hard, while others actually increased in number. Populations of sunflower sea stars dropped dramatically after the beginning of the epidemic, and several other sea star species, including the spiny pink star, Pisaster brevispinus, also declined. Numbers of the less-common leather star (Dermasterias imbricata) and two species of sea urchin, which are prey for sea stars, increased after 2013.

The virus outbreak continues, and will have lasting effects on the ecosystem. Sunflower sea stars have effectively disappeared from the Salish Sea, the study concludes. Likely as a result, numbers of urchins have increased, which in turn will lead to more grazing on kelp. Gaydos says that he and his colleagues are in discussions with the National Marine Fisheries Service to get the sunflower sea star listed as a “species of concern.”

“This study revealed the need to generate a plan supporting the persistence of what used to be the most common sea star species in the Salish Sea,” says Montecino-Latorre.

The SeaDoc Society is a program of the Karen C. Drayer Wildlife Health Center, UC Davis School of Veterinary Medicine.

Additional coauthors of the study are from Cornell University; Northeastern University in Nahant, Massachusetts; and the Reef Environmental Education Foundation in Key Largo, Florida.