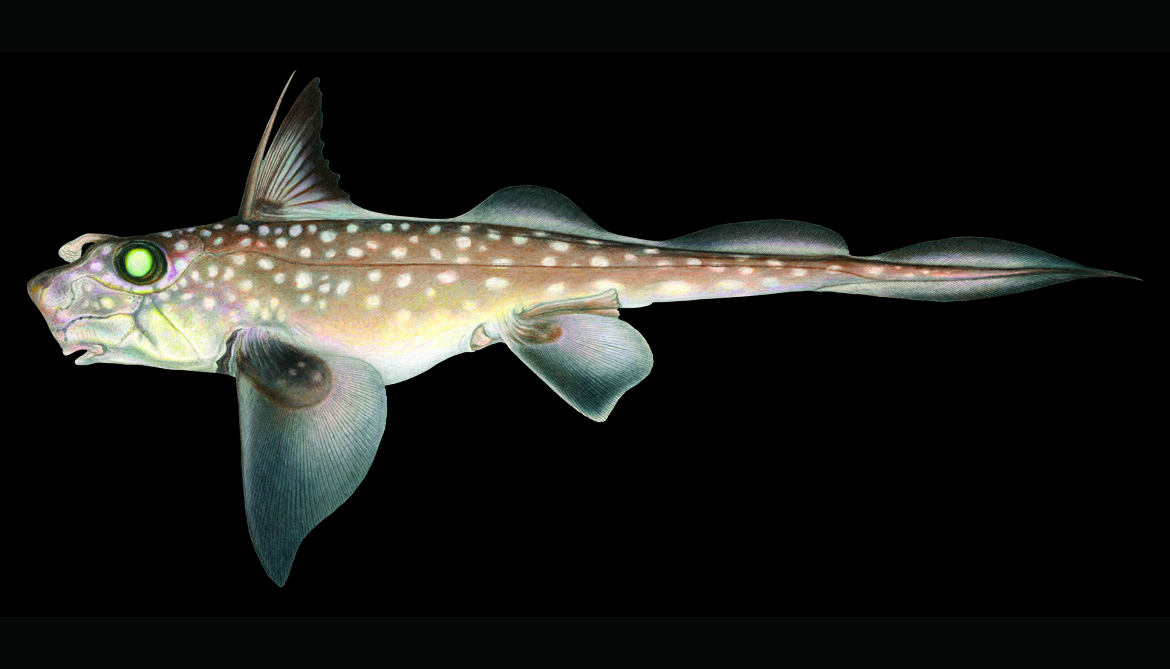 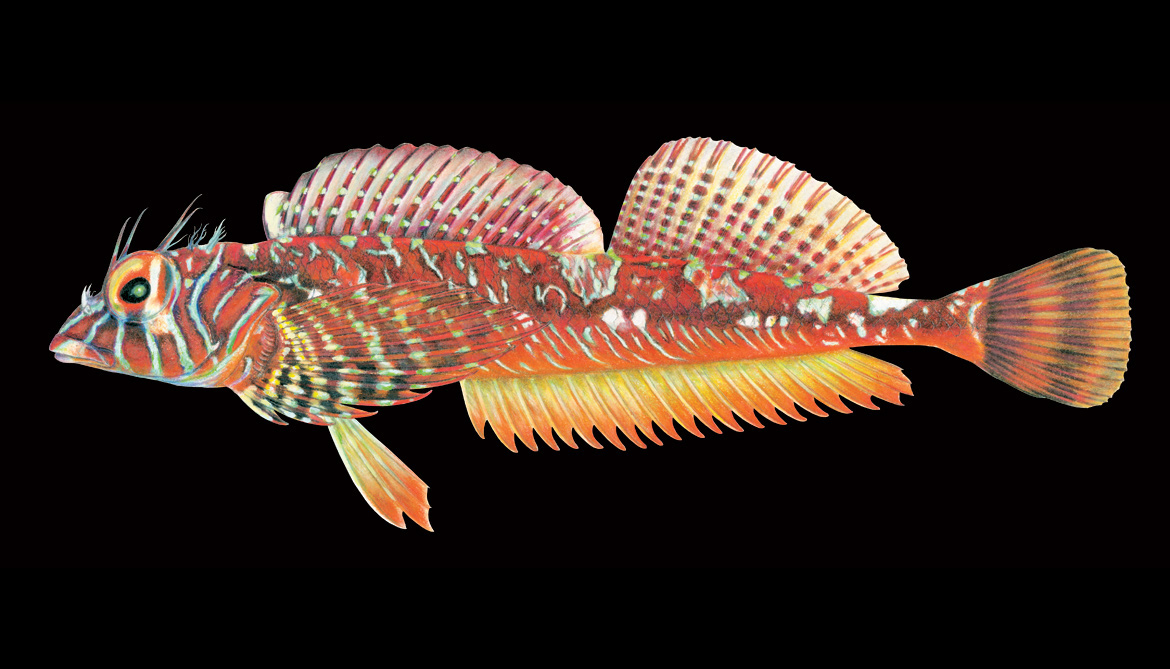 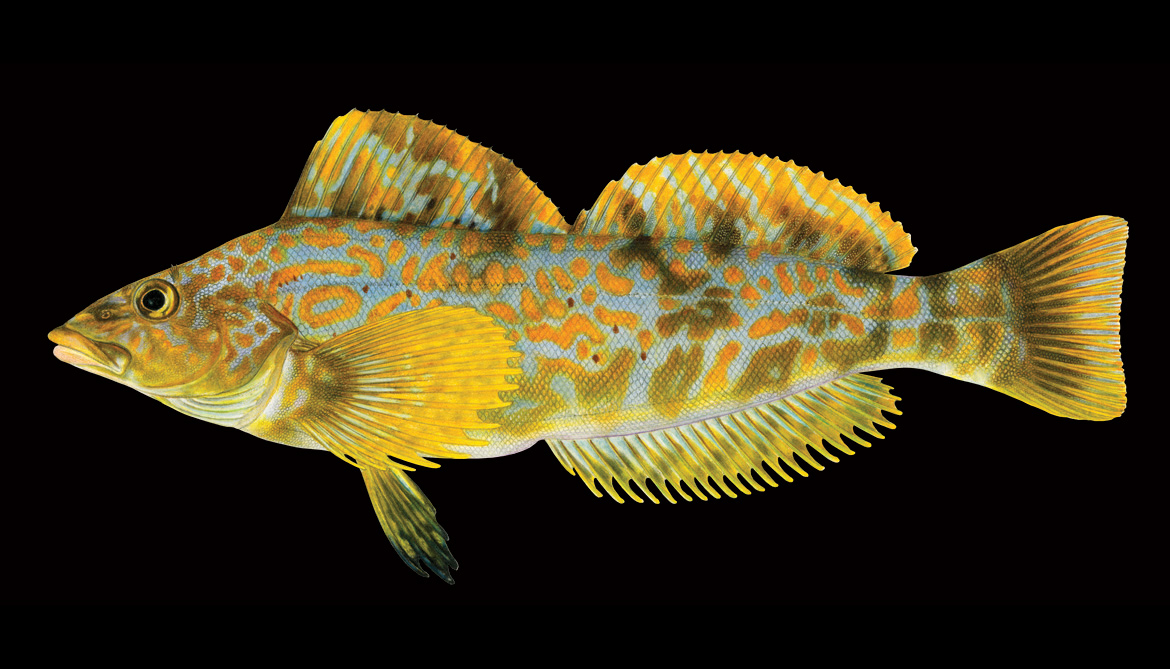 You may have heard of the Coho salmon, Pacific halibut, and even the dogfish shark. But what about the Pacific viperfish, northern flashlightfish, dwarf wrymouth, or the longsnout prickleback?

These colorfully named species and others appear in a new report that documents all of the fishes that live in the Salish Sea, a roughly 6,500-square-mile region that encompasses Puget Sound, the Strait of Juan de Fuca, the Strait of Georgia, the San Juan Islands, and the Canadian Gulf Islands.

In total, 253 fish species have been recorded in the Salish Sea, and that’s about 14 percent more than in the last count, says Ted Pietsch, coauthor of the new report and an emeritus professor of aquatic and fishery sciences at the University of Washington.

“It’s quite astonishing to think that people haven’t really known what’s here in any detail,” Pietsch says. “In preparing this report, we’ve really turned over every stone to make sure we have every fish species ever recorded from our inland marine waters.”

The paper’s other author is Jay Orr, a scientist with the Alaska Fisheries Science Center and a former graduate student of Pietsch’s. Their exhaustive report represents the first thorough survey and analysis of Salish Sea fishes in 35 years.

The report, published online by the National Oceanic and Atmospheric Administration, includes a full taxonomic list as well as an analysis of geographic distribution and relative local abundance, along with common and scientific names and key references to learn more about each species. Some of the fishes appear in artist Joe Tomelleri’s hand-drawn images.

The report is a precursor to a book coming out in a year or two that will feature Tomelleri’s drawings of all 253 Salish Sea fish species.

[This fish ‘snoozes’ for years without food or water]

This report and the eventual book will be useful for scientists, anglers, educators, and others in identifying Salish fishes, tracking the distribution and abundance of known species, assessing the health of their habitat and determining when these populations might be in danger of disappearing.

Pietsch and Orr scoured multiple sources to determine whether each species listed in the report lives or was known to live in the Salish Sea region, also known as the inland marine waters of Washington and British Columbia.

Their primary source was the fish collection of the University of Washington’s Burke Museum of Natural History and Culture—which now contains more than 11 million specimens—and they looked also at other major fish collections along the West Coast, including those at the University of British Columbia, the Royal British Columbia Museum in Victoria, BC, and the California Academy of Sciences in San Francisco.

Each species described in the report had to have a corresponding specimen or a good-quality photograph to ensure its existence, past or present.

Some of the newly added species include the prickly sculpin, Bering eelpout, spotted cusk-eel, and the halfbanded rockfish. Including them in the full report means these species were seen and documented in the region sometime in the past, but weren’t represented on the last survey list, which was published in 1980.

In total, 37 new species were added, and five species were removed from the list because researchers couldn’t find evidence of their presence in the Salish Sea.

Funding for the work came from the SeaDoc Society, a marine science conservation program of the Karen C. Drayer Wildlife Health Center, part of the University of California Davis School of Veterinary Medicine.