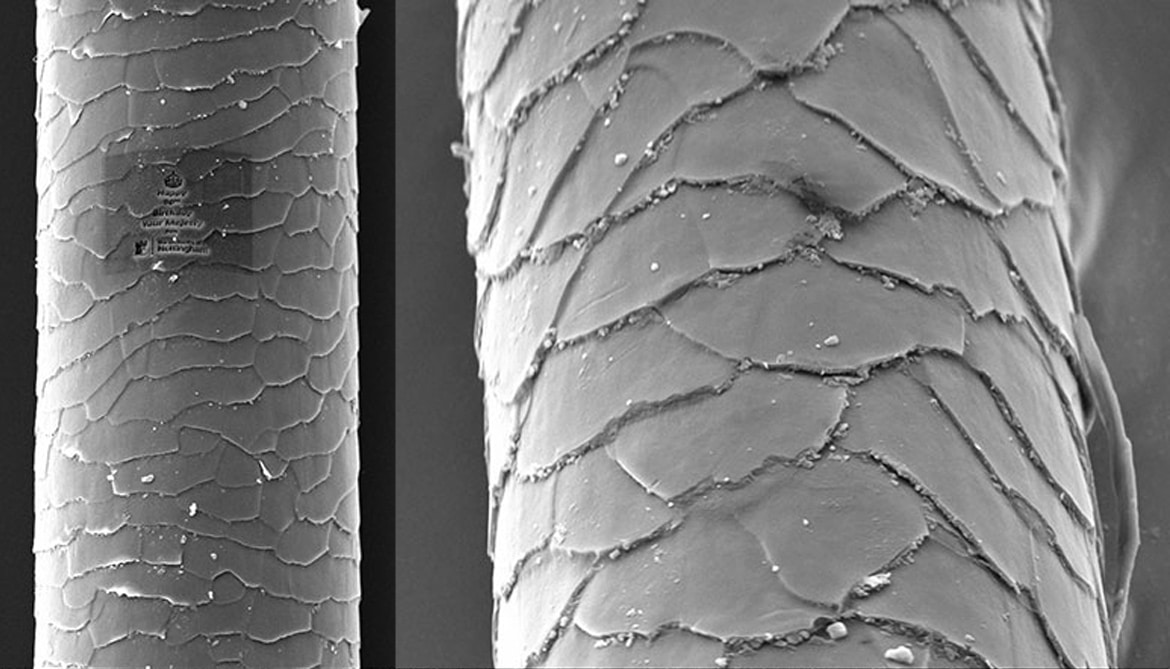 The corgi hair with the image and a close-up of the hair at right. (Credit: iStockphoto) 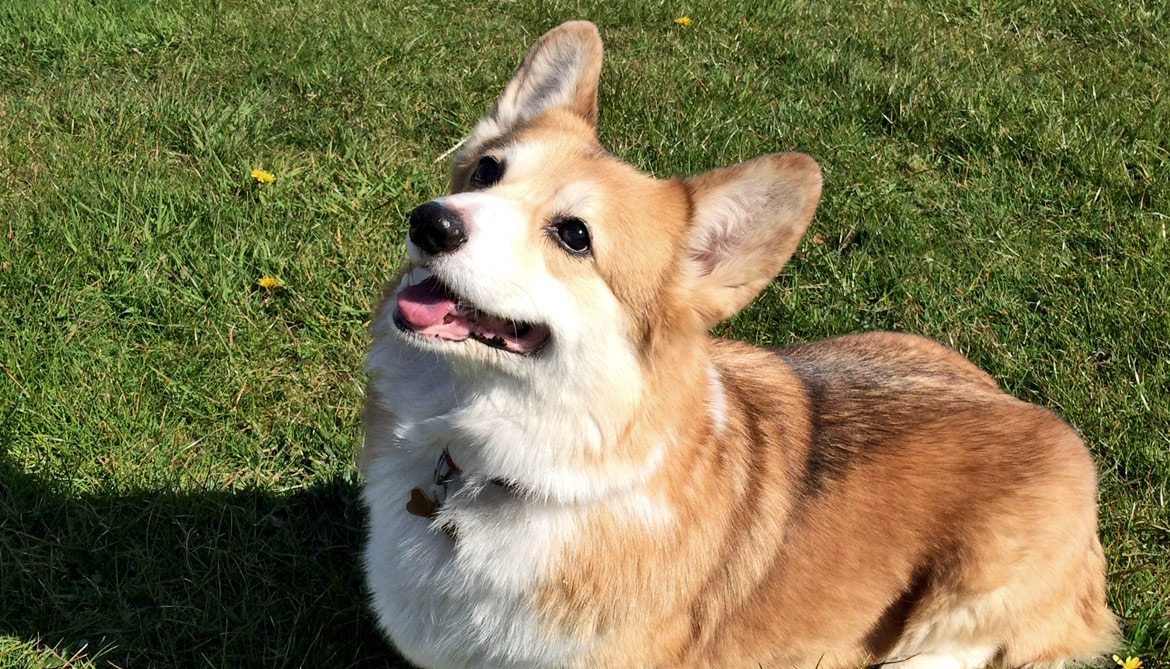 CJ the corgi. (Credit: U. Nottingham)
Previous Next

A team that holds the world record for writing the tiniest version of the periodic table on a human hair has an unusual 90th birthday present for Queen Elizabeth: a minuscule message on the hair of a Corgi dog.

The hair comes from Cracker and CJ—two Corgis living in Nottinghamshire who are from the same blood line as the queen’s corgis.

Engineers and scientists at the University of Nottingham’s Nanoscale and Microscale Research Centre wrote “Happy 90th birthday Your Majesty” with a beam of gallium ions.

Michael Fay and Christopher Parmenter used a focused ion beam scanning electron microscope (FIB-SEM) to etch the message. The machine is capable of etching and manipulating materials with nanoscale precision by a focused beam of gallium ions while imaging the structure by a beam of electrons.

The team once created the smallest test tube. And, in December 2010, the university entered the Guinness World Records for creating the smallest periodic table—a record that stands today.

The table was written on a single strand of hair using an ion beam writer and scanning electron microscope (SEM) and measures just 89.67 x 46.39 microns. Approximately one million tables this size would fit on a sticky note.

The FIB-SEM differs from a standard SEM through the inclusion of a second column, which uses a gallium source rather than electron source. This beam of ions can image or ablate material selectively.

The FIB can remove material in specific patterns, for example a thin strip to give a cross-section through a sample. In this way the microscopist can obtain data on the internal structure of a sample, which would otherwise be hidden in a traditional SEM.