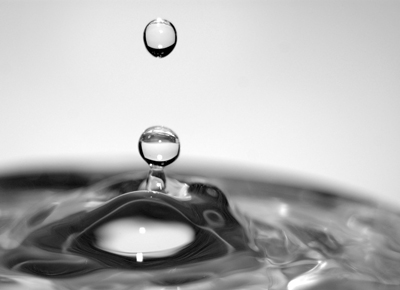 Princeton researchers have frozen water by using pressure, not temperature.

PRINCETON (US)—Think there’s only one way to freeze water? Think again. Researchers may be able to “freeze” water into a solid, not by cooling it, but by confining it to narrow spaces less than one-millionth of a millimeter wide.

It’s more than a neat trick. A deeper understanding of how thin films of water behave in nanometer-sized spaces may help advance numerous scientific aims, including the development of new energy sources, advances in pharmaceuticals, and creation of self-cleaning surfaces, according to a team of scientists from Princeton University.

Water has long been known for its quirky physical properties, including its ability to expand when cooled and to flow with increasing ease when compressed. While this behavior on a large scale has been the subject of much research, the effect of nano-confinement on water’s physical properties and transitions between the gas, liquid, and solid phases is largely unknown.

In their investigation, the researchers used computers to simulate the movement of water molecules trapped between two hypothetical plates. The plates in the scenario were hydrophobic, or water-fearing, meaning they repel water much like the surface of a leaf. When the distance between the two plates was narrowed to roughly the width of three water molecules, the simulations demonstrated a previously unknown phase of water consisting of a layer of mobile water sandwiched between two layers of “frozen” water adjacent to each plate. The layers were each one-molecule thick and, in the simulated environment, remained at room temperature.

The “ice sandwich” phase persisted throughout the length of the simulation, some two nanoseconds (two-billionths of a second) long, indicating that the phase would persist indefinitely without the middle layer freezing, if conditions were kept stable, says Pablo Debenedetti, vice dean of Princeton’s School of Engineering and Applied Science.

When the density of the system was reduced, the three-layer phase transitioned into two layers of fluid—again, still at room temperature.

“This research suggests the idea that phase transitions can be controlled by understanding the effects of confinement and interaction with a surface,” says Debenedetti.

The work is part of an ongoing effort funded by the National Science Foundation to study how confinement in nanometer-scale spaces affects the behavior of water-based solutions, including those containing biomolecules. Debenedetti says there are numerous potential applications. For example, hydrogen fuel cells, which are thought to be promising for use in vehicles and stationary power production, generate electricity by passing hydrogen ions across a membrane where water is confined in nano-scale channels.

The work may also advance the ability to understand how different surfaces can be used to affect the behavior of water alone and mixed with other substances. This knowledge could one day inform the development of innovative separation techniques for producing biofuels. One problem with these fuels, such as ethanol, is that they contain water when first obtained from the plants. Designing surfaces that interact with water and ethanol differently might yeild a new way to remove the water.

“Since much of biology involves water under confinement, perhaps the greatest utility of this work will be in a better understanding of biological processes,” says Princeton professor Salvatore Torquato. “This potentially has applications in drug discovery, for example.”

While the potential applications are intriguing, Debenedetti cautions that even the best simulations cannot be taken as exact representations of reality. They do, however, often provide insights into molecular behavior and suggest new research avenues to pursue. As next steps, the researchers intend to explore how changing the conditions in the simulation alters the behavior of water. This includes using hypothetical walls that are not perfectly smooth, varying the temperature, and using theoretical water that contains dissolved solutes, such as salt.

Robot learns to see water and pour it into a glass