"If conditions are too cold and dry to support active microbial life on an analogous climate on Earth, then the colder dryer conditions in the near surface permafrost on Mars are unlikely to contain life," says Lyle Whyte. (Credit: NASA) 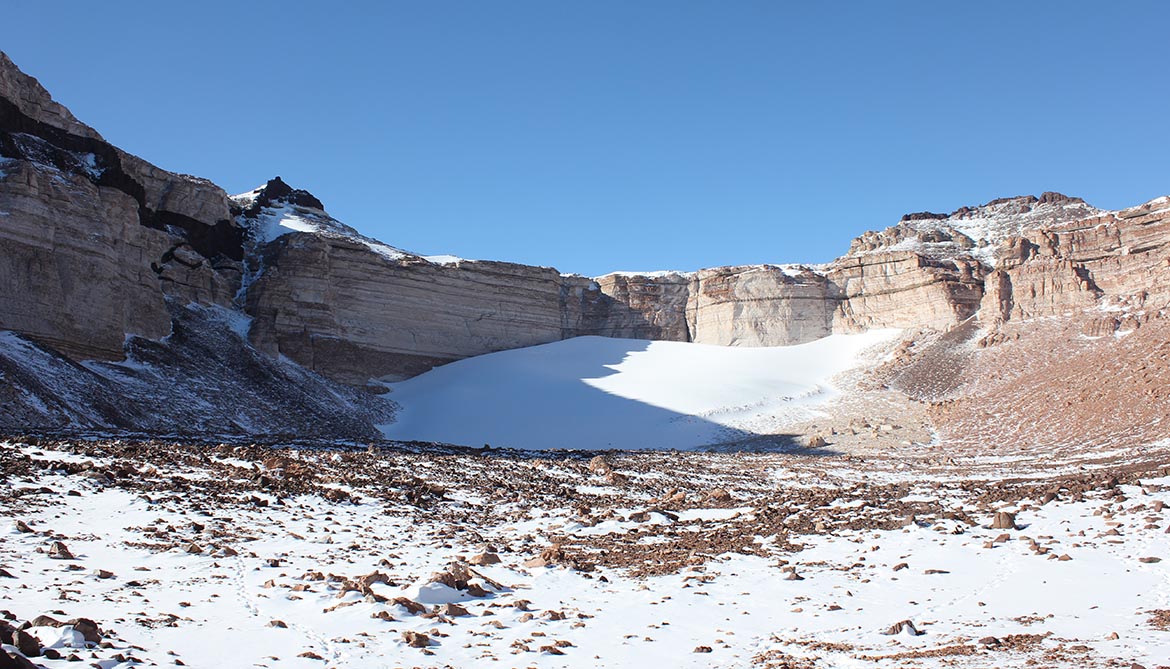 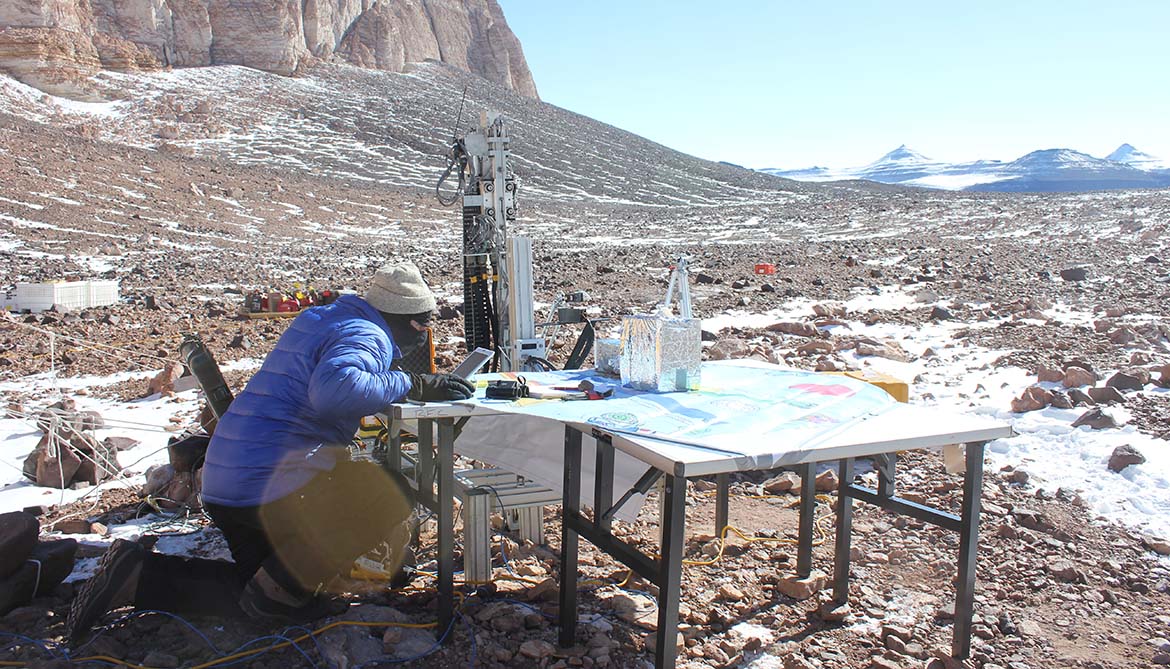 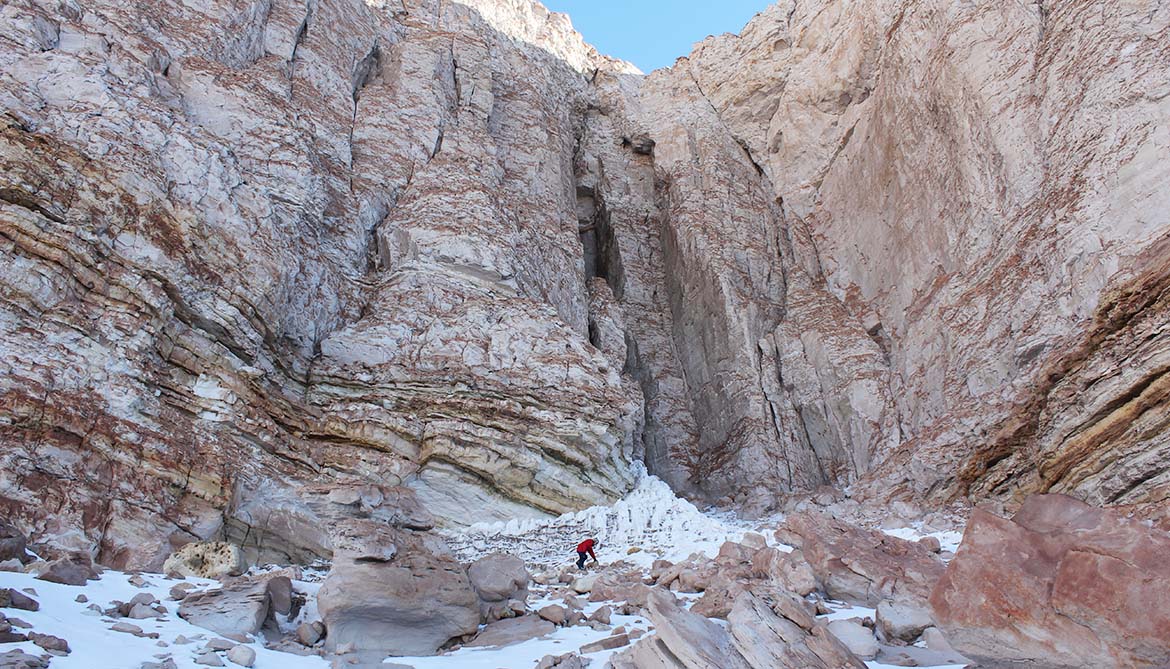 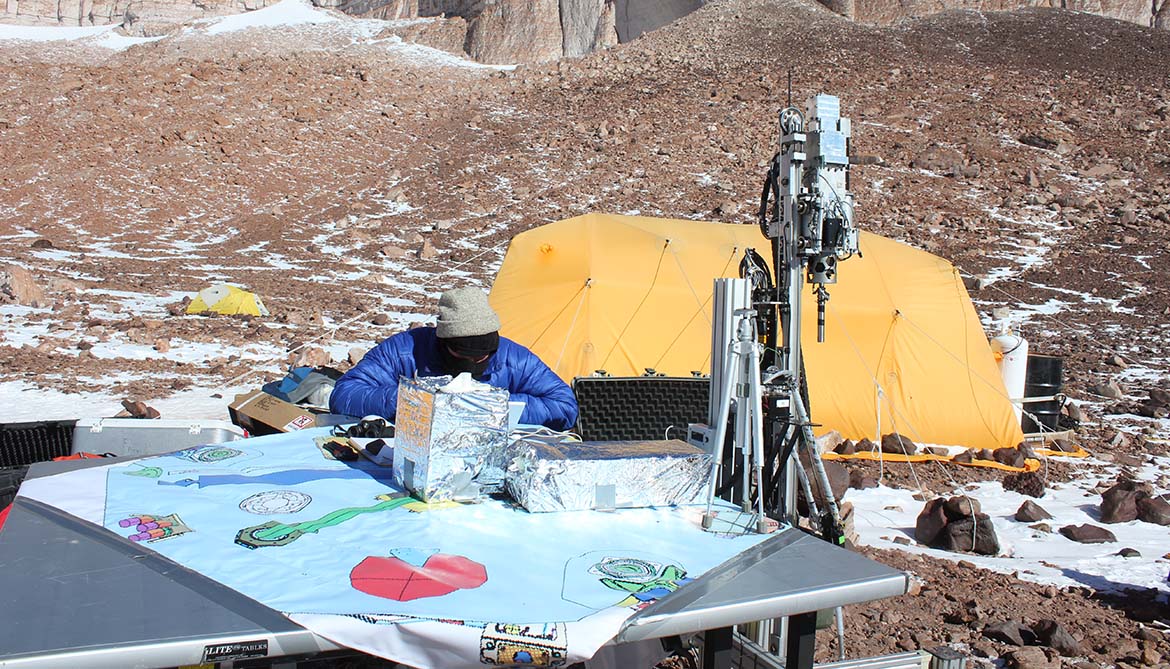 Jackie Goordial has spent the past four years looking for signs of active microbial life in permafrost soil taken from one of the coldest, oldest, and driest places on Earth: University Valley.

So far, she’s not having any luck.

University Valley is located in the high elevation McMurdo Dry Valleys of Antarctica. Extremely cold and dry conditions have persisted there for more than 150,000 years.

“It is hard for both of us to believe that we may have reached a cold and arid threshold where even microbial life cannot actively exist.”

Scientists think it is the place on Earth that most closely resembles the permafrost found in the northern polar region of Mars at the Phoenix landing site.

“I’ve been trying to cheer her up by telling her that not finding life is important too,” says Lyle Whyte, who supervises Goordial, a postdoctoral fellow at McGill University. “Going into the study, we were sure that we would detect a functioning and viable microbial ecosystem in the permafrost soils of University Valley as we and others have done in Arctic and Antarctic permafrost, including in other sites at lower elevations in Antarctica.

“It is hard for both of us to believe that we may have reached a cold and arid threshold where even microbial life cannot actively exist.”

What brought the researchers to University Valley was a NASA ASTEP (astrobiology science and technology for exploring planets) project to test the IceBite auger, a permafrost drill designed to drill into Martian permafrost.

The McGill team analyzed samples from two permafrost boreholes which reached a depth of just 42 and 55 centimeters below the surface. This may not sound like a lot, but drilling into permafrost to get soil samples for testing is very difficult.

“Anytime you drill into frozen ground and it has some ice in it, the drilling process creates friction which melts the ice. The hole will refreeze within seconds if the drilling is interrupted, freezing the drill bit into the hole,” says Whyte. “I remember drilling in the Arctic and losing a drill bit in one of the holes we had made, just because it froze into the ice before we could get it out.”

“Previous studies in the lower dry valleys of Antarctica and in subglacial lakes were giving us the impression that microbial life was rich in the cold regions,” says Chris McKay of NASA’s Ames Research Center. “University Valley has the coldest driest soil we can find on Earth. And life is really having a hard time of it there. This is certainly the training ground for the search for evidence of life on Mars and an extremely important result for NASA’s astrobiology effort.”

The research team carried out a variety of tests, both in the field—where they failed to find evidence of carbon dioxide or methane (a gas used by all living things) in the soil—and then back in the lab at McGill.

They sent soil samples for DNA testing, looking for matches with particular genes known to be found in microbes and fungi. They tried to stimulate microbial growth on a wide variety of substances and then count the cells produced. They also used highly sensitive radiorespiration activity assays, which involve feeding the soil microorganisms a food source that has been labelled with radioactive carbon—which can then be used to detect if the microorganisms are active.

The tests failed to show any signs of active life. The team published their results in the ISME Journal.

“We couldn’t detect any microbial activity within these samples,” says Whyte. “Any, very limited traces we were able to find of microbial life in these samples are most likely the remnants of microbes that are dormant or are slowly dying off. Given the continuous dryness and subfreezing temperatures, and the lack of available water, even in summer, it is unlikely that any microbial communities can grow in these soils.”

[Why is science fiction so obsessed with Mars?]

Goordial adds: “We don’t know if there is activity beyond our limits of detection. All we can say for sure is that after using all the current methods of testing available to us, the samples are unlike any other permafrost we have encountered to date on Earth”

“If conditions are too cold and dry to support active microbial life on an analogous climate on Earth, then the colder dryer conditions in the near surface permafrost on Mars are unlikely to contain life,” says Whyte. “Additionally, if we cannot detect activity on Earth, in an environment which is teeming with microorganisms, it will be extremely unlikely and difficult to detect such activity on Mars.”

On a positive note however, the findings suggest that any microorganisms transported to Mars from Earth by mistake are unlikely to survive on the Martian surface—something that is of current concern for planetary protection.

Expert: Why new exoplanet discovery is a big deal