This is a 3D image of fluorescent brain cells inside an intact brain tissue. Researchers used a new technique that makes tissue transparent, allowing to see specific cells that have been labeled or stained. (Credit: Bin Yang and Viviana Gradinaru/Caltech) 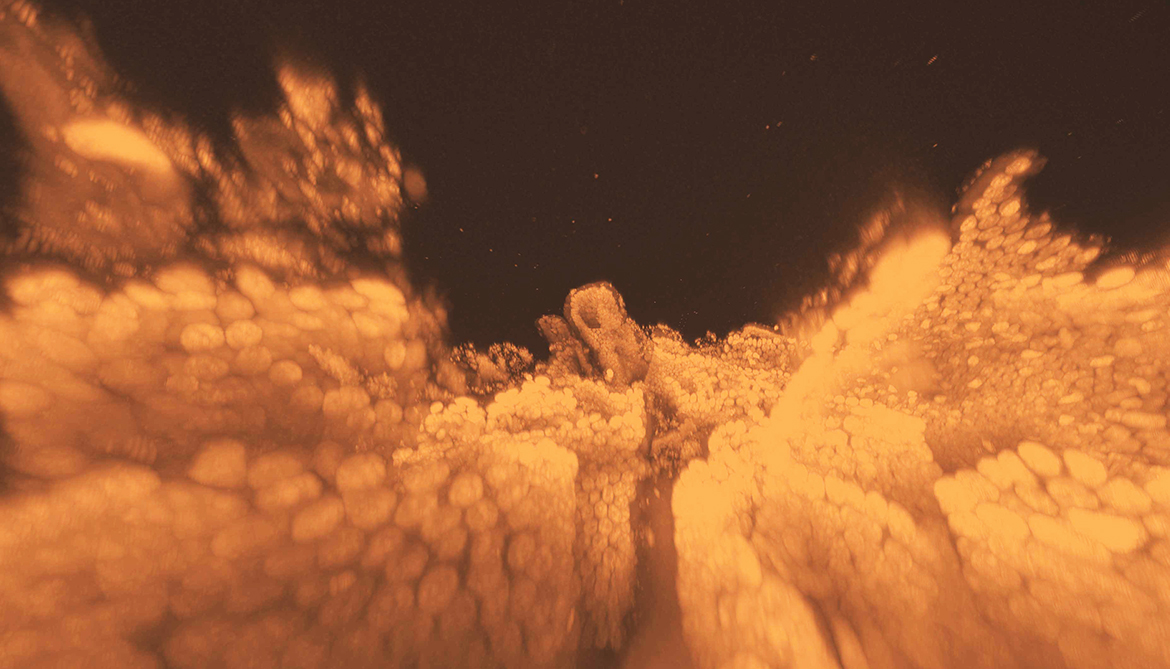 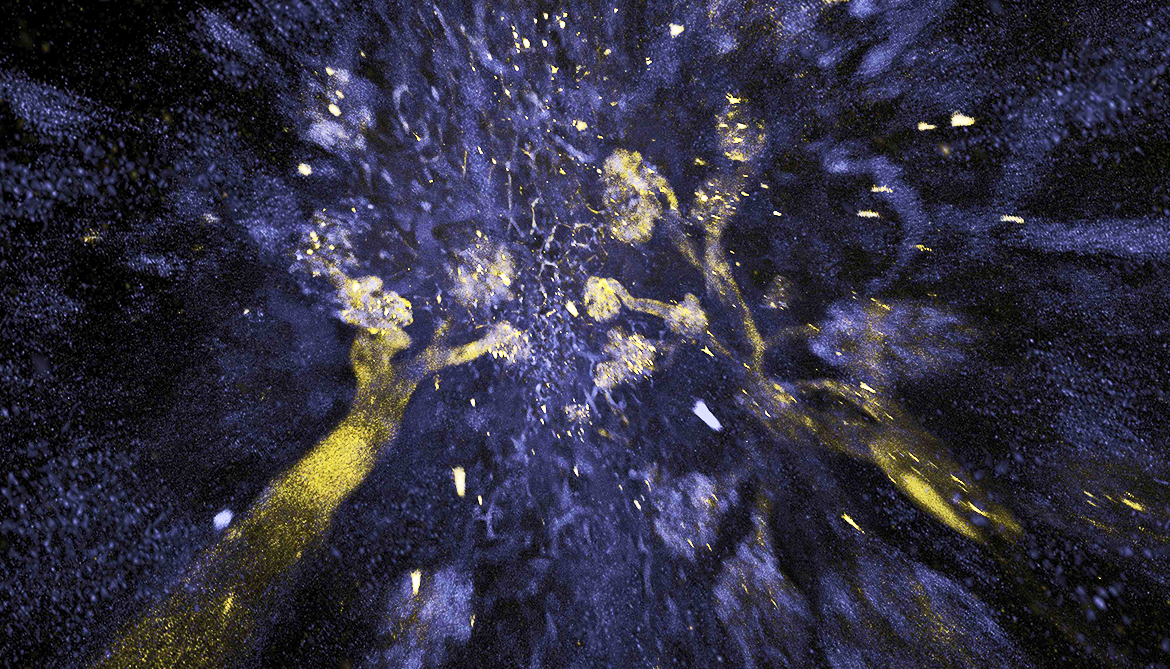 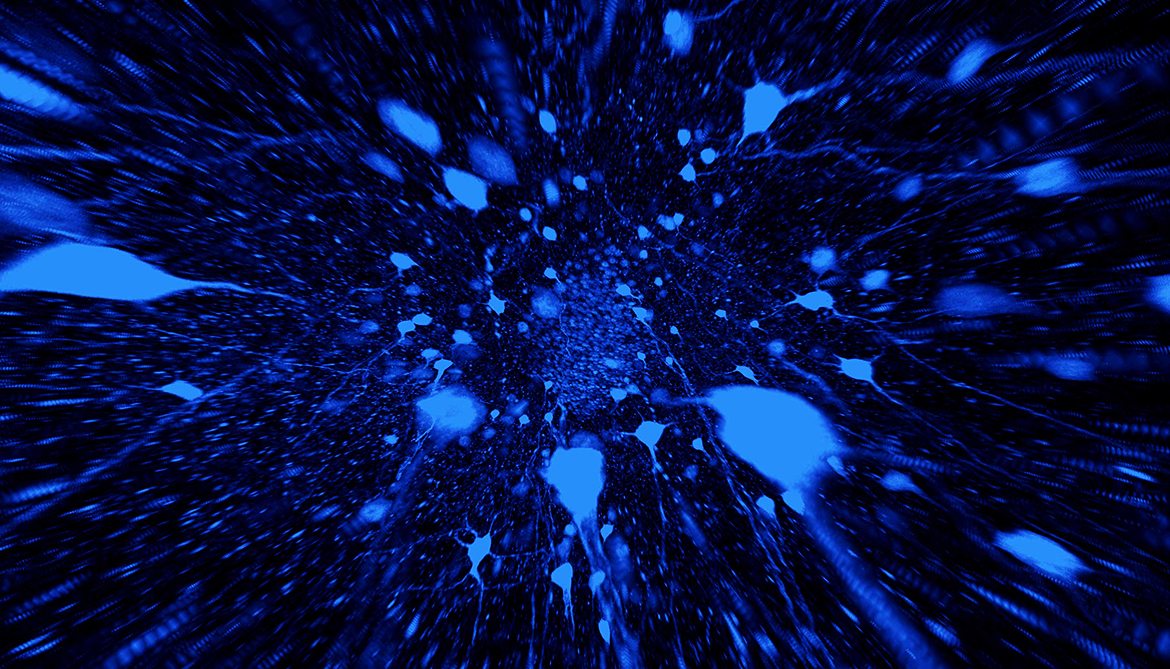 Scientists have developed a way to see through tissues, organs, and even an entire body. The technique allows them to peer through the tissue—in 3D—using standard optical methods such as confocal microscopy.

“Large volumes of tissue are not optically transparent—you can’t see through them,” says Viviana Gradinaru (BS ’05), an assistant professor of biology at the California Institute of Technology (Caltech) and the principal investigator whose team has developed the new techniques, which are explained in a paper appearing in the journal Cell.

Lipids throughout cells provide structural support, but they also prevent light from passing through the cells.

“So, if we need to see individual cells within a large volume of tissue”—within a mouse kidney, for example, or a human tumor biopsy—”we have to slice the tissue very thin, separately image each slice with a microscope, and put all of the images back together with a computer.

“It’s a very time-consuming process and it is error prone, especially if you look to map long axons or sparse cell populations such as stem cells or tumor cells,” she says.

The new approach builds off a technique known as CLARITY that was previously developed by Gradinaru and her collaborators to create a transparent whole-brain specimen.

With the CLARITY method, a rodent brain is infused with a solution of lipid-dissolving detergents and hydrogel—a water-based polymer gel that provides structural support—thus “clearing” the tissue but leaving its three-dimensional architecture intact for study.

The refined technique optimizes the CLARITY concept so that it can be used to clear other organs besides the brain, and even whole organisms.

By making clever use of an organism’s own network of blood vessels, Gradinaru and her colleagues—including scientific researcher Bin Yang and postdoctoral scholar Jennifer Treweek, coauthors on the paper—can quickly deliver the lipid-dissolving hydrogel and chemical solution throughout the body.

Gradinaru and her colleagues have dubbed this new technique PARS, or perfusion-assisted agent release in situ.

Once an organ or whole body has been made transparent, standard microscopy techniques can be used to easily look through a thick mass of tissue to view single cells that are genetically marked with fluorescent proteins.

Even without such genetically introduced fluorescent proteins, however, the PARS technique can be used to deliver stains and dyes to individual cell types of interest. When whole-body clearing is not necessary the method works just as well on individual organs by using a technique called PACT, short for passive clarity technique.

To find out if stripping the lipids from cells also removes other potential molecules of interest—such as proteins, DNA, and RNA—Gradinaru and her team collaborated with Long Cai, an assistant professor of chemistry at Caltech, and his lab. The two groups found that strands of RNA are indeed still present and can be detected with single-molecule resolution in the cells of the transparent organisms.

The Cell paper focuses on the use of PACT and PARS as research tools for studying disease and development in research organisms. However, Gradinaru and her UCLA collaborator Rajan Kulkarni, have already found a diagnostic medical application for the methods.

Using the techniques on a biopsy from a human skin tumor, the researchers were able to view the distribution of individual tumor cells within a tissue mass. In the future, Gradinaru says, the methods could be used in the clinic for the rapid detection of cancer cells in biopsy samples.

The ability to make an entire organism transparent while retaining its structural and genetic integrity has broad-ranging applications, Gradinaru says. For example, the neurons of the peripheral nervous system could be mapped throughout a whole body, as could the distribution of viruses, such as HIV, in an animal model.

Gradinaru also leads Caltech’s Beckman Institute BIONIC center for optogenetics and tissue clearing and plans to offer training sessions to researchers interested in learning how to use PACT and PARS in their own labs.

“I think these new techniques are very practical for many fields in biology,” she says. “When you can just look through an organism for the exact cells or fine axons you want to see—without slicing and realigning individual sections—it frees up the time of the researcher. That means there is more time to the answer big questions, rather than spending time on menial jobs.”

Skin cells team up to stop moles turning into melanomas

Why are bacteria all about the same size?