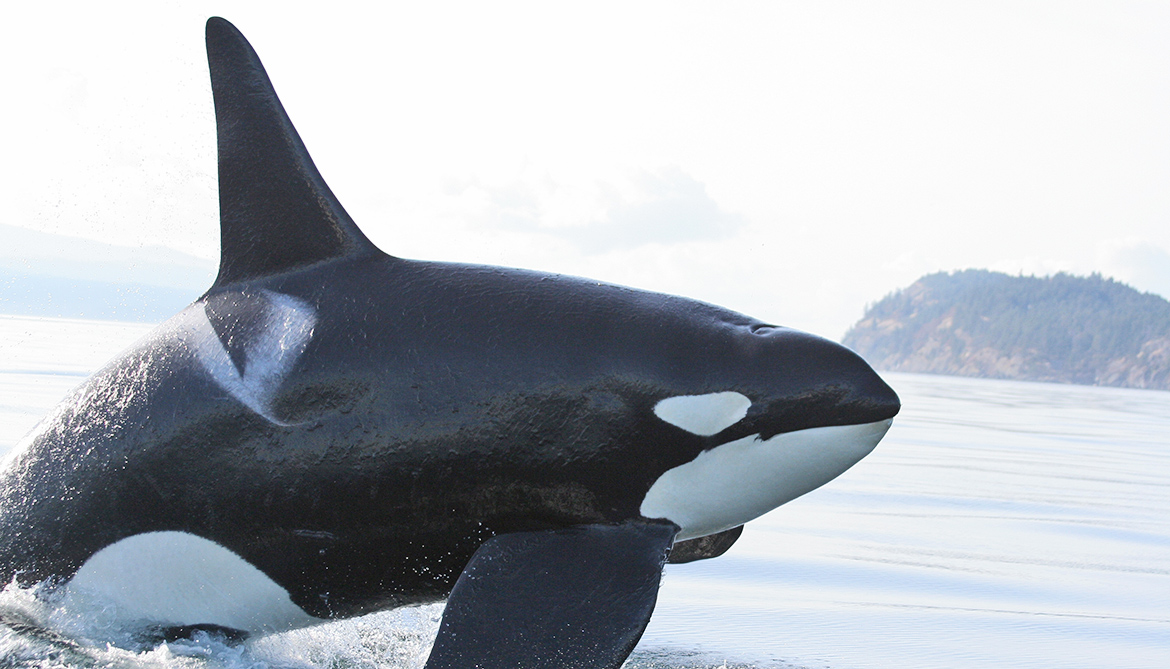 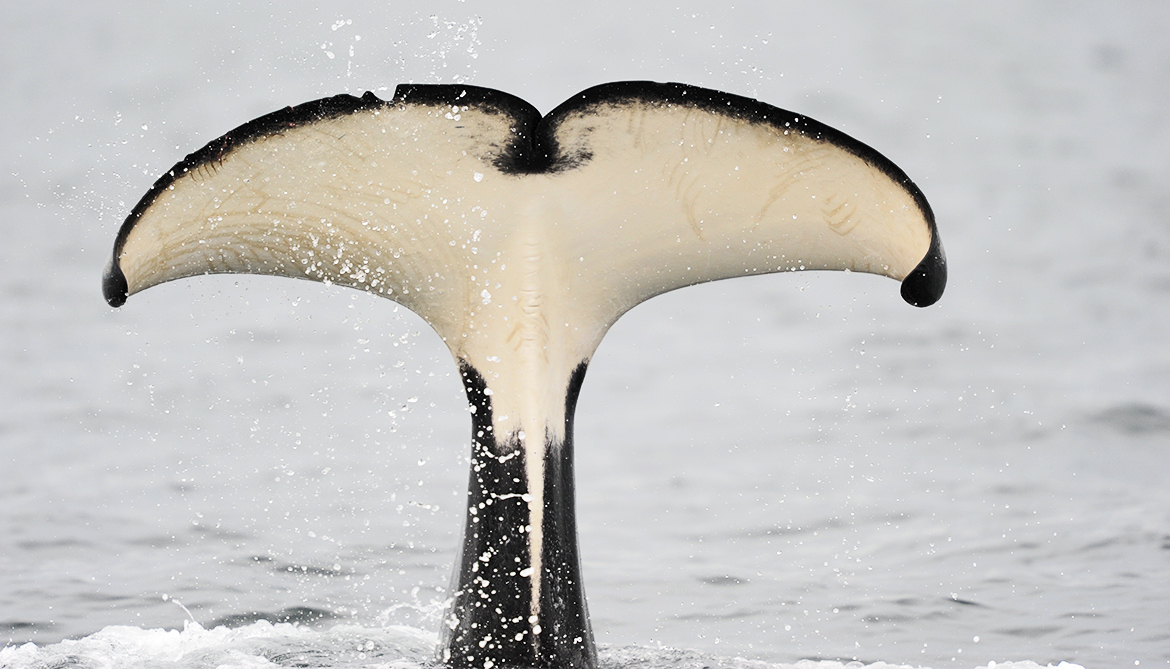 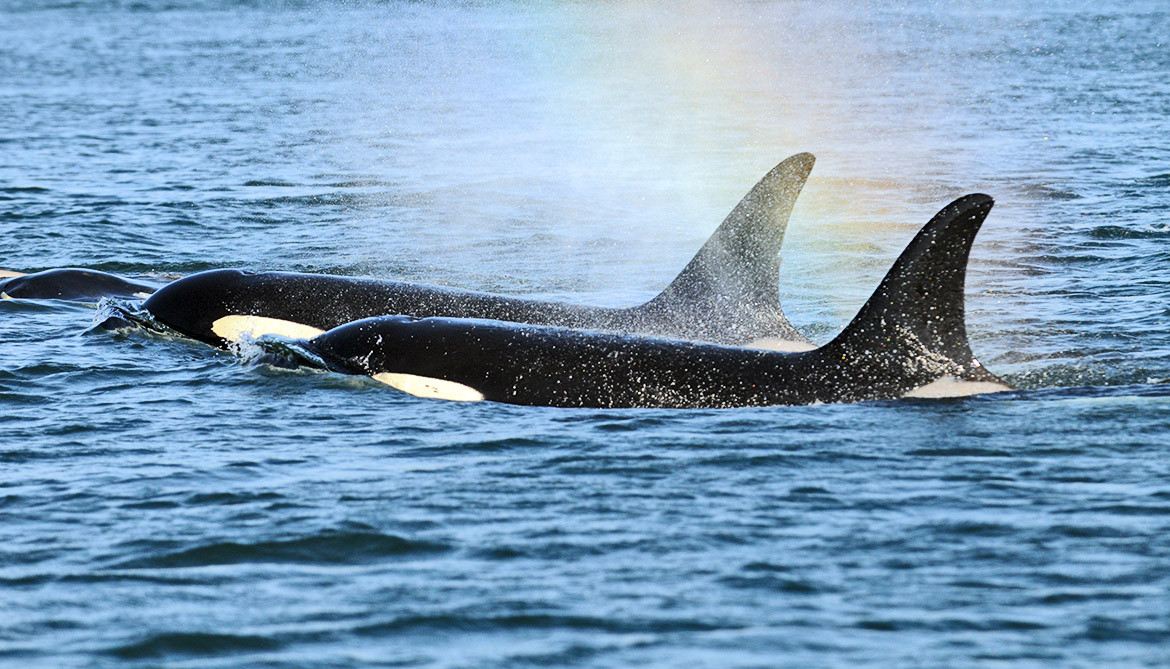 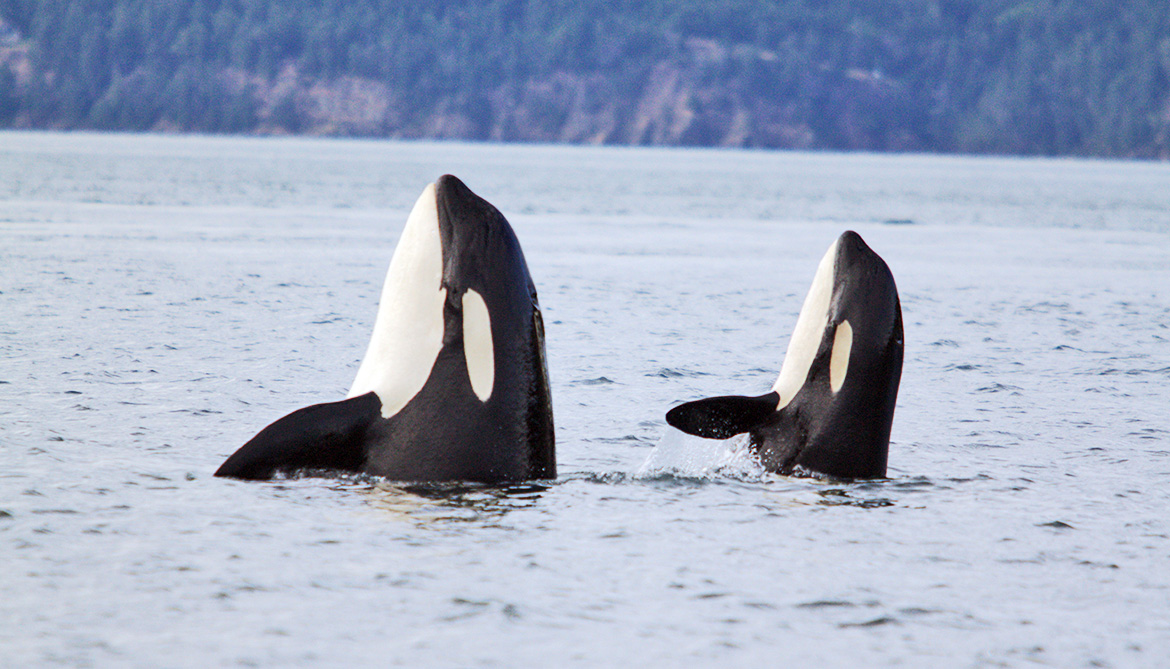 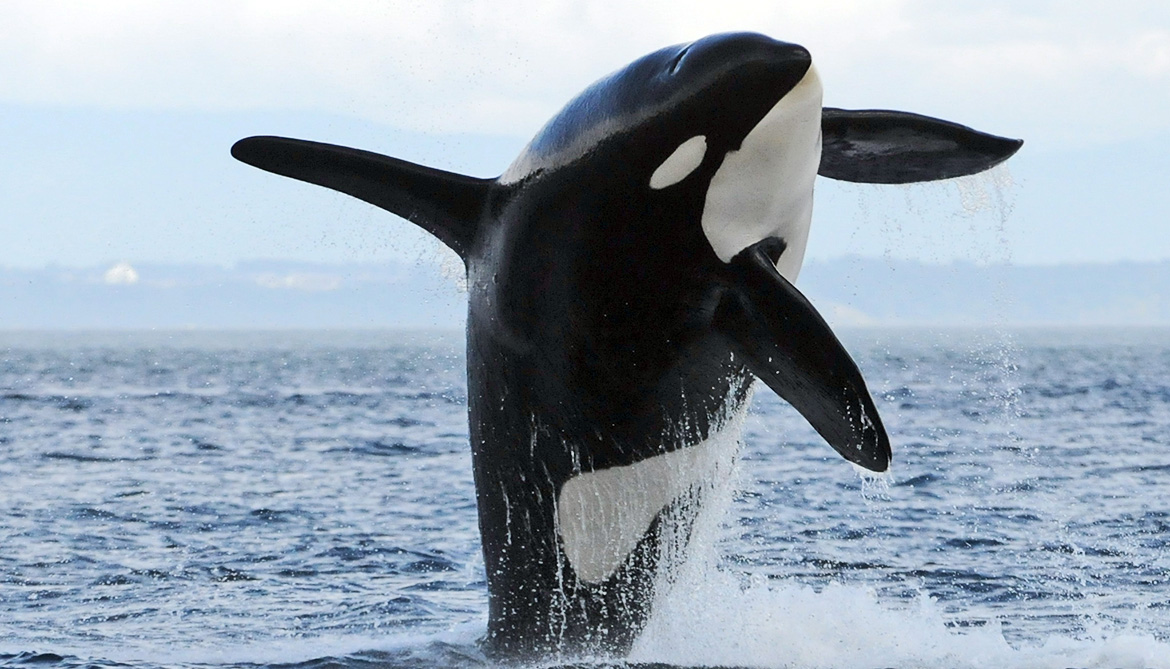 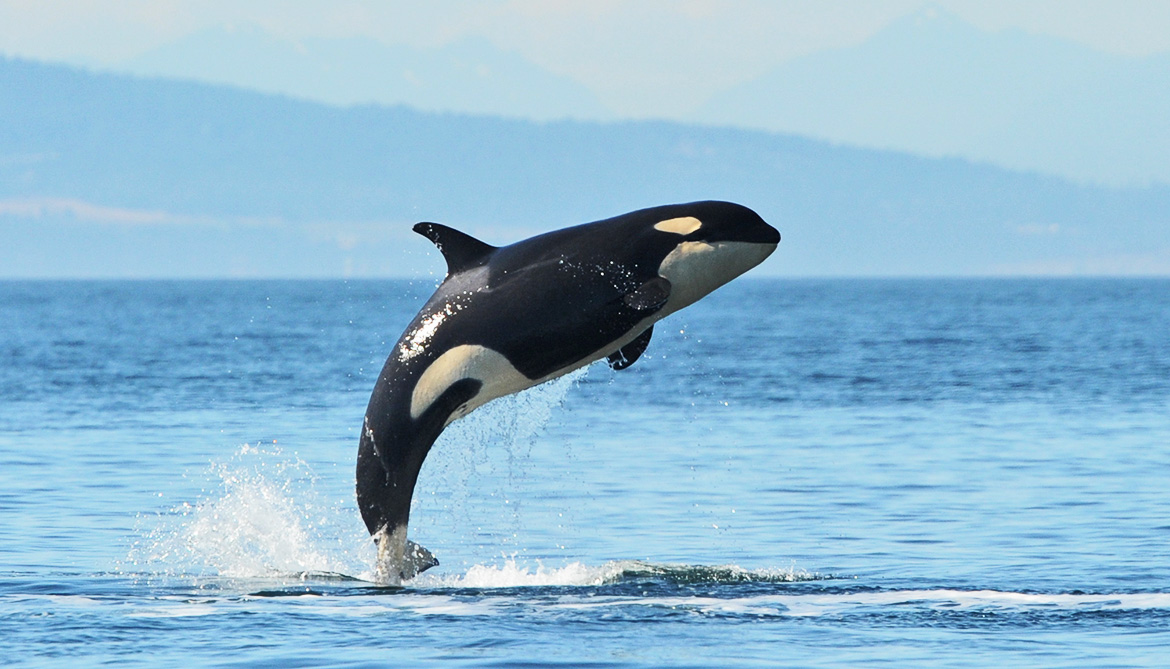 Menopause is one of nature’s greatest mysteries. Most animals die around the same time they stop reproducing.

But killer whales are one of just three species—alongside humans and another type of whale—where females continue to live for many years after giving birth to their last baby.

New research suggests that female killer whales survive after menopause because they help family members find food during hard times. The findings may explain why women continue to live long after they can no longer have children.

Female killer whales generally breed between the ages of 12 to 40 years, but can survive into their 90s.

Previous studies have shown that menopausal females greatly increase their childrens’ and grandchildrens’ chances of survival, but how old females help their relatives to survive has remained a mystery.

One leading idea is that wisdom accumulates with age and that old females store vital information about the environment they share with their relatives to help them during environmental hardships.

Researchers tested this idea by studying leadership in the southern resident killer whale (Orcinus orca) in the North Pacific Ocean, off the coast of the United States and Canada.

The findings, published in the journal Current Biology,  show that post-reproductive female killer whales act as “repositories of ecological knowledge,” leading groups when they are moving together in salmon foraging grounds.

Critically, researchers discovered that leadership by menopausal females is especially prominent in difficult years when there are fewer salmon.

Shortage of salmon is a major contributing factor to mortality in this population and so the benefits of older females knowing when and where to find salmon could be considerable.

“Killer whale mothers direct more help toward sons than daughters because sons offer greater potential benefits for her to pass on her genes,” says Daniel Franks, reader in the biology department at the University of York.

“Sons have higher reproductive potential and they mate outside the group, thus their offspring are born into another group and do not compete for resources within the mother’s matriline.

“Consistent with this, we find that males follow their mothers more closely than daughters.”

“Our results show, for the first time, that one way post-reproductive females may boost the survival of their kin is through the transfer of ecological knowledge,” says Lauren Brent, associate research professor in the psychology department at the University of Exeter.

“The value gained from the wisdom of elders can help explain why female killer whales and humans continue to live long after they have stopped reproducing.

“As humans did not develop writing for almost the entirety of our evolution, information was necessarily stored in the minds of individuals. The oldest and most experienced people were those most likely to know where and when to find food, particularly during dangerous conditions such as drought.

“The theory that menopausal women store ecological knowledge is difficult to test in modern human populations, but as non-literate and highly social animals, killer whales can provide insights into how menopause evolved in humans.”

“In humans, it has been suggested that menopause is simply an artifact of modern medicine and improved living conditions.,” says Darren Croft, associate professor of animal behavior at the the University of Exeter.

“However, mounting evidence suggests that menopause in humans is adaptive. In hunter-gatherers, one way that menopausal women help their relatives, and thus increase the transmission of their own genes, is by sharing food. Menopausal women may have also shared another key commodity—information.”

For the study, researchers used information collected over the last 35 years and made observations on a total of 102 individual killer whales. The unique dataset includes birth and death dates as well as more complex data, such as the genetic and social relationships between the different animals.

Researchers from the Center for Whale Research in the United States contributed to the study, which was funded by the Natural Environment Research Council.

This cannibal shows how selfishness evolves