Offshore platforms are not simply drawing fish away from other natural habitats but rather are producing a net overall increase in the fish population, evidence suggests. (Credit: Glenn Beltz/Flickr) 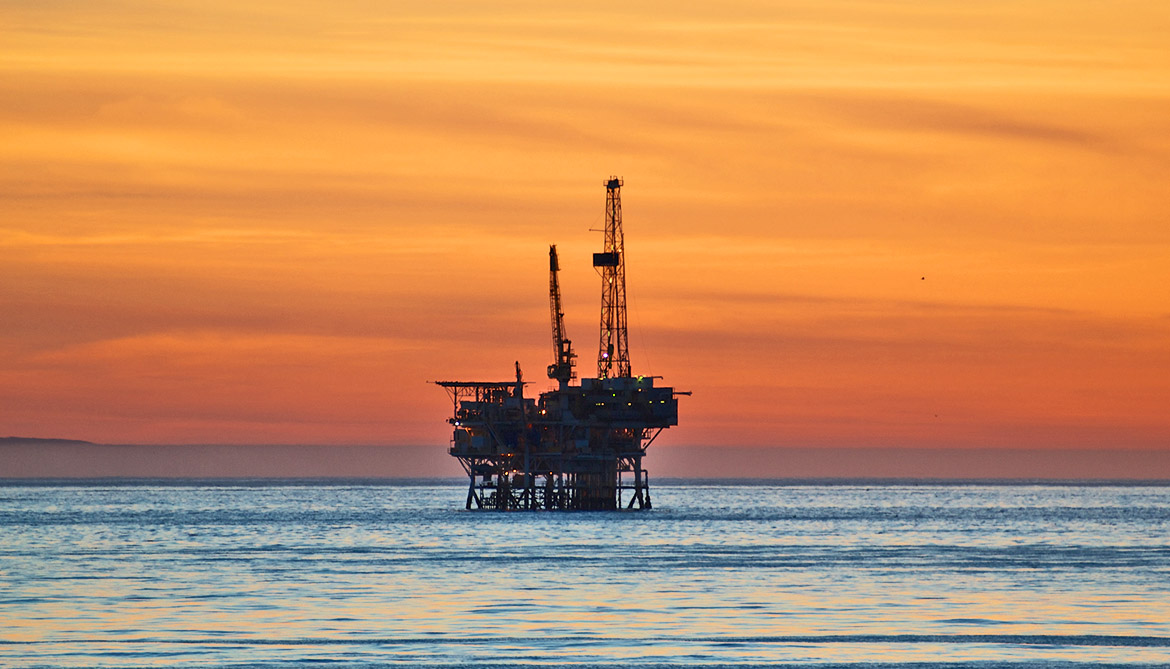 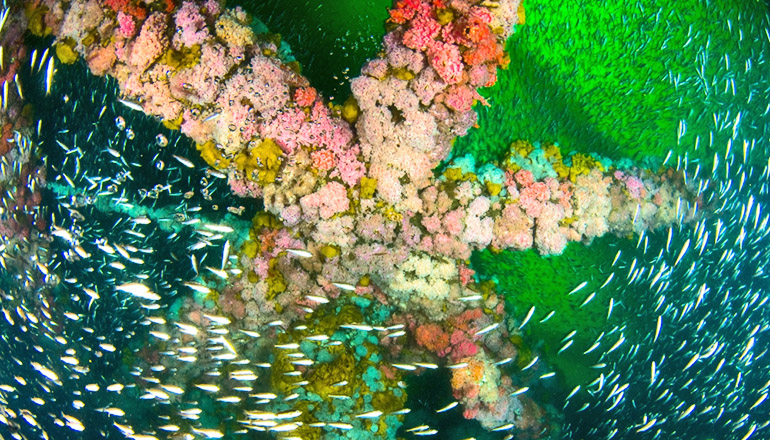 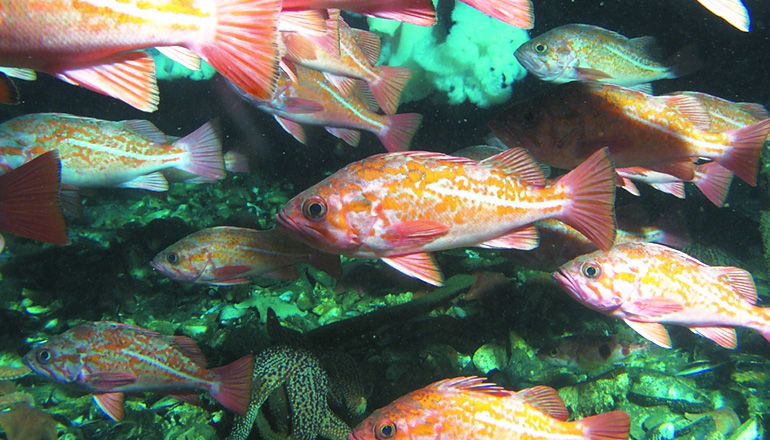 Researchers say the findings could have important policy implications for the decommissioning and construction of oil platforms, wind farms, and other offshore structures.

“Given the hundreds of thousands of fishes that sometimes live around these platforms, these results were not a complete surprise,” says Milton Love, a research biologist with the Marine Science Institute at University of California, Santa Barbara.

Love and colleagues are the first to estimate rates of production for the entire community of fishes associated with oil platforms. The researchers then compared these rates to previous research that made similar measurements in highly productive estuary, coastal lagoon, and coral reef ecosystems.

Using up to 15 years of annual visual surveys of sea life at 16 platforms from Orange County to Point Conception, the scientists developed a model to estimate fish production at each site.

They found that the oil platforms tended to produce about 10 times more fish biomass (or weight)—chiefly various species of rockfish and lingcod—than other more conventional marine habitats studied in the Pacific and North Atlantic oceans, Mediterranean and North seas, the Gulf of Mexico and the coasts of South Africa and Australia.

When compared to the fish production on natural rocky reefs at similar depths off the Southern California coast, the platforms on average produced more than 27 times as much fish.

“We were surprised by how large the numbers were relative to the research done elsewhere,” says study coauthor Jeremy Claisse, adjunct assistant professor of biology at Occidental College. “On the other hand, given the size of these structures—they range from about 150 to 650 feet tall—and the staggering numbers of fish consistently observed there, it’s not that surprising.”

Multiple lines of evidence also suggest that the offshore platforms are not simply drawing fish away from other natural habitats but rather are producing a net overall increase in the fish population.

Published in the Proceedings of the National Academy of Sciences, the the study’s results could potentially inform future decisions about the inevitable decommissioning of the world’s roughly 7,500 oil and gas platforms. Rather than the structures being completely removed, underwater portions could be left intact to provide habitat to supplement increasingly threatened fish populations on natural reefs.

“The most exciting thing for me is that this study could provide a basis to start thinking about how to modify new renewable energy-generating structures like wind farms or wave energy devices in ways more beneficial to marine conservation and fisheries,” Claisse says. “From a biological standpoint, the fish don’t know if it’s an oil platform or the bottom of a wind turbine. Complex structures can provide a lot of different kinds of habitat to various species of fish at multiple points in their life cycle.”

Next, the researchers hope to explore how individual platforms contribute to regional fish production in the Southern California Bight—the curved coastline from Point Conception to San Diego—and to better understand what makes one platform more productive than another. Such insights could then be used to create fish-friendly designs for other offshore structures.

Researchers say the current study was made possible by two factors: years of gathering data on fish populations at Southern California platforms and detailed information about the biology of the individual species present. With documented rates of growth and mortality, they were able to estimate fish populations over time, expressed as grams per square meter per year.

“Most other studies haven’t covered such an extensive time period,” Claisse says. “Having at least five and up to 15 years of data for each platform we examined was important, given how variable production rates can be year over year.”

The marine biologists deliberately sought to keep their estimates on the conservative side. For example, their calculations included only those fish found within 2 meters of the platform structure. Fish in the substantial space between structural elements were not counted.

The study was funded in part by the Bureau of Ocean Energy Management, which regulates offshore drilling, and builds on a previous project funded by the California Ocean Science Trust.