UC SANTA BARBARA (US) — A network of high-frequency radar systems is keeping track of 1,500 miles of Pacific shoreline—from Astoria, Washington, to Tijuana, Mexico.

“We’re using the array to study coastal circulation of the ocean,” says Libe Washburn, oceanographer and professor of geography at University of California, Santa Barbara. “It allows us to see how the water is moving within about a hundred miles of the coastline.

“Many scientific projects have benefitted from the data. A lot of the work I do relies on the data to interpret other types of observations that we have. Data from the systems are also used by oil spill responders, and the Coast Guard uses it in their search and rescue operations.”

UC Santa Barbara is part of the multi-institution research consortium that created the radar network, which has grown over the last decade from a few radar antennas to what is now considered the largest network of its kind in the world.

The network is detailed in a new study in the Journal of Geophysical Research—Oceans.

Each of the 78 sites has transmit and receive antennas. Returned signals show speed and direction of currents over large areas of the ocean’s surface. “It’s very low-power transmission, no more than 50 watts and much less than commercial broadcasts,” Washburn says.

“This radar network provides the detailed coastal surface circulation and ocean dynamics at a resolution—kilometers in space and hourly in time—never before resolved,” says Sung Yong Kim, a postdoctoral researcher at University of California, San Diego, and lead author of the scientific publication.

“We are looking at all of the physical processes, like the wind and the tides, wave phenomena, and eddies, that cause the ocean to circulate,” says Washburn.

“There are a lot of processes that are much stronger in the coastal ocean than in the open ocean. There is a broad range of subtle wave phenomena, and we think they are important for regulating certain ecological processes. That’s one of the things we are aiming to learn—how these waves work and what their ecological consequences might be.”

The network allows researchers to observe coastal trapped waves—waves that travel along the coast and can last for periods of several days to a few weeks––unlike the more familiar wind waves and ocean swells which have periods of about seven to 20 seconds caused by wind and come from as far south as Baja California.

The researchers performed a multi-year synthesis of surface current observations, provided through a centralized data center designed and operated by Scripps in support of NOAA’s Integrated Ocean Observing System.

Scientists have known for years that currents at the ocean’s surface are governed by a complex combination of factors including coastal tides, winds, Earth’s rotation, synoptic ocean signals, and interactions of these forces. However, the relative contributions of these drivers are very location-specific and difficult to predict. 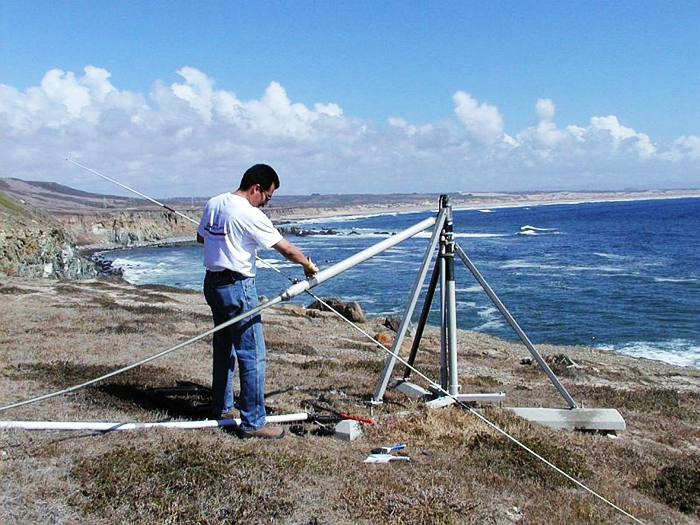 We save coral reefs and then sea stars eat them