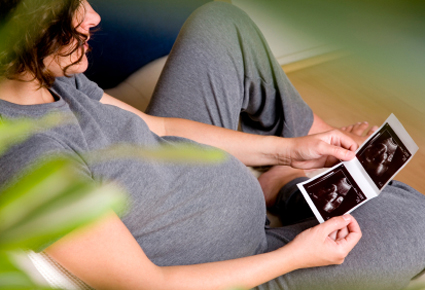 Irva Hertz-Picciotto, professor of public health sciences, a researcher at the UC Davis MIND Institute and the study’s senior author, says the reason that having an older parent places a child at risk for autism is not known. “We still need to figure out what it is about older parents that puts their children at greater risk for autism and other adverse outcomes, so that we can begin to design interventions,” Hertz-Picciotto says.

UC DAVIS (US)—Advanced maternal age is linked to a significantly elevated risk of having a child with autism, regardless of the father’s age, according to a new study.

Paternal age is a factor only when the father is older and the mother is younger than 30.

Researchers at the University of California, Davis, looked at all births in California during the 1990s and found that the incremental risk of having a child with autism increased by 18 percent—nearly one fifth—for every five-year increase in the mother’s age.

A 40-year-old woman’s risk of having a child later diagnosed with autism was 50 percent greater than that of a woman between 25 and 29 years old.

“This study challenges a current theory in autism epidemiology that identifies the father’s age as a key factor in increasing the risk of having a child with autism,” says Janie Shelton, the study’s lead author and a doctoral student in the Department of Public Health Sciences.

Published online in the February issue of the journal Autism Research, the study is one of the largest population-based studies to quantify how each parent’s age—separately and together—affects the risk of having a child with autism.

Autism is a pervasive developmental disorder of deficits in social skills and communication, as well as repetitive and restricted behaviors, with onset occurring prior to age 3.

Abnormal brain development, probably beginning in the womb, is known to be fundamental to the behaviors that characterize autism. Current estimates place the incidence of autism at between 1 in 100 and 1 in 110 children in the United States. During the 1990s, the number of California women over 40 giving birth increased by more than 300 percent.

But only about 5 percent of the 600-percent increase in the number of autism cases in the state can be attributed to women waiting longer to have children, the study suggests.

To conduct their investigation, the researchers obtained the electronic records for all births in California between Jan. 1, 1990 and Dec. 31, 1999. The records incorporated detailed demographic information, including the ages of both parents.

To identify which children would develop autism, the researchers obtained electronic records identifying children born during the study period who later received an autism diagnosis from the state Department of Developmental Services. In this study autism was defined as a diagnosis of full-syndrome autism at a California Regional Center.

The researchers also excluded a small number of births where demographic information about parents, such as their ages and levels of education, was not available. Instances of multiple births were analyzed separately.

The exclusions brought the total size of the study sample to approximately 4.9 million births and 12,159 cases of autism.

For older mothers, the step-wise progression in the risk of having a child who later would be diagnosed with autism was apparent among every age group of fathers. When the father was older and the mother was younger than 30, the child’s risk for developing autism also was elevated.

For example, among births to mothers younger than 25, children fathered by a man older than 40 were twice as likely to develop autism as those whose father was between 25 and 29.

Among mothers older than 30, the increased risk associated with older fathers dissipated, the study found.

Because of the large study size, the researchers were able to show how risk for autism was affected by each parent’s age by holding one parent’s age constant and then comparing autism incidence across the age of the other parent across five-year increments.

The subtle interaction of how each parent’s age affects the risk of autism then became quantifiable even when it was reliant on the other parent’s age.

This methodology is more efficacious and requires fewer assumptions than the mathematical modeling used by earlier studies.

Understanding the relationship between increased parental age and autism risk is critical to understanding its biological causes.

Earlier studies have observed that advanced maternal age is a risk factor for a variety of other birth-related conditions, including infertility, early fetal loss, low birth-weight, chromosomal aberrations, and congenital anomalies.

Irva Hertz-Picciotto, professor of public health sciences, a researcher at the UC Davis MIND Institute and the study’s senior author, says the reason that having an older parent places a child at risk for autism is not known.

“We still need to figure out what it is about older parents that puts their children at greater risk for autism and other adverse outcomes, so that we can begin to design interventions,” Hertz-Picciotto says.

One possible clue comes from a 2008 UC Davis study that found some mothers of children with autism had antibodies to fetal brain protein, while none of the mothers of typical children did.

Advancing age has been associated with an increase in autoantibody production. Further work investigating advancing age in such findings may be useful. Some persistent environmental chemicals accumulate in the body and also may have a role to play in autism, possibly contributing to the apparent effect of parental age.

Also, epigenetic changes over time “may enable an older parent to transfer a multitude of molecular functional alterations to a child … thus epigenetics may be involved in the risks contributed by advancing parental age as a result of changes induced by stresses from environmental chemicals, co-morbidity or assistive reproductive therapy.”

The study was funded by a grant from the National Institute of Environmental Health Sciences; a United States Environmental Protection Agency Science to Achieve Results (STAR) grant; the UC Davis School of Medicine and Office of Graduate Studies.

Americans’ odds of getting pregnant may peak in late fall

Kids with autism tend to visit doctor more before 1