A pebble tool with a bifacially knapped and retouched edge. The stone, called serpentine, is not a local material but likely comes from the coastal cordillera west of Monte Verde. It was found at the older site, MVI, and was made 17,000-19,000 years ago. (Credit: courtesy of Tom Dillehay via Dillehay et al. PLOS ONE) 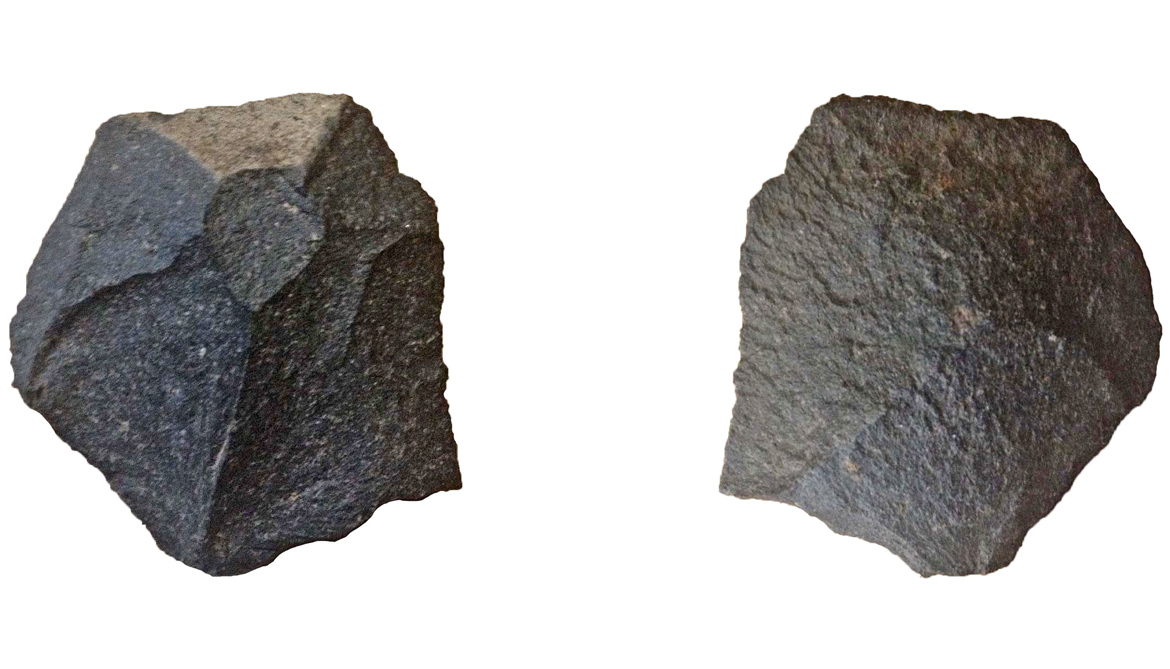 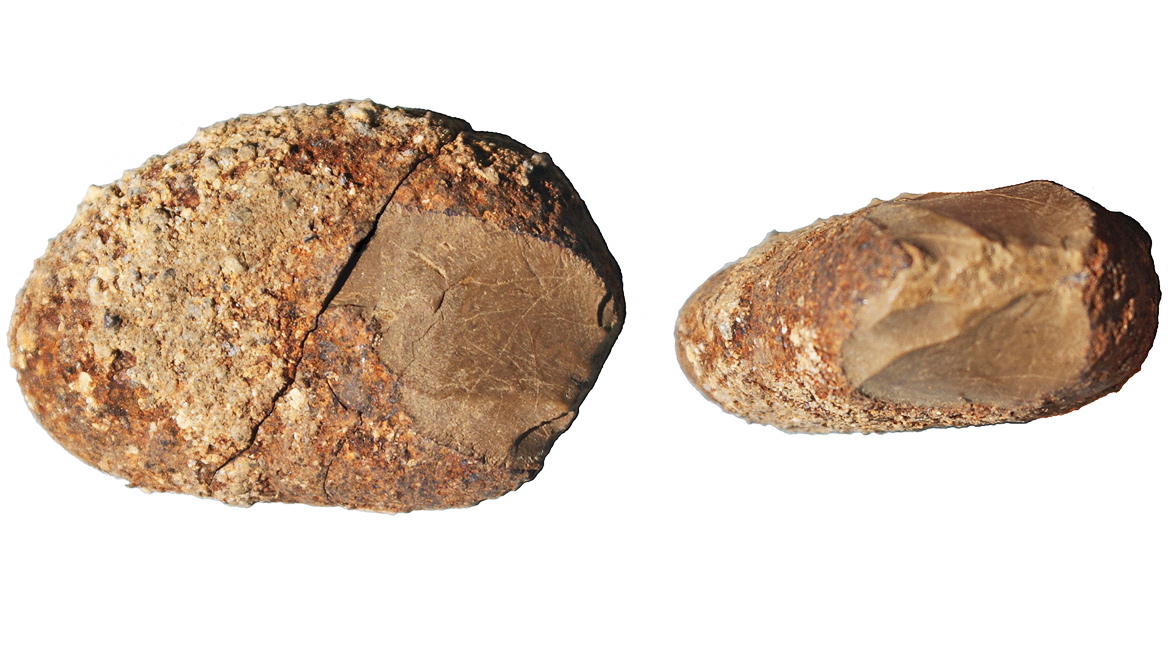 Until about 40 years ago, the prevailing understanding was that the Americas first began to be populated 13,000 years ago by big-game hunters from Asia who used a distinctive type of fluted stone projectile point called Clovis points.

The work at the Monte Verde site, however, has uncovered new scientific evidence of a small human settlement using a different stone tool technology that predated the Clovis people by about 1,500 years at a site called MVII. Researchers also uncovered possible, though not conclusive, evidence of a much earlier human presence at a nearby site called MVI.

Subsequent excavations at sites in both North and South America have also yielded evidence supporting this earlier human migration through the Americas.

For the new study, published in PLOS ONE, researchers explored key areas around MVI and MVII. Though it was not intended to be a comprehensive reexamination of the site, their findings did yield new insights. “We began to find what appeared to be small features—little heating pits, cooking pits associated with burned and unburned bone, and some stone tools scattered very widely across an area about 500 meters long by about 30 or 40 meters wide,” says Tom Dillehay, professor of anthropology at Vanderbilt University.

The stone tools were similar to what researchers had previously found at Monte Verde. Many were simple unifacial tools—meaning they were worked on only one side of the stone, to create a sharp edge—though some of the younger tools and projectile points indicate bifacial technologies.

“One of the curious things about it that is that unlike what we found before, a significant percentage, about 34 percent, were from non-local materials. Most of them probably come from the coast but some of them probably come from the Andes and maybe even the other side of the Andes,” Dillehay says. Prior research had revealed evidence of Andean plants in the area, providing further support for a highly mobile population.

The team recovered a total of 39 stone objects and 12 small fire pits associated with bones and some edible plant remains, including nuts and grasses. The bones tended to be small fragments, broken, and scorched, indicating that the animals had been cooked. They often came from very large animals, like prehistoric llamas or mastodons, as well as smaller creatures like prehistoric deer and horses.

The Monte Verde site was unlikely to have been able to support the kind of vegetation that those animals needed to eat, so they were likely killed and butchered elsewhere. The objects were radiocarbon dated and most were found to range in age from more than 14,000 to almost 19,000 years old.

Where were they headed?

The wide scattering suggests that the people who created these features were nomadic hunter-gatherers who might have camped for only a night or two before moving on. “Where they’re going, we don’t know, and where they’re coming from, we don’t know, but this would have been a passageway from the coast to the foothills of the Andes,” Dillehay says, adding they may have come through Monte Verde because the terrain was more walkable than the surrounding bogs and wetlands, and because it provided access to stone to make tools.

During this visit to the site, researches hoped to better understand the geological and environmental context of the area. At the end of the last ice age, Monte Verde was a sandur plain—a runoff area situated about six kilometers away from a glacier, crisscrossed by a network of shallow streams and brooks fed by rain washing off the glacier, as well as melting snow. It was also a time marked by volcanic activity and a gradually warming climate, as the last glaciers began to retreat.

“It appears that these people were there in the summer months,” Dillehay says. “Each one of these [burned] features and the bones and stones associated with them is embedded in thin, oxidized tephra”—a type of geological layer formed by airborne ash particles from nearby volcanoes that only form in rainy, warmer temperatures. But though the glaciers had begun to retreat by 19,000 to 17,000 years ago, it was still an extremely challenging environment.

“We’re looking at people living in some really cold, harsh areas, even in the summer months,” Dillehay says. Only later, around 15,000 years ago, did the climate warm enough to support the kind of longer-term settlement found at MVII.

Put together, the findings support the paradigm shift toward an earlier peopling of the Americas, although questions inevitably remain about how the hemisphere was settled. It also underscores the importance of long-term interdisciplinary research, Dillehay says.

“We now realize that the geology and the climate and the archaeology are much more complex than we ever calculated,” says Dillehay.