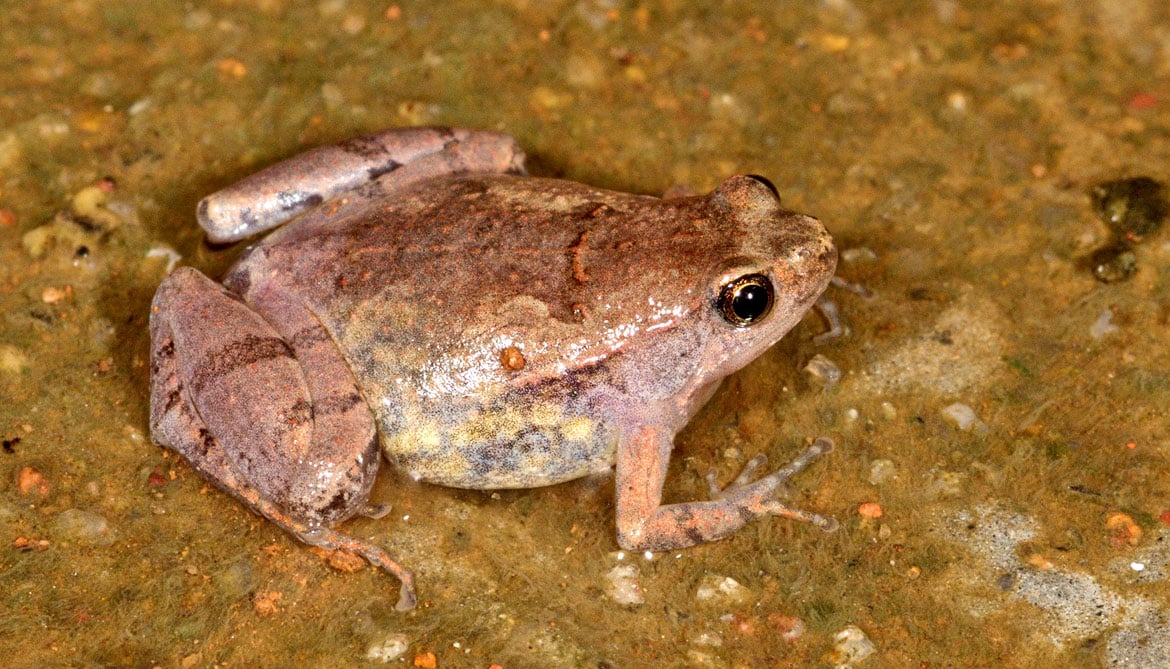 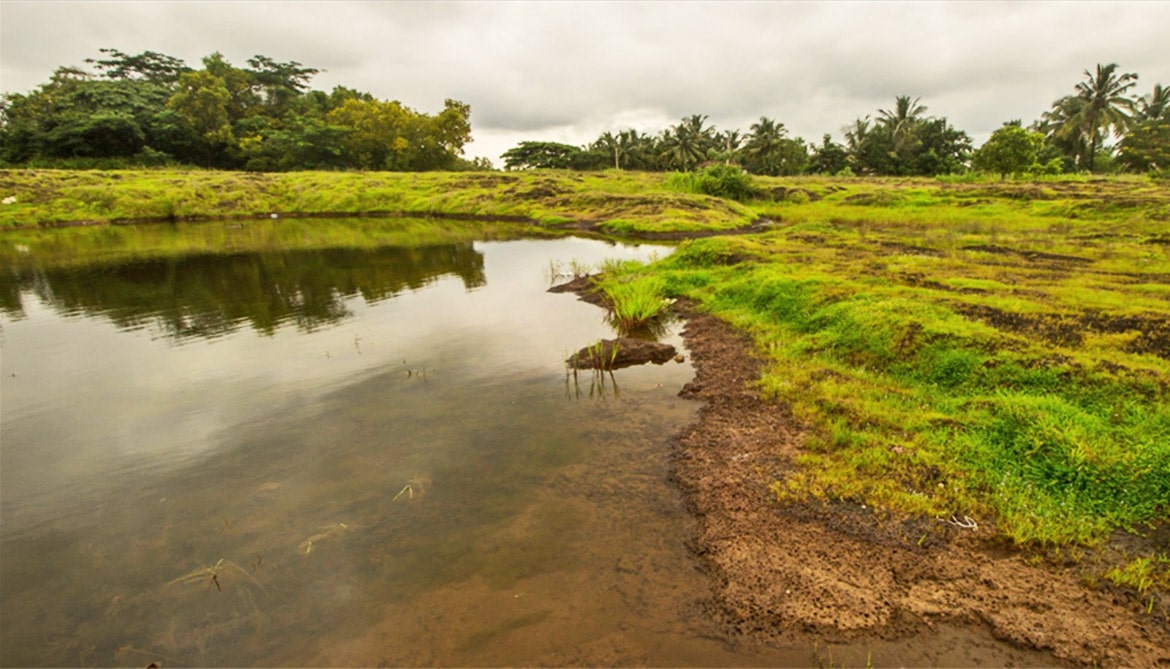 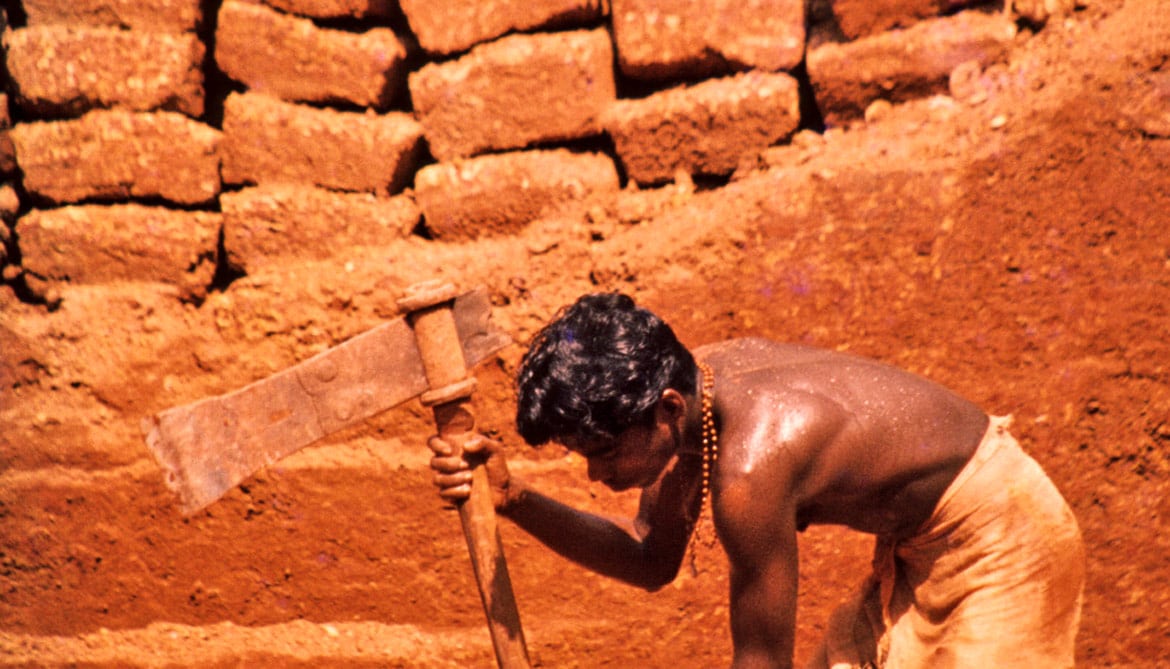 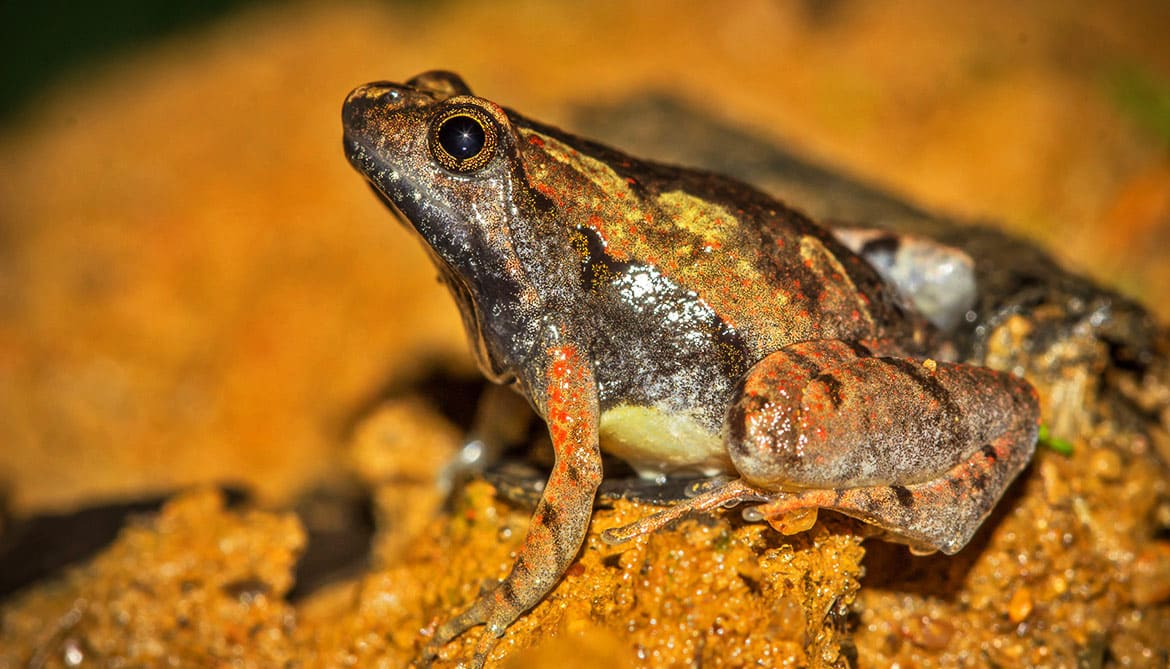 Researchers have discovered a new species of narrow-mouthed frog that’s only the size of a thumbnail.

They named the frog Microhyla laterite after its natural habitat, the laterite rock formations of India’s coastal plains.

Laterite rock formations are prominent landscape features in the coastal plains of southwest India. Generally rocky areas, they are usually devoid of trees and other vegetation, and are therefore classified as wastelands. These areas are often used for dumping activities and are heavily mined for bricks.

While conducting field surveys as a part of a citizen science initiative called “My laterite, My habitat,” independent researcher and study coauthor Ramit Singal spotted the frog in laterite habitats in and around the coastal town of Manipal, Udupi District, Karnataka State, India. He brought it to the attention of K S Seshadri, a PhD student in the biological sciences department at the National University of Singapore, who worked with colleagues to describe the frog.

The frog is pale brown with prominent black markings on its dorsum, feet, and flanks. Its call sounds similar to a cricket’s.

The research team suggests that “Laterite narrow-mouthed frog” serve as the common name, as frogs in the Microhyla genus have a smaller mouth compared to other frogs.

“By naming the frog after its habitat, we hope to draw attention to the endangered rock formations that are of ecological importance. M. laterite can potentially be used as a mascot to change peoples’ perception about laterite areas,” says Seshadri, lead author of the paper in PLOS ONE.

To ensure the validity of the frog as a new species, Seshadri and his team members studied the genes, body structure, coloration, and vocalizations of four individual frogs. They also compared the results with data of closely related species.

“One could easily confuse this frog with other species like Microhyla ornata which is thought to occur all over India. However, it was evident from analyzing the genes that M. laterite is a distinct species, and is closely related to M. sholigari, which is found only in the Western Ghats,” says coauthor Priti Hebbar, who is studying the effects of forest fragmentation on frogs in India for her PhD.

“All three species are small and similar in appearance and only a critical examination would reveal the differences,” she adds.

[Why frogs around the world are oddly alike]

Based on preliminary assessments, the research team suggests M. laterite be classified as endangered under the guidelines of the International Union for Conservation of Nature’s Red List, because the geographic range of the frog is narrow, within an area of roughly 90 square miles in southwest India.

“In spite of its geological heritage, laterite areas in India receive very little protection from any legislation. Given the threats these fragile habitats are facing, there is a strong imperative to conserve them,” says Ramit.

Since M. laterite appears to be restricted to laterite rock formations along the west coast, the researchers intend to conduct further research to determine the evolutionary ecology of the frog, and to test for an association with laterite formations.

“How amphibians persist outside protected areas is not known. This critically endangered frog can be used as a basis for declaring its native laterite habitats as ‘conservation reserves’ or ‘biological heritage areas’ under existing legislations in India, allowing us to further our knowledge and understanding of amphibians,” says Seshadri.