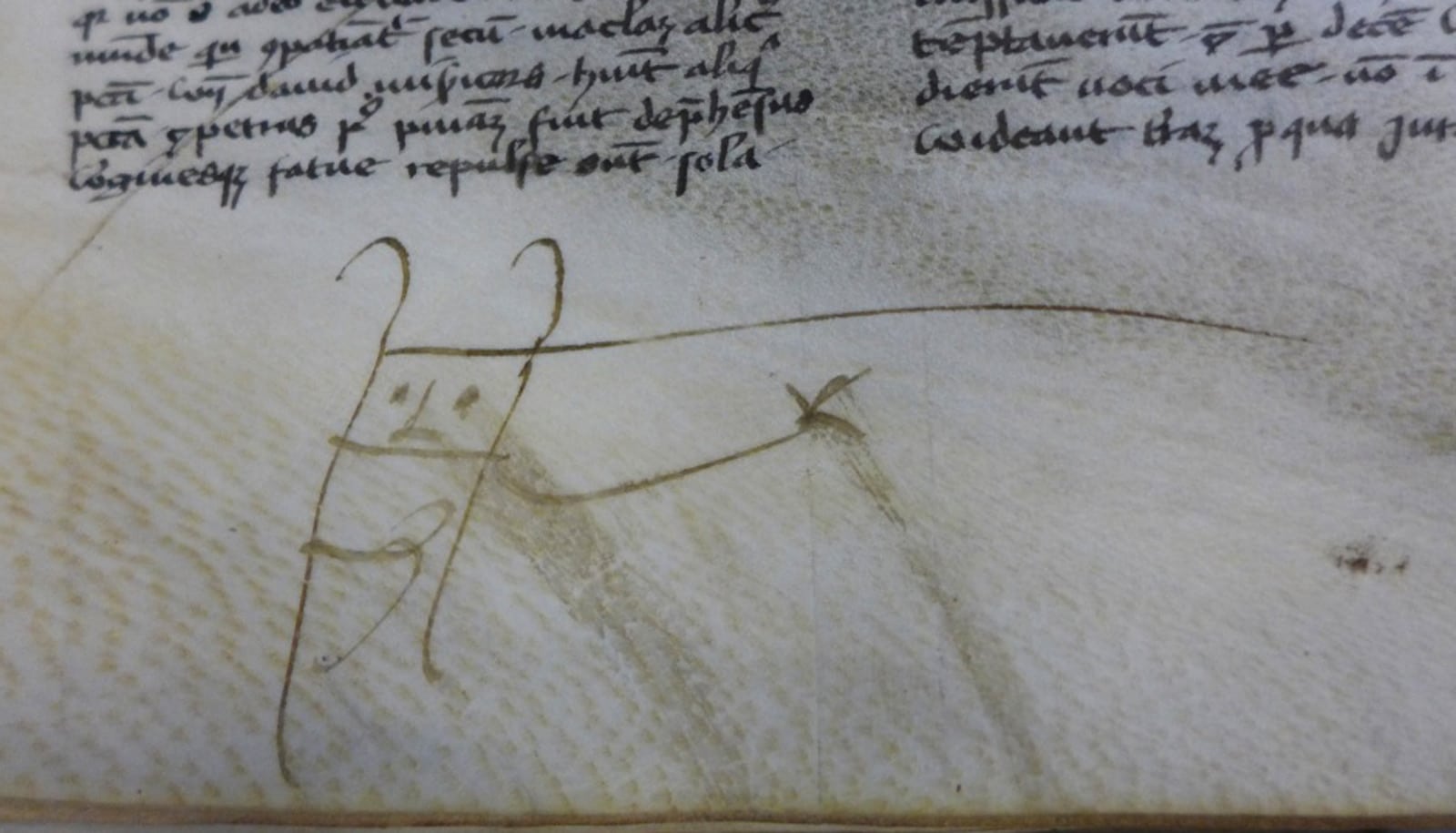 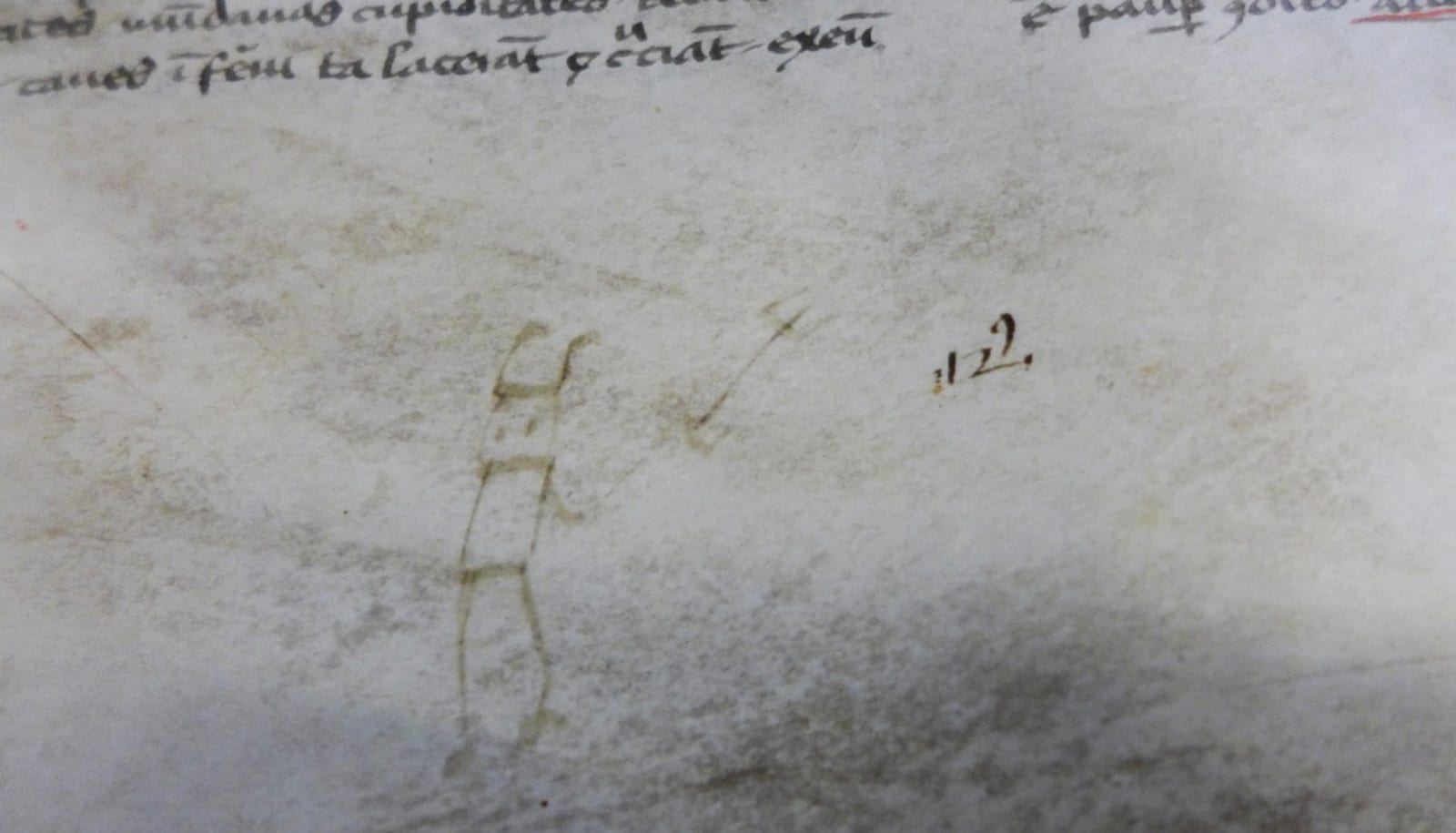 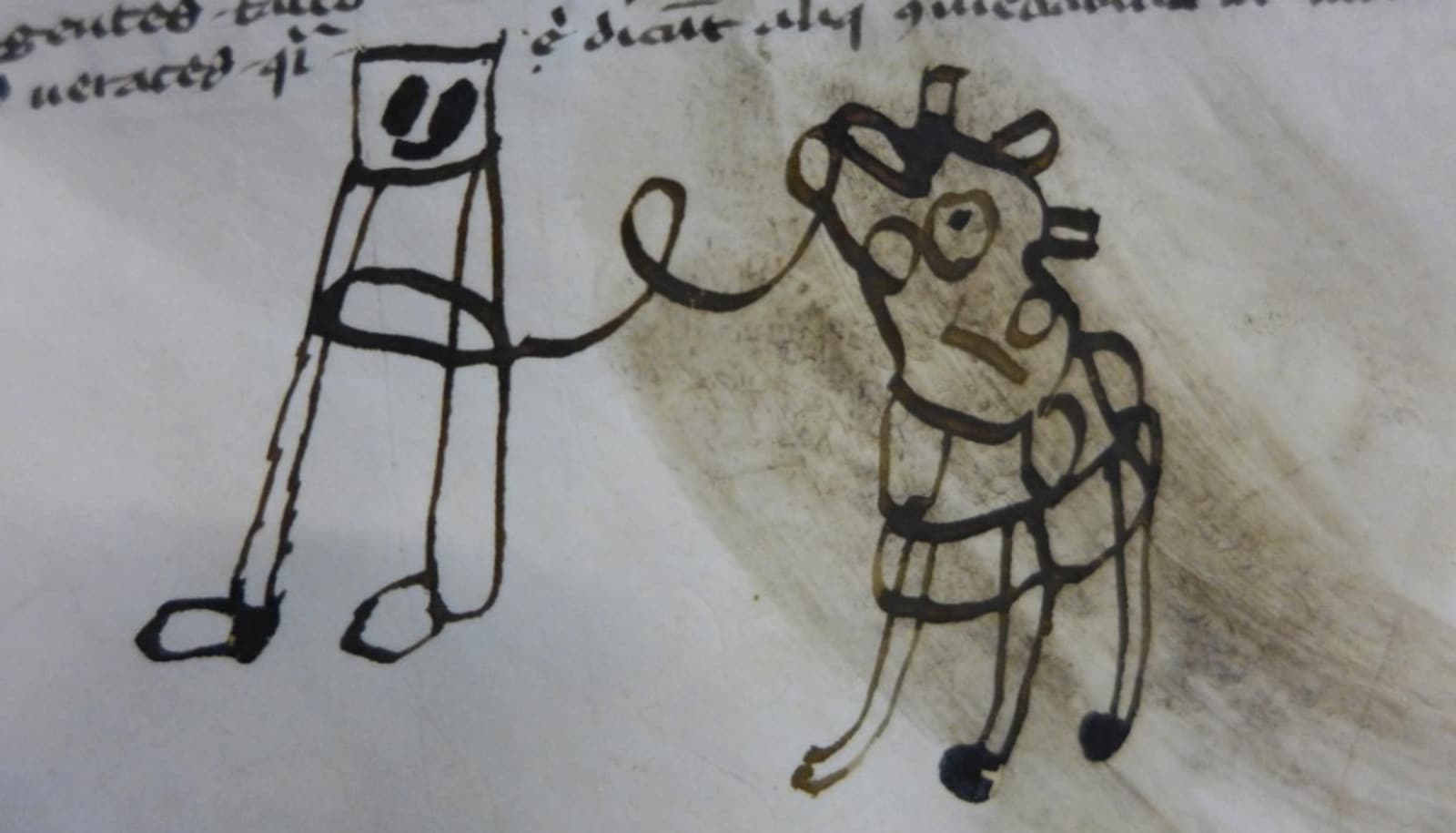 Children probably made the doodles found in the margins of a medieval book that originally came from a Franciscan convent in Naples, historians say.

The drawings, of a horse or cow, a human figure, and possible images of the devil, appear to have been drawn a couple of centuries after the book was printed.

Deborah Thorpe, a research fellow at the University of York’s Centre for Chronic Diseases and Disorders, came across the drawings by chance while carrying out research on a separate project.

“I was looking through a database of medieval manuscripts online and I found images of these beautiful doodles in the margins and to me they looked like they were done by children. I thought ‘this is really interesting, has anyone written anything about this?'”

“The psychologists came up with a set of criteria for why we could say they were the work of children, for example the elongated shapes, the really long legs, and the lack of a torso, the focus on the head. These are the things that are most important to children. If you compare them with the doodles that children make today they are really similar. It was just a case of detective work really.”

“There are later examples of other historical children’s drawings, but this is the first time I think that children’s drawings in medieval books have been classified as the work of children using a set of psychological criteria. It is striking evidence of interactions between children and books in the medieval period.

“It shows how children back then enjoyed playing and learning, expressing themselves, and allowing their imagination to take off, just like today’s children. Perhaps they were allowed to do it or perhaps they weren’t, it adds another human dimension to a fascinating story.”

Does Warhol’s image of Prince count as fair use?

Formula pins down what gets people in the ‘flow’