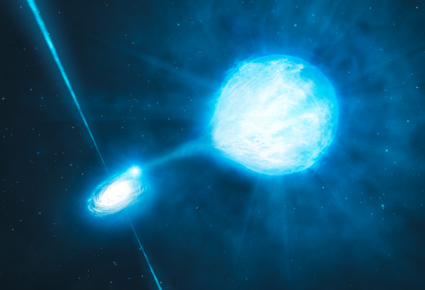 Astronomers from the University of Sheffield discovered the black hole in the spiral galaxy NGC 300, about six million light years away from the Sun using the European Southern Observatory’s Very Large Telescope (VLT). The team will publish their findings about this intriguing system in the journal Monthly Notices of the Royal Astronomical Society.

The stellar-mass black holes found in the Milky Way weigh up to 10 times the mass of the Sun and are certainly not be taken lightly, but, outside our own galaxy, they may be just minor-league players, since astronomers have found another black hole with a mass over 15 times that of the Sun. This is one of only three such objects found so far. 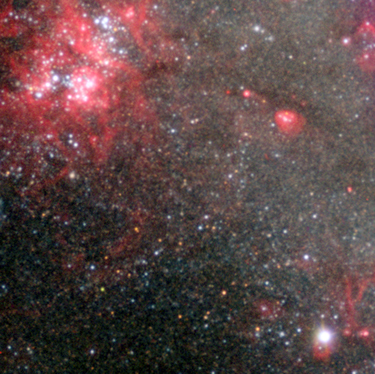 “This is the most distant stellar-mass black hole ever weighed, and it’s the first one we’ve seen outside our own galactic neighborhood, the Local Group,” says lead author Paul Crowther, professor of astrophysics.

The black hole’s curious partner is a Wolf–Rayet star, which also has a mass of about twenty times as much as the Sun. Wolf–Rayet stars are near the end of their lives and expel most of their outer layers into their surroundings before exploding as supernovae, with their cores imploding to form black holes. 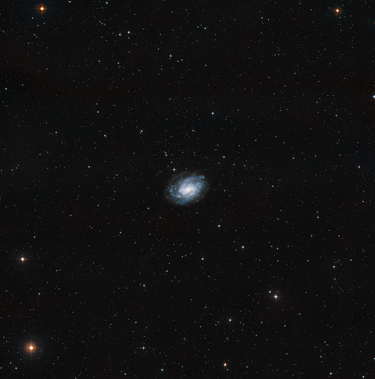 Only one other system of this type has previously been seen, but other systems comprising a black hole and a companion star are not unknown to astronomers. Based on these systems, the astronomers see a connection between black hole mass and galactic chemistry.

Astronomers believe that a higher concentration of heavy chemical elements influences how a massive star evolves, increasing how much matter it sheds, resulting in a smaller black hole when the remnant finally collapses.

In less than a million years, it will be the Wolf–Rayet star’s turn to go supernova and become a black hole.

Crowther notes: “If the system survives this second explosion, the two black holes will merge, emitting copious amounts of energy in the form of gravitational waves as they combine. It will take some few billion years until the actual merger, far longer than human timescales. Our study does however show that such systems might exist, and those that have already evolved into a binary black hole might be detected by probes of gravitational waves, such as LIGO or Virgo.”

Black hole collisions may clarify how fast the universe is expanding