Though the species of black widow in the study is not generally cannibalistic, Maydianne Andrade explains that, "it's important to remember that when a female eats a lot of prey, she's less likely to eat a potential mate." Above, a male black widow spider. (Credit: Ken Jones/U. Toronto) 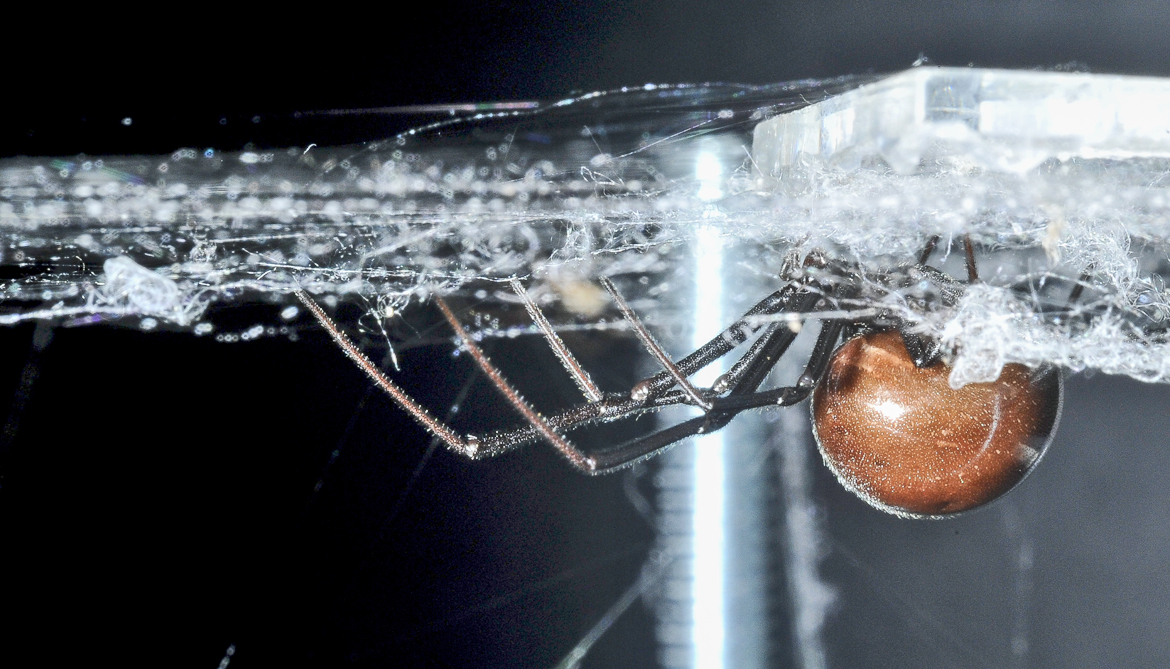 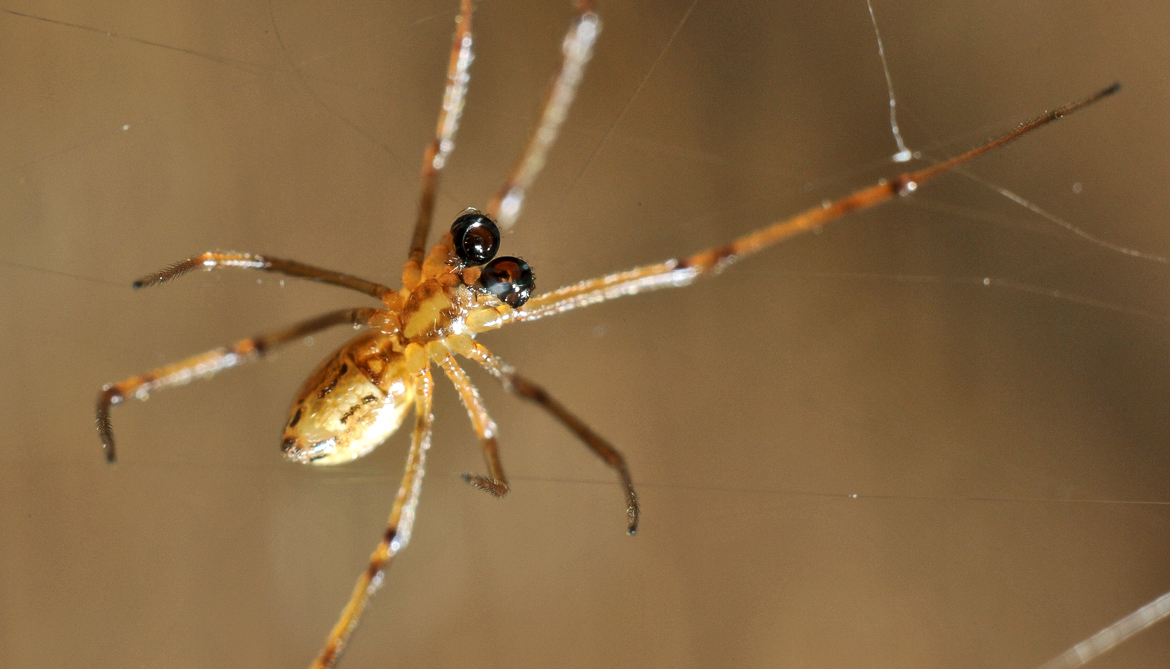 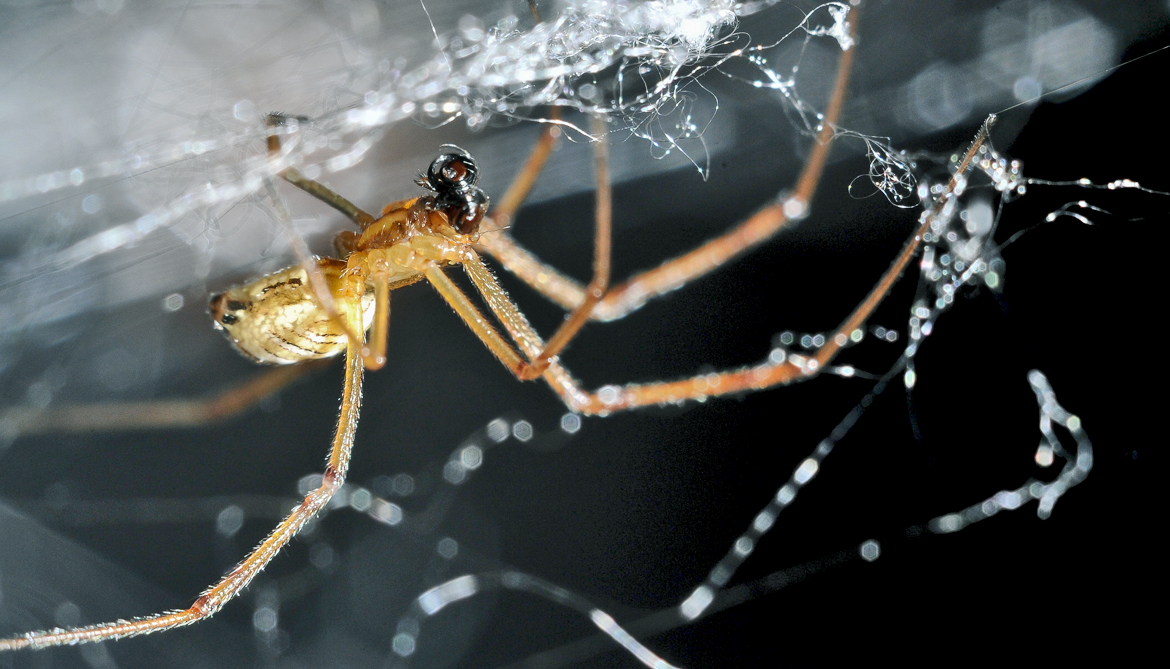 In both controlled field studies and the wild, a new study shows that males overwhelmingly chose to mate with well-fed, unmated females.

The researchers also find that male black widows can tell whether a potential mate is well-fed and unmated by pheromones released by females. The study is published in the journal Animal Behaviour.

“This near unanimous preference by males for well-fed mates using only phermonal cues has not been documented in any other spider species,” says study coauthor Emily MacLeod, a post-doc at the University of Toronto, Scarborough. “These are not visual or auditory cues they are picking up but smells they are sensing, often from far away.”

Macleod says the reason males show a strong preference for females who smell like they’ve eaten a lot is that mating with a fatter female may result in more offspring than with less well-fed females.

“Females who have been able to eat a lot and obtain a lot of food resources can transfer those resources into egg production,” says MacLeod. “It’s not just that they are healthier but that they are more fertile because they can produce more egg sacks.”

A simple matter of survival

“It’s important to remember that when a female eats a lot of prey, she’s less likely to eat a potential mate,” says coauthor Maydianne Andrade, a professor in the department of biological sciences.

The study focused on Latrodectus hesperus, a species of black widow native to western North America including parts of Canada. These black widows are not generally cannibalistic but males are much smaller than females, meaning if a female is hungry her drive to feed will be greater than her drive to reproduce.

“If you have this little food item dancing on a web you may as well eat it if you don’t have energy to produce eggs,” explains MacLeod.

The existence of male choice in nature is unusual because of the costs associated with being picky. In a lab environment male spiders can afford to be choosy, but in nature there are risks in spending time, energy, and resources finding a mate, says Andrade.

The study also shows there may be more involved to mating preference than a mere matter of what’s available. “It shows that males aren’t just promiscuous sperm packages—in fact they can go to great lengths to exercise choice in a mate,” says MacLeod.