CALTECH (US) — One of science’s greatest mysteries is how and when the process responsible for producing oxygen on Earth through the splitting of water molecules first began.

Now, a team led by geobiologists at the California Institute of Technology (Caltech) has found evidence of a precursor photosystem involving manganese that predates cyanobacteria, the first group of organisms to release oxygen into the environment via photosynthesis. 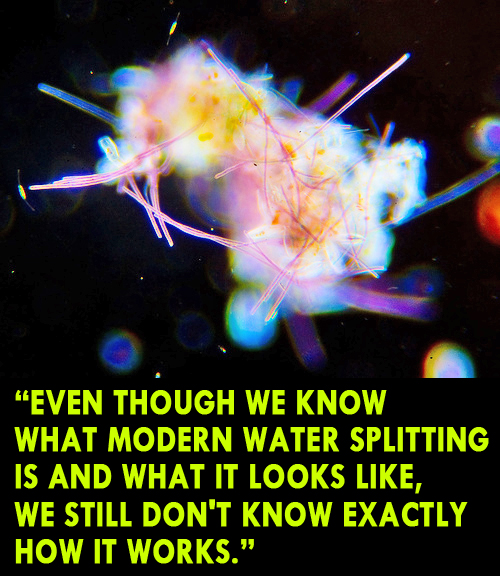 The findings, outlined in the Proceedings of the National Academy of Sciences, strongly support the idea that manganese oxidation—which, despite the name, is a chemical reaction that does not have to involve oxygen—provided an evolutionary stepping-stone for the development of water-oxidizing photosynthesis in cyanobacteria.

“Water-oxidizing or water-splitting photosynthesis was invented by cyanobacteria approximately 2.4 billion years ago and then borrowed by other groups of organisms thereafter,” explains Woodward Fischer, assistant professor of geobiology at Caltech and a coauthor of the study.

“Algae borrowed this photosynthetic system from cyanobacteria, and plants are just a group of algae that took photosynthesis on land, so we think with this finding we’re looking at the inception of the molecular machinery that would give rise to oxygen.”

Before the rise of oxygen

Photosynthesis is the process by which energy from the sun is used by plants and other organisms to split water and carbon dioxide molecules to make carbohydrates and oxygen.

Manganese is required for water splitting to work, so when scientists began to wonder what evolutionary steps may have led up to an oxygenated atmosphere on Earth, they started to look for evidence of manganese-oxidizing photosynthesis prior to cyanobacteria.

Since oxidation simply involves the transfer of electrons to increase the charge on an atom—and this can be accomplished using light or O2—it could have occurred before the rise of oxygen on this planet.

“Manganese plays an essential role in modern biological water splitting as a necessary catalyst in the process, so manganese-oxidizing photosynthesis makes sense as a potential transitional photosystem,” says Jena Johnson, a graduate student in Fischer’s laboratory at Caltech and lead author of the study. 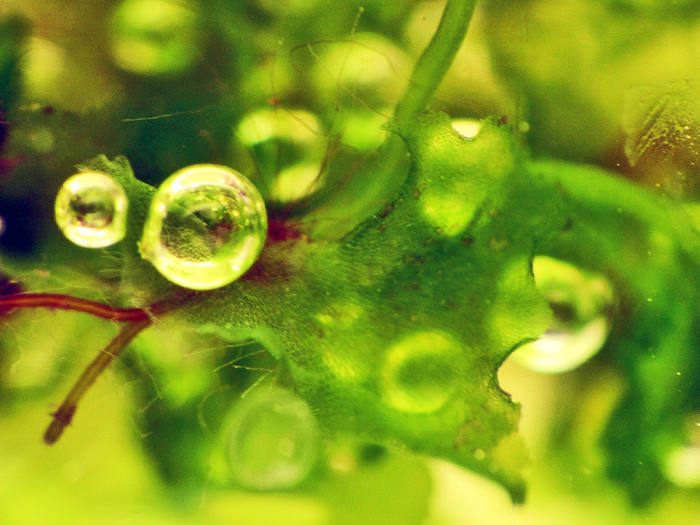 “Questions regarding the evolution of the photosynthetic pathway and the subsequent rise of oxygen in the atmosphere are critical for understanding not only the history of our own planet, but also the basics of how biology has perfected the process of photosynthesis,” says Samuel Webb. (Credit: BlueRidgeKitties/Flickr)

To test the hypothesis that manganese-based photosynthesis occurred prior to the evolution of oxygenic cyanobacteria, the researchers examined drill cores (newly obtained by the Agouron Institute) from 2.415 billion-year-old South African marine sedimentary rocks with large deposits of manganese.

Manganese is soluble in seawater. Indeed, if there are no strong oxidants around to accept electrons from the manganese, it will remain aqueous, Fischer explains, but the second it is oxidized, or loses electrons, manganese precipitates, forming a solid that can become concentrated within seafloor sediments.

“Just the observation of these large enrichments—16 percent manganese in some samples—provided a strong implication that the manganese had been oxidized, but this required confirmation,” he says.

To prove that the manganese was originally part of the South African rock and not deposited there later by hydrothermal fluids or some other phenomena, Johnson and colleagues developed and employed techniques that allowed the team to assess the abundance and oxidation state of manganese-bearing minerals at a very tiny scale of 2 microns.

“And it’s warranted—these rocks are complicated at a micron scale!” Fischer says. “And yet, the rocks occupy hundreds of meters of stratigraphy across hundreds of square kilometers of ocean basin, so you need to be able to work between many scales—very detailed ones, but also across the whole deposit to understand the ancient environmental processes at work.”

Using these multiscale approaches, Johnson and colleagues demonstrated that the manganese was original to the rocks and first deposited in sediments as manganese oxides, and that manganese oxidation occurred over a broad swath of the ancient marine basin during the entire timescale captured by the drill cores.

“It’s really amazing to be able to use X-ray techniques to look back into the rock record and use the chemical observations on the microscale to shed light on some of the fundamental processes and mechanisms that occurred billions of years ago,” says Samuel Webb, coauthor on the paper and beam line scientist at the SLAC National Accelerator Laboratory at Stanford University, where many of the study’s experiments took place.

“Questions regarding the evolution of the photosynthetic pathway and the subsequent rise of oxygen in the atmosphere are critical for understanding not only the history of our own planet, but also the basics of how biology has perfected the process of photosynthesis.”

Once the team confirmed that the manganese had been deposited as an oxide phase when the rock was first forming, they checked to see if these manganese oxides were actually formed before water-splitting photosynthesis or if they formed after as a result of reactions with oxygen.

They used two different techniques to check whether oxygen was present. It was not—proving that water-splitting photosynthesis had not yet evolved at that point in time.

“I think that there will be a number of additional experiments that people will now attempt to try and reverse engineer a manganese photosynthetic photosystem or cell,” Fischer says. “Once you know that this happened, it all of a sudden gives you reason to take more seriously an experimental program aimed at asking, ‘Can we make a photosystem that’s able to oxidize manganese but doesn’t then go on to split water? How does it behave, and what is its chemistry?’

“Even though we know what modern water splitting is and what it looks like, we still don’t know exactly how it works. There is a still a major discovery to be made to find out exactly how the catalysis works, and now knowing where this machinery comes from may open new perspectives into its function—an understanding that could help target technologies for energy production from artificial photosynthesis. ”

Next up in Fischer’s lab, Johnson plans to work with others to try and mutate a cyanobacteria to “go backwards” and perform manganese-oxidizing photosynthesis.

The team also plans to investigate a set of rocks from western Australia that are similar in age to the samples used in the current study and may also contain beds of manganese. If their current study results are truly an indication of manganese-oxidizing photosynthesis, they say, there should be evidence of the same processes in other parts of the world.

“Oxygen is the backdrop on which this story is playing out on, but really, this is a tale of the evolution of this very intense metabolism that happened once—an evolutionary singularity that transformed the planet,” Fischer says. “We’ve provided insight into how the evolution of one of these remarkable molecular machines led up to the oxidation of our planet’s atmosphere, and now we’re going to follow up on all angles of our findings.”

The Agouron Institute, NASA’s Exobiology Branch, the David and Lucile Packard Foundation, and the National Science Foundation Graduate Research Fellowship program funded the work. Joseph Kirschvink, Nico and Marilyn Van Wingen at Caltech, also contributed to the study along with Katherine Thomas and Shuhei Ono from the Massachusetts Institute of Technology.