U. ILLINOIS (US) — When faced with a choice between a deluge or a controlled deluge in May 2011 that would protect the city of Cairo, Illinois, the U.S. Army Corps of Engineers chose the latter.

But was ordering an intentional breach of the Mississippi River levee at Bird’s Point the right decision?

“The decision was a difficult and complex engineering problem with significant social and political trade-offs between loss of human lives and loss of properties in urban and rural areas,” says University of Illinois researcher Ken Olson. “But it was a calculated risk built on a growing body of river science and prior flooding experiences.” 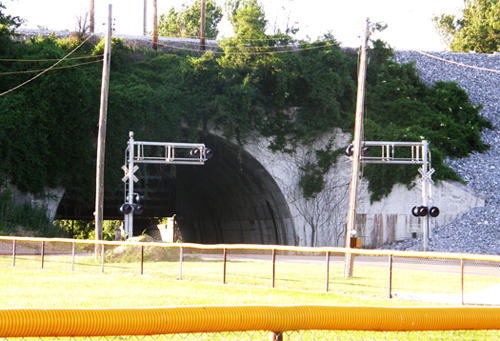 The failure of the seawall and levee system would have covered the city of Cairo with 22 feet of floodwater for days and could have resulted in significant loss of life and severe damage to more than 600 buildings in the area. (Credit: Lois Wright Morton) 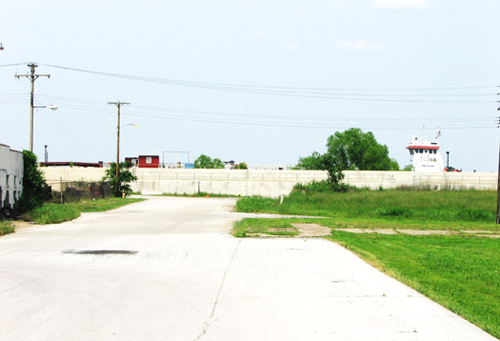 A tugboat rests above the Cairo seawall on the Ohio River. (Credit: Kenneth Olson)

The city of Cairo occupies a small sliver of land about 2 square miles or 1,300 acres in size, which is only 1 percent of the size of the New Madrid Floodway (210 square miles or 133,000 acres).

“Due to the size of Cairo and lack of an outlet, even if the sea wall or the earthen levee system which protects Cairo had failed, the filling of the city with floodwater would have done little to drop the record Cairo gauge peak of 61.72 feet on May 3, 2011, and threats to downstream levees would have continued to be a high concern.”

According to Olson’s study, published in the Journal of Soil and Water Conservation, the greatest danger to levee failure is constant water pressure against the levee. The weight of the river pushes water underneath the levee, creating boils and undermining the strength of the levee and its capacity to hold water. Consequently, allowing the levee to break on its own would have created much more damage.

“Cairo levee failure was a real possibility because there was a serious sand boil situation on the earthen levee which was apparently part of the reason the Corps of Engineers rushed to open the floodway on May 2nd,” Olson says.

By the end of April, the floodwaters on the levee and seawall at Cairo, Illinois, had reached 18.6 meters (61 ft) and were rising. “Floodwaters were starting to put significant pressure on the Cairo seawall and levee system with some seepage or sand boils.”

In Olson’s opinion, the failure of the seawall and levee system would have covered the city of Cairo with 22 feet of floodwater for days and could have resulted in significant loss of life and severe damage to more than 600 buildings in the cities of Cairo, Future City, and Urbandale, Illinois.

“Given that scenario, any Illinois citizens who failed to follow evacuation orders issued on May 1 would have been in serious trouble, and the Cairo levee or seawall breech could have resulted in the loss of life as well as significant damage to city infrastructure and buildings,” he says.

“This area, which is at a slightly higher elevation, could store water to a 10- to 15-foot depth, depending on the location, and also includes levee-protected Illinois farmland,” Olson says. “Ultimately, the Illinois agricultural land inside the Cairo seawall and levee system was protected from flooding, and there was no crop loss or soil damage.

“The Illinois cropland outside the levee was flooded before the 2011 crop was planted, and the water dropped sufficiently by June 10, 2011, to permit the planting of soybeans.”

More news from the University of Illinois: http://aces.illinois.edu/

Climate change may take a bite out of ketchup tomatoes