The labels work because an array of tiny pillars on the top of a surface effectively hides images written on the material beneath. Terry Shyu (above) compares the texture of the pillars to a submicroscopic toothbrush. The hidden images appear when the pillars trap moisture. (Credit: Joseph Xu/Michigan Engineering Communications & Marketing) 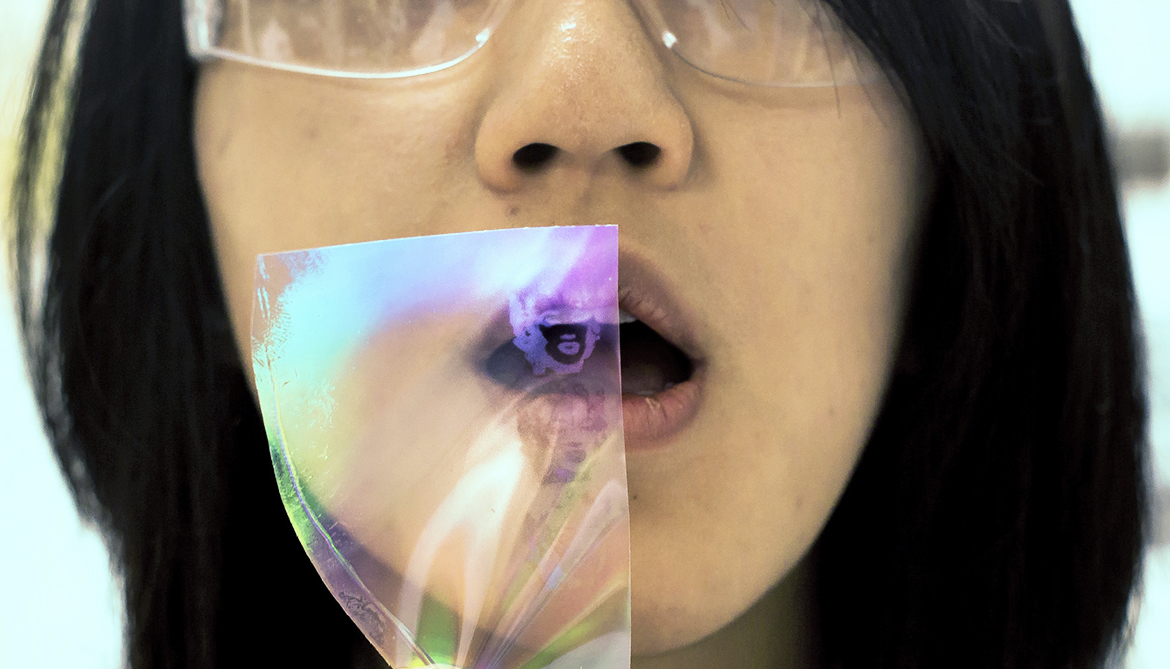 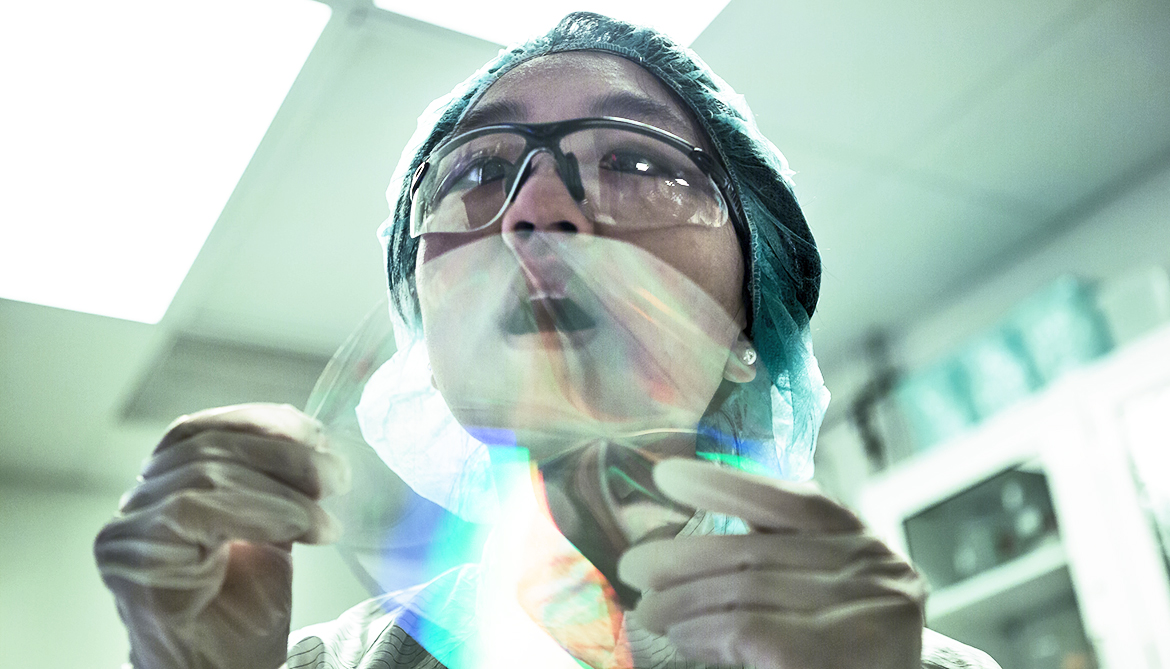 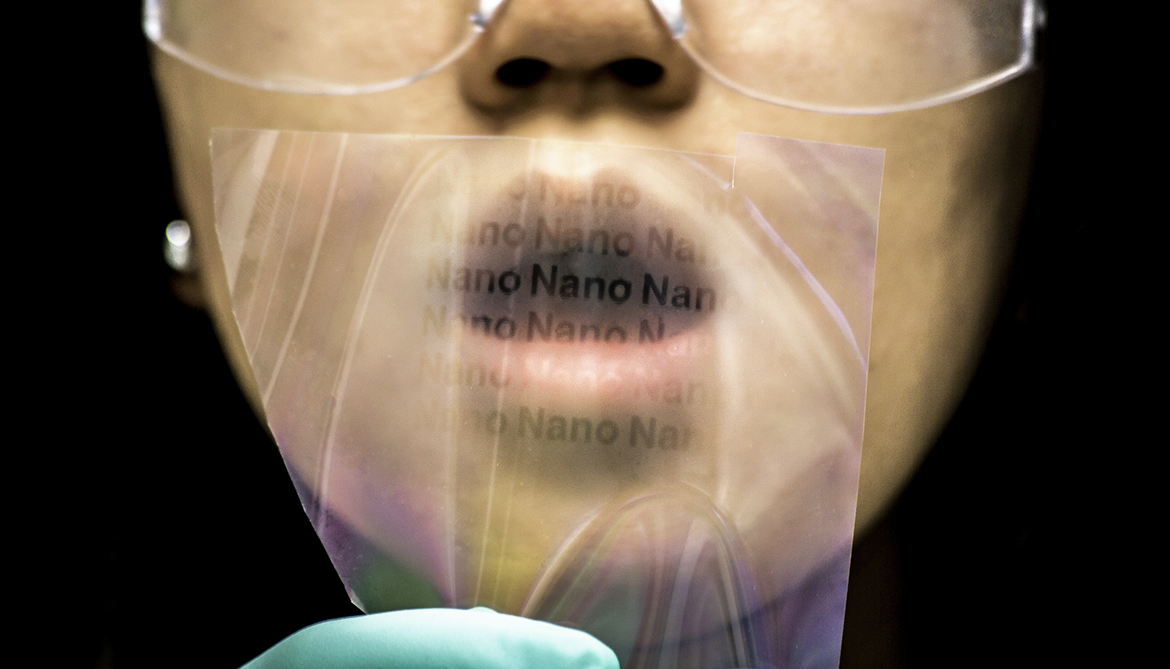 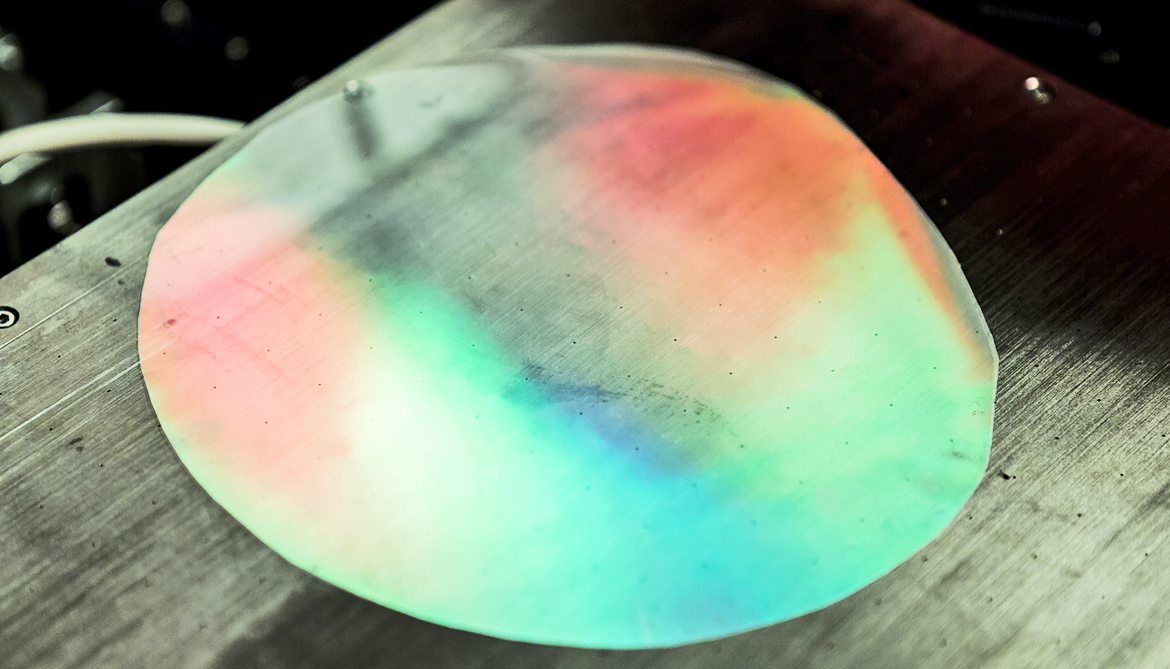 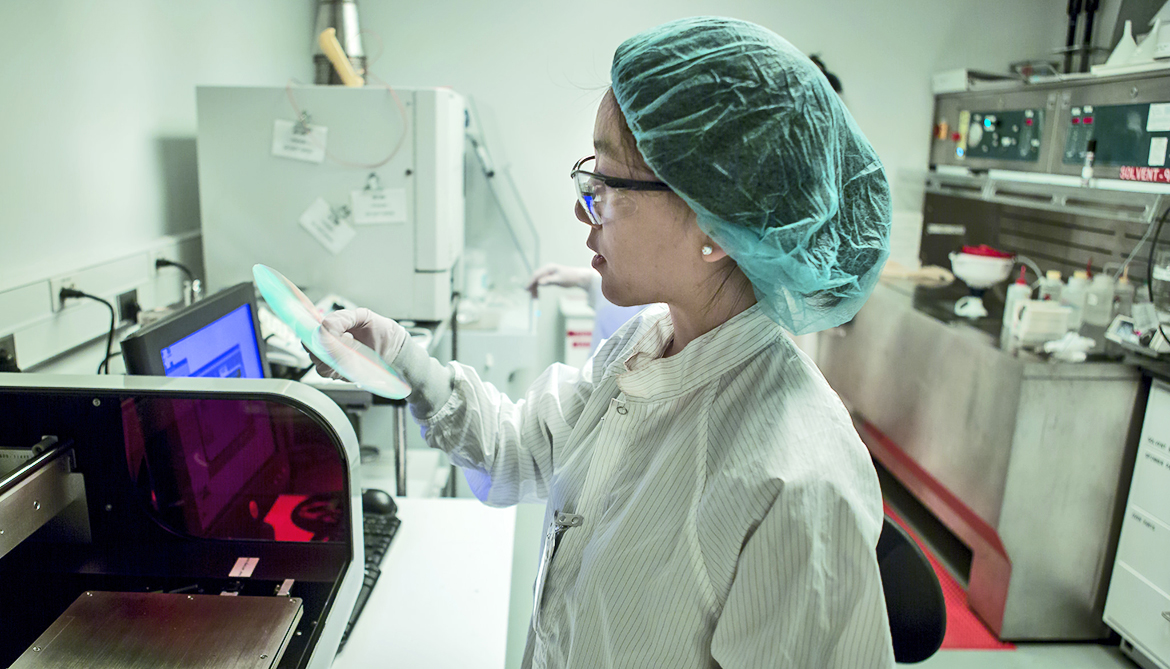 Counterfeit drugs make up to one-third of the pharmaceutical drug market in some countries. To fight back, researchers in the US and South Korea have developed labels that reveal an image when activated by a breath of air.

Fake drugs, which at best contain wrong doses and at worst are toxic, are thought to kill more than 700,000 people each year. While less than 1 percent of the US pharmaceuticals market is believed to be counterfeit, it is a huge problem in the developing world.

“One challenge in fighting counterfeiting is the need to stay ahead of the counterfeiters,” says Nicholas Kotov, professor of chemical engineering, who led the University of Michigan effort.

The method requires access to sophisticated equipment that can create very tiny features, roughly 500 times smaller than the width of a human hair. But once the template is made, labels can be printed in large rolls at a cost of roughly one dollar per square inch. That’s cheap enough for companies to use in protecting the reputation of their products—and potentially the safety of their consumers.

“We use a molding process,” Shyu says, noting that this inexpensive manufacturing technique is the same used to make plastic cups.

The labels work because an array of tiny pillars on the top of a surface effectively hides images written on the material beneath. Shyu compares the texture of the pillars to a submicroscopic toothbrush. The hidden images appear when the pillars trap moisture.

“You can verify that you have the real product with just a breath of air,” Kotov says.

The simple phenomenon could make it easy for buyers to avoid being fooled by fake packaging.

Previously, it was impossible to make nanopillars through cheap molding processes because the pillars were made from materials that preferred adhering to the mold rather than whatever surface they were supposed to cover. To overcome this challenge, the team developed a special blend of polyurethane and an adhesive.

The liquid polymer filled the mold, but as it cured, the material shrunk slightly. This allowed the pillars to release easily. They are also strong enough to withstand rubbing, ensuring that the label would survive some wear, such as would occur during shipping. The usual material for making nanopillars is too brittle to survive handling well.

The team demonstrated the nanopillars could stick to plastics, fabric, paper, and metal, and they anticipate that the arrays will also transfer easily to glass and leather. This work is reported in Advanced Materials.

The Defense Advanced Research Projects Agency, the National Science Foundation, the Korea Ministry of Science, Information and Communications Technology and Future Planning, the Ministry of Knowledge Economy, and the Korea Evaluation Institute of Industry Technology funded the project.