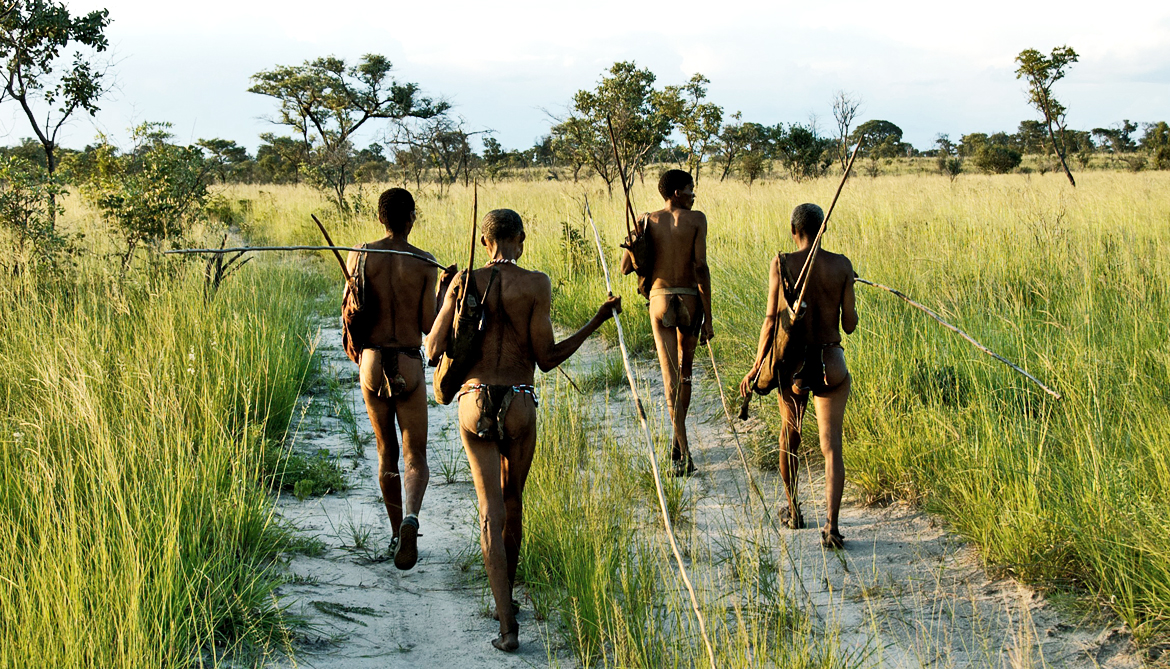 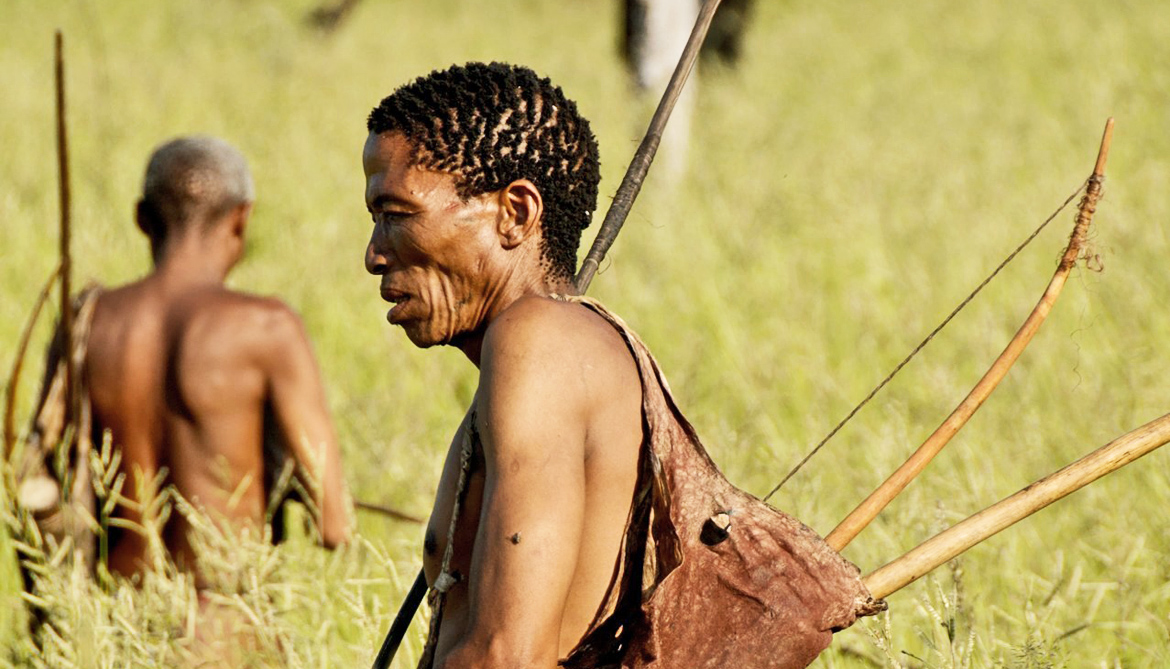 By comparing the genomes of isolated hunter-gatherers with those of 1,462 people from around the world, scientists have discovered that these Khoisan communities in Southern Africa constituted the majority of living humans for most of the past 150,000 years.

This group was once was so large that it comprised the majority of living humans during most of the past 150,000 years. Only during the last 22,000 years have the other African ethnicities, including the ones giving rise to Europeans and Asians, become vastly most numerous.

Now the Khoisan number about 100,000 individuals, while the rest of humanity numbers 7 billion. Their lives and ways have remained unaltered for hundreds of generations, with only recent events endangering their hunter-gatherer lifestyles.

The research also reveals that the inflow of new genes into the Khoisan peoples (some of whom call themselves “Bushmen”) has been quite restricted during this time, indicating that this large human community was physically isolated for most of its history and that the men typically did not marry women from other groups.

“Khoisan hunter/gatherers in Southern Africa always have perceived themselves as the oldest people,” says team leader Stephan Schuster, a former professor at Penn State who is now at Nanyang Technological University in Singapore.

These analyses reveal that Southern African Khoisans are genetically distinct not only from Europeans and Asians, but also from all other Africans.

“It is fascinating to unravel the population history of humankind over the last 150,000 years,” says first author Hie Lim Kim, formerly at Penn State and now at Nanyang Technological University.

With extensive computational analyses, the team demonstrates that two of the sequenced individuals showed no signs of having inherited any genetic material from members of other ethnic groups.

Interestingly, these individuals are the oldest members of the Ju/’hoansi tribe, which still live in protected areas of Northwest Namibia.

“This and previous studies show that the Khoisan peoples and the rest of modern humanity shared their most recent common ancestor approximately 150,000 years ago, so it was entirely unexpected to find that this group apparently did not intermarry with non-Khoisan neighbors for many thousand years,” says Webb Miller, professor of bioinformatics at Penn State and a member of the research team.

“The current Khoisan culture and tradition, where marriage occurs either among Khoisan groups or results in female members leaving their tribes after marrying non-Khoisan men, appears to be long-standing.”

The cultural and genetic persistence of the Ju/’hoansi tribe is intriguing, the researchers say, because genetic and genomic analysis of ancient hominid lineages such as the Neanderthals, as well as non-African humans, have shown that intermarrying does occur frequently in these groups and is traceable over the entire time span of 150,000 history during which anatomically modern humans have lived.

“We also observed gene flow for some of the other Khoisan groups, as defined by their largely varying language, but a key finding of this study is that, even today, individuals without genes from other communities can be identified within the Ju/’hoansi population and possibly others,” Schuster says.

“Having identified non-admixed Khoisan individuals, we could compare the effective population size of the Khoisan with that of other humans over more than 100,000 years,” says team member Aakrosh Ratan, an assistant professor at the University of Virginia.

“In a twist of fate, the major ethnic groups today in Africa, Asia, and Europe increased in size only after overcoming a population decline about 20,000 years ago.”

“This research report is the first time that this population decline was investigated based on whole-genome sequencing of the various human ethnicities,” Miller says.

“This decline did not affect the Khoisan population to the same degree as the reminder of humankind, because they did not share the same habitats and environments.”

The researchers say this reduction in population size likely occurred between 30,000 and 120,000 years ago—the period that includes the migration of modern humans out of Africa.

“While the exodus out of Africa resulted in a population bottleneck in itself, the population decline in Western Africa likely had environmental causes,” Schuster says.

Human survival has been ‘perilous’

The researchers also investigated the hypothesis that climatic changes resulted in less-favorable living conditions, first in Western Africa and later in all of central sub-Saharan Africa.

“Using a paleoclimate model and data, we were able to show that glaciation in the northern hemisphere resulted in drier conditions in Western/Central Africa, while wetter conditions prevailed in Southern Africa,” says Alvaro Montenegro, an assistant professor at Ohio State University and the Sao Paulo State University in Brazil.

He says that similar conditions have been recorded periodically throughout the last several 100,000’s of years and likely had a major impact on the ecosystems of the world.

“The decline in population was much less pronounced for the ancestral Khoisan populations living in Southern Africa,” says George Perry, an assistant professor of anthropology and biology at Penn State. “A hypothesis suggested by our new study is that the wetter climate conditions in the Khoisan-inhabited parts of Southern Africa may have resulted in more-favorable living conditions.”

The study highlights just how perilous modern human survival has been throughout history, which documents the extinction of many populations of animals during the same period of time. The climate likely was a major factor for the formation of favorable environments that sustained populations of early human hunter-gatherers.

The Khoisan participating in this study had parts of their genomes sequenced in an earlier study by the same team in 2010. The current study generated complete genome sequences at high quality, which enabled analysis of the addition of genetic material and population history.

“The availability of these high-quality Southern African genomes will allow further investigation at high resolution of the population history of this largely understudied branch of humankind,” Miller says.

The research, which involved six investigators, was led by Penn State and Nanyang Technological University. Other institutions participating in the study include Ohio State University and Universidade Estadual Paulista (UNESP, Sao Paulo State University) in Brazil.

Clovis only made stone tools for about 300 years

Did early humans cook with hot springs before fire?