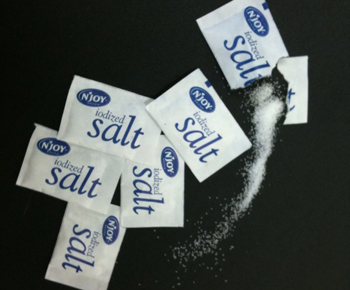 UC DAVIS (US)—Researchers have found compelling evidence indicating that humans naturally regulate their salt intake within a narrowly defined physiologic range. The new analysis questions the scientific logic and feasibility of the decades-long effort to limit salt intake in humans.

The finding comes as two federal panels begin work on 2010 Dietary Guidelines for Americans. The panels are considering nutrition policies that would lower current sodium intake recommendations and set in motion policies regulating the amount in food. The issue of whether sodium intake is a physiologic parameter that public policy cannot change has never before been considered.

Researchers from the University of California, Davis, and Washington University in St. Louis examined data from sodium intake studies worldwide and a critical body of neuroscience research on sodium appetite (innate behaviors that drive us to consume salt). The analysis is scheduled to be released online Thursday, Oct. 15, in the Clinical Journal of the American Society of Nephrology.

This study challenges the relevance of regulatory or legislative intervention by identifying evidence, which must be taken into account as U.S. guidelines are being reevaluated, and even more restrictive policies considered.

“If sodium intake is physiologically determined, then our national nutrition guidelines and policies must reflect that reality,” says lead author David McCarron, an adjunct professor with the Department of Nutrition at UC Davis. “It is unrealistic to attempt to regulate America’s sodium consumption through public policy when it appears that our bodies naturally dictate how much sodium we consume to maintain a physiologically set normal range. To do otherwise will expend valuable national and personal resources against unachievable goals.”

Further, the authors highlight neuroscience research in animal models demonstrating that sodium intake is tightly controlled by critical pathways in the brain to maintain optimal function of many physiologic functions.

“One purpose of these pathways is to ensure that the body is obtaining adequate sodium from the diet to fulfill physiologic needs.” Geerling says.

The 2010 Dietary Guidelines Advisory Committee and an Institute of Medicine Panel on Strategies to Reduce Sodium Intake are working to determine what the 2010 sodium intake guideline will be and how to implement strategies—including regulatory and legislative actions—to further lower Americans’ sodium intake.

According to study coauthor Judith Stern, professor of nutrition at UC Davis and a past member of the 1985 Dietary Guidelines Advisory Committee, “If this body of evidence is not taken into account, updates to the Dietary Guidelines or regulatory actions are based on partial science. Clearly, before dietary sodium intake can or should be modified, additional discussion and analysis are required.”

Earth’s oceans probably once had a lot more salt