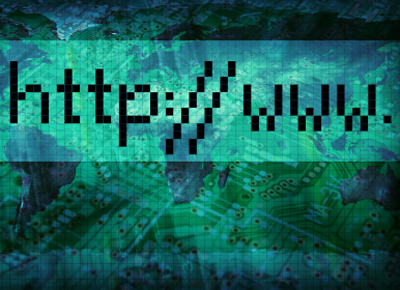 Fears of “exafloods” of traffic, brought on largely by video streaming, are unlikely, says Andrew Odlyzko. Such worries have caused some Internet-related businesses to consider, or advocate, a new pricing system based on use. If that happened, instead of paying a flat monthly fee, users would pay “by the byte.”

U. MINNESOTA (US)—Even as Internet traffic grows by as much as 50 percent a year, concerns that usage will eventually overwhelm the system are unfounded, according to work by mathematics professor Andrew Odlyzko.

“The Internet is growing rapidly, but at rates that can be accommodated by the current rate of improvement in technology,” says Odlyzko, a professor at the University of Minnesota and principal investigator for the Minnesota Internet Traffic Studies project.

In particular, fears of “exafloods” of traffic, brought on largely by video streaming, are unlikely, he says. Such worries have caused some Internet-related businesses to consider, or advocate, a new pricing system based on use. If that happened, instead of paying a flat monthly fee, users would pay “by the byte.”

A constant conflict exists between efficiency and fairness in markets, he says, and the Internet is no exception. The fairness issue is embodied in the “net neutrality” concept, which means no one owns the Internet and carriers can’t force users to, say, switch from their favorite search engine to another one.

But, says Odlyzko, net neutrality doesn’t preclude charging according to use, and that’s where the potential for conflict comes in.

“If you charge by the byte, usage drops. Metered pricing is a way for industry to shoot themselves in the foot,” Odlyzko argues. He says there are numerous historical instances where the public protested loudly against what it perceived as unfair pricing schemes.

The unlikelihood of exafloods due to video streaming and similar practices is based on data showing that they are not straining the system.

“It’s true that if public decided to abandon TV, or satellite TV, and get all their movies and news stories through the Internet, it would crash,” Odlyzko says. “However, we observe that people are not all that fast to change their habits. For example, about a third of the population has digital video recording, but even these people mostly watch traditional TV or cable.”

From the industry standpoint, the real concern is people who upload material, especially pirated material, which then gets copied and spread around, he says. Those practices can cause traffic to mount quickly.

Wireless networks, however, are under pressure. “The explosion in data usage on wireless networks, such as from smart phones and BlackBerries, is putting a strain on the networks,” he says, and it could lead to more constraints on the plans offered to consumers.

What’s needed is to collect information that reveals the balance between supply and demand so decision-makers can do the right thing. E-mail and texting are examples where the popularity of both was predictable, but took the industry by surprise.

“You need to collect data because people sometimes do unexpected things,” he observes.